The state-run Electricity Generating Authority of Thailand (Egat) and national oil and gas conglomerate PTT plan to jointly study a project to develop a floating storage re-gasification unit (FSRU), dubbed a giant ship, in the Gulf of Thailand to supply gas to a new power plant. 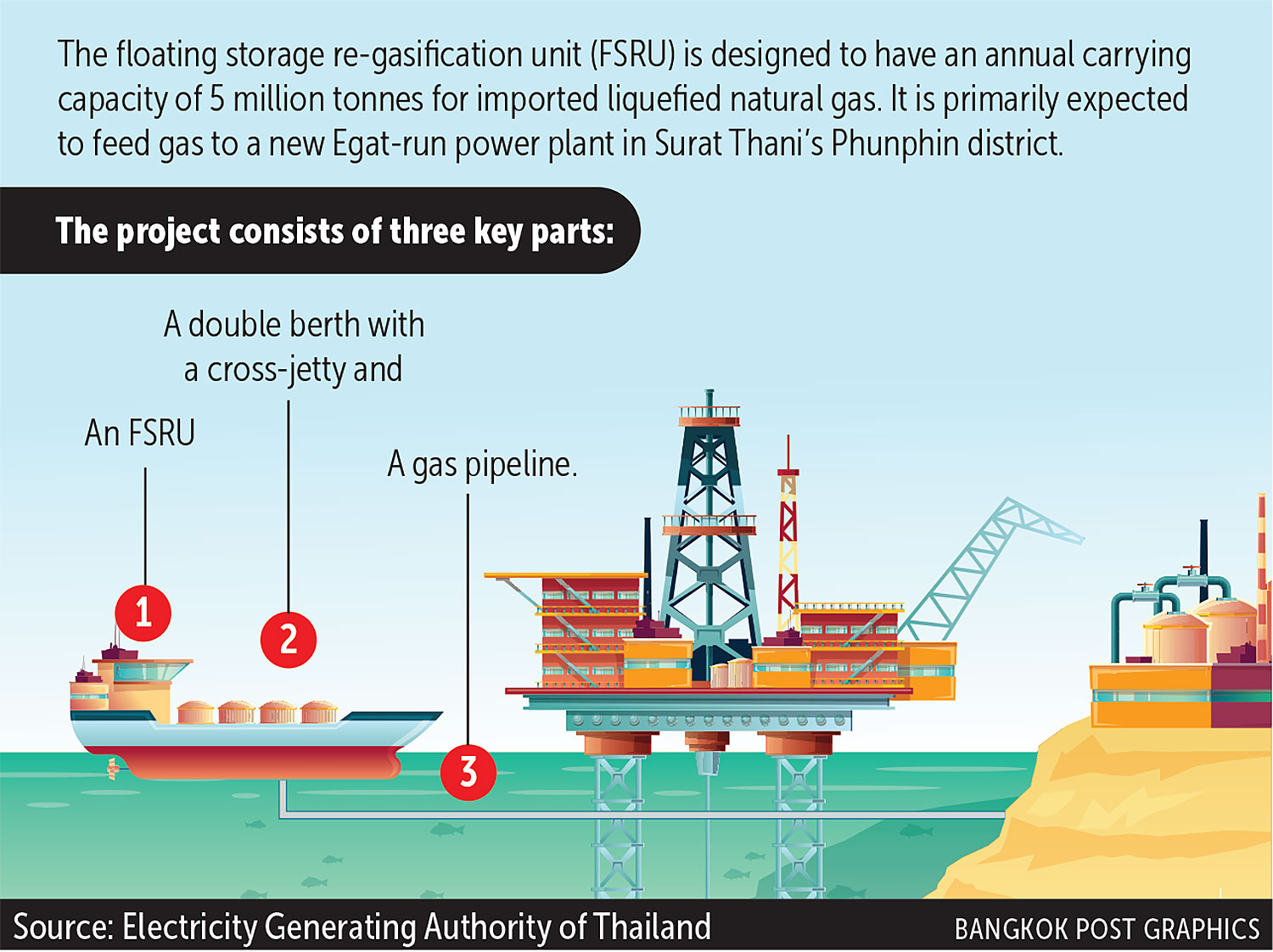 The plan is meant to help ease stress on the limited electricity supply in southern Thailand.

The FSRU is designed to have an annual carrying capacity of 5 million tonnes for imported liquefied natural gas (LNG).

It is primarily expected to feed gas to a new Egat-run power plant in Surat Thani's Phunphin district, said an energy official who requested anonymity.

Egat is preparing to start construction of the 1,400-megawatt plant pending state approval for its environmental impact assessment report.

The facility is expected to become operational between 2027 and 2029 and supply electricity to southern provinces where power demand is on the rise but fossil fuel supply for existing power plants is limited.

The official said FSRU is considered in line with the national power development plan 2018 (first revision).

The Egat-PTT study comes after the two agencies signed a memorandum of understanding in May last year on joint business development in the LNG supply chain.

Their cooperation is also the result of a decision by the National Energy Policy Council (NEPC) to scrap Egat's proposal to build a 24.5-billion-baht FSRU in the Gulf of Thailand to feed gas to its South Bangkok Power Plant.

In 2016, NEPC backed a feasibility study for a 5-million-tonne FSRU project, located 20 kilometres off the coast of Samut Prakan. Under the study, a gas pipeline would be built from the facility to the shore where another 38km section would link to the South Bangkok Power Plant. The regasification would be done off-shore. The official said the new FSRU project will be more commercially viable than the previous one.