The type of virus variants present in each country will serve as criteria to determine low to medium-risk countries and dictate the minimum required length stay for tourists in Phuket as other sandbox areas gear up for new reopening dates, according to the Tourism Authority of Thailand (TAT). 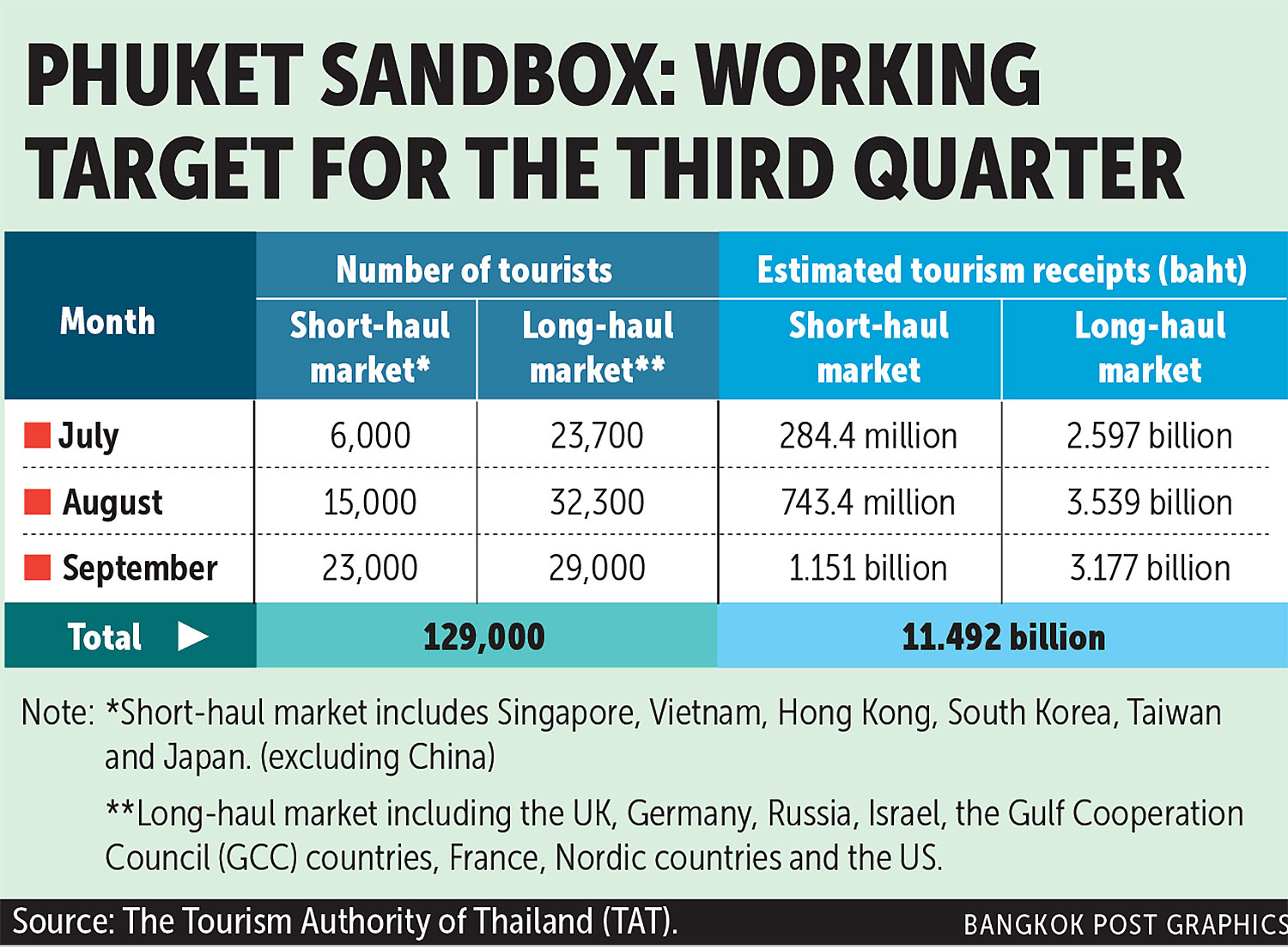 The emergence of the Indian variant which saw Thailand re-impose the 14-day quarantine requirement will affect the minimum length of stay of tourists in Phuket, which formerly set a minimum length of seven nights before visitors are allowed to depart to other domestic destinations, said TAT governor Yuthasak Supasorn.

However, there is no minimum stay in Phuket for short-stay tourists who want to visit only the island.

The Department of Disease Control will hold a committee meeting to evaluate risk countries by using virus variants as the criteria. This information will also be submitted to the Centre for Economic Situation Administration (CESA) on June 4 along with the city's reopening plan.

Mr Yuthasak said an official announcement of the Phuket sandbox model in the Royal Gazette will take place around mid-June after receiving approval from the Centre for Covid-19 Situation Administration (CCSA) and the cabinet.

The Phuket sandbox is expected to generate 11.49 billion baht in tourism receipts from 129,000 tourists in the first three months from 85,000 travellers in the long-haul market while short-haul countries, excluding China, will contribute 44,000 tourists.

"The agency is committed to its target of 3-4 million international arrivals this year, which is possible," Mr Yuthasak said in an online seminar held by the Association of Thai Travel Agents.

"The Phuket model will drive momentum into the high season in the last quarter and early next year as everyone is desperate to travel."

Starting from today, TAT's website has also launched "The Countdown to Reopen Phuket" campaign, aiming to bring foreign visitors such as travel agents and bloggers for trips.

The first group of tourists from the US, expected to arrive in early June, will see how Phuket has improved its supply-side while television crews from CNN have also made contact.

Moreover, other sandbox areas that want to change their reopening timeline will propose their plan to the CESA as well, said Siripakorn Cheawsamoot, TAT's deputy governor for Europe, Africa, the Middle East and the Americas.

Krabi and Koh Samui will welcome tourists in July under sealed routes in which tourists can take part in tour programmes on the fourth day after arrival.