A breath of fresh air
Business

A breath of fresh air

A farmer in Suphan Buri's Sam Chuk district replaces his rice crops with sugar cane, which consumes less water, though he is still plagued by drought. Patipat Janthong

Thai sugar cane output is expected to fall significantly this year because of drought, but millers and farmers may be able to cope with the decrease thanks to the government's bio-, circular and green (BCG) economic model.

The model sees sugar factories use parts of cane plants that are often seen as refuse for a fuel source, while farmers can generate more income by abandoning their traditional method of clearing the fields by burning, which is blamed for unleashing PM2.5 ultra-fine dust into the air.

BCG not only promotes a wiser use of resources with a minimum impact on the environment, but it also adds value to crops and leftovers from manufacturing.

Multi-billion-baht power and automotive industries need sugar cane as an alternative fuel, making the plants more valuable than simply being a raw material processed into sugar for use in the kitchen. This should allow farmers and millers to sell sugar cane across markets during periods of drought.

The sugar cane-crushing season, which started on Dec 10 last year, ended on March 31 this year.

One of Mitr Phol's sugar factories in the central region. Thailand's top sugar producer says the country has excellent potential to succeed in BCG industries.

The spotlight is on farm produce, especially sugar cane, as the government promotes the BCG model to drive an economic recovery and put Thailand on a path towards sustainable development.

Leaves and bagasse -- the fibre left after extracting the sugar-rich juice from the cane -- are among the renewable resources that can be used by the power generation industry.

Together with other agricultural refuse, they are burned to produce steam that can run a turbine to generate electricity.

Renewable organic materials or biomass are a core part of the bio-economy, which aims to turn them into energy, food or other value-added products, all of which represent a new source of revenue.

Up to 57 sugar factories in Thailand have announced they plan to buy sugar cane leaves from farmers at around 1,000 baht per tonne, said the Industry Ministry.

The price is determined mainly by where plantations are located and the supply of fresh leaves.

The move is a result of cooperation between the government, factories and farmers, with an agreement to work together to abandon sugar cane burning, which usually generates thick layers of haze, said Mr Siriwut. 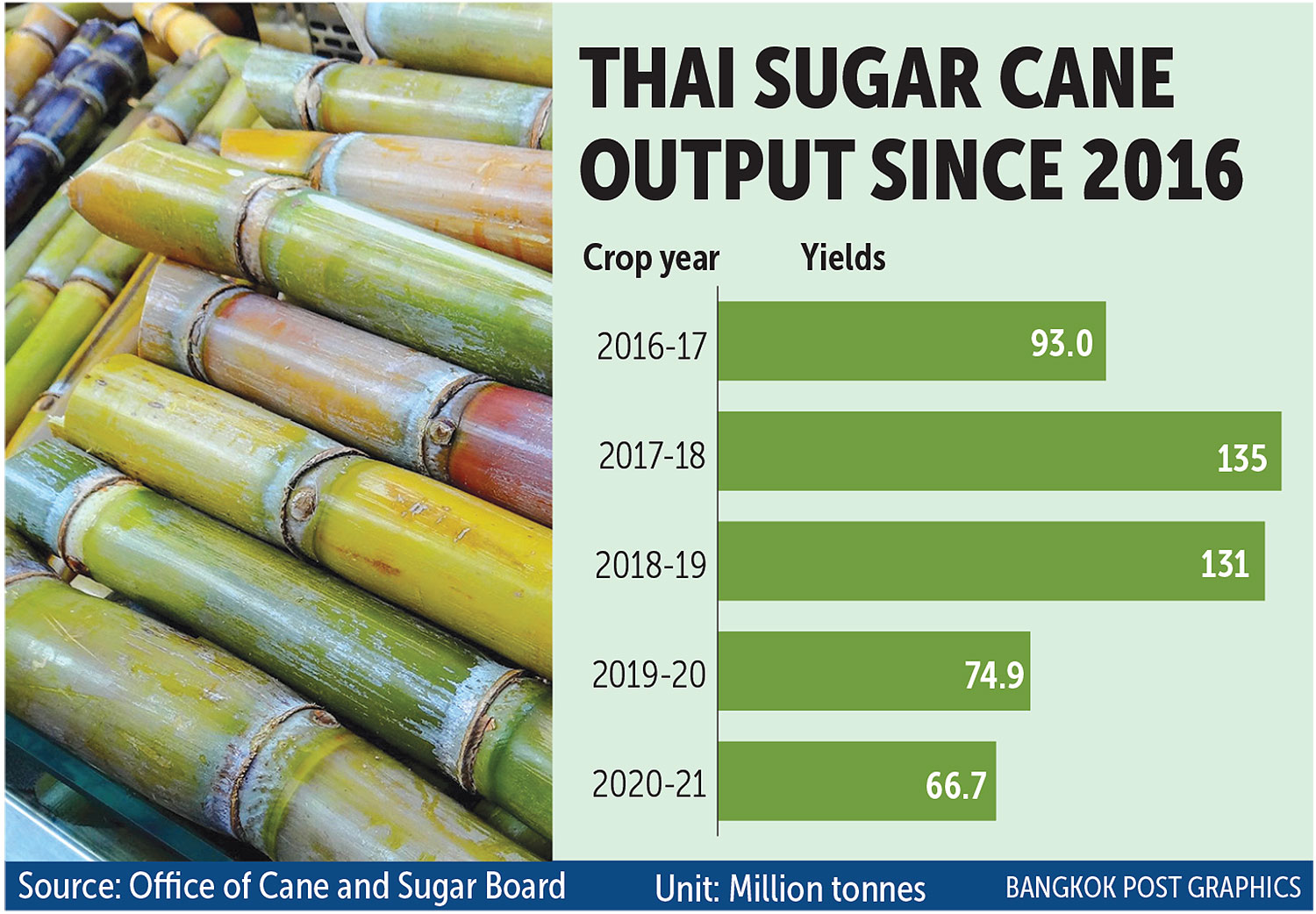 "Farmers prefer burning because it is easy and less time consuming, but the burning gets worse every year because of the drought," he said.

"The rainfall is insufficient to wash away airborne particles."

In the biochemical industry, molasses extracted from the plants can be used for ethanol production. The ethanol can be mixed at different proportions with gasoline to produce gasohol, or used on its own as a fuel for vehicles.

The latter method uses 100% ethanol as a fuel source to generate electricity, with the help of fuel cell technology.

The BCG economy is receiving serious attention from the government, which declared it as a national agenda to speed up development.

In January this year, his administration approved a five-year strategic plan lasting until 2026 to promote BCG.

When Thailand faced a drought and Covid-19 last year, Mr Siriwut urged farmers and millers to diversify from their core businesses and consider developing waste from sugar cane manufacturing processes into new products.

He said last year business adjustment is one way to survive economic uncertainty, including sluggish global sugar consumption caused by the pandemic. 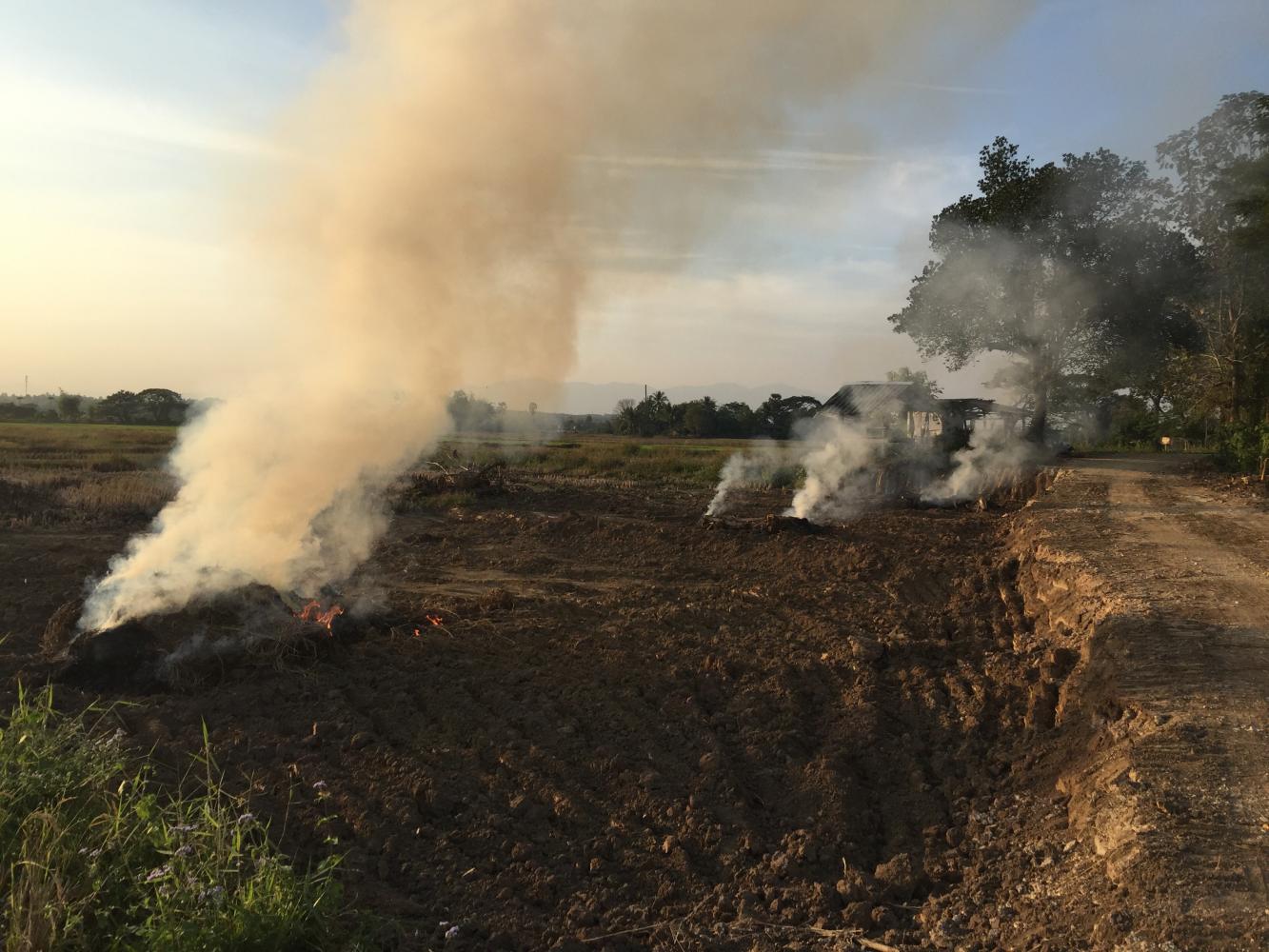 Haze is generated by the clearing of farmland.

The government also wants to take action on clean air, setting a goal to make Thailand free from sugar cane burning by 2022.

The Office of the Cane and Sugar Board (OCSB) is discouraging farmers from burning by deducting 30 baht per tonne of sugar cane collected through this environmentally unfriendly method, said OCSB secretary-general Ekapat Wangsuwan.

Fees collected from sugar cane burners is allocated to a fund to support farmers who cut fresh sugar cane, he said.

Up to 60% of sugar cane output is harvested by burning because of a lack of labourers, mostly migrant workers, to cut the plants, especially in central and eastern regions.

Despite the state ban on burning of plants in many areas, some farmers continue this easy and quick method of harvesting, said Mr Ekapat.

With more vigourous enforcement planned against the practice of burning, many farmers have relented.

That figure accounts for 73.6% of total output, compared with 26.4% of sugar cane supplied using the burning method, representing 17.6 million tonnes, a decline from 37.2 million tonnes the preceding crop year, according to TSMC.

Most farmers who cut sugar cane use mechanical harvesters. Only a small group still depend on human labour.

OCSB aims to reduce the area of plantation using burning by 1.2 million rai a year in a bid to get PM2.5 levels under control.

The figure 2.5 refers to the pollutant's tiny size, measuring just 2.5 micrometres in diameter. At just 1/20th the width of a human hair, PM2.5 can easily get lodged in the lungs, causing serious breathing difficulties. 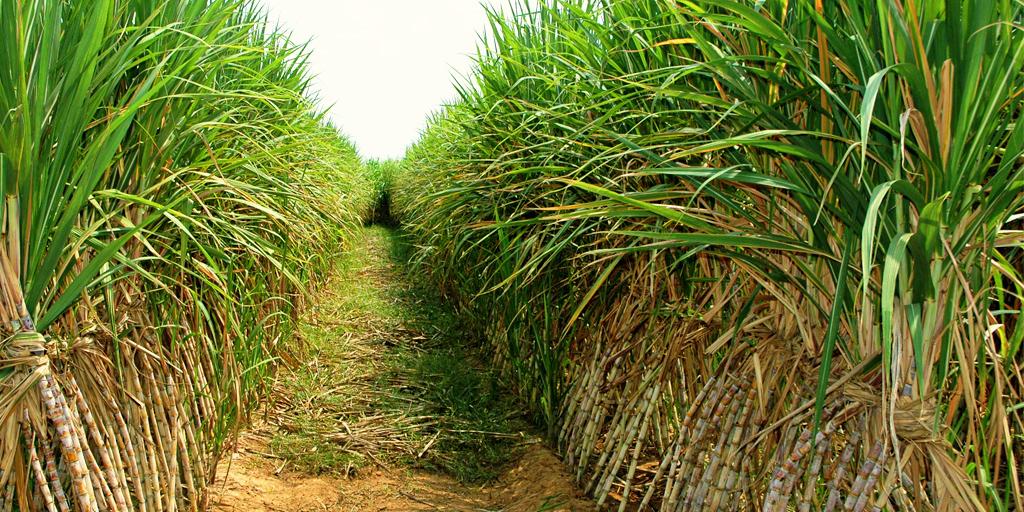 Like Thailand, some other sugar-exporting countries are also facing drought, which affects global sugar supply and may eventually increase its price.

"The global price stands at 15 cents [4.68 baht] per pound because of the reduction of sugar cane harvests around the world," said Mr Ekapat.

However, the price may not increase rapidly because Brazil, the world's biggest sugar exporter, will not use sugar cane to produce biofuel due to unattractive global crude oil prices caused by the impact of the pandemic.

Both sugar cane output and plantation in Thailand have declined since the 2018-19 crop year when output stood at 131 million tonnes from 12.1 million rai of plantations across country.

Drought, which was the worst in 40 years in 2020, is expected to continue to affect both farmers and factory operators in Thailand this year. 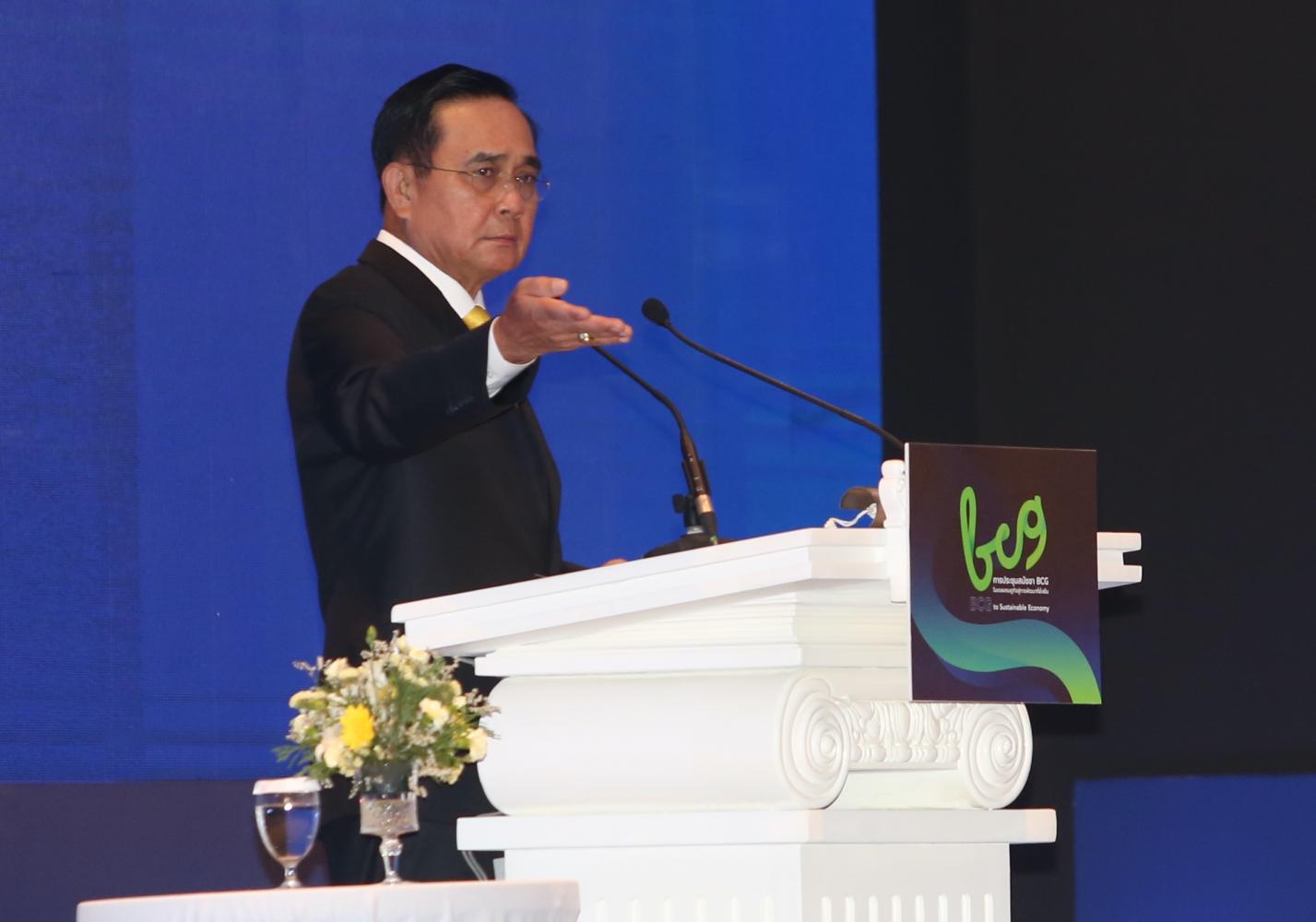 Stocks of cinemas, restaurants, retailers and department stores that were laggards during the lockdown can expect growth after the curfew is relaxed.