Electricity demand in Thailand can experience growth again, with an 0.8% increase in demand, in the second half of this year if 100 million doses of Covid-19 vaccines are administered to 50 million people under the state's mass inoculation scheme. 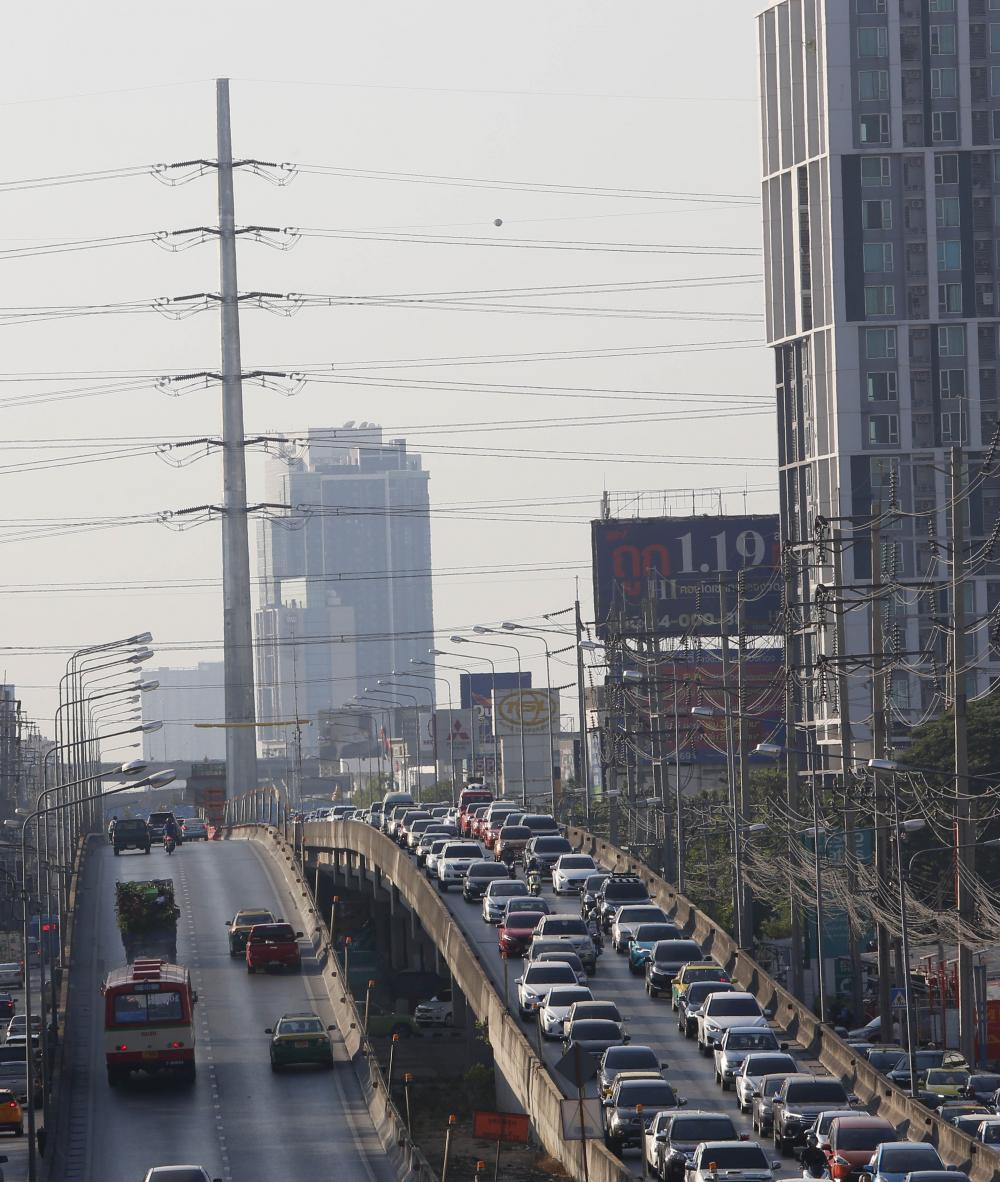 A high voltage electricity pole on Chaeng Watthana Road. Electricity demand in the country peaked on March 30 this year with consumption of 31,000MW, a 3.2% increase from peak demand on March 13 last year. Pattarapong Chatpattarasill

The third wave of Covid-19 has not only battered the economy but is also expected to decrease power demand by 0.32% from last year's consumption of 187.4 giga-watt hour (Gwh), said Kulit Sombatsiri, permanent secretary of the Energy Ministry.

Without vaccinating the population, power demand -- currently in the negative territory -- will not grow again until next year.

Electricity demand in the country peaked on March 30 this year, with consumption of 31,000 megawatts (MW), a 3.2% increase from peak demand on March 13 last year, said Mr Kulit.

However, the amount is still less than 32,000MW during peak hours in May 2019 in the pre-pandemic period.

Thailand uses natural gas as a key fuel for power generation. However, a worry over insufficient gas supply has emerged, following a legal dispute between US-based Chevron Corp and the Department of Mineral Fuels (DMF).

They two are at loggerheads over who will pay for the decommissioning of transferable assets as PTT Exploration and Production Plc takes over from Chevron to operate Erawan Gas Block in the Gulf of Thailand.

To prevent gas production from being interrupted, energy authorities will import more liquefied natural gas (LNG) to boost reserves of national gas supply and sign contracts to buy more gas from other producers in the Gulf.

"We are planning to curb electricity generation costs through LNG imports in order to avoid higher living costs in the post-Covid-19 period," said Mr Kulit.

To help the government restore the domestic economy, state-owned Electricity Generating Authority of Thailand (Egat) and national oil and gas conglomerate PTT Plc will step up their capital spending to help the country generate jobs through energy infrastructure development in addition to securing energy supply.

Egat's projects include the development of nine floating solar farms, with combined capacity of 2,750MW, at its hydroelectric power plants nationwide.

It also plans to increase the number of electric vehicle charging outlets and modernise the grid to pave the way for a peer-to-peer power trade scheme in the future.

PTT, together with its subsidiaries, will allocate capital spending worth 800 billion baht over the next five years to oil and gas exploration and production projects, upgrade oil refinery and petrochemical production and invest in new non-oil businesses.