As of June 11, foreign investors have reported net buying of bonds worth 52.1 billion baht, the first time in two years the group has been a net purchaser, attributed to attractive returns and low inflation supporting the stability of the baht. 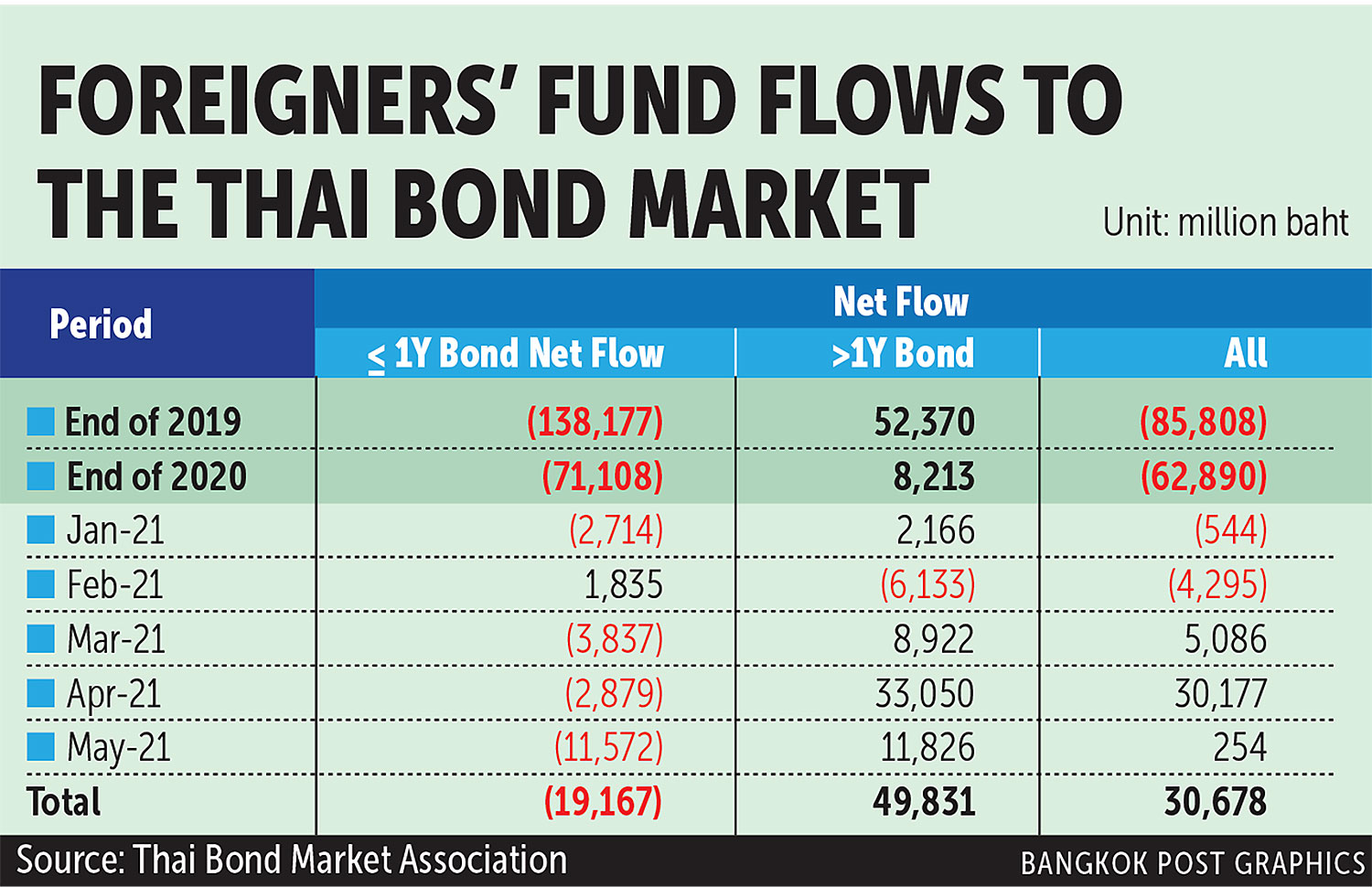 Ariya Tiranaprakit, executive vice-president of the Thai Bond Market Association, said foreigners' net buying comprised about 50 billion baht worth of purchases of long-term bonds with a maturity of more than one year, which offset net selling of short-term bonds, including losses from bond expiration and profit-taking worth 19 billion baht.

The total value of outstanding bonds held by foreign investors stands at 875 billion baht, with most of them bonds with longer maturity, comprising about 800 billion.

"This is a good signal as the average duration of bonds held by foreigners picked up slightly to 9.57 years from 9.47 years," Ms Ariya said.

Kobsidthi Silapachai, head of capital markets at Kasikornbank (KBank), said the inflation rate in Thailand is likely to remain low in the future as the country is becoming an ageing society, in which low inflation can be expected.

"Thai bonds will become more attractive to foreign investors if the baht strengthens," he said.

KBank expects the baht to settle at 29.75 to the US dollar at the end of this year as the US government still has to borrow immensely to finance its stimulus packages, while the Federal Reserve is unlikely to taper its quantitative easing this year.

Win Phromphaet, executive vice-president at Bank of Ayudhya, said Krungsri Research forecasts the baht to reach 30.5 per dollar at year-end.

Local institutional investors are also expected to invest more in the bond market, such as the Social Security Office once the economy starts to recover, giving it more funds to invest.

Mr Win said the Thai bond market has low inflationary pressure as the Thai economy is unlikely to see as fast a recovery as the US.

"The situation has improved. There are no corporate bond defaults this year and the credit spread of 1.5% on top of three-year government bonds is about two times larger than before the pandemic, reflecting higher yields with lower risks," he said.