The Phuket plan will kick-start the government's hopes to reopen the country in 120 days, or in October.

From July 1, Phuket will waive quarantine requirements for foreign tourists who have been fully vaccinated against Covid-19 under the "Phuket Tourism Sandbox" model. 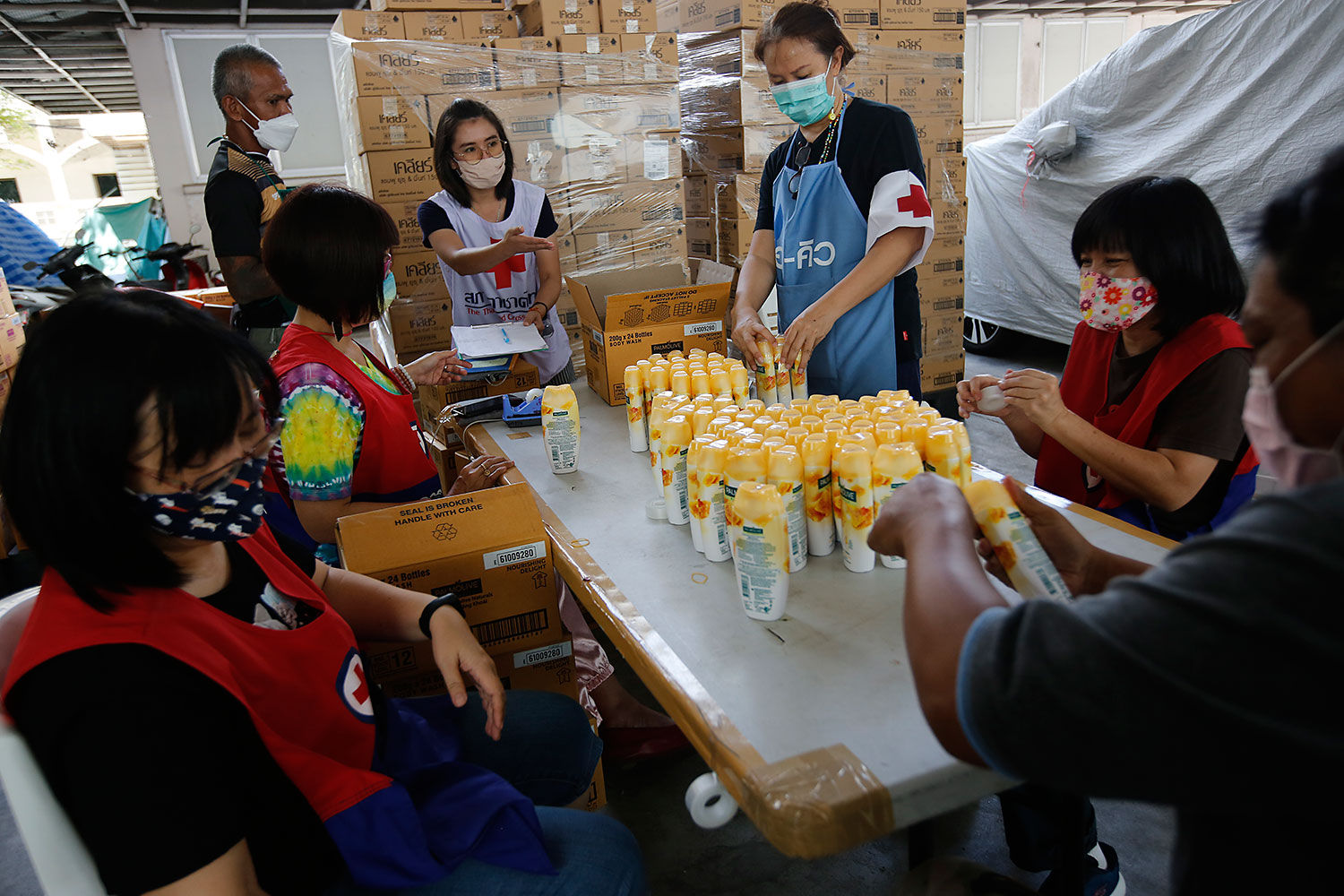 Youth join Covid relief effort: Volunteers pack instant noodles and other dry food to be distributed to elderly people affected by Covid-19. The Thai Red Cross Society is recruiting youth volunteers to help with its activities which will continue until June 26. (Photo: Wichan Charoenkiatpakul)

The model is being touted as a model for the reopening of the tourism industry.

Mr Narong said that all parties are speeding up preparations to ensure the reopening proceeds smoothly as planned.

"We want to see a smooth reopening," Mr Narong said.

"Our main goal is to be able to revive the local economy and prevent the spread of the pandemic at the same time. We hope we can show people in Phuket and in other parts of the country what benefit they will gain from the reopening."

He stressed that strict disease control measures must remain in place so that the province would not be put in a lockdown again.

Under the Phuket Sandbox model, foreign arrivals must come from countries where the Covid-19 situation is under control or the number of infections is moderate or low.

They should also have had both vaccine doses at least 14 days before travelling to Thailand and the vaccine they received must be authorised by the World Health Organization.

They should also have a Covid-free certificate issued within 72 hours of arriving in the country, 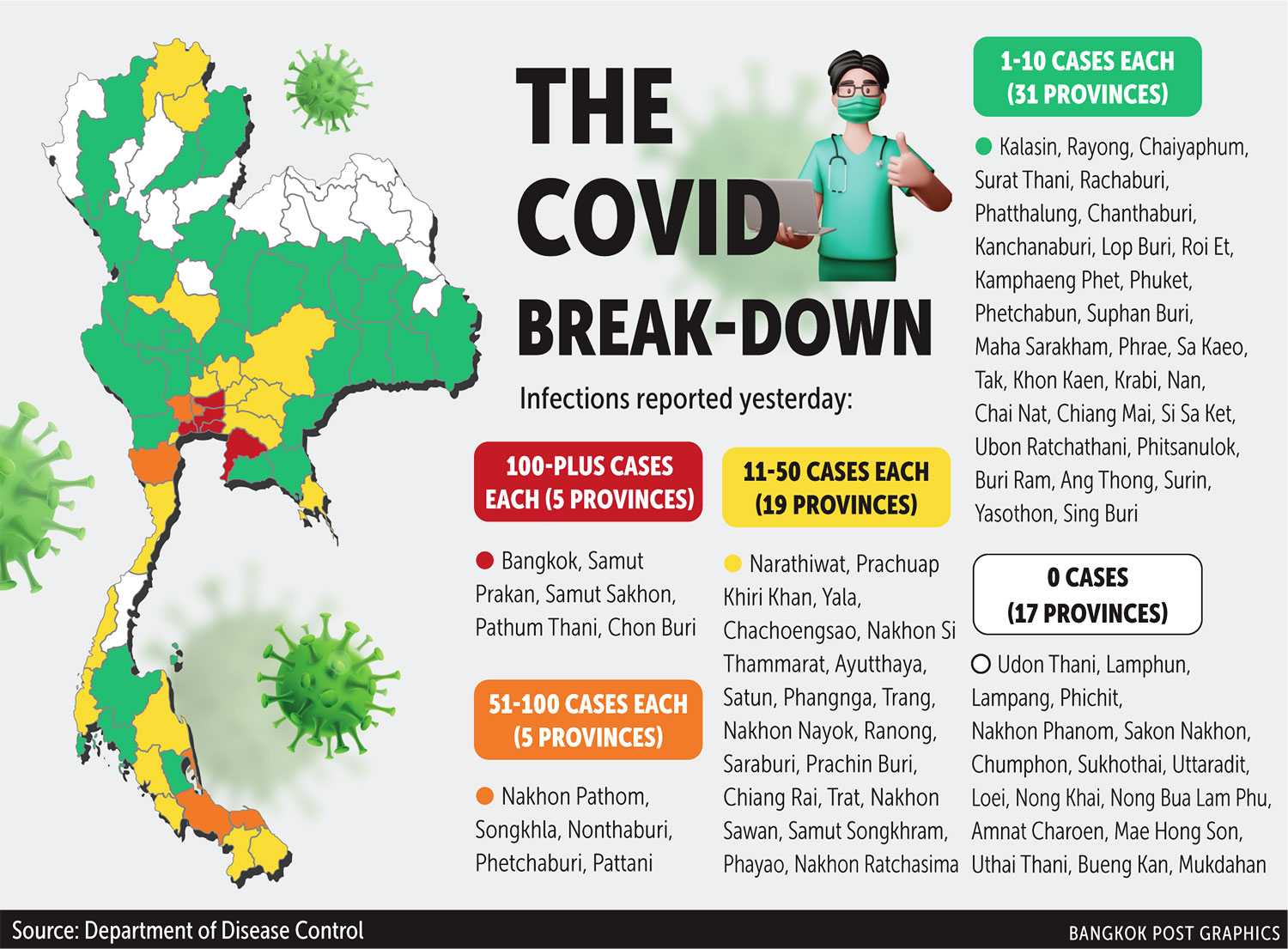 A Covid-19 check will be done on their day of arrival, followed by further tests on days six and 12. They must also stay and travel inside Phuket for two weeks and only then can travel elsewhere in the country, provided all their Covid tests produce negative results.

As for the readiness of hotels, restaurants and other businesses, the TAT has arranged hotels which have Safety and Health Administration (SHA) Plus hygiene standards certifications.

As of Thursday, 350,871, about 75% of Phuket's target population of 466,587, had been injected with a first shot of a Covid-19 vaccine, while 193,042 had received their second shot, Chalermpong Sukhonthapol, director of Vachira Phuket Hospital, said.

Efforts are under way to speed up the second shots to create herd immunity in time for the July 1 reopening, Dr Chalermpol said.

Thanakorn Wangboonkongchana, a secretary to the PM's Office Minister and spokesman for the Centre for Economic Situation Administration, wrote on Facebook that he visited Phuket and had a chance to speak to local vendors, hotel employees and airport staff.

"They said they were ready to welcome back tourists on July 1," he posted. "They were excited and pledged full cooperation."

Mr Thanakorn said the Phuket Tourism Sandbox plan is expected to draw more than 129,000 foreign tourists and generate a cash flow of about 15 billion baht between July and September.

If it proves to be a success, the Phuket reopening will serve as a model for other tourist provinces to follow, he posted.

He added all parties were working to prepare for the Phuket reopening.