A restaurant employee wears a face mask while waiting to welcome customers at an eatery on Silom Road. (Photo by Somchai Poomlard)

"Restaurant operators feel hopeful after the premier on Wednesday set a goal of fully reopening the country to foreign visitors within 120 days to pave the way for an economic recovery, but we are still waiting for relief from the government," said Mrs Taniwan.

She said although dine-in services at restaurants in strictly controlled zones, known as dark red zones, have been allowed to resume since May 17, restaurants in those areas can only operate at 25% capacity, meaning a table for four can only accommodate one diner.

"The pandemic has had a huge impact on eateries. Some 50,000 restaurants are already out of business and another 50,000 are close to throwing in the towel," she said. 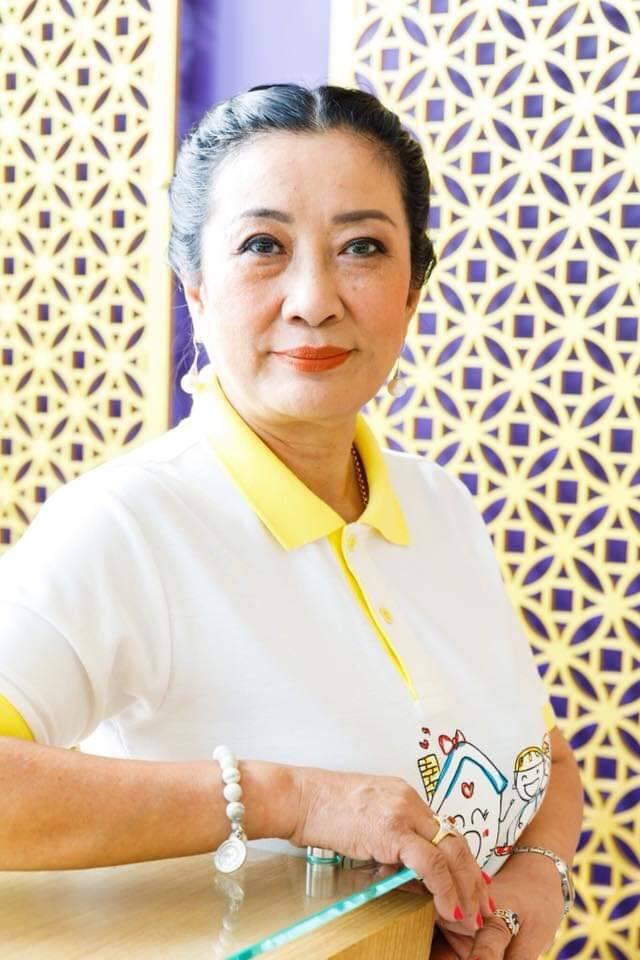 "Some restaurant owners only have enough money to pay staff for two months."

Mrs Taniwan said the association would like the government to expedite a fast-track loan scheme valued at 300,000-500,000 baht for each restaurant operator, delay their value-added tax payments for six months, and support a 30% discount on water and electricity bills.

Moreover, she said the government should further ease its Covid-19 restrictions, including allowing dine-in services until midnight in dark red zones, rather than maintaining the current restriction of closing at 9pm.

On Friday, the Centre for Covid-19 Situation Administration agreed to ease its restrictions, included allowing dine-in services until 11pm at restaurants in dark red zone provinces.

Air-conditioned restaurants in these high-risk areas were also granted permission to operate at 50% of their capacity, but serving alcohol in these areas remains prohibited.

"Restaurant operators welcome the premier's roadmap to reopening our country in 120 days, but such a plan does not help the restaurant industry if the government does not respond to our requirements," she said.

In addition, to make consumers more confident about eating out and improve market sentiment, Mrs Taniwan said the association is calling on the government to prioritise vaccination to people residing in dark red zone provinces, including Bangkok.

She also insisted the government strictly control the entry of illegal foreign workers and speed up the vaccination process to prevent fresh outbreaks.