Thailand clocked 5G download speeds of 122.5 megabits per second (Mbps), based on an analysis by Opensignal which collected data from March 1 to May 29 this year.

Thailand was in seventh position for peak 5G download speeds at 414.9 Mbps and third in terms of 5G upload speed at 26.4 Mbps.

According to Opensignal, Singapore was fifth in 5G download speed rankings despite just launching 5G services in the second half of last year.

"This is especially interesting for Singapore because operators there have a limited amount of mid-band 5G spectrum available than operators in other markets," Opensignal said in its statement. 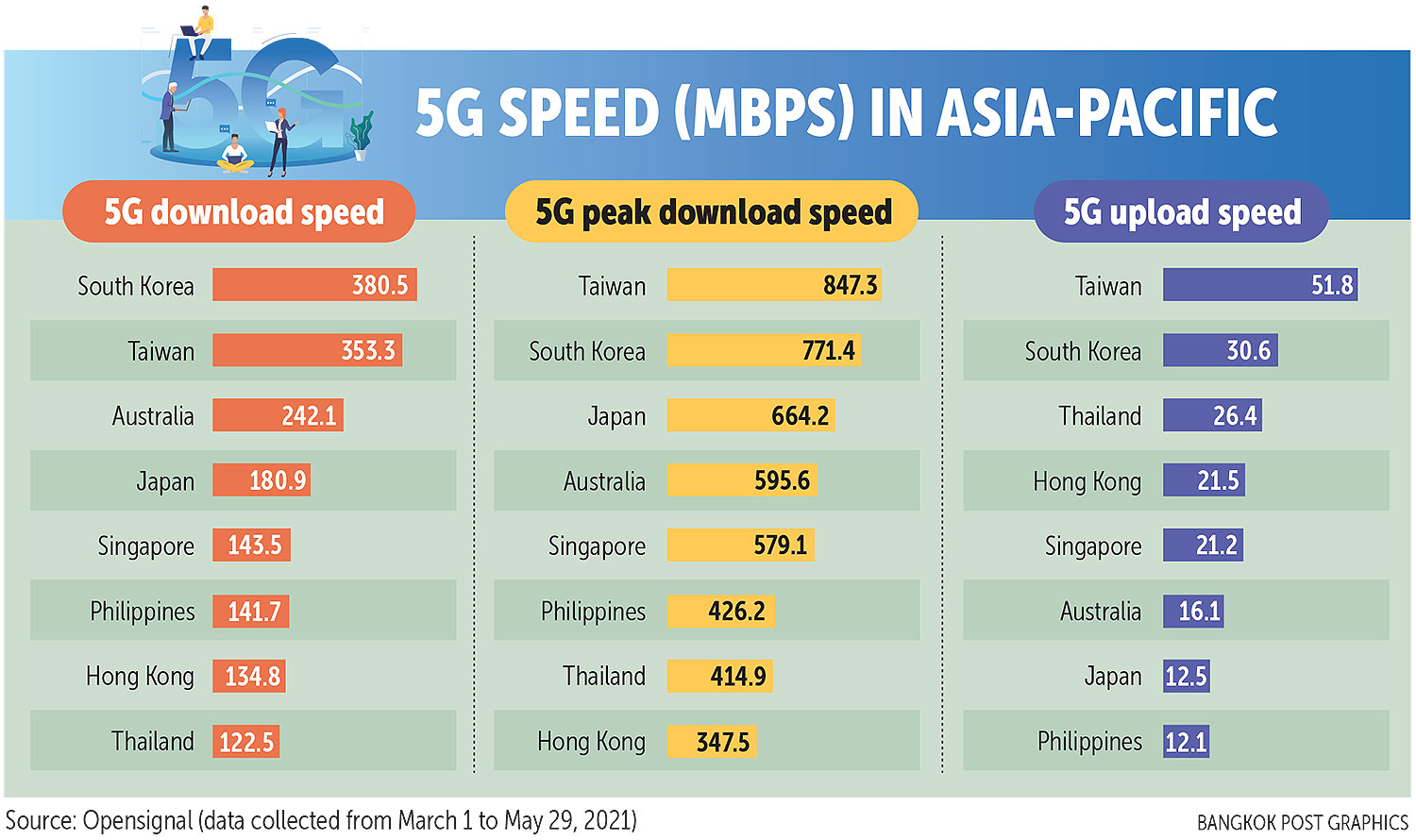 Thailand ranked fourth in terms of 5G video experience with a speed of 80.7 Mbps, behind Taiwan with 84.1 Mbps, South Korea with 82.3 Mbps and Hong Kong with 81.6 Mbps, respectively.

"All the APAC markets Opensignal analysed enjoyed excellent 5G video experience at 75 Mbps or above," the company said.

Thailand ranked fifth in 5G gaming experience with 82.2 Mbps while South Korea was on top with 90.4 Mbps and Singapore in second place at 87.2 Mbps.

Opensignal also compared markets on how much time on average 5G users spend connected to 5G service (5G availability) and the number of locations in which 5G users have access to a connection.

The top three in both categories were Hong Kong, South Korea and Taiwan, respectively.