Even with the pandemic in Thailand surging, including new infections in the Phuket sandbox scheme, the country is unlikely to turn its back on reopening to tourists as the sector remains a lifeline for people struggling to survive financially during the crisis. 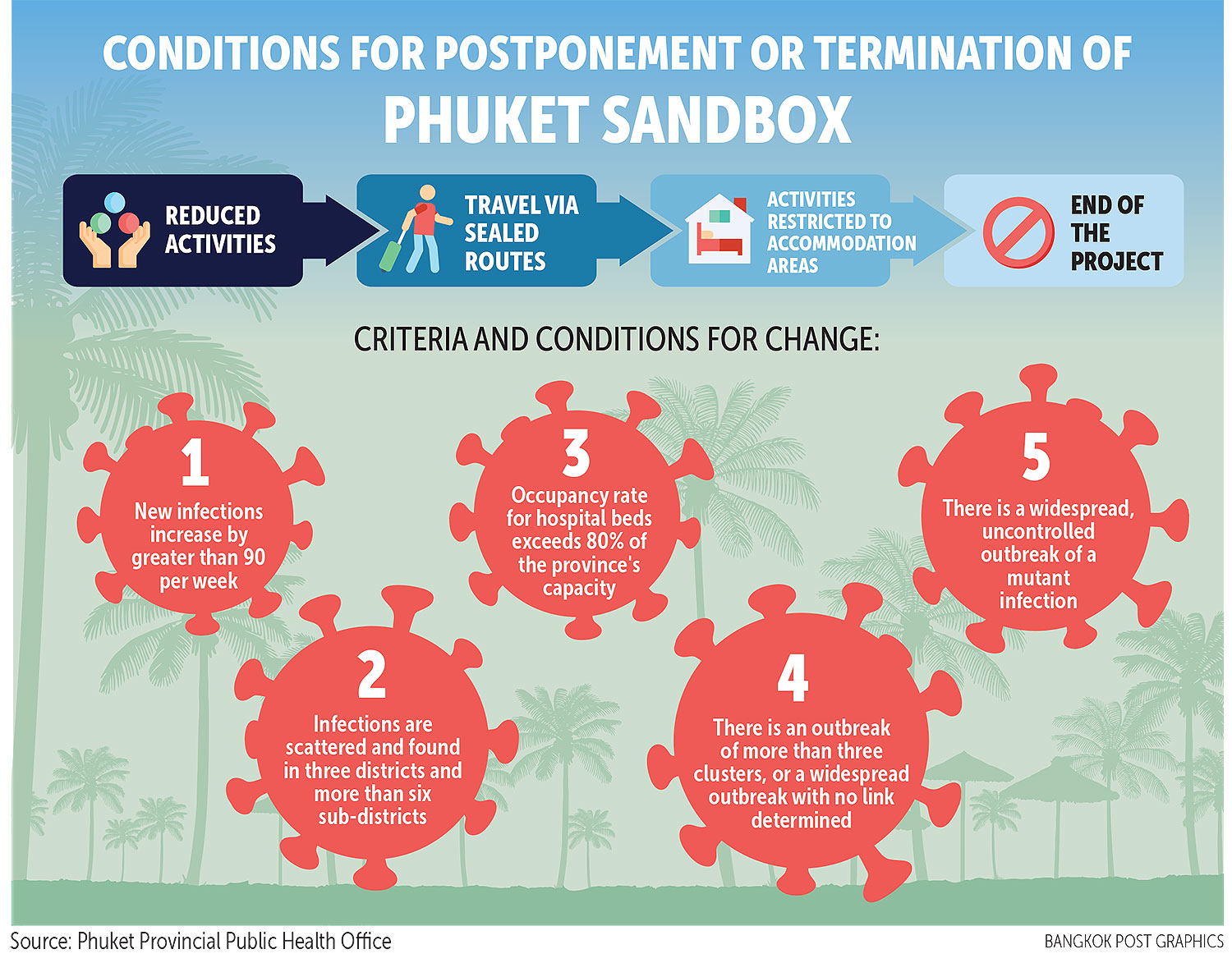 Phuket reported 40 new Covid-19 cases on Tuesday, which is the highest since the sandbox started. A full 191 virus patients have been admitted to hospitals on the island.

Since the start of the Phuket sandbox on July 1 for inoculated travellers, there have been 11,806 arrivals to the province, of which 26 persons were detected to have Covid-19.

The majority of new cases in Phuket are from residents, particularly those who fled from dark red provinces to the island with the hope of finding a job.

Phuket remains the only province coded yellow, meaning requiring close surveillance, while most of the country is deemed dark red or red zones, requiring maximum or strict control.

The reopening initiative led hotel bookings for the province to total 278,623 nights between July and September.

Even though that number remains a far cry from the 1 million visitors per month logged before the pandemic, it provides a glimmer of hope on the island, luring people who lost their jobs and are struggling to earn a living.

However, the province plans to tighten screening measures for Thai travellers, requiring them to show both negative Covid-19 tests and proof of vaccination, as more people flock to the province to find a job.

"After a discussion with the provincial governor yesterday, the province will not stop the Phuket sandbox. But we have to stay on high alert and try to decrease daily infections over the next seven days to allow the programme sustain in the long run," said Yuthasak Supasorn, governor of the Tourism Authority of Thailand (TAT).

He said total cases might already exceed 90, which is one criteria listed to terminate or postpone the sandbox, but the province is convinced there's no other high-risk factors, such as widespread transmission or insufficient hospital beds, that should temper a reopening, he said.

"We have to keep this fortress steady as the province is a test run for other destinations. For example, Samui has most of its international visitors flying from the Phuket sandbox, rather than its Samui Plus model," said Mr Yuthasak.

As of July 26, the number of vaccinated tourists who enrolled in Samui Plus totalled only 64, while those who finished a 14-day mandatory stay in Phuket and continued their vacation in Samui numbered 158.

More islands in the Andaman Sea are hoping the sandbox can survive, as the cabinet yesterday endorsed the plan to allow tourists from the Phuket scheme to travel to Krabi and Phangnga after spending just seven nights in Phuket.

Krabi, which is a dark red province, is preparing to open some its Covid-free islands to tourists from Phuket. The province still has a low vaccination rate, as do most provinces.

Sasithorn Kittidhrakul, president of the Krabi Tourism Association, said while Krabi is one of the 10 pilot destinations designated for vaccinated foreign arrivals, without a 70% vaccination rate, it cannot resume reopening like Phuket.

The TAT admits it needs an extra effort in public persuasion as the US, EU and some countries in Asia downgraded Thailand from their safe travel lists.

"We have to work two times harder to convince the international community Phuket is safe for travel, which is difficult when Covid-19 cases are peaking nationwide," said Mr Yuthasak.