Cloud kitchens are here to stay

After being dealt a heavy blow by closures of facilities at retail complexes, restaurant operators are increasingly turning to creative solutions to serve the growing delivery market, writes Pitsinee Jitpleecheep

Restaurant chains are moving their kitchens to unlikely places such as petrol stations and cooking schools as a stopgap until their regular outlets in shopping complexes are able to reopen.

Operators like After You Dessert Cafe, Zen Japanese restaurant, Kub Kao Kub Pla, Thongsmith, Bar-B-Q Plaza and Kouen restaurant are all pursuing creative approaches such as temporary cloud kitchens to deal with the shortfall in production capacity because of the closure of sites in commercial business districts and prime locations.

Temporary cloud kitchens are meant to serve delivery demand, which has become the sole sales channel for several eateries.

She recently decided to open the company's first temporary cloud kitchen on July 25 at Mint Cafe by Peppermint Field on Yothin Phattana Soi 3, opposite CentralFestival EastVille, which is temporarily closed for deliveries from the kitchens of its eateries in the mall.

"I announced on Instagram our desire to rent space to open temporary cloud kitchens. Hundreds of owners contacted me," said Ms Atchara.

The company is opening a second cloud kitchen on three rai on Ram Intra KM10, opposite the Promenade complex.

The second cloud kitchen is expected to be a hybrid form that provides delivery initially, then will be developed later as a dine-in restaurant, she said.

The concept of a hybrid cloud kitchen combines a physical store and a ghost kitchen, offering both takeaway and delivery. It has a storefront for pick-up where customers can see what happens in the kitchen and how their orders are prepared.

"We will never go back to the traditional concept in which our restaurants are located on the high floors of retail complexes," said Ms Atchara.

"Such a concept makes it very difficult to engage in delivery services as our staff has to carry food to riders on the first floor."

Moreover, there are fewer customers in downtown complexes due to the work-from-home policies, she said. 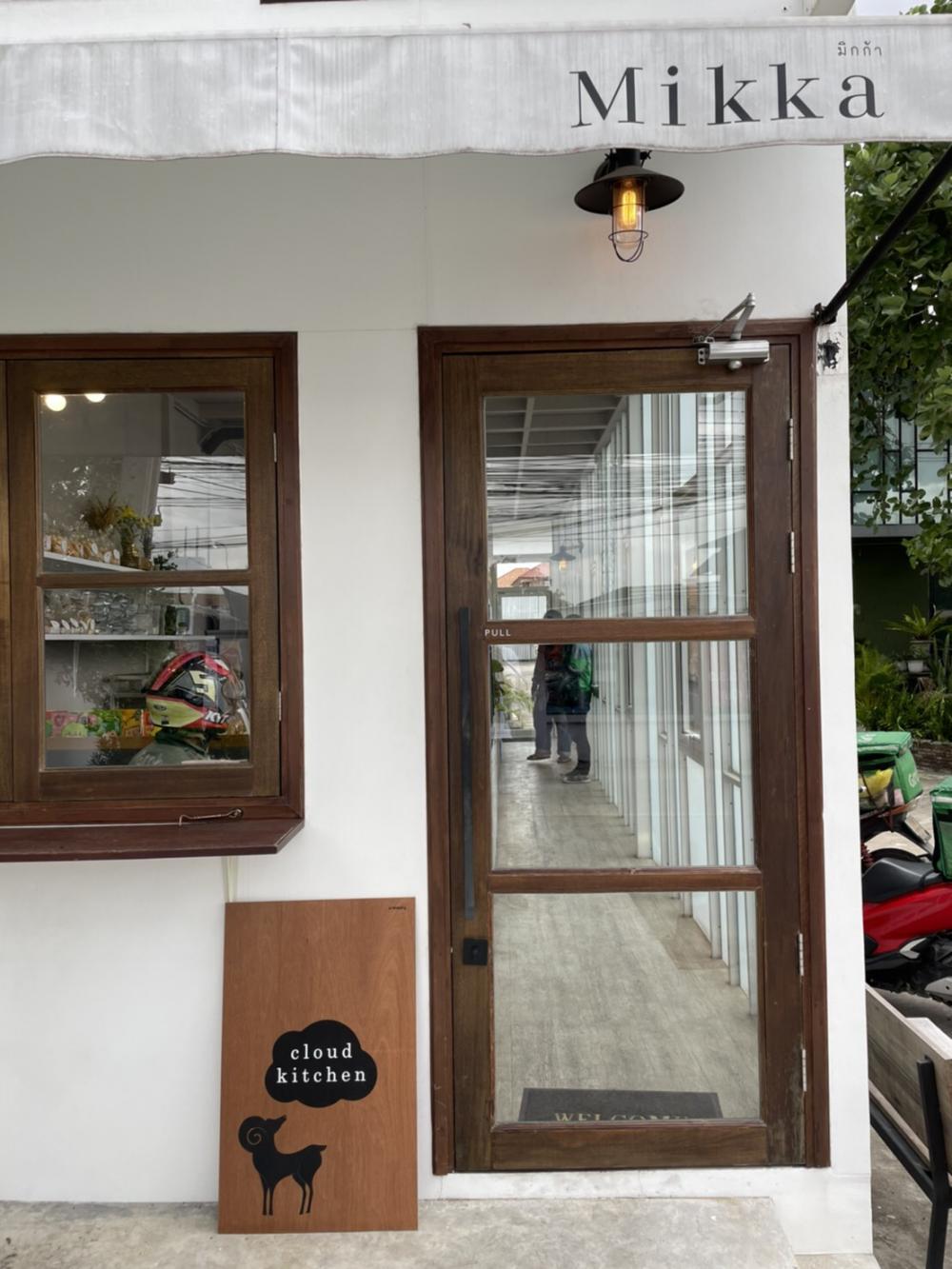 After You opened a cloud kitchen at Mikka Cafe.

Boonyong Tansakul, chief executive of Zen Corporation Plc, the operator of Zen, AKA, and On the Table restaurants, said Zen faced many obstacles during the pandemic in terms of sales, raw materials and people.

He never thought the government would fully lock down restaurants located in malls.

"I had a bad headache for three days because 70 branches of our three restaurant brands are located in malls," Mr Boonyong said.

To lower the company's losses, he hurried the opening of cloud kitchens outside of malls.

"Last week, I rented a finished kitchen at a culinary school on On Nut Road and opened a temporary cloud kitchen for our brands," said Mr Boonyong.

"We also share a cloud kitchen with other brands at Tawandang German Brewery's Chaeng Wattana branch, which is a new model with several chains under the same roof. We expect to see this model at other places soon."

Zen Corp is scheduled to open three cloud kitchens of its own on Srinakarin, Chaeng Wattana and Phetchaburi roads today, and plans to team up with 10 brands to open a new cloud kitchen later in August. 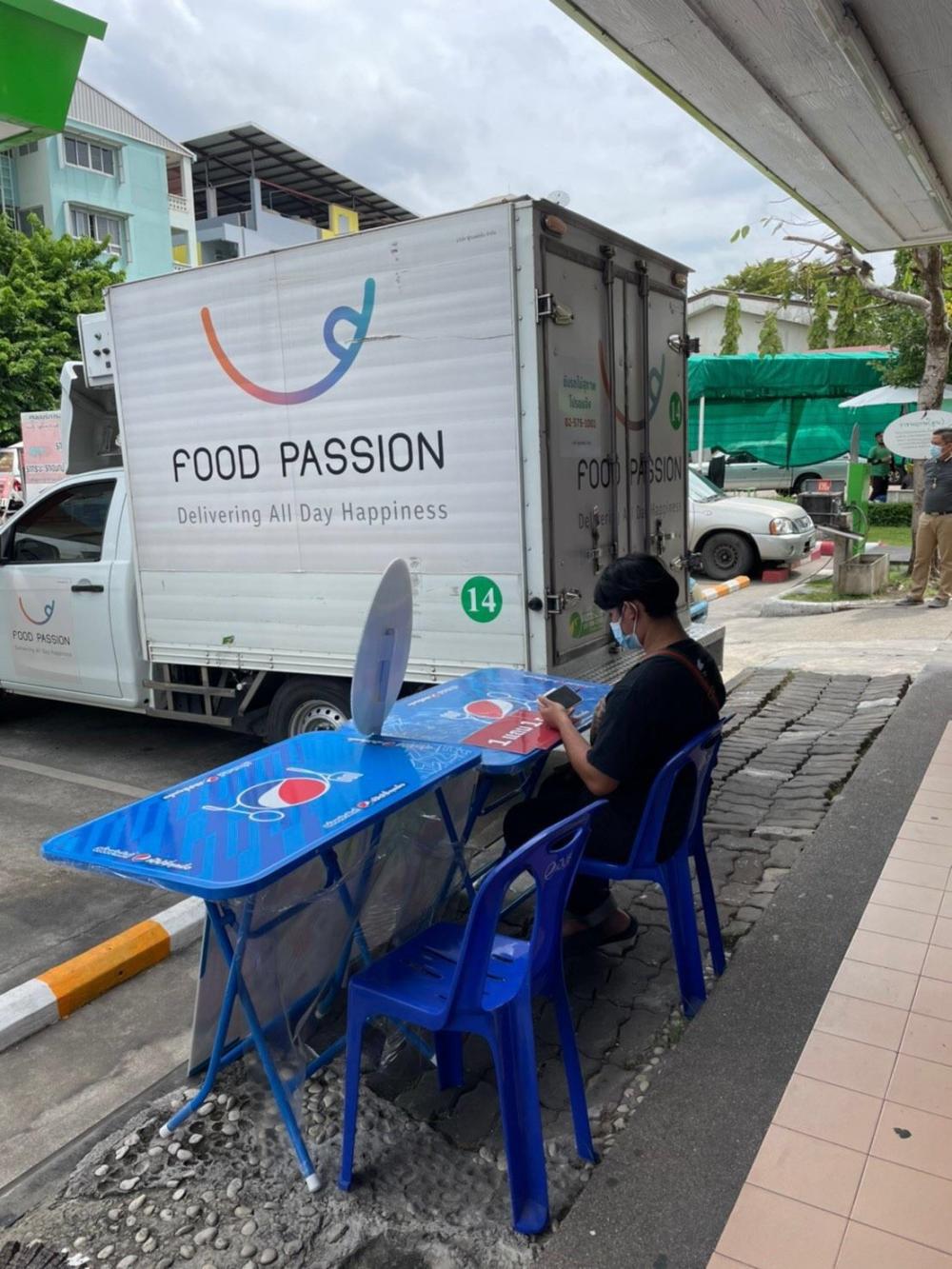 A Bar-B-Q Plaza delivery hub is located at a Bangchak petrol station.

Similarly, the deputy managing director of After You, Gulapat Kanokwatanawan, said one day before the new lockdown was announced, she posted on Instagram she was searching for vacant spaces for a cloud kitchen.

Most of its branches are also located in malls.

"I would like to thank the owners of condos, residences, warehouses, hotels, pubs, restaurants and discotheques who approached me offering their space both for rent and free of charge," Ms Gulapat said.

"We studied cloud kitchens for a long time, but just recently opened them up because customer experience, mood and feeling is important for After You," she said.

"The pandemic forced us to try new things and learn lessons."

Food Passion is now operating as many as 20 temporary cloud kitchens, including some located at Bangchak petrol stations, in addition to three cloud kitchens of its own.

"We have been sharing the temporary cloud kitchen at Tawandang German Brewery on Rama III Road along with Shinkanzen Sushi, Fresh Me, Ton Chin Kan Ramen, Fuku Matcha, Kabocha and Nittaya Kai Yang since July 25. It's something we've never experienced before," Ms Boonyanuch said.

"The restaurant landscape is going to completely change because the pandemic is likely to be prolonged for another 1-2 years."