With technology for medical devices continuing to evolve in line with rising demand, Thailand remains focused on promoting technology and innovation in its medical device industry, leveraging the country’s global strengths as a top medical destination with a well-established and thriving industrial supply chain.

With a globally competitive manufacturing sector and efficient business environment, Thailand has attracted multinational companies from all over the world to invest in the manufacture of medical devices in the Kingdom. The Thai government’s continued support for increasing the use of locally produced medical devices has also contributed to the development of many homegrown local manufacturers.

As a result, Thailand has continued to be a key supplier in the global medical trade. Thailand is ranked 20th worldwide, 6th in Asia, and 3rd in ASEAN after Singapore and Malaysia for exports.

Thailand’s export of medical devices totalled approximately US$5 billion in 2020, nearly double the value of its imports of approximately US$2.6 billion. The largest share of the country’s export value was gloves, accounting for 52% of the total, followed by optical lenses, syringes, needles, catheters and cannulas. Key destinations for the exports were the United States, Japan, the Netherlands and Germany, reflecting the presence of multinational companies in Thailand’s medical device industry.

In terms of imports, Thailand ranked 28th globally, 6th in Asia, and 3rd in ASEAN. During 2016 to 2020, the compounded annual growth rate (CAGR) of the export of medical devices was approximately 13% compared to the import CAGR of 6%.

Single-use devices and durable medical devices, such as x-ray machines, ultrasound equipment, electrocardiograms (ECG) and electroencephalograms (EEG), represented the largest share of imports, accounting for 43% and 40% of total value, respectively, with the United States, China, Germany and Japan the main sources of these imports.

Driven by the country’s positioning as the world’s major global medical service destination and its well-regarded universal healthcare coverage, Thailand is a solid market for the medical device industry. The healthy demand coupled with government support in providing modern infrastructure and facilitating R&D and the commercialisation of innovations have attracted multinational companies to use the country as a manufacturing and operations base.

In light of the threat from the coronavirus, the Ministry of Industry has introduced urgent measures which focus on upgrading the technology in local medical devices to ensure adequate supplies are available to cope with the pandemic. The measures centre on promoting product prototypes related to AI and IoT as well as products related to rehabilitation, prognosis and treatment, such as Power Air Purifying Respirators (PAPR), ventilator testers, telemedicine systems, AI systems for pulmonary analysis and dental aerosol suction devices. The prototypes are developed through collaboration between academic institutes, medical personnel and related agencies.

The Ministry of Industry’s Medical Devices Intelligence Unit showed that the local production of medical devices accelerated in 2020, with the manufacture of rubber gloves rising by 17%, syringes by 2% and others by 8%. Only the production of optical lenses declined from 2019.

From the ministry’s own survey, Thailand had 513 active entrepreneurs in the medical device industry at end of 2020. Of these, 28% were manufacturers, followed by 23% distributers, 17% importers, 9% exporters, 8% parts producers and 7% service providers.

The majority of Thai manufacturers (43%) produce single-use devices, followed by durable devices (28%), supporting services (6%), reagent and test kits (6%) and others (11%).

It is estimated that small- and medium-sized enterprises account for 80% to 96% of the total entrepreneurs in Thailand’s medical device industry.

Approximately 30% of the medical devices produced in Thailand were sold domestically with the rest exported.

The government’s promotion of medical tourism in Thailand since 2003 has been a key driver for the development of the country’s healthcare ecosystem. Thailand recorded a total of 2 million medical tourists in 2017, compared with 1.4 million in 2015.

While the majority of Thailand’s exports of medical devices are single-use products and medical consumables, a few Thai companies have begun to stake a claim in the global market. Among them is a developer of elderly companion robot technology that utilises AI, with sizeable sales already generated in Japan. As the development of AI technology continues, the same company is developing a tool that analyses a patient’s breath to diagnose the risks of many types of cancers with high rate of accuracy.

The COVID-19 pandemic has prompted countries across the world to ramp up their vaccine research and development as the coronavirus is expected to remain endemic with outbreaks of mutated variations. Many companies in the Thai biopharmaceutical industry are making good progress with vaccine development against the SARS-CoV-2 virus which causes the pandemic.

Siam Bioscience Co., Ltd. is one of 25 companies worldwide that UK-based AstraZeneca has licensed to produce its COVID-19 viral vector vaccine. In May, AstraZeneca announced that the test batches of the vaccine made by Siam Bioscience passed the quality testing at its designated laboratories in Europe and the US. The contract between the two companies is for the production of 200 million doses of vaccines to meet the demand across Southeast Asia.

It is also worth noting that Thai medical researchers at the Vaccine Research Center of Chulalongkorn University’s Faculty of Medicine have made progress in the development of a vaccine based on Messenger RNA (mRNA) technology for the SARS-CoV-2, with the second phase of clinical testing in humans scheduled in August 2021. If successful, the research centre is expected to roll out mass production of the “ChulaCOV19” vaccine in mid of 2022 to counter new mutated variants of the novel coronavirus.

BioNet-Asia Co., Ltd. is developing a DNA-based vaccine against the coronavirus and is currently preparing to conduct the second phase of clinical tests. Meanwhile Baiya Phytopharm Co., Ltd., a startup from Chulalongkorn University’s Faculty of Pharmaceutical Sciences, is developing a vaccine using bacteria from plant leaves.

The vaccine has passed testing on laboratory animals and is schedule for human trials to start in 2022.

To further enhance the capacity of state and private research organisations to develop vaccine prototypes and production capacity to serve the needs in ASEAN countries, in early 2021, the Thai government announced a grant project worth US$90 million through the National Vaccine Institute. 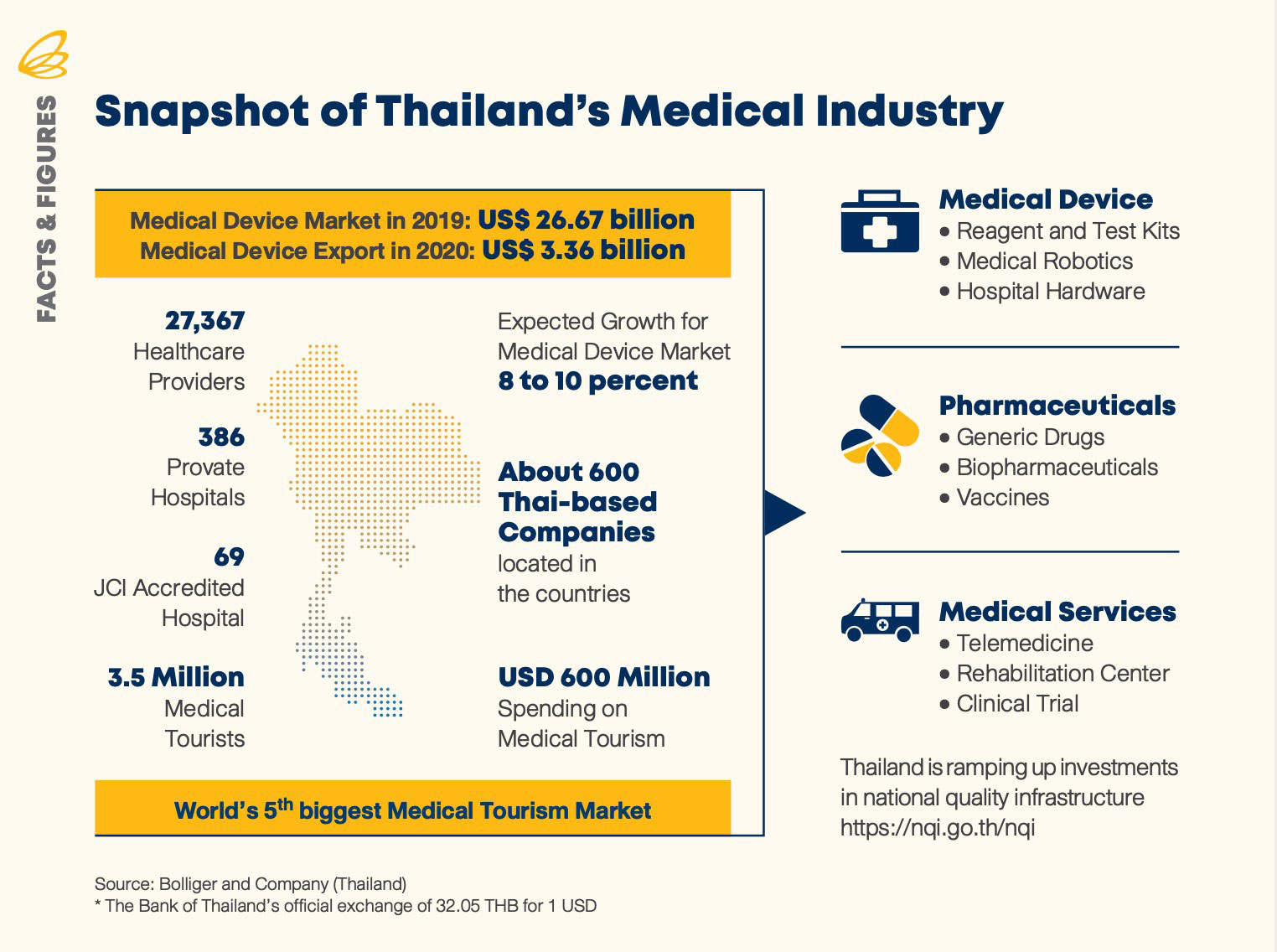 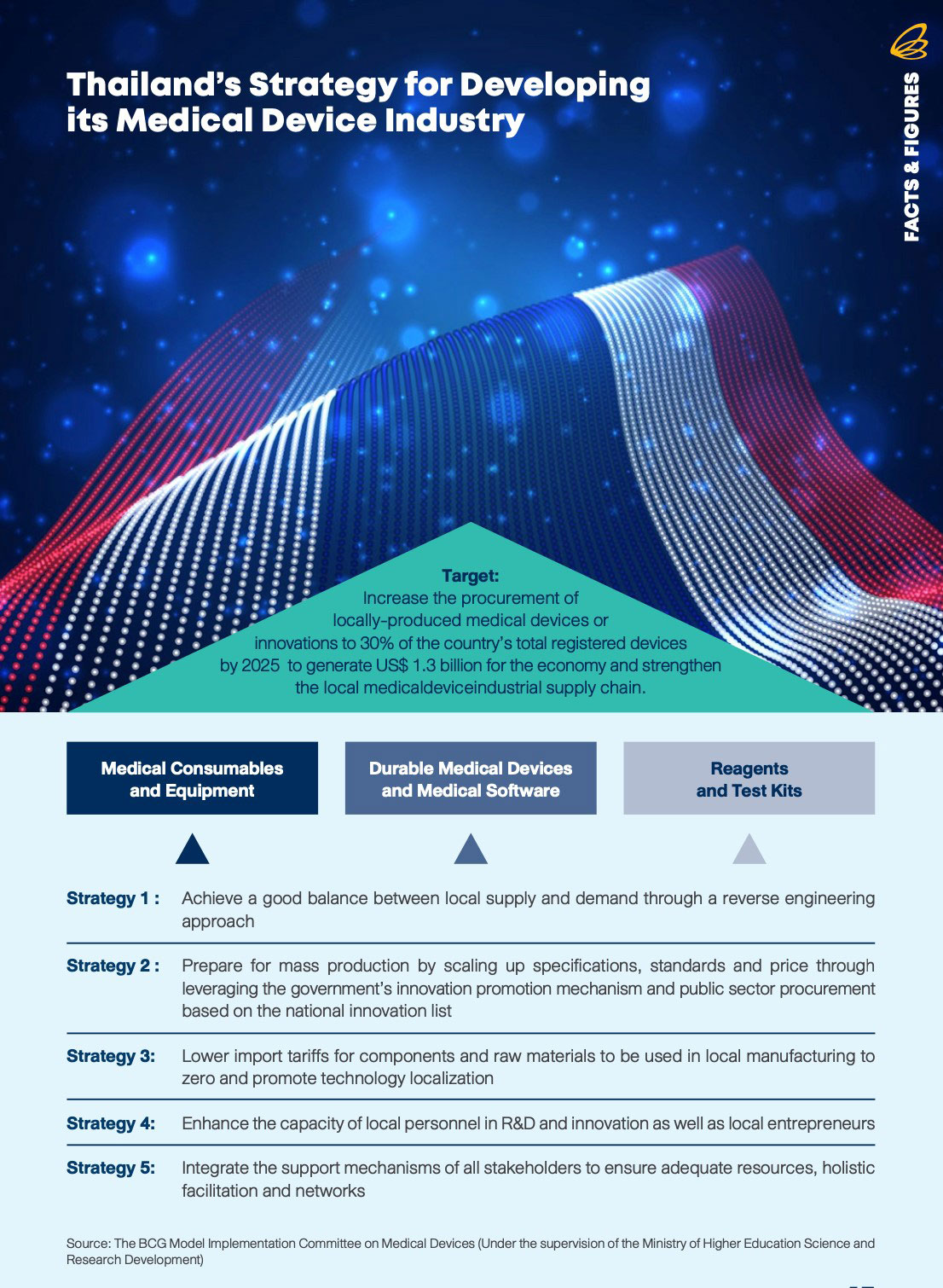 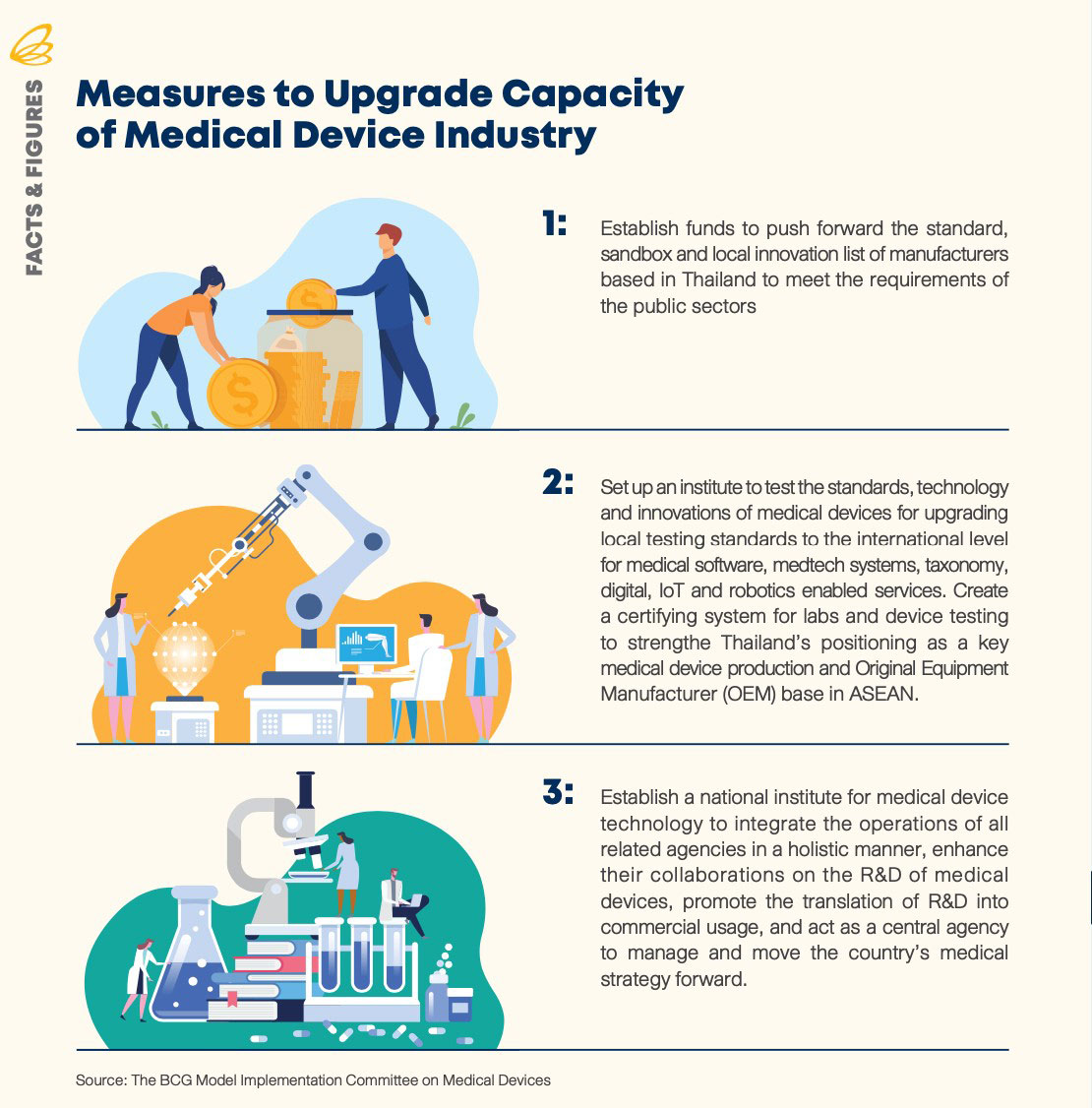