Greener investments and nature-based solutions need to be mainstream components of economic development in Asean.

Making biodiversity an integral part of economic and development strategy can bring a return on investment in economic, social and environmental terms. Southeast Asia, home to at least 60% of the world's tropical peatlands, 42% of all mangroves and 15% of tropical forests, has huge potential to capitalise such investments.

Known for its rich biodiversity, Asean could also play a vital role in the global drive for ecosystem restoration and biodiversity conservation, experts say. Asean leaders and multiple stakeholders have committed to scale up their efforts to achieve sustainable development goals and bring about transformative change through innovation.

Thailand and Indonesia, for example, have mainstreamed biodiversity, taking it into consideration in their planning for key development sectors, including agriculture, fisheries, energy, manufacturing, infrastructure and tourism. The aim is to identify the factors that drive biodiversity loss and then take action to ensure a more sustainable way forward.

"Integrated and synergistic approaches towards recovery and progress are possible with multi-stakeholder participation where sectors, from public to private, from small communities to huge industries, can put nature and biodiversity at the core of economic and development plans," said Theresa Mundita Lim, executive director of the Asean Centre for Biodiversity (ACB).

She made the comment at a recent online forum focused on the theme "Towards 2050: Living in Harmony with Nature". Participants discussed the outlook for the post-2020 Global Biodiversity Framework, a United Nations initiative that builds on the recently concluded Strategic Plan for Biodiversity 2011-20. It sets out an ambitious plan to take broad-based action to bring about a transformation in society's relationship with biodiversity and to ensure that, by 2050, the shared vision of living in harmony with nature will be achieved. 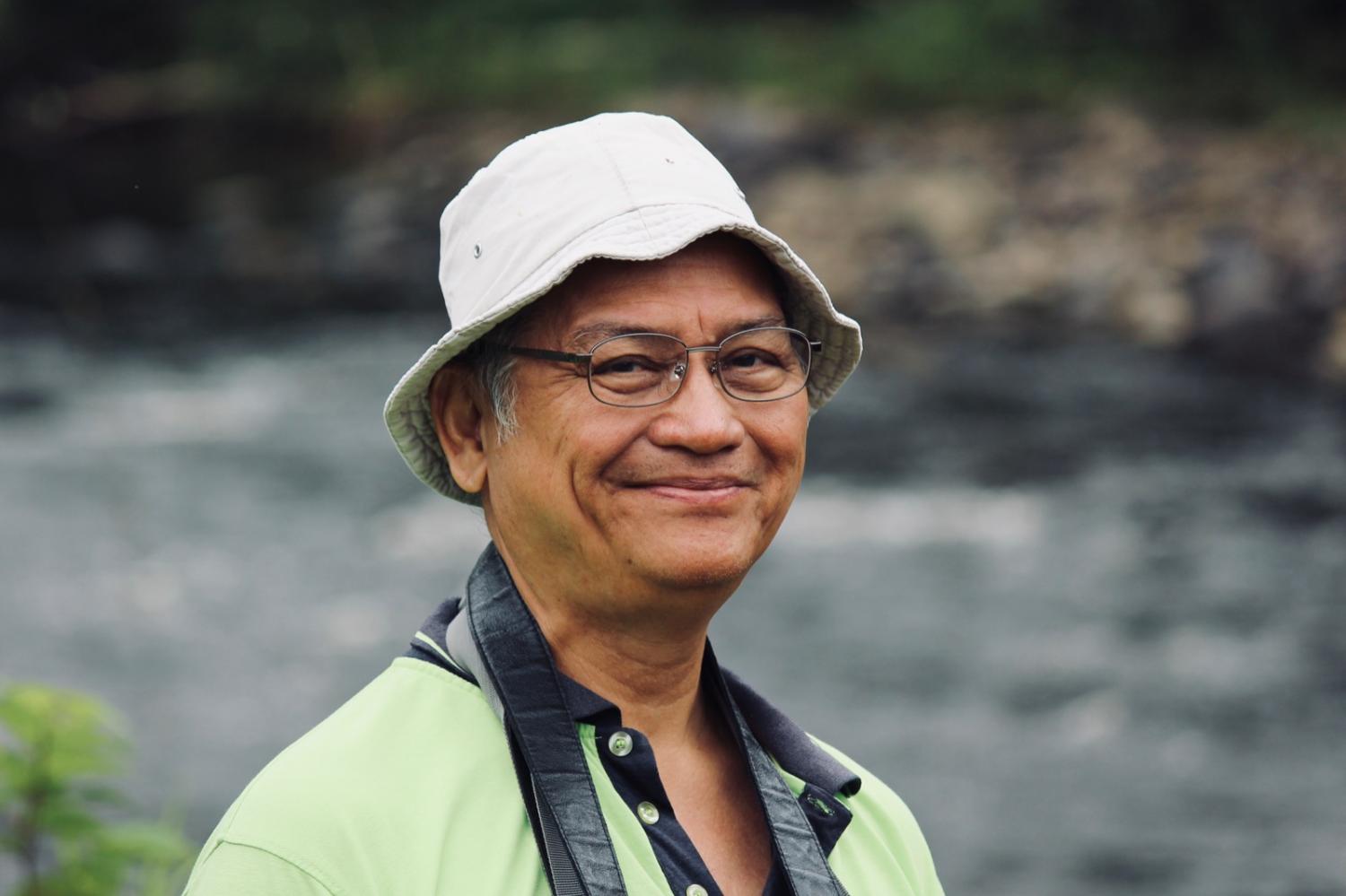 "Indigenous peoples and local communities are actively conserving more than one-fifth of the world's lands … largely without any form of legal recognition or support," says Peter Kallang of the ICCA Consortium. SUPPLIED

"The next five years present a solid ground and I am optimistic that our biodiversity mission will be sustained," he said, citing initiatives in the region, such as the Biodiversity Conservation and Management of Protected Areas in Asean, the Asean Heritage Parks Programme, and the Asean Green Initiative.

"These demonstrate our resolve to reduce the loss of habitats and wildlife, as well as to conserve and ensure the integrity of ecosystems in the region," he said. "All these can only be achieved if all of us continue to work together in protecting our ecosystems and biological resources."

Last week, Asean formally launched a region-wide programme that aims to ramp up restoration efforts and plant at least 10 million native trees in a span of 10 years. The Asean Green Initiative (AGI) -- coinciding with the 54th anniversary of the 19-country alliance ­-- demonstrates the strong cooperation and commitment among member states to biodiversity conservation and ecosystem restoration.

The AGI aims to set standards for the recognition of tree-planting activities and programmes that not only regrow forests but contribute to people's well-being, livelihood improvement and resilience-building.

"Across Asean, there are ongoing commendable efforts in nature restoration," said Ms Lim. "With the AGI, we hope to give recognition to the outstanding initiatives that comprehensively address the concerns of the people and the environment."

There are various tree planting movements in the region, such as the aim of Singapore to plant a million trees over a period of 10 years, and Malaysia's 100-million-tree drive.

The launch of the AGI is aligned with the UN Decade on Ecosystem Restoration, a global movement to accelerate restoration goals and commitments, which started this year. The campaign underlines the urgent need to prevent, halt and reverse the degradation of ecosystems worldwide to "end poverty, combat climate change and eliminate mass extinction".

"Restoring the condition of our ecosystem to its healthy state will take a whole-of-society approach," said Ms Lim. "Through concerted and collaborative efforts that support this initiative, we can achieve incredible results and transform a more sustainable future for the Asean community." 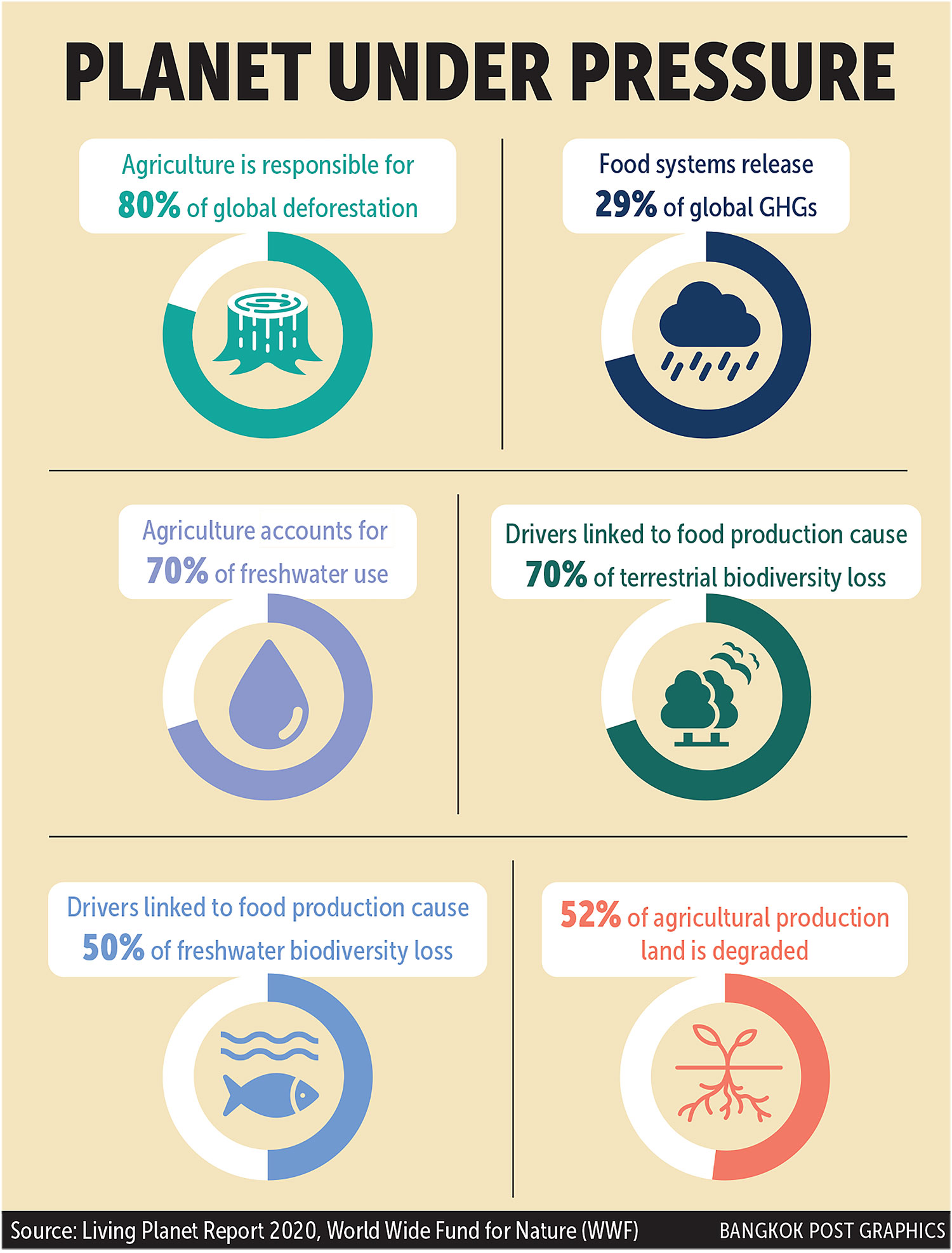 Biodiversity is coming into clearer focus as countries around the world prepare for the 15th Conference of Parties (COP-15) to the Convention on Biological Diversity (CBD) to be held in Kunming, China in October.

The Ministry of Energy and Natural Resources of Malaysia recently hosted a forum intended to review and strengthen the Asean members' position. Representatives from Asean countries and civil society organisations presented updated progress reports while expressing hope that the Kunming meeting can produce an ambitious but realistic framework that can be translated into concrete actions.

Thailand stressed that mainstreaming biodiversity needs the involvement of all stakeholders. Principles of justice in access and benefit-sharing for local communities are also vital.

Laos, meanwhile, highlighted the need to increase technical assistance to least-developed and developing countries and set a clear provision of new and additional financial resources, including through the financial mechanisms of the CBD.

Brunei emphasised nature-based solutions must be part of the approach in strategic planning and at the core of further enhancing the resilience to face present and future challenges.

"A united response, enhanced cooperation and mobilisation of resources in the Asean region will make it possible to achieve the 2030 targets and the 2050 vision under the UN Convention on Biodiversity," said Abdul Wahid Abu Salim, deputy secretary-general of the Malaysian Ministry of Energy and Natural Resources.

He also called on Asean countries to step up their efforts of ensure mainstreaming of biodiversity in agriculture, fisheries and other sectors.

Recommendations by Asean member states are likely to be adopted at COP-15, the Asean representatives said. The recommendations are also important because the region occupies only 3% of the Earth's surface, but covers four biodiversity hotspots and is home to almost 20% of all known plants and animal species.

Asean countries have been facing significant challenges in achieving the two sustainable development goals (SDG) on biodiversity mandated by the United Nations: SDG 14 (life below water) and SDG 15 (life on land).

One of the hurdles is financial, as the cost of protection, mitigation and reversal of damage is daunting, especially for developing countries. The annual biodiversity financing gap amounts to US$316 billion, according to the Conservation Finance Alliance.

Insufficient funds for managing and conserving protected areas such as Asean Heritage Parks was highlighted at a forum held by the Asean Centre on Biodiversity (ACB) in April this year. The region has 44 heritage parks identified as best-protected areas in terms of ecological completeness, biodiversity richness and conservation. 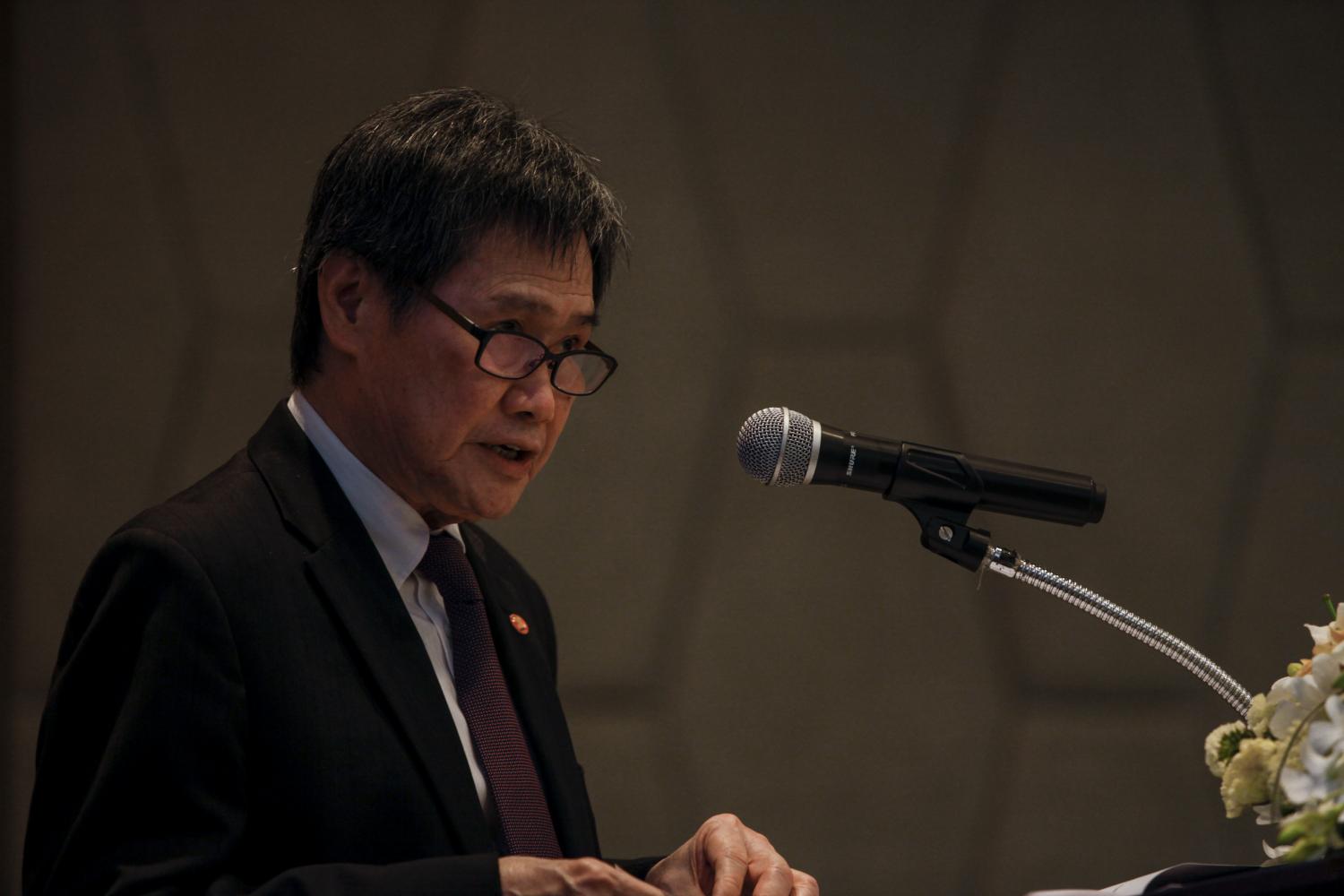 Asean has embarked on several initiatives that "demonstrate our resolve to reduce the loss of habitats and wildlife, as well as to conserve and ensure the integrity of ecosystems", says Asean Secretary-General Lim Jock Hoi. Watcharawit Phudork

While ministers and senior officials of Asean countries shared their aspirations for biodiversity over the next five years, Basile van Havre, co-chair of a working group on the post-2020 global biodiversity framework, called on countries to raise their own concerns and be "blunt and open" about the issues related to biodiversity loss.

"Scientific evidence indicates the linkages between climate change and loss of biodiversity, which are interlinked and cannot be addressed in silos," he said.

Jon Lambe, the UK Ambassador to Asean, talked about the synergies among global commitments to protect nature, highlighting the importance of linking efforts to fight climate change and reverse biodiversity loss.

Mr Lambe reminded participants that protecting biodiversity was economically beneficial. He also urged the 10 Asean member countries to support the global "30x30" target of protecting 30% of the Earth's land and water by 2030.

This is crucial since ecosystems are under threat. More discussions would be needed to conclude text regarding marine and coastal biodiversity, invasive alien species and biodiversity and health, said Hesiquio Benitez, chair of a CBD subsidiary body on scientific, technical and technological advice.

Speaking about the experiences of Latin American and Caribbean countries, Marcia Tambutti, a biodiversity expert at the UN Economic Commission for Latin America and the Caribbean, shared examples of initiatives for mainstreaming biodiversity in fisheries, vineyards, forestry, agriculture, tourism and finance, which have resulted in a return on investment in economic, social and environmental terms.

Professor Emerita Dr Mazlan Othman of the International Science Council of the Regional Office for Asia and the Pacific, explained the importance of scenario building in exploring possibilities for the future and assessing present actions, both reactive and proactive. She talked about how the SDGs can be achieved through biodiversity and ecosystems, which at present have an estimated value of $33 trillion. 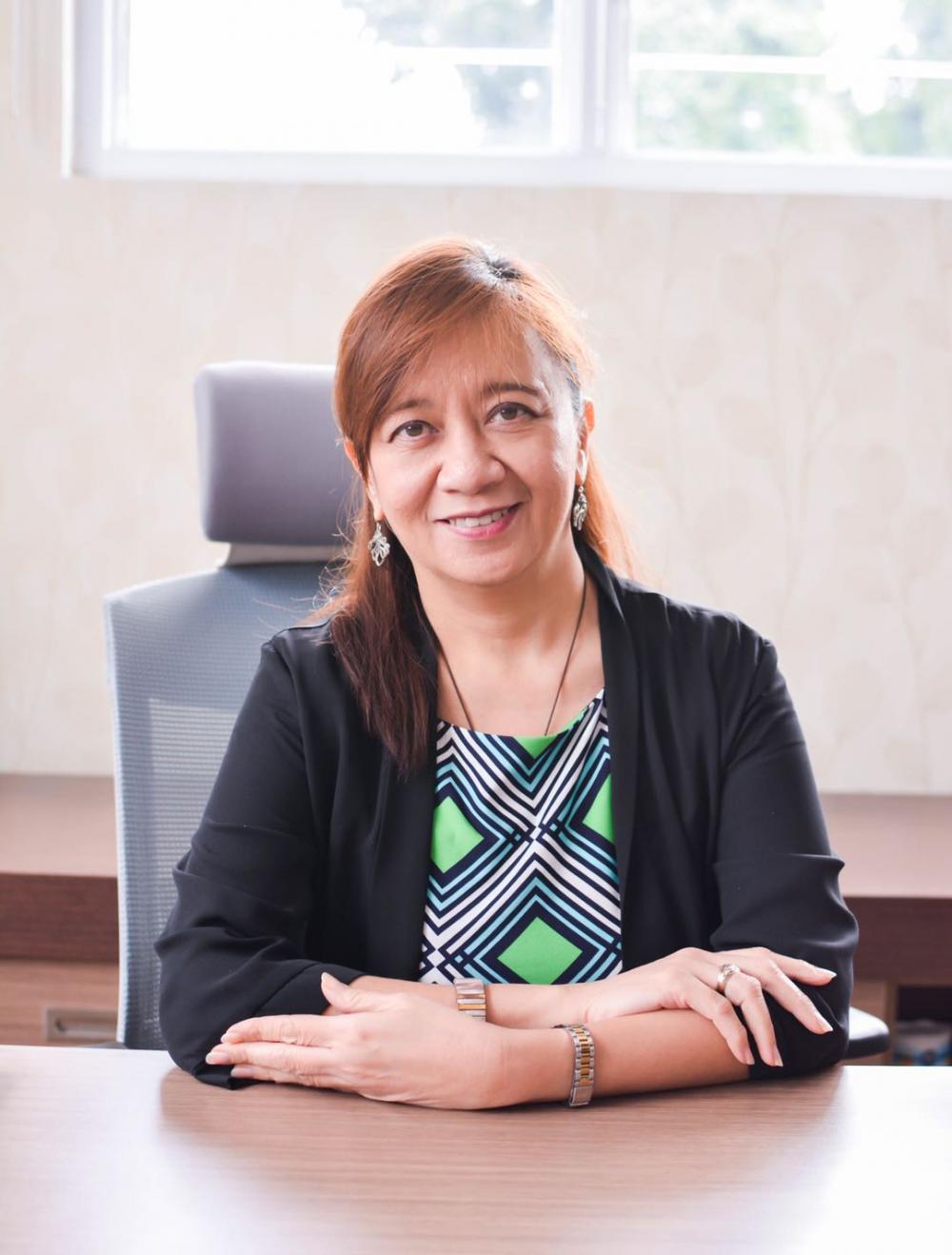 "Restoring the condition of our ecosystem to its healthy state will take a whole-of-society approach," says Theresa Mundita Lim, executive director of the Asean Centre for Biodiversity. SUPPLIED

It will be impossible to address the interlinked global biodiversity and climate crises without acknowledging the role of indigenous people and local communities in biodiversity conservation must not be overlooked, said Peter Kallang, chairperson of the Southeast Asia Regional Council of the ICCA Consortium (Indigenous and Community Conserved Areas).

He called on Asean member states to put human rights at the centre of the post-2020 global biodiversity framework and recognise and protect indigenous peoples' territories and rights, including self-determination.

"Indigenous peoples and local communities are actively conserving more than one-fifth of the world's lands and at least one-third of intact forest landscapes globally. However, they are doing so largely without any form of legal recognition or support," he said.

As a Kenyah, a group indigenous to Borneo in Sarawak, Malaysia, Mr Kallang said there are many powerful examples of these findings right here in Southeast Asia. In the Philippines, for example, an estimated 75% of remaining forests overlap with territories where indigenous people are living.

ICCA has also estimated that indigenous people in 10 Asean countries help store up to 10.5 million tonnes of carbon, equivalent to the emissions of at least 7 million cars per year, he said.

However, there is a huge implementation gap between the CBD goals and national-level efforts, in his view. Legal and policy loopholes could lead to harmful economic industries such as logging, dams, mining and infrastructure in areas that need better protection. As a result, indigenous people's rights over territories and communities are under threat.

The Tumandok and Dumagat-Agta-Remontado territories in the Philippines, Baram Peace Park in Sarawak, and the internationally recognised Salween Peace Park in Karen territory in Myanmar are among places of deep concern, said Mr Kallang. "As the UN negotiations on the post-2020 framework intensify, the time is now to recognise Indigenous peoples and local communities as the true agents of transformative change," he said.

"Supporting us to secure our rights and collective lands and territories of life is arguably a key 'missing link' in global commitments and national level implementation -- and therefore, also one of the biggest opportunities for leadership and convergence." 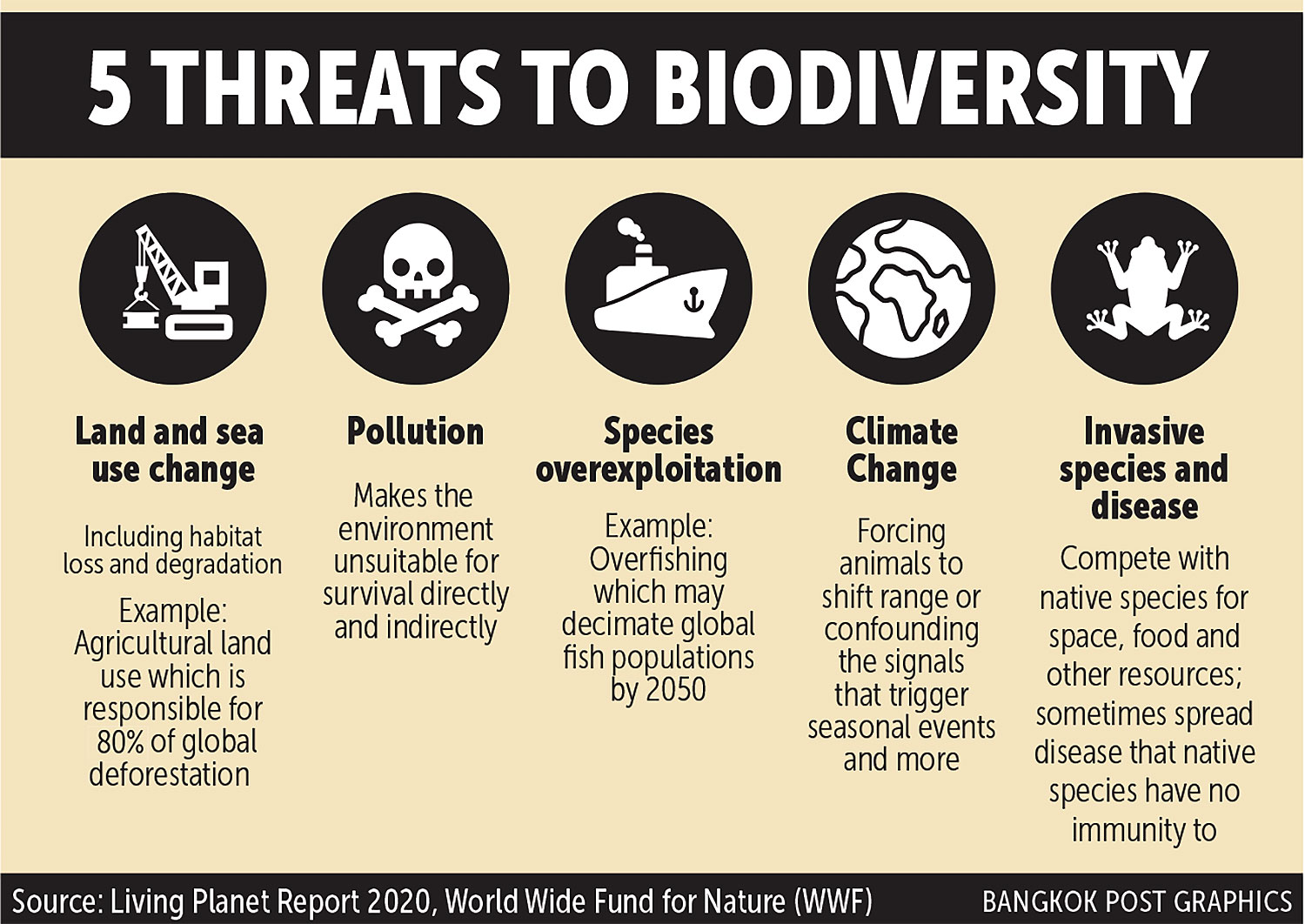 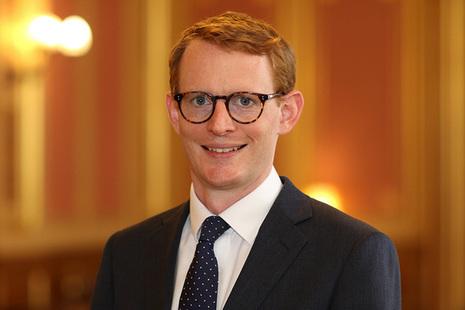