State measures to lower the cost of living, a drop in prices for certain agricultural products and decelerating energy prices have prompted headline inflation, as gauged by the consumer price index (CPI), to contract in August for the first time in five months.

The dip was largely attributed to government measures, especially cuts to tuition fees and utility bills.

However, the prices of eggs, seasonings and condiments still increased. Other prices were stable and moved in line with the current production and demand. 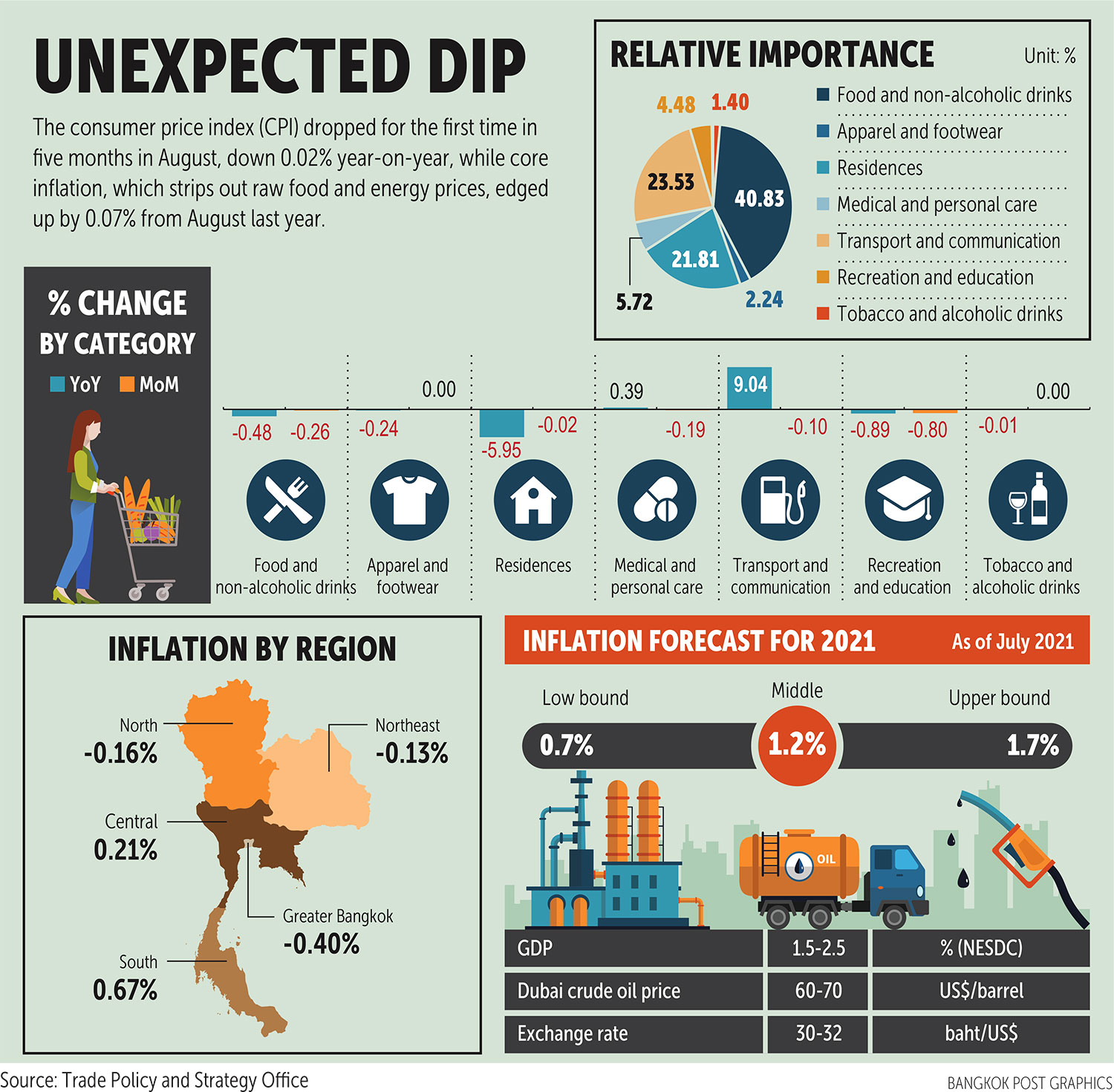 Excluding volatile food and energy prices, the core CPI increased 0.07% year-on-year in August, decelerating from 0.14% in the previous month. On a monthly basis, the CPI rose 0.18% from July.

For the first eight months this year, average headline inflation was 0.73% year-on-year and core inflation 0.23%.

"Despite the drop in inflation last month, a number of relevant key economic indicators were promising. Value-added tax revenue for consumption and imports edged up, while exports expanded following the recovery of major markets, which contributed to higher domestic purchasing power and demand," said Wichanun Niwatjinda, deputy director-general of the Trade Policy and Strategy Office.

"We expect domestic purchasing power and demand could increase given the Thai export recovery and government stimulus measures."

According to Mr Wichanun, the CPI for September is projected to rise at a gradual rate following the end of the government measures to lower living costs such as electricity and water bills in August.

The price of energy is a significant factor because it is likely to be stable or slightly lower as major oil producers increase their production, he said. The outbreak is also likely to ease, said Mr Wichanun.

However, fresh food prices and the renewal of cost of living measures are key factors that might limit inflation in September, he said.

The Commerce Ministry expects annual headline inflation in 2021 to grow at a rate between 0.7% and 1.7% (with an average of 1.2%), which it considers appropriate to support the economy.

Thanavath Phonvichai, president of the University of the Thai Chamber of Commerce, said the dip in inflation stemmed partially from the lockdown and curfew measures that dented consumer purchasing power.