The oil giant, under pressure to address climate change, says it is getting closer to making the biofuel viable

A research associate collects algae samples from the mini ponds.

Some scientists regard Exxon Mobil Corp.'s long-running quest to turn algae into a transportation fuel as little more than a PR stunt. The oil giant says they are wrong.

Using genetic engineering, Exxon says it is closer to its goal of fueling jet planes and heavy trucks with oil distilled from the tiny organisms. With government subsidies and incentives, it says it is on pace to make algae biofuel commercially viable by the end of the decade.

Skeptics abound. Nearly every other major oil company has abandoned algae research after a flurry of investment at the start of the last decade yielded few results. Exxon heavily touts its efforts in nearly ubiquitous advertisements featuring ponds of green algae that portray the company as a leader in developing the fuels of the future.

Exxon claimed a breakthrough in 2017 but has yet to demonstrate results. Until the company profitably produces commercial quantities of the biofuel, scientists familiar with algae research say, doubts will remain.

Vijay Swarup, Exxon's vice president for research and development, said he is aware of the perception that the company is using algae research to burnish its green credentials.

Exxon made overly optimistic promises that have fed that criticism, he said, but the project and its progress are real.

"There is always this irrational optimism and exuberance in the beginning," Mr. Swarup said. "You have to have a vision. After that, it's 'show the progress.' "

The allure of algae is obvious. One the most abundant organisms on Earth, algae captures carbon dioxide and when used as fuel could reduce life cycle carbon emissions by more than 50% compared with fossil fuels, according to some research.

Algae can also grow in saltwater on non-arable land, meaning it wouldn't compete with agricultural products, as corn-based ethanol does.

For years, Viridos has altered algae using the gene-editing tool CRISPR and other technologies, hoping to increase the fat content of algal cells to produce more oil, while bolstering their ability to grow.

But what is technically possible in a laboratory doesn't always translate to the field, leaving doubts among other scientists about whether these efforts could yield enough quantities of oilier algae to produce biofuel at commercial scale. 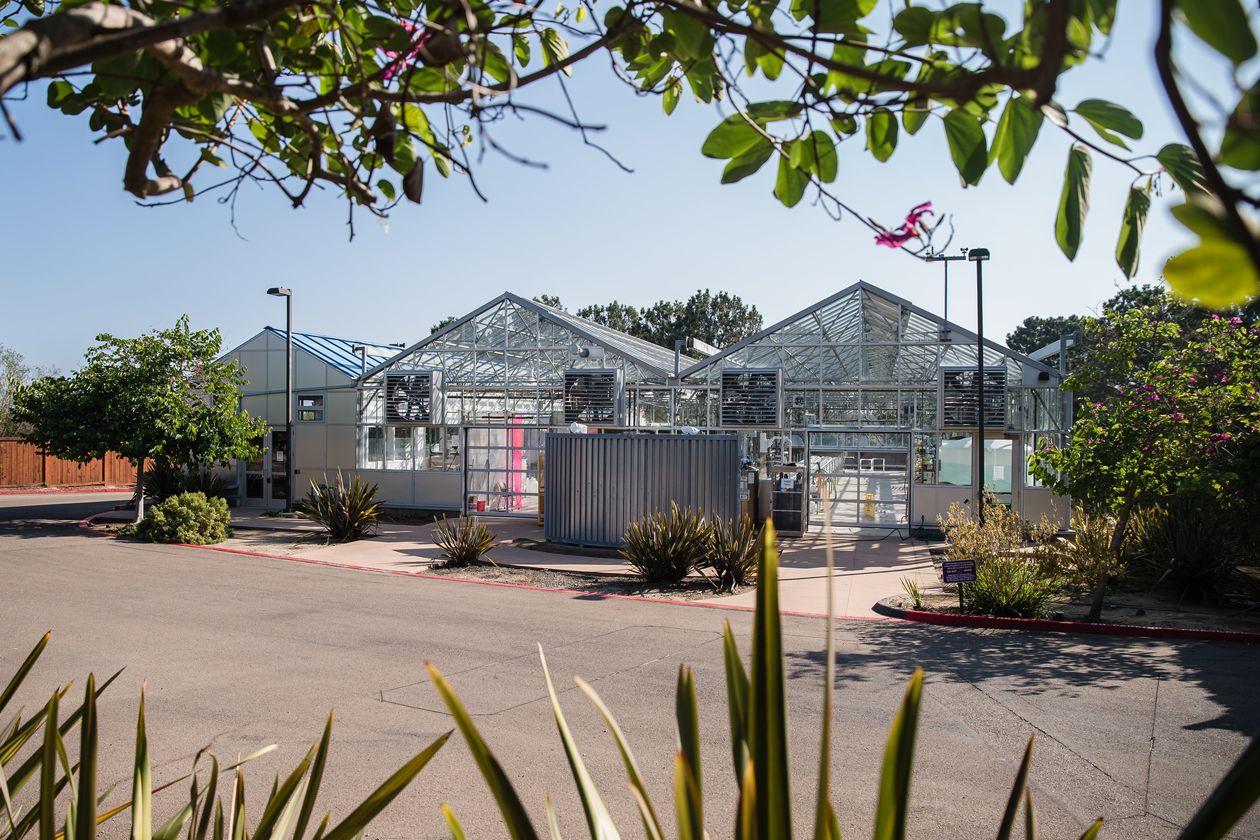 Viridos's ponds in the California desert near the Salton Sea produced 5 grams of algae oil per square meter a day last year, up from less than 2 in 2018 when it began using its proprietary algae strand.

The companies estimate they can reach 10 grams by the end of 2021 and are targeting 15 grams by 2022, a level some in the scientific community view as an inflection point at which algal biofuel becomes commercially viable.

Even if Exxon and Viridos achieve the 2022 target, algae won't be economically competitive with fossil fuels for the foreseeable future without substantial government subsidies.

But by Exxon's calculations, a barrel of algal oil could be worth as much as $350, when factoring in existing low-carbon fuel standards and tax credits that add as much $260 in value to each barrel.

Traditional crude oil currently sells for less than $80 a barrel.

The companies' target for later in the decade is 25 grams per meter, at which point the business becomes very attractive, he said.

Once Exxon and Viridos meet those targets in outdoor ponds, the key will be scaling the technology in a sustainable way and finding customers.

Viridos says it is in discussions with potential customers and partners, including airlines and other large oil companies, about deploying the technology more broadly.

Not everyone is convinced. Professor Kevin Flynn, a marine plankton ecologist at the U.K.'s Plymouth Marine Laboratory, said Viridos's results need to be peer reviewed and significant obstacles remain to producing at scale.

Mr. Flynn, who has researched algae biofuel for years, said all of his work and that of others indicates the goal is illusory.

Exxon and Viridos have said they would share their data with the scientific community.

Meeting just 10% of Europe's fuel demand with unmodified algae would require flooding three Belgiums in more than 7 inches of water while using 50% of the fertilizer used for European agriculture, Mr. Flynn said.

The process also requires vast amounts of energy to produce the algae, extract the oil and then refine it, so much so that algal biofuel production might consume more energy than it produces, some researchers concluded.

"Whether they've actually ticked all the boxes, I would be highly suspicious," Mr. Flynn said. "There have been people trying to do this for decades."

Exxon and Viridos say that their genetically altered algae are more productive, reducing the amount of resources needed, and that they recycle fertilizer and other inputs and use saltwater, making the process sustainable.

Mr. Flynn and other scientists have also raised concerns about genetically modified algae making its way into the wild and overwhelming natural species.

Exxon and Viridos say such concerns are overblown and note that the Environmental Protection Agency had to approve before their strands could be deployed outdoors.

The U.S. government has been funding algal research since the 1970s. The Energy Department has awarded hundreds of millions of dollars in research grants since 2007 to private companies and others researching algae biofuel.

Exxon said it has spent more than $300 million on algae research since 2009, less than 3% of its annual research budget.

The company has said it is researching a variety of technologies to reduce carbon emissions, including other biofuels, carbon capture and hydrogen.

By contrast, Exxon spent more than $500 million on advertising between 2009 and 2015, according to a 2019 study in the journal Climatic Change.

The Massachusetts attorney general sued Exxon in 2019 for allegedly misleading consumers about climate change, including through its advertising.

Exxon denies the allegations and the case is ongoing.

Martin Keller, director of the Energy Department's National Renewable Energy Laboratory, said the skepticism about algae biofuel is understandable, but that Viridos appears to have made significant progress.

According to Mr. Keller, algae biofuels are a potential solution to reducing carbon emissions from jet travel and heavy trucking.

Those areas, which produce a significant amount of emissions, are particularly hard to decarbonize because electric batteries are too heavy and don't provide enough range for airplanes and trucks.

The Energy Department committed an additional $100 million to funding biofuel research for aviation and other sectors earlier this year.

"From a biological perspective, it's an achievement," Mr. Keller said. "How do you scale it? That's the next question."

MUMBAI: From the outside, it looks just like a regular cash dispenser, but this is India’s first “gold ATM”, delivering gold coins at the tap of a button in a country where gold is often seen as a safe and preferred investment.

SONGKHLA: A Malaysian train service to promote tourism in Hat Yai will operate as planned this weekend but with some adjustments, after two bombings on the Thai track compelled workers to delay repairs over safety fears.

A gold shop owner shot and wounded one of four men trying to rob his business in Muang district of Tak on Thursday afternoon. Another man was arrested and two others fled.