The Board of Investment (BoI) approved incentives yesterday to encourage entrepreneurs to accelerate upgrading their production and machinery to "Industry 4.0" standards. 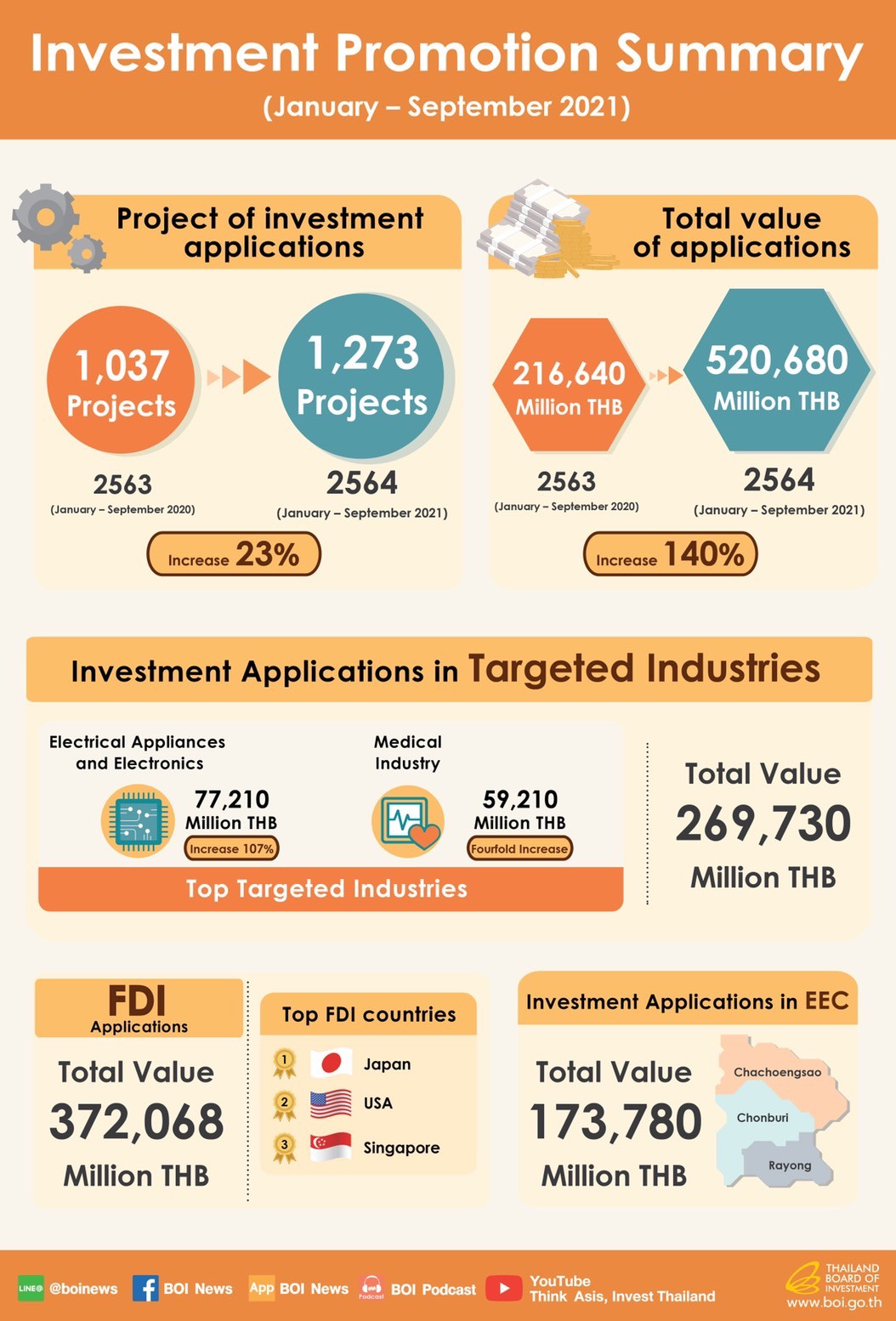 Eligible investors are required to use local content for at least 30% of their production.

Applications must be filed by the end of 2022. Companies that receive approval will be required to fully implement their upgrade plans within three years from the date of issuance of the BoI certificate.

This new measure supplements existing measures to support the adoption of automation systems and digital technology.

"The government really wants to support entrepreneurs upgrading their efficiency and technology," said Ms Duangjai, citing a survey conducted by the Federation of Thai Industries (FTI) that showed 70% of Thai industries remain at an Industry 2.0 level or below, with only 28% at Industry 3.0.

Through previous governments, the country has worked to improve its economic model, using similar terms such as Thailand 1.0, which focused on the agricultural sector and cottage industries, then moving on to light industry with Thailand 2.0, which utilised cheap labour.

The next step was Thailand 3.0, which focused on heavy industry to attract foreign investment and create a production hub for exports.

In a continuation of its policy to strengthen local small and medium-sized enterprises (SMEs), the board also yesterday approved an extension of the existing special investment promotion measures for SMEs until the last business day of 2022.

The 12 targeted sectors represented a total of 605 applications, with a combined investment value of 270 billion baht, more than the 533 applications with a value of 127 billion in the same period a year before.

The electric and electronics segment led the way with 77.2 billion baht in combined investment value, an increase of 107% from the 37.4 billion year-on-year.

In terms of geographical distribution, the Eastern Economic Corridor (EEC) attracted 33% of the combined investment value of applications, with 348 projects worth 174 billion baht, a 60.6% increase year-on-year.

The EEC still houses the majority of investment in key sectors like automotive and petrochemicals.