The SET Index is expected to rise to 1,695 points this year and continue to 1,848 points next year as market sentiment has started to pick up thanks to the improving pandemic situation, says DBS Vickers Securities. 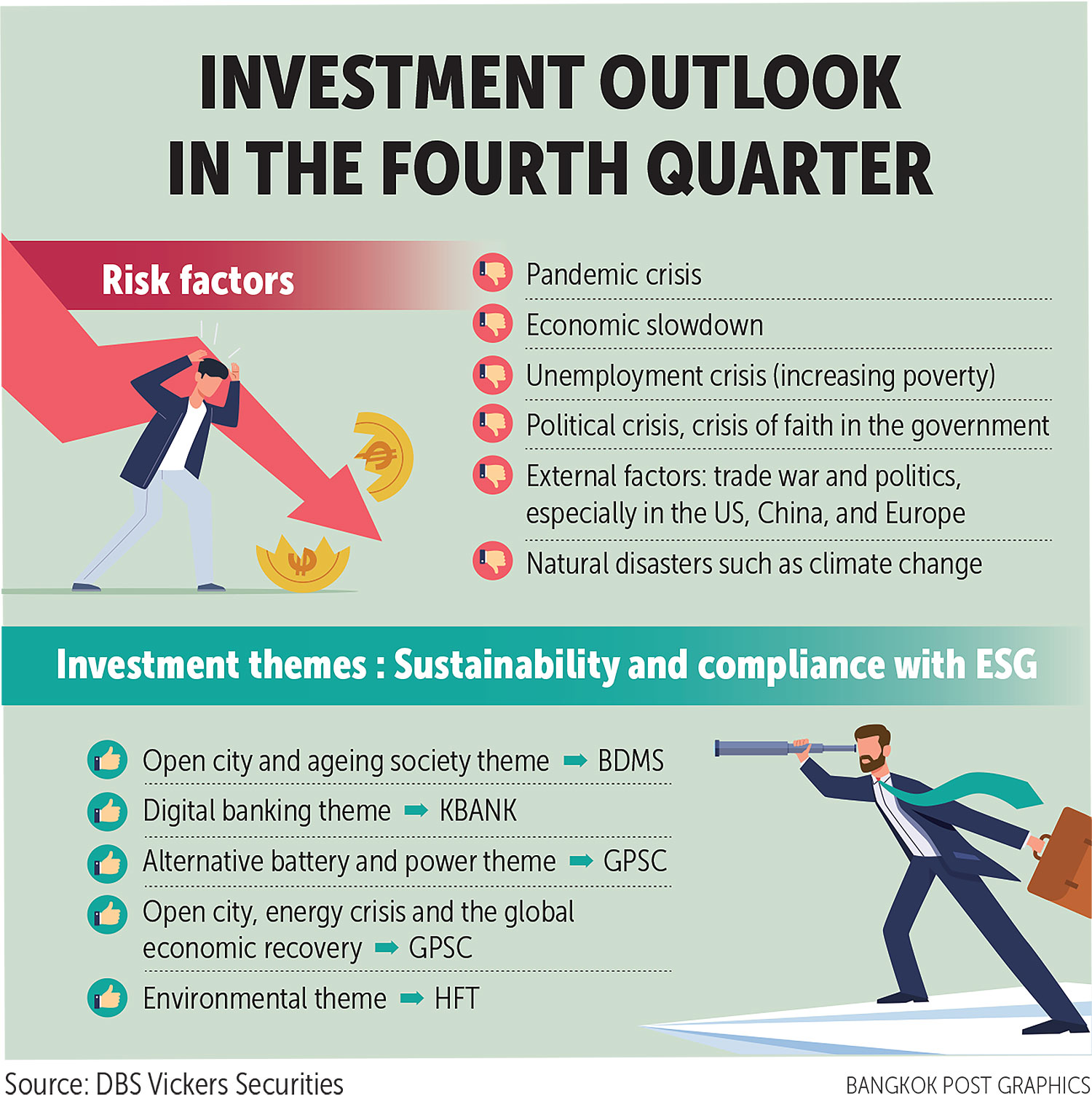 Arpaporn Sawaengpak, vice-president of DBS Vickers Securities, expects the US government to keep its interest rate low until the third quarter of next year as the US economy has just started to recover.

The Federal Reserve's efforts to manage the interest rate will help calm investor jitters, she said.

The Thai economy has started to recover thanks to progress in the distribution of vaccines and the gradual reopening of red-zone provinces, said Mrs Arpaporn.

She said signs of recovery have attracted more foreign funds to the Thai stock market, giving it a chance to increase. Foreign investors were net buyers for the first time this year in August, with net buying of 5.58 billion baht, followed up in September with net buying of 10.8 billion.

However, they remain net sellers for the year with net sales of 79.2 billion baht.

Mrs Arpaporn said the projection of 1,695 points for the SET Index by the end of this year and 1,848 points next year are based on the market's price-to-earnings ratio of 19.3 times.

In addition, a rebound in local consumption, investment, tourism and exports should help support Thai economic growth, with a full recovery pegged for 2022, she said.

Mrs Arpaporn said the pandemic dented the country's GDP growth this year. The Bank of Thailand expects Thai GDP to grow 0.7% this year, with the accelerated distribution of vaccines leading to a 3.9% gain next year.

She said internal risks that require monitoring this year include the pandemic, the economic slowdown, the unemployment crisis, an increase in poverty and the crisis of faith in the government.

External risks include several trade wars, regulatory changes, and new economic policies of advanced economies such as the US, China and European countries, said Mrs Arpaporn.

Natural disasters present another more frequent risk worldwide because of climate change, leading to heavy flooding and storms, she said.

The broker recommended investors focus on stocks with good fundamentals, especially those with compliance on environmental, social and governance criteria because these lead to sustainable growth and have lower cost of capital than other small businesses, making them less volatile in the long term.

The economy is expected to return to pre-Covid-19 levels in the first quarter of 2023, the Bank of Thailand (BoT) governor told a business forum on Thursday.

Nearly two years into the Covid-19 pandemic, the world remains “dangerously unprepared” for the next major outbreak, according to a new report.