The move is to fulfil its plan to become one of the leading global ready-to-eat and ready-to-cook suppliers over the next five years.

Nopporn Phatthararuchi, the company's chief executive, said that the company's board of directors approved the purchase of a combined 70% stake from existing stakeholders of PSM, the producer of Lookchinthip meatballs, and PSD, a distribution company, on Oct 15.

The acquisition is valued at a combined 560 million baht and the transaction is expected to be completed in the first quarter of next year.

Mr Nopporn said the acquisition will be partially funded through a capital increase and debentures.

At its meeting, the board also approved a plan to raise the company's registered capital by 984 million baht from 2.65 billion baht to 3.64 billion baht by issuing and proportionately offering 984 million ordinary shares for the capital increase at a par value of 1 baht per share to existing shareholders through Warrants Lot 5 (GLOCON-W5) and Warrants Lot 4 (GLOCON-W4).

The board, moreover, has endorsed a plan to issue and offer unsecured senior bonds of up to 1 billion baht to bolster the company's cash-flow strengths. All these moves are made for the company's mergers and acquisitions plan in pursuit of its fast-growth goal and its vision to establish itself as a "world-class food-production leader".

"We are interested in PSM and PSD because their sales were combined 800 million baht before the crisis with a net profit of 10% a year. The acquisition will strengthen our food portfolio in terms of product variety, sales channels and also increase our competitiveness and bottom line,'' Mr Nopporn said, adding that the company will have 450 million baht revenue recognition with 10% net profit in the second quarter of this year. 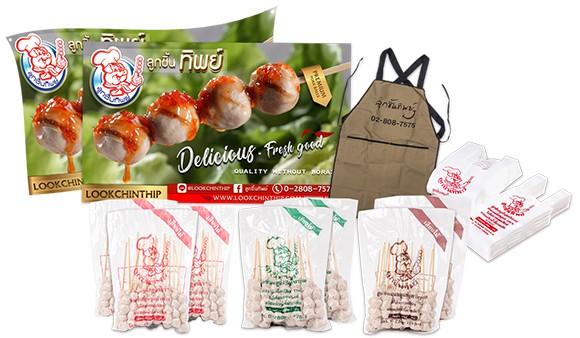 Sales of PSD came from three channels comprising 400 kiosks at retail outlets such as Big C and Makro, the wholesales channel and sales of packed Lookchinthip meatballs via retail stores such as 7-Eleven and Big C.

The company will also utilise the capacity of the PSM manufacturing facility in Sam Phran, Nakhon Pathom to produce value-added sausages and sauces and share logistics together.

With the acquisition, its sales portion from food will rise to over 70% of the company's total sales with over 3 billion baht, up from this year's 2 billion baht.

In addition to PSM and PSD, the company is studying the possible acquisition of new potential food categories in order to fulfil its food portfolio and drive its sales to 10 billion baht in 2027, becoming one of the world's leading ready-to-eat and ready-to-cook manufacturers.