A worker cleans Don Mueang, one of the airports to reopen for fully vaccinated travellers on Monday. (Photo: Pattarapong Chatpattarasill)

About 300,000 foreign tourists are expected to visit Bangkok in each of the next two months after the capital reopens, according to the Tourism Authority of Thailand (TAT).

However, the private sector has expressed concern about the risk of a new surge of infections if the consumption of alcoholic drinks in restaurants and other entertainment venues is allowed to resume on Dec 1 as planned. 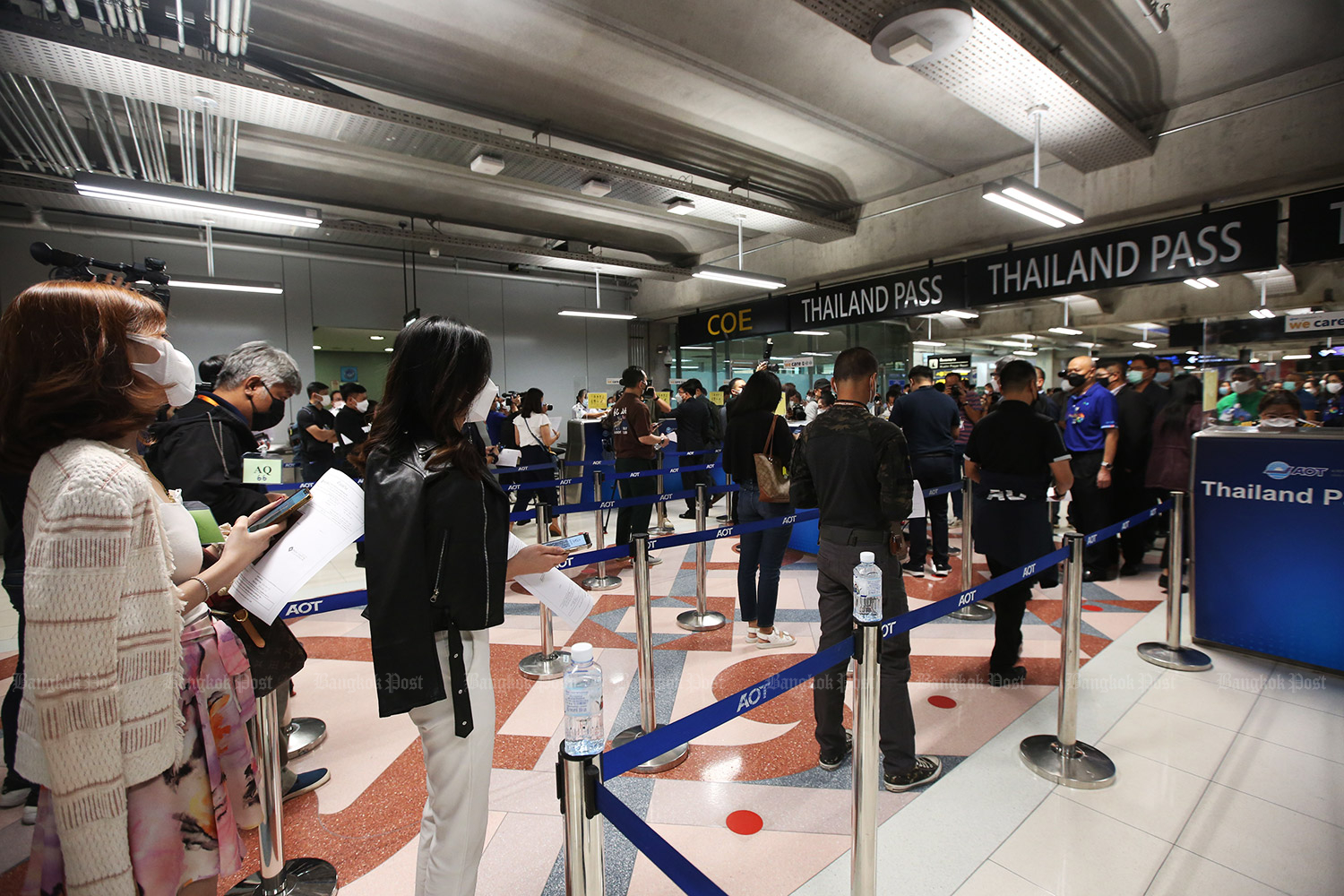 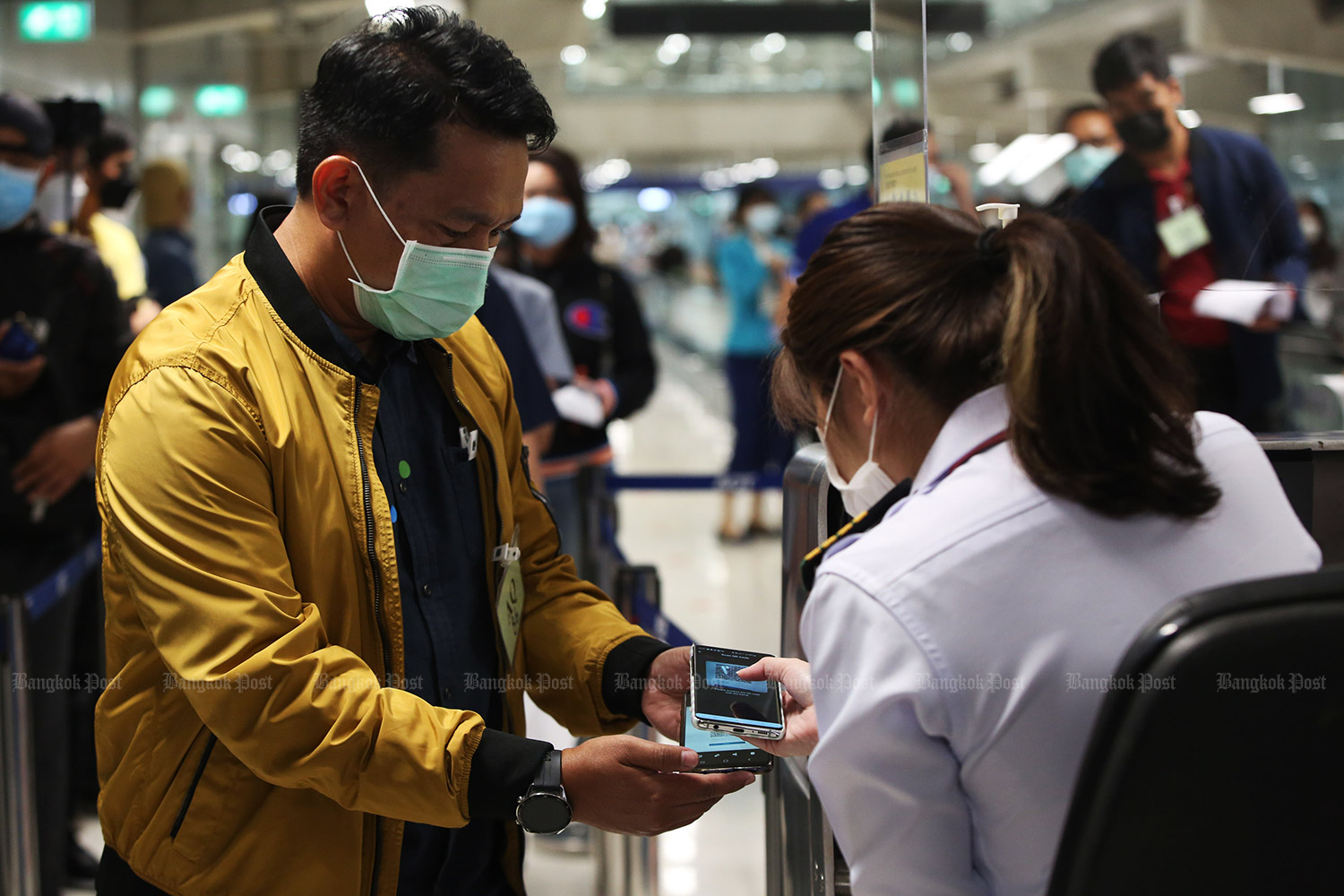 Practice run: Airport staff yesterday took part in a drill to practise screening arrivals at Suvarnabhumi airport in preparation for the country’s reopening to foreign visitors on Nov 1. The procedure includes visitors scanning the QR code of the new Thailand Pass system which will replace certificates of entry. (Photos by Varuth Hirunyatheb)

At the meeting, TAT officials stressed that foreign visitors must book hotels that are collaborating with hospitals which provide Covid-19 testing so they can be admitted immediately in the event of a positive result.

In case tourists arrive in droves, "swab hubs" will be set up near airports to carry out tests upon their arrival in the capital. This will help reduce their travelling time and overcrowding at airports, said TAT.

Officials from City Hall's health department also told the meeting that everyone who is registered as living in Bangkok has now received their first shot of Covid-19 vaccine while 75.5% have been administered two shots. This is expected to climb to 80% in the coming days.

During the meeting a plan was also approved to handle and provide treatment to foreign visitors who become infected with Covid-19 during their trip, as well as another plan to set up a command centre to oversee the capital's reopening.

Sanan Angubolkul, chairman of the Thai Chamber of Commerce (TCC), said participants at the meeting also discussed preparations for the reopening, adding that agencies involved are confident the Nov 1 reopening will proceed as planned.

However, the TCC has been concerned about the risk of a new surge if the consumption of alcoholic drinks widely resumes on Dec 1, he said.

It was agreed that proper precautions must be put in place before that date. One proposal suggested only premises that have received their Safety and Health Administration (SHA) Plus certificates should be granted permission to sell alcohol for consumption on their premises as an initial step, Mr Sanan said.

Meanwhile, Prime Minister Prayut Chan-o-cha will chair a meeting of the Centre for Covid-19 Situation Administration on Friday. High on the agenda will be the reopening plan and moves to revise the colour-coding system used to identify the severity outbreak in, a source said.