The Foreign Ministry has revealed the Asia Pacific Economic Cooperation (Apec) summit logo that will be used next year when Thailand chairs the regional bloc.

The ministry held an exhibition at Iconsiam department store where it launched the Apec 2022 logo for use when the kingdom takes over from New Zealand.

The winning logo was selected from entries submitted to the 5th National Youth Design Award competition, which was jointly organised by the ministry's information department and several Thai universities. Submissions were accepted from May 1 to June 30.

Some 598 logos were submitted by people under the age of 25 from various countries. Five advanced to the final round. 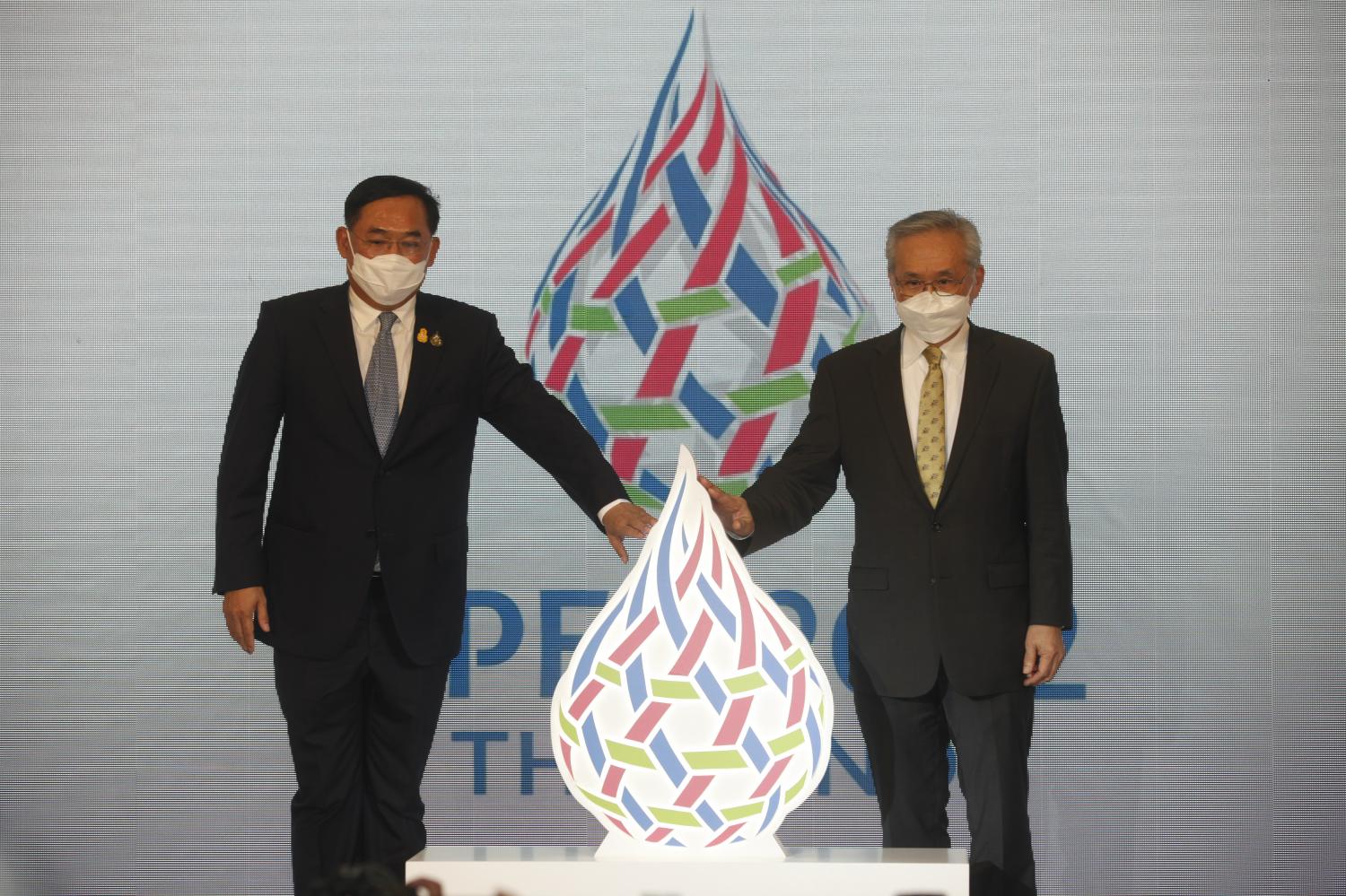 The chosen logo was created by Chawanon Wongtrakuljong, who studies architecture at Chulalongkorn University.

It depicts a traditional Thai bamboo basket called a chalom, used to carry goods and items since ancient times that has since become a symbol of trading and commerce. The interlaced bamboo strips are strong, resilient and durable, also symbolising the resilience and strength of the regional economy while sending a message promoting sustainability.

The 21 openings between the woven bamboo signify the 21 Apec members.

As next year's Apec theme will be "Open, Connect and Balance", the logo also signifies these three keywords as the chalom represents open trade while its function "connects" buyers and sellers, the ministry explained.

Meanwhile, the use of bamboo is meant to reflect the "balance" in the Bio-Circular-Green economic model (BCG) and the use of blue, pink and green strips aligns with the three keywords, it added.

The logo was considered suitable for use at Apec summits due to its messages of positivity regarding topical issues like sustainability and resilience, which have taken on heightened significance during the post-pandemic recovery in the Asia-Pacific region, officials said.