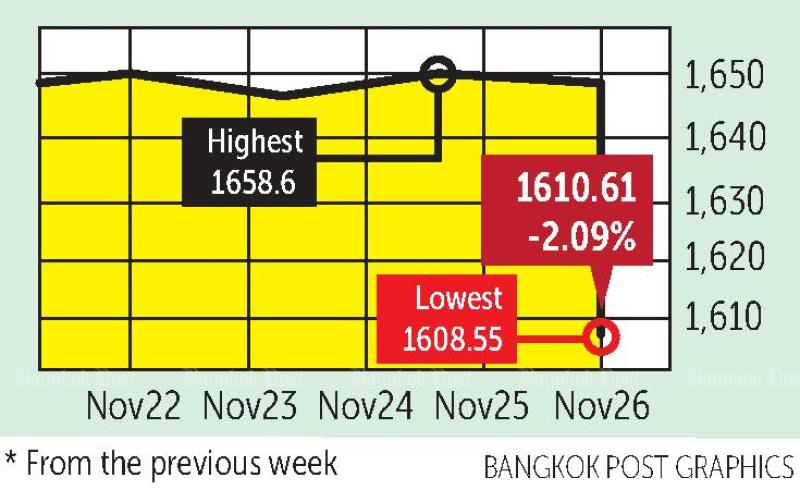 Newsmakers: President Joe Biden approved the release of up to 50 million barrels from the US strategic oil reserve on Tuesday in an attempt to flatten fuel price rises -- and possibly reverse his sagging political fortunes.

Stocks to watch: Asia Plus Securities recommends stocks expected to benefit from the upcoming Motor Show events, as well as banking stocks that will gain from an increase in hire-purchase loans such as TISCO, SCB, KBANK, KKP, BAY and MTC. Interesting automotive and other related stocks include MTC, SAT, STANLY, AH, EA, GPI and MVP.