A bad case of déjà vu for Thai tourism
Business

A bad case of déjà vu for Thai tourism

The emergence of the Covid-19 variant Omicron, which has tallied 104 confirmed cases in Thailand, is bringing back bad memories of last year when the second wave stomped on the festive season just a few weeks before the New Year holiday.

The tourism industry, which contributed up to 20% of GDP during boom years, plummeted to 1.79% of GDP during the first half of 2021, largely as a result of border closures.

The decision by the Centre for Covid-19 Situation Administration (CCSA) to suspend the "Test & Go" scheme nationwide means Thailand may take the same stance it had in the first half of 2021, with all new registrants for the Thailand Pass facing mandatory quarantine. Entry via the Phuket airport through the sandbox programme is another option, requiring at least a seven-day stay on the island.

The fate of tourism in the first quarter next year remains a mystery as the CCSA will decide on Jan 4 whether to extend the suspension or adjust the entry rules.

Momentum built in December as the festive season helped push growth between Dec 1-21, with arrivals surpassing the whole month of November at 182,578. Of those numbers, 156,807 were approved via Test & Go applications, while sandbox and quarantine travellers were 21,646 and 4,125, respectively.

With 21,440 Covid deaths in total, bitterness over three lockdowns and large-scale unemployment, Thais are anxious over a new outbreak from Omicron despite the administration of more than 100 million vaccine doses.

The dilemma of balancing health, safety and the economy is yet again becoming a tremendous challenge for a tourism industry that has only just started to recover the past two months. 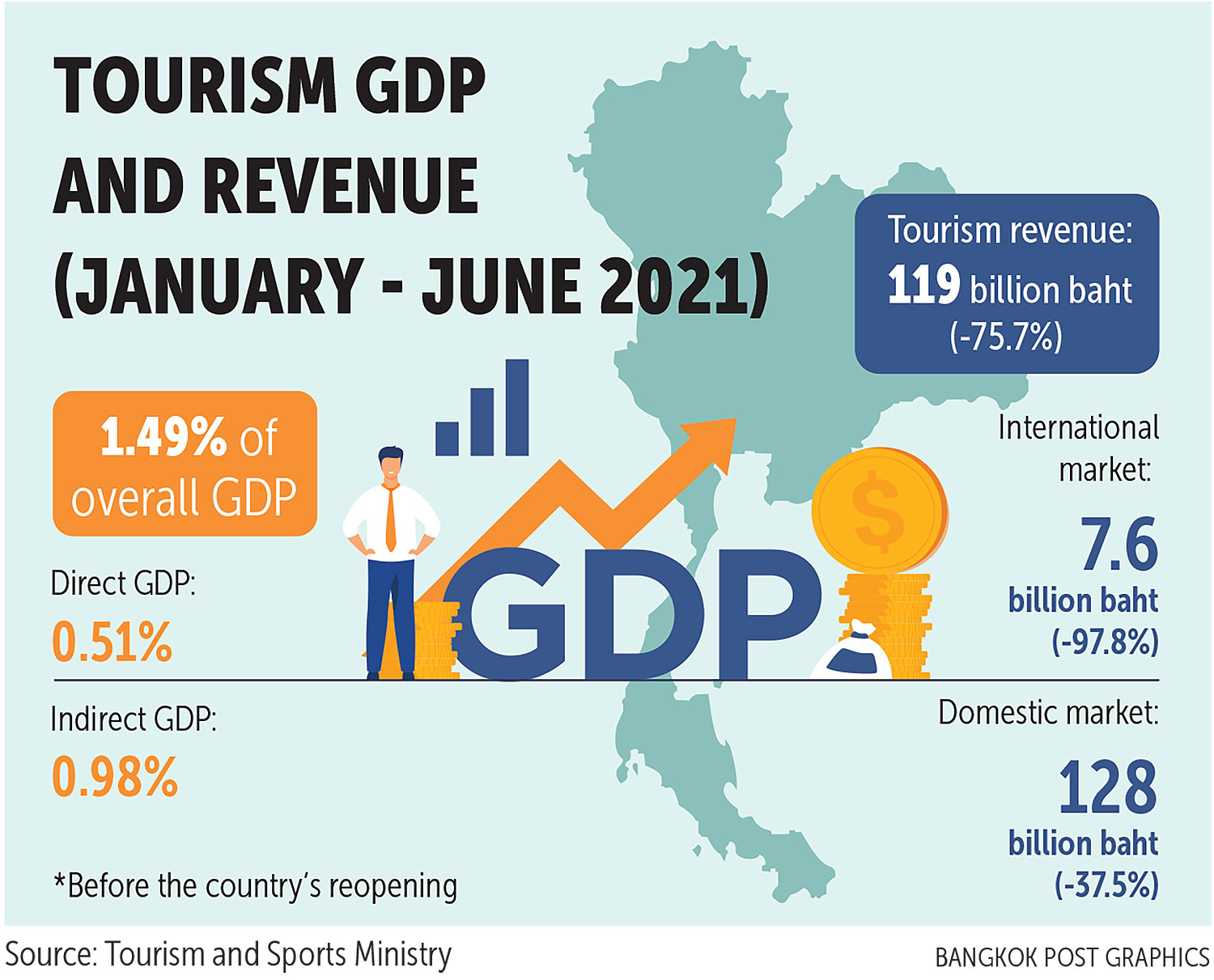 "We had a clue before the CCSA announcement on Tuesday that a more stringent entry process might be reinstated, as almost every country did the same. We cannot avoid this situation," said Supawan Tanomkieatipume, former Thai Hotels Association president.

She said hotels have been the most affected by the latest regulatory adjustment, but the highly contagious variant requires health and safety be prioritised to sustain business in the long run.

"All hotels will feel the impact to different degrees because we just rehired workers and incurred more costs from preparations to serve the high season. Hotels in Bangkok suffer the most as they don't have a domestic market to cushion the impact," said Mrs Supawan.

She said if the government can adjust the screening measures this month and resume the Test & Go scheme in early January, the tourism impact will last for only two months as people unable to obtain Test & Go approval would find other holiday destinations for January and February instead.

But if the government cannot convince local communities and travellers to change safety procedures as soon as possible, the tourism industry will lose the whole of the lucrative high season, said Mrs Supawan, who is also deputy managing director at the Twin Towers Hotel Bangkok.

She said her hotel served as a hospitel for Covid patients with mild symptoms. The Twin Towers previously planned to exit hospitel status, but consistent demand from patients has kept its service running.

If stringent measures are required, the sandbox programme is the only acceptable choice for Phuket, said Bhummikitti Ruktaengam, president of the Phuket Tourist Association.

The CCSA decision to allow Phuket to continue as a sandbox destination delighted tourism operators in the province as they can have direct flights as usual.

"We're confident with our screening measure as every arrival must take an RT-PCR test at the airport before being assigned to pre-booked hotels. There's a very low chance any of them can skip the test. This is an important process, as in recent months we mostly detected Covid cases through the first test at the airport," said Mr Bhummikitti.

He said tourism operators acknowledged the recent CCSA measures are necessary, even though they might receive fewer travellers.

However, Mr Bhummikitti said the virus situation in Thailand and overseas should be handled differently.

Recent outbreaks in many Western countries are mainly attributed to people who refuse to be vaccinated and preventive discipline, which differs from the experience of Thailand, where most tourism destinations are comprehensively vaccinated and people consistently wear face masks and use sanitiser, he said.

Yuthasak Supasorn, governor of the Tourism Authority of Thailand, said the temporary suspension was unavoidable as the number of new Omicron cases detected in arrivals via the Test & Go scheme rose rapidly.