Thailand hosts the Apec summit in 2022 under the theme of 'Open. Connect. Balance'.

The coming year looks to be an eventful one with activities that could have a big impact on Thailand, ranging from the country's hosting of the Asia-Pacific Economic Cooperation (Apec) summit to the trial of the retail Central Bank Digital Currency (retail CBDC).

The 2022 Apec summit to be hosted by Thailand late next year will mark a significant step toward the business sustainability goal, which is expected to become increasingly important post-pandemic.

Governments are not only paying heed to their public health systems following the spread of Covid-19, which has ravaged economies, but they have also agreed to make environmental protection a crucial part of business growth.

The Thai business sector will raise the bio-, circular and green (BCG) economic model, advanced by the Prayut Chan-o-cha government, for discussion and propose capital funding to help businesses in 21 economies during the Apec Business Advisory Council (Abac) meetings next year, which will provide advice to leaders.

"BCG is aimed to develop the economy through environmentally friendly measures, including decarbonisation," said Supant Mongkolsuthree, chairman of the Federation of Thai Industries (FTI) and chairman of Abac.

The FTI, the Thai Chamber of Commerce, the Board of Trade and the Thai Bankers' Association represent the Thai business sector within Abac, which is made up of 63 members.

An informal meeting among state officials from Apec members got underway in Phuket earlier this month.

Referred to as the Apec Informal Senior Officials' Meetings (SOM), the three-day meeting was aimed at discussing preparations and priorities for next year's meetings.

Thailand will place the long-delayed Free-Trade Area of the Asia-Pacific (FTAAP) at the top of the Apec agenda, Thani Thongphakdi, permanent secretary of the Thai Ministry of Foreign Affairs, said after the first round of the SOM in Phuket.

He said the FTAAP will emphasise sustainable development goals for society, economies and the environment within the context of reopening safely in a post-Covid world.

The FTAAP will be the future of Apec, said Auramon Supthaweethum, chief of the Trade Negotiations Department.

Thailand set the theme for the 2022 Apec summit as "Open. Connect. Balance", with a traditional Thai bamboo basket called a chalom selected as the logo.

The interlaced bamboo strips, which are strong and durable, symbolise the resilience and strength of the regional economy and send a message promoting sustainability.

The 21 member economies of Apec account for 38% of the world's population and around 59% of its GDP. 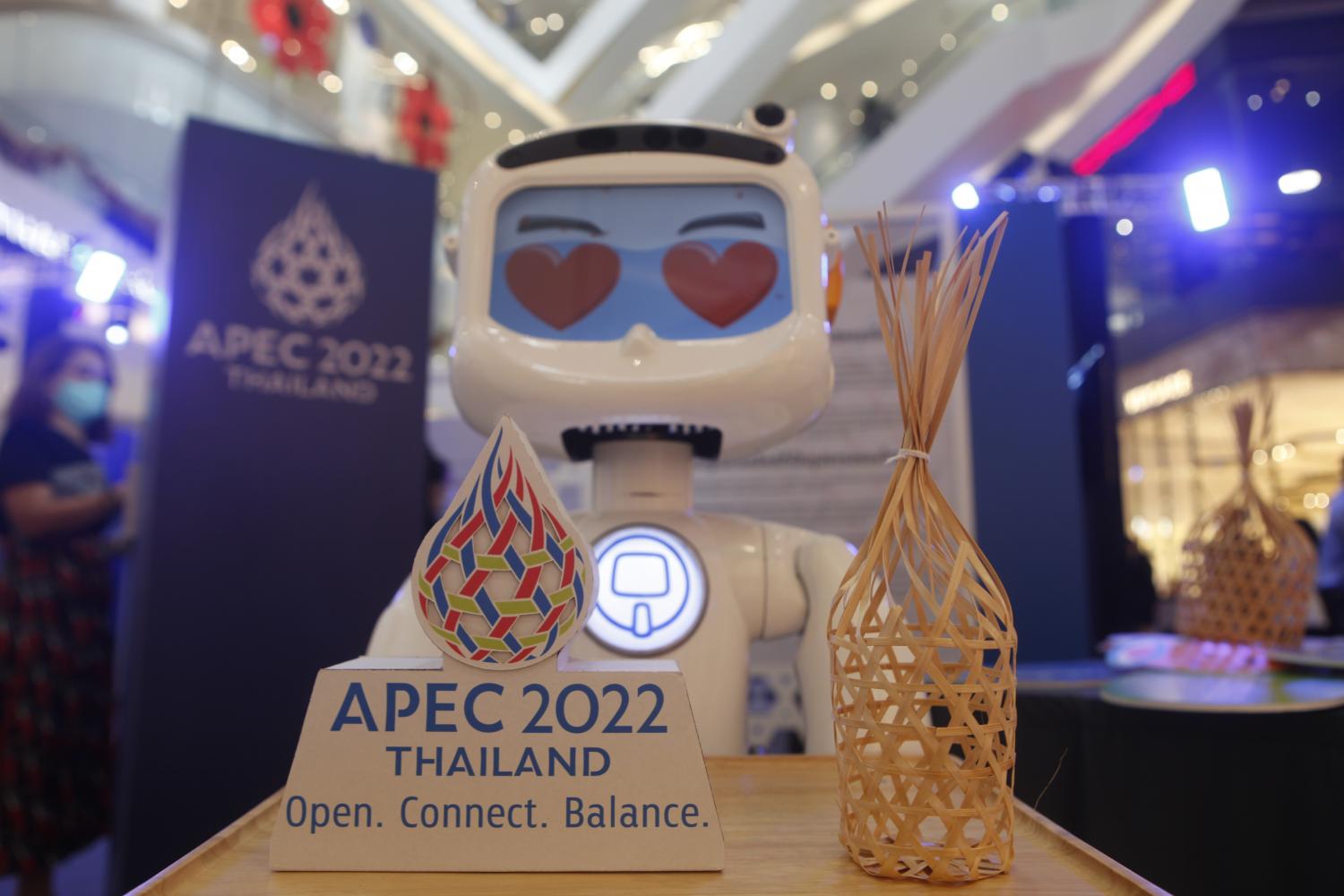 The Apec 2022 logo is inspired by a 'chalom', a traditional bamboo basket. With bamboo strands laced tightly together, it reflects cooperation between Apec member states. (Photo: Nutthawat Wicheanbut)

After almost a decade of negotiations, the Regional Comprehensive Economic Partnership (RCEP) was officially signed on Nov 15, 2020 by 10 Asean members states, along with Australia, China, Japan, New Zealand and South Korea.

The trade volume of RCEP tallied over $10.7 trillion or 30.3% of global trade last year.

The Commerce Ministry estimated Thailand has a total of 39,366 items in the form of goods that will benefit from a reduction in duty, with 29,891 set to enjoy zero tariffs in the first phase.

The rest are scheduled to see tariffs gradually decline to zero over a period of 10-20 years.

The RCEP also marks the establishment of free trade for the first time between China, Japan and South Korea.

India was an original member of the RCEP negotiations, but it decided to leave the deal in 2019, citing concerns that the deal could hurt the livelihood of its most vulnerable citizens and lead to a rising trade deficit and a flood of imports, especially cheap goods from China.

Key developments that are expected from the implementation of the RCEP include further liberalisation of trade, removal of non-tariff trade barriers and increased trade facilitation, removal of a barrier to services sectors, as well as an overall enhanced business environment through regulations relating to intellectual property protection, government procurement practices, e-commerce and dispute settlement.

Once implemented, the pact will help facilitate trade liberalisation and economic integration in Asia and the Pacific and is expected to serve as a key engine of trade and investment, and promote a more inclusive economic recovery in Asean in 2022 and beyond. 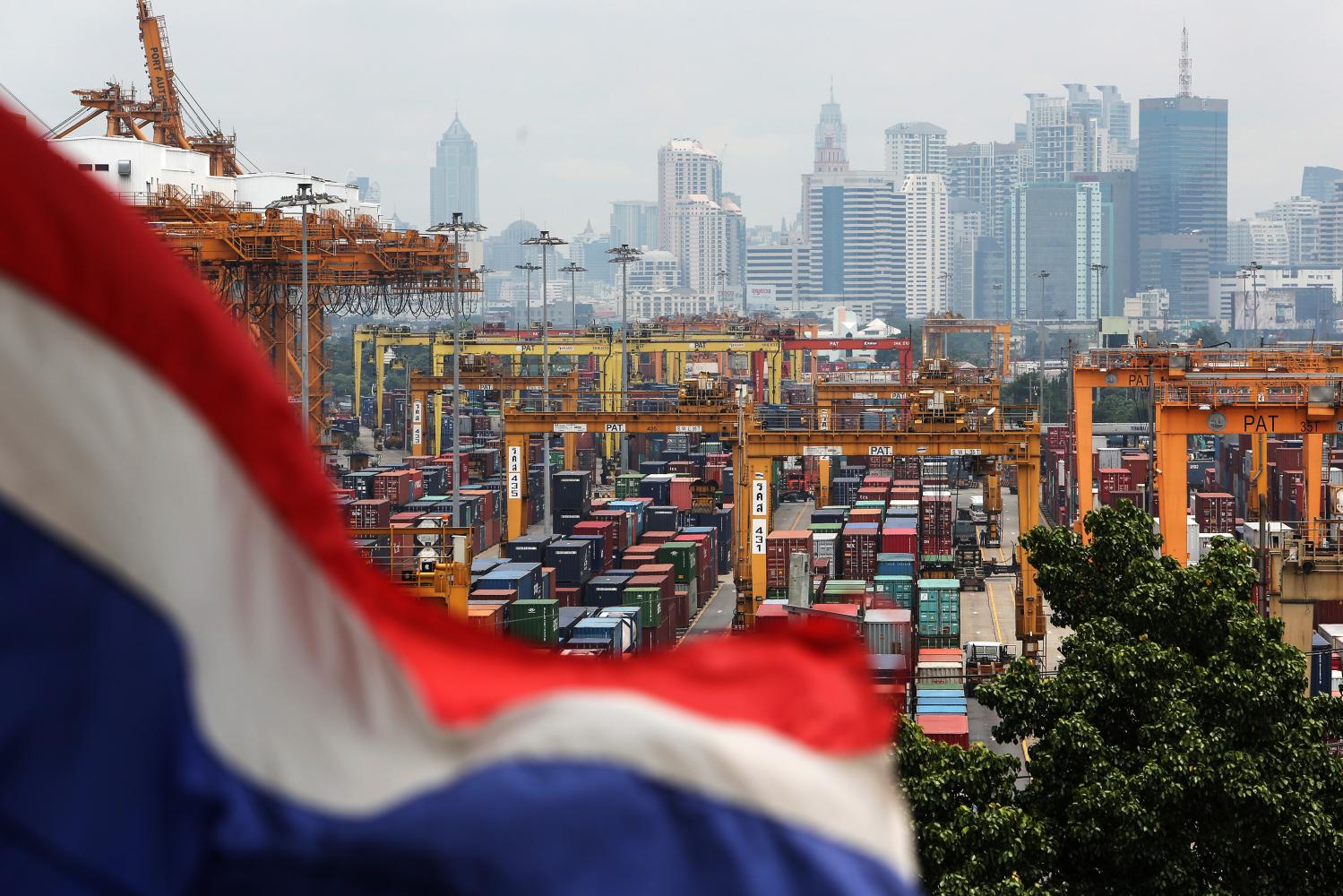 The trade volume of RCEP tallied over $10.7 trillion or 30.3% of global trade last year. (Photo: Bloomberg)

From June 1, 2022, all businesses and organisations which are dealing with personal data are obliged to comply with the Personal Data Protection Act (PDPA), which involves how they store, process and control the data with proper protection measures.

The PDPA was actually published in the Royal Gazette in May 2019 with a one-year grace period. But in May 2020, the government approved a royal decree to postpone the enforcement of most chapters of the act by another year as businesses were troubled by the first wave of Covid-19.

In May 2021, the government again devised a royal decree to defer the full enforcement of it until June 1, 2022, still citing concerns about compliance among state and private organisations amid the pandemic.

Once implemented, the PDPA is expected to change the landscape of personal data protection in Thailand. The legislation mandates that data controllers and processors that use personal data must receive consent from data owners and use it only for expressed purposes. The law includes deterrents in the form of strong penalties including fines and prison sentences for persons who break the law.

Organisations need to have data protection officers who will ensure their data protection practices are in line with those stipulated in the PDPA and act as contact person in regard to the issue.

Organisations also need to have proper system and standards for personal data handling.

They have to provide sufficient security measures to prevent data leaks, or else they would face legal consequences.

They must seek customers' consent to use their data and the reason for using it must be clearly stated. They are obliged to clearly determine methods on how data owners can cancel organisations' usage of their personal data.

Organisations must prepare a privacy policy and forms that can be used for notification when data breaches occur.

Experts suggest data minimisation and storage limitation should be taken into account by businesses and the collection and processing of personal data must be done only to fulfill purposes.

Meanwhile, a delay in the appointment of members of the Personal Data Protection Committee, a crucial body in approving subsidiary legislation, is also seen as an obstacle for organisations gearing up to comply with the PDPA as the necessary subsidiary regulations are still unavailable. 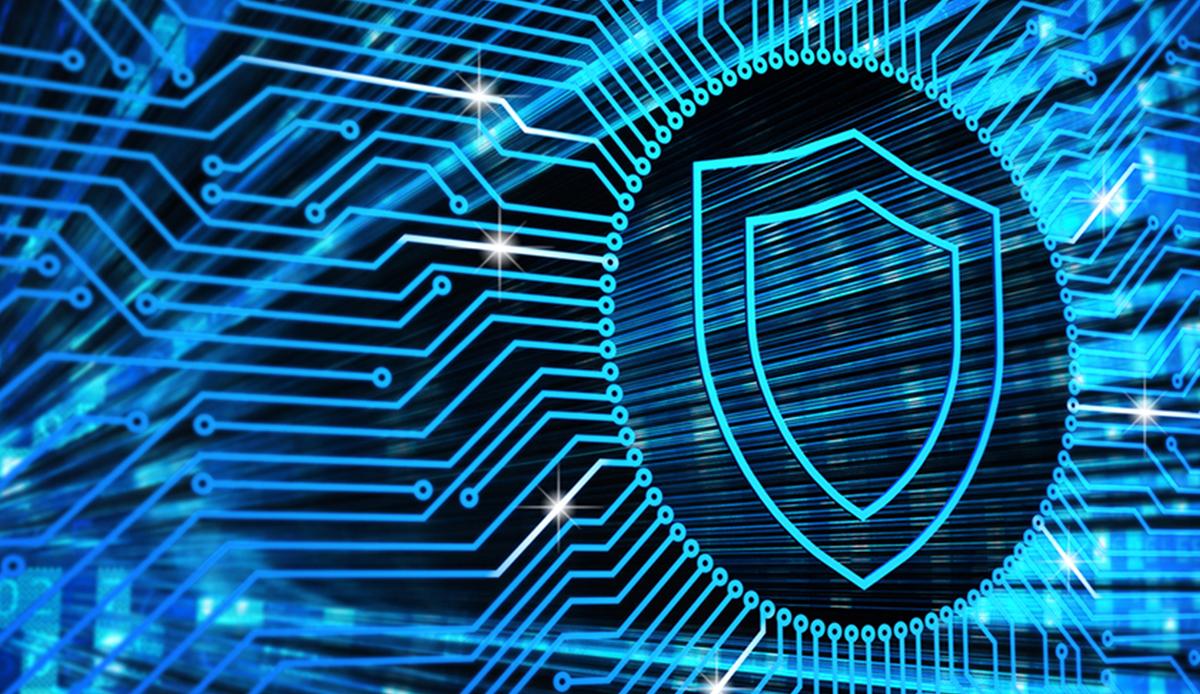 The PDPA is expected to change the landscape of personal data protection in Thailand.

The Bank of Thailand plans to test its retail CBDC in late 2022, allowing related parties to participate in the testing process.

The central bank predicts public demand for the currency will gradually increase over time, making it an alternative payment option as a substitute for cash and e-money.

The central bank studied and surveyed the retail CBDC implementation with all stakeholders, including consumers, financial institutions, merchants, the government sector and others.

The central bank already established guidelines for testing the currency as a pilot project on two tracks -- foundation and innovation.

Under the foundation track, the central bank plans to test and evaluate the use of Retail CBDC in conducting cash-like activities to a limited extent, such as acceptance and conversion of the unit, as well as using it to pay for goods and services. This phase of testing is expected to begin in late 2022.

The innovation track will evaluate the ways in which CBDC can be developed for innovative use cases by allowing the private sector and technology developers to participate.

According to the central bank, the retail CBDC will be cash-like and non-interest bearing, with intermediaries such as financial institutions acting as distributors to the general public. Conditions or limits for converting Retail CBDC need to be established.

The central bank views that the financial innovation has given rise to various forms of privately-issued digital currencies, such as cryptocurrencies. These currencies enable consumers to make faster and cheaper peer-to-peer financial transactions without intermediaries, while facilitating investment in digital assets.

They have emerged as alternatives to publicly-issued fiat money, specifically banknotes and coins. However, consumers might face risks from using private digital currencies, ranging from high price volatility to cyber-attacks.

The issuance of a Retail CBDC could provide consumers with access to a digital form of central bank money that is trustworthy and safe, while offering economic and social benefits, according to the central bank. 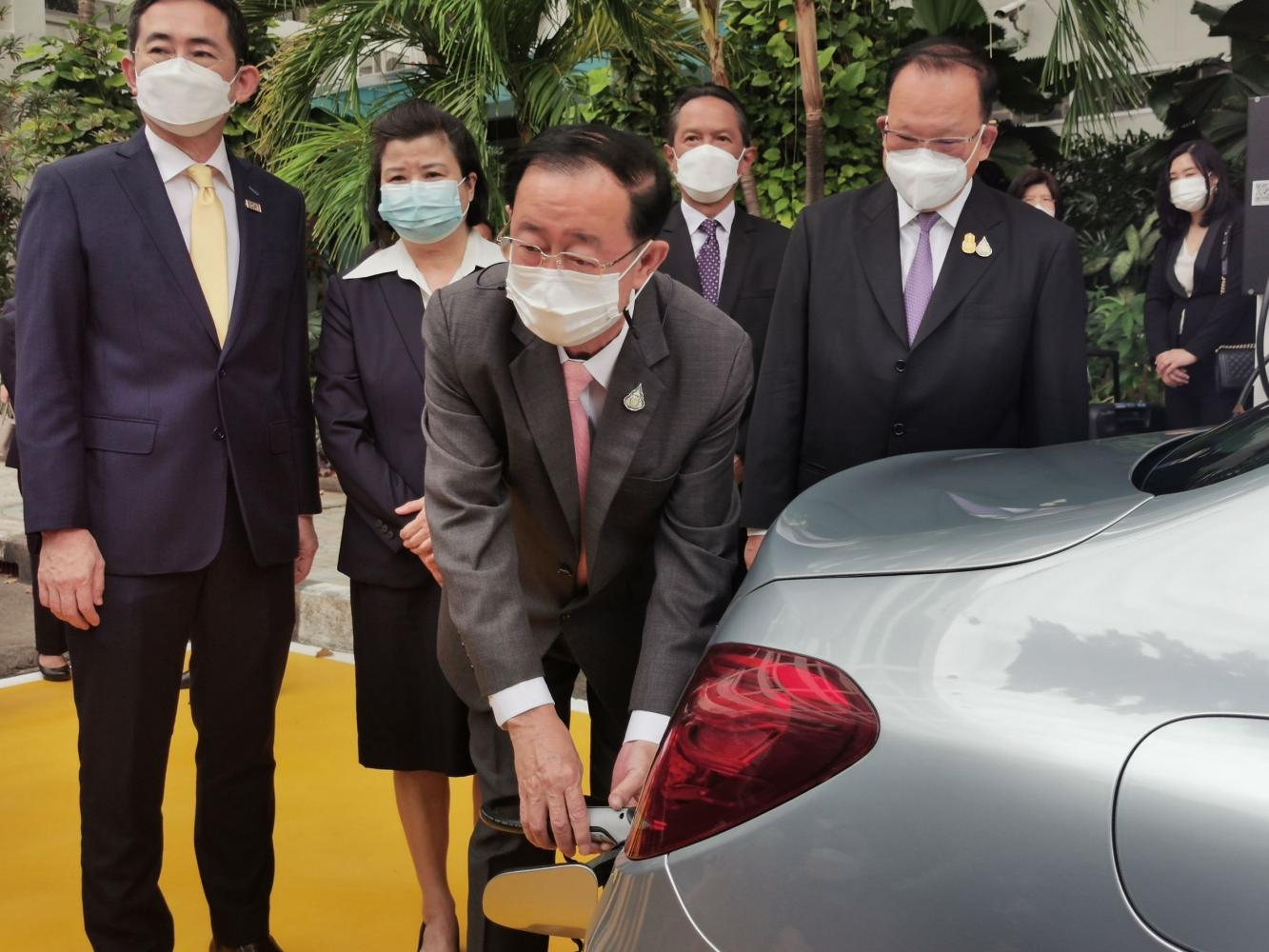 Mr Arkhom charges an electric vehicle (EV) during the Electricity Generating Authority of Thailand's launch of an EV charging station at the Finance Ministry in November.

Carmakers to consumers are waiting eagerly to see if Thailand's official and comprehensive electric vehicle (EV) promotion policy, which is expected to be announced in 2022, is sufficiently attractive.

In December 2021, Finance Minister Arkhom Termpittayapaisith said the government plans to require car makers in Thailand to lower their EV price tags and produce EVs here within three years for both domestic and export markets in order to obtain combined tax incentives and price subsidy support.

The government plans to introduce an excise tax cut and import duty reduction for EVs in 2022 to bring down EV prices. The price subsidy measure will also be launched in 2022 to support consumers wanting to buy full EVs, he said.

All these measures are expected to run for five years, said Mr Arkhom.

For the price subsidy, money will be drawn from the existing fund for promoting the country's competitiveness. The National Economic and Social Development Council is working out details of the funds to be used for EV promotion.

Thailand plans to support EV production throughout the supply chain, including the production of car bodies, batteries and spare parts.

In addition, the government set the time frame for Thailand's auto sector to transition from fossil fuel vehicles to EVs at 10 years, starting from 2022.

There are 40 million vehicles driven by internal combustion engines in the country, of which 20 million are cars and the remainder motorcycles.