Migrant workers from Myanmar, Laos and Cambodia wait to get their first shot of Sinovac vaccine at Bang Yai market in Nonthaburi on Oct 30, 2021. Apichart Jinakul

Having endured the pandemic for the last two years, Thailand's workforce gradually changed over that period as many unemployed people started to run their own business or work as freelancers.

More than a few companies are now lamenting they cannot find staff in time for a recovery.

Migrant workers who were laid off moved back to their countries during the peak of the pandemic last year and have not returned to Thailand, partly because of enhanced border-crossing restrictions.

Thailand is poised to enter a fifth wave of the pandemic, driven by the Omicron variant, sparking uncertainty over the labour force during the coming months.

The labour shortage is a long-term concern and social scientists have been warning about it for years, fuelled by a decline in birth rates, an ageing population and now the pandemic.

According to the National Economic and Social Development Council (NESDC), the working age population in Thailand will continue to edge downward, from 43.2 million in 2020 to 36.5 million in 2040. 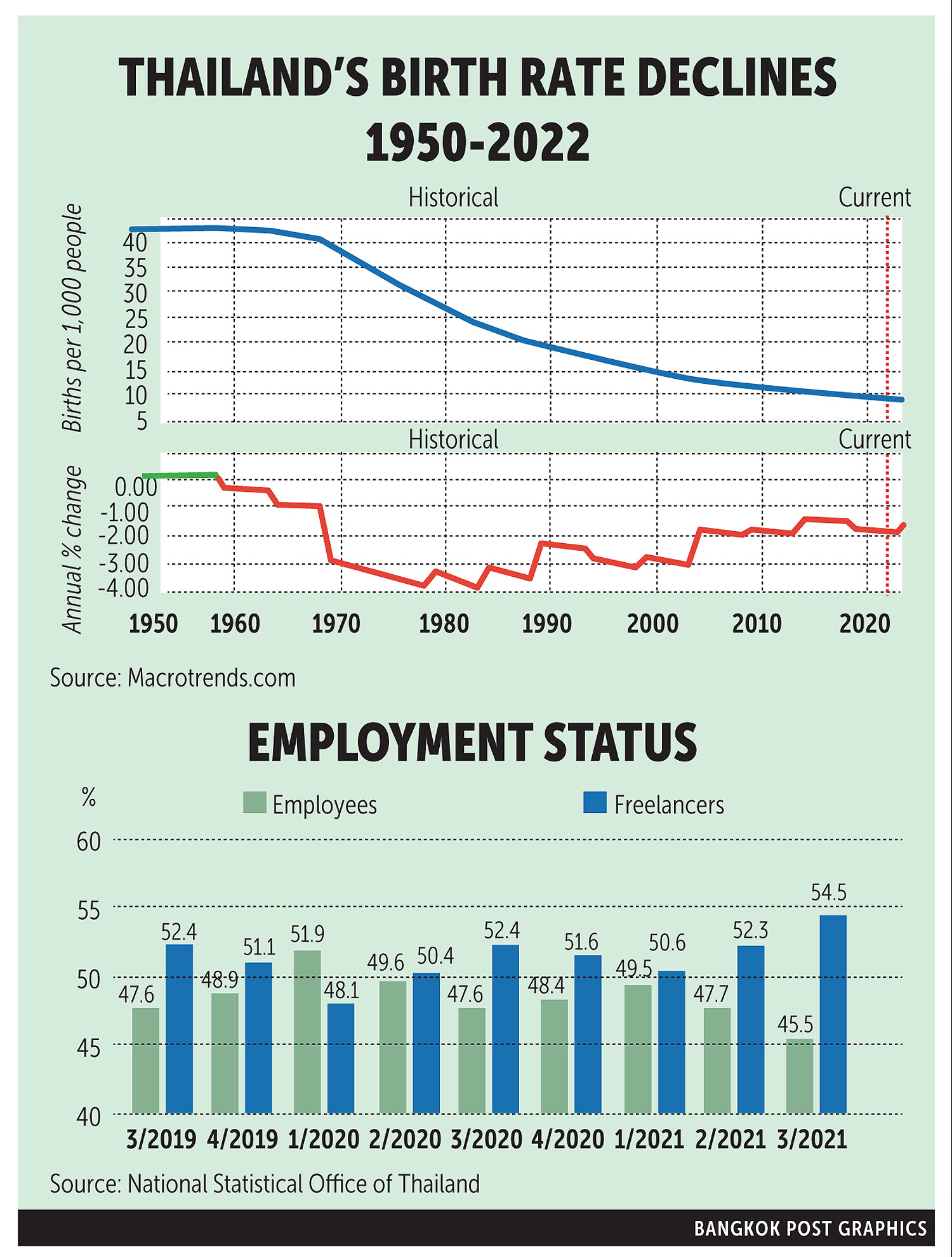 A labour shortage has loomed over the tourism industry the past few years, but during the pandemic it was ignored because many places closed given the lack of foreign tourists, said Marisa Sukosol Nunbhakdi, president of the Thai Hotels Association.

She said hospitality companies operate successfully with a mix of younger and experienced employees, as hotel services require skilled workers who can meet company standards.

However, tourism workers are reluctant to return to jobs that do not provide a secure future, said Mrs Marisa.

"As the tourism situation remains fluid, 50% of those who were furloughed or laid off during the pandemic decided not to return," she said.

"Even though we can attract a number of young applicants, this group often does not have sufficient qualifications, particularly English communication skills that generally remain pretty weak."

Mrs Marisa said in addition to a shrinking young population because of a declining birth rate, the government should pay serious attention to the quality of education for students and young adults.

Positions that require English skills, such as sales representatives and front receptionists, are the most sought-after jobs, she said. Many hotels have to offer a high salary to recruit employees with potential during the intense labour shortage.

Most hotels also find it difficult to recruit back-office workers that require specific skill sets, such as engineers responsible for system maintenance and IT and digital tech officers, said Mrs Marisa.

If young people were trained with these skills and had a better attitude towards jobs in the hospitality sector, it may help reduce labour problems in this field, she said. 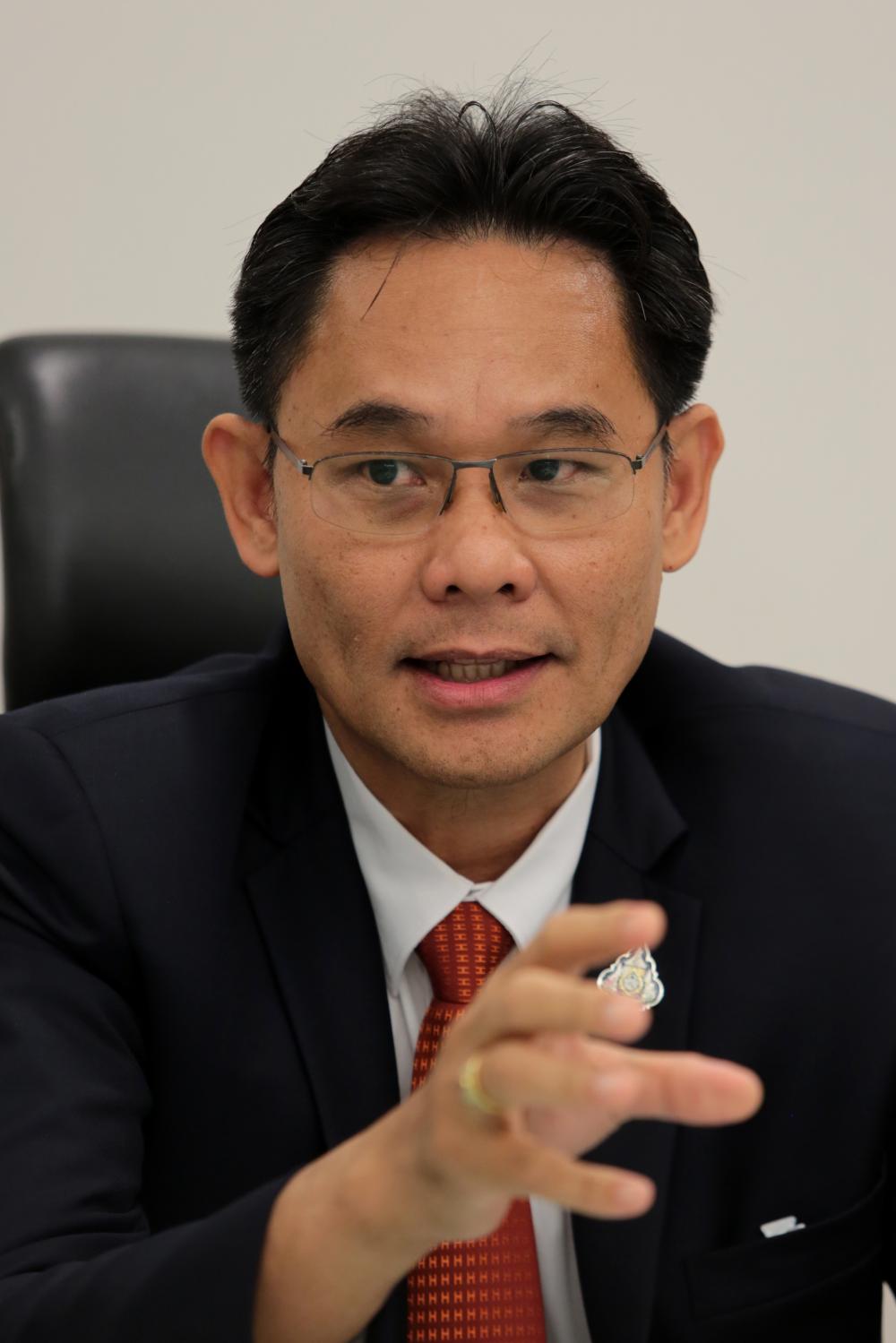 Mr Danucha says Thailand may opt for more machinery and innovation instead of labours both in the farm and industrial sectors to tackle decreasing workforces in the future. Chanat Katanyu

EMPLOYMENT ON THE LINE

The unemployment rate worries the Employers' Confederation of Thai Trade and Industry (EconThai) as it rapidly soared to 4.58% or around 1.77 million people, the highest in a decade, following two years of the pandemic.

The rate increased from 2.3% in the third quarter of last year, said EconThai, citing a report released by the National Statistical Office of Thailand.

The underemployment rate, which measures people working less than one hour a day, stands at 1.77% or 900,000 workers and is also increasing.

"Thailand has a high and rising unemployment rate, reflecting that the Thai economy has yet to recover and may be headed for more troubles caused by the Omicron variant," said Tanit Sorat, vice-chairman of EconThai.

Thailand depends on migrant workers from Myanmar, Laos and Cambodia, but their numbers declined during Covid-19 outbreaks, leading to a shortage of 486,000 legal labourers.

Many of them returned to their countries during the pandemic and could not easily come back to work because of strict travel restrictions, he said.

"Up to 70% of migrant workers are Myanmar nationals, which Thailand greatly depends on," said Mr Tanit.

"Laotians tend not to work here because their government is promoting more investments, especially from Chinese investors. A similar tendency is happening with Cambodian workers."

Labour scarcity, notably in labour-intensive industries, led to a call for the Thai government to sign memoranda of understanding (MoU) with neighbouring countries to import more workers.

"I don't think it's easy to sign an MoU to hire Myanmar workers now given the political conflict there," he said.

"It's unclear what state agencies would work on this request and many young workers are also busy fighting the Myanmar military government."

An idea to recruit people from refugee camps faces a roadblock because they are unskilled labourers, said Mr Tanit.

He suggested the government set up migrant labour employment centres at borders with strict Covid-19 screening measures to facilitate workers who used to work in Thailand and want to return. 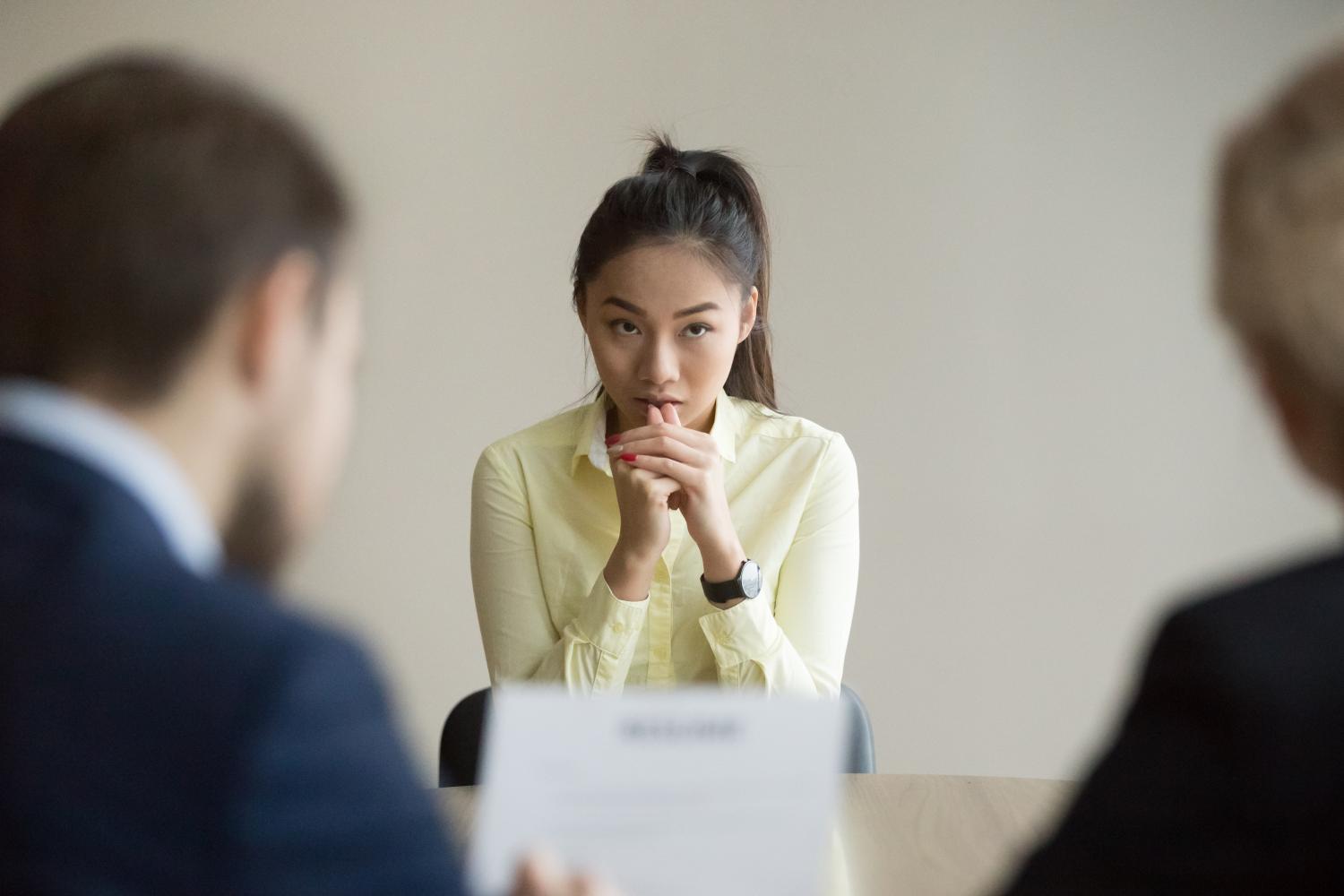 A job applicant is interviewed by recruiters. Thailand's unemployment rate is worrying the Employers' Confederation of Thai Trade and Industry (EconThai) as it rapidly soared to 4.58% or around 1.77 million unemployed people, the highest in a decade, following two years of the pandemic.

As of Jan 12, the country's workforce tallied 37.7 million, of which 24.3 million were in the private sector, with the rest in the public sector.

Workers aged over 60 amounted to 4.24 million, representing 11.2% of the total workforce.

TFR is the average number of children born to a woman over her lifetime.

Thailand's birth rate in 2020 dropped below 600,000 for the first time and took the country's TFR down to 1.51, which is "extremely low", according to global organisations.

The World Health Organization and World Bank have said if a country's TFR is under 2.1, its proportion of elderly will surge and problems associated with migrant workers will rise.

In light of the Covid-19 outbreaks, Thailand's birth rate was projected to drop below 400,000 in 2021 and fall even further this year, according to Pailin Chuchottaworn, chairman of the Council of the Vidyasirimedhi Institute of Science and Technology.

Thailand's birth rate was 1.2 million in 1970. The rate has continued on a decline ever since.

Mr Pailin said he is worried about the extreme dip in Thailand's birth rate because it can lead to labour shortages for the next 30 years.

Supant Mongkolsuthree, chairman of the Federation of Thai Industries (FTI), said the manufacturing sector is desperate for around 500,000 workers, but managed to hire only 300,000 employees under an MoU.

"Some countries may reinstate lockdown measures and Thailand could have a slow economic recovery, which would reduce demand for labourers, causing some industries to delay their hiring of more workers," he said.

According to the FTI, food processing and fisheries are labour-intensive industries that are reporting shortages, while the export sector should not be seriously affected by the lack of workers because its businesses do not depend largely on the number of employees. 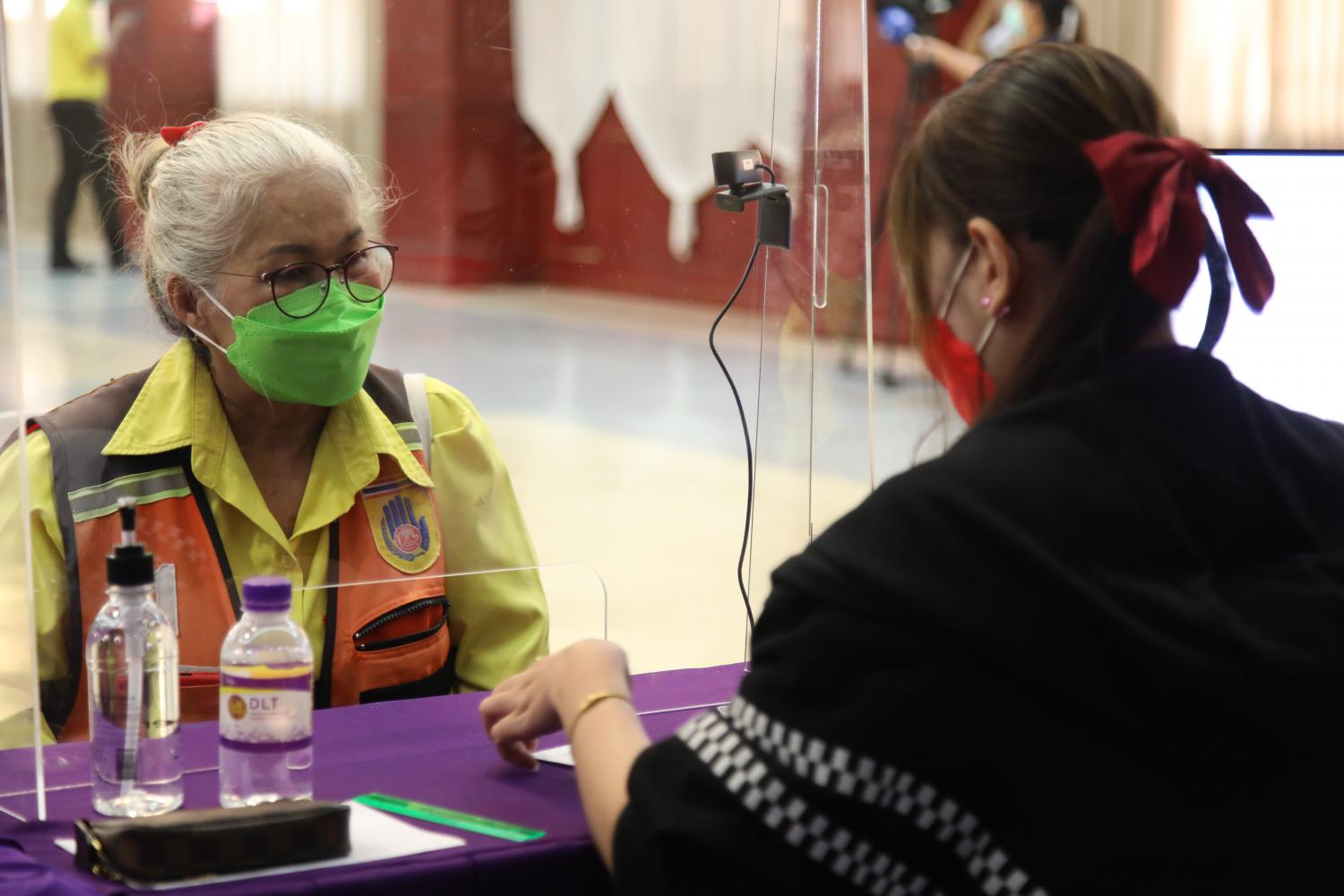 One of the big challenges for Thailand's future employment is a growing number of senior people. As of January 12, workers aged over 60 years amounted to 4.235 million, representing 11.23% of the total workforce. Arnun Chonmahatrakool

Veerathai Santiprabhob, former governor of the Bank of Thailand, advised the government to rev up implementing training programmes to upskill and reskill unemployed workers who were forced to return to their hometowns because of Covid-19 outbreaks.

These schemes could strengthen sustainable development in local areas, he said.

According to Mr Veerathai, now the director of Pid Thong Lang Phra Foundation, the government should support those unemployed workers to stay and help develop their hometowns.

"These unemployed workers are mostly quality employees who have high potential and can operate technology well," he said.

"They can be instrumental to the country's local development if they are encouraged to stay in their hometowns."

Mr Veerathai said Thailand should use this opportunity to strengthen the development of local and remote areas, speeding up support for local authorities to implement projects that can develop sustainable growth both in the farming and industrial sectors. 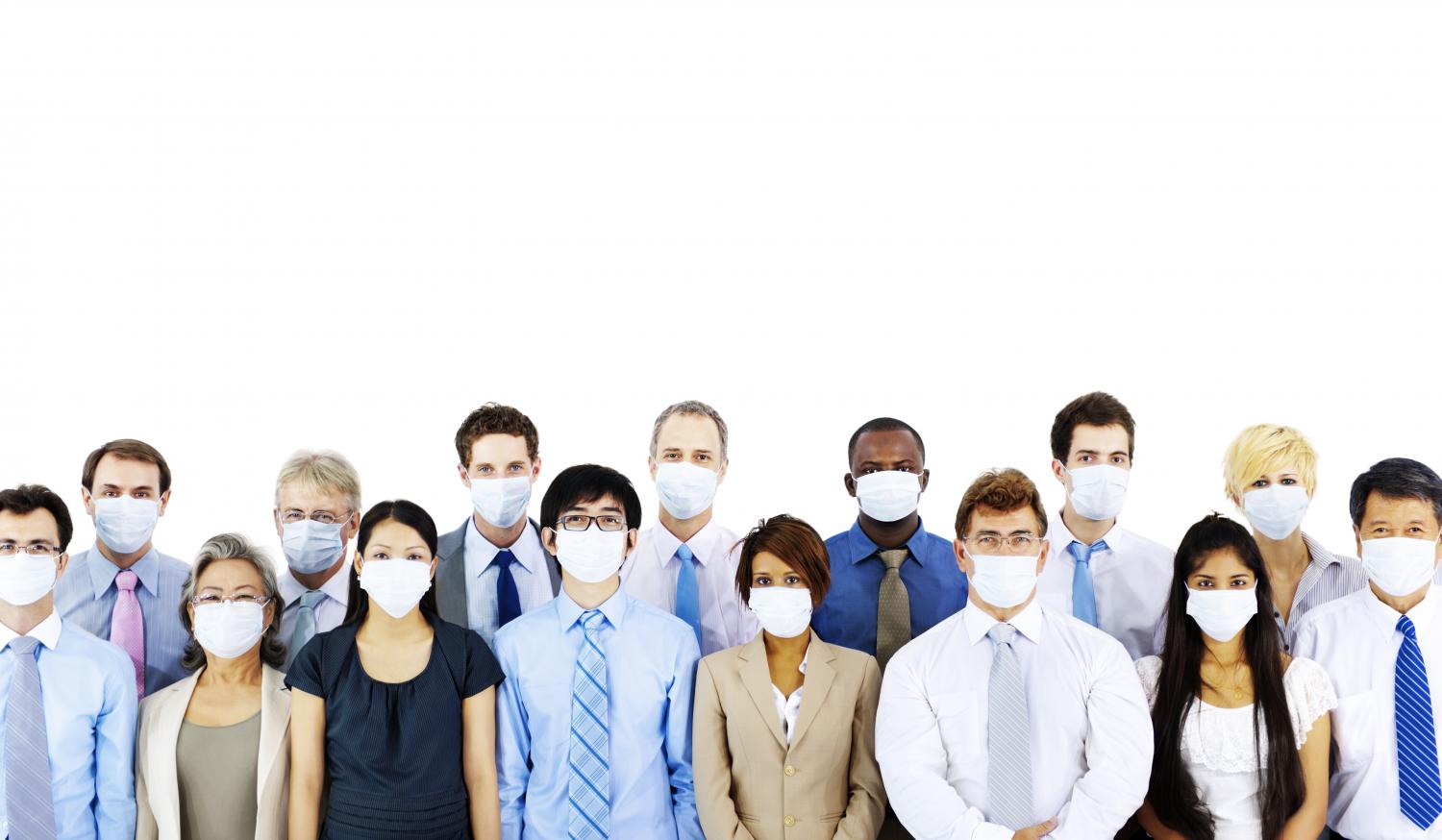 Thailand's unemployment rate worries EconThai as it soared to 4.58% or 1.77 million people, the highest in a decade.

Danucha Pichayanan, secretary-general to the NESDC, said Thailand may opt for more machinery and innovation instead of human labour, both in the farm and industrial sectors, to tackle a decreasing workforce in the future.

"The Board of Investment offers privileges to investors that develop machinery for agriculture purposes, while promoting smart farmers using more machinery in their production," he said.

According to Mr Danucha, the Higher Education, Science, Research and Innovation Ministry and related agencies are working to find solutions for the long-term workforce shortage to meet the real demand of the production sector.

The government has factored in the country's ageing demographics into the national agenda and will continue to implement plans for people over age 60 to prepare for an ageing society, he said.

Last year the cabinet approved guidelines prepared by the NESDC to deal with an ageing society, said Mr Danucha. The guidelines included savings campaigns among young workers, measures to take care of the elderly and improve facilities for them, and tax incentives for companies that employ workers aged 60 and over.

Office workers cross a pedestrian bridge in the Siam area. Thailand's unemployment rate is worrying the Employers' Confederation of Thai Trade and Industry (EconThai) as it rapidly soared to 4.58% or around 1.77 million unemployed people, the highest in a decade, following two years of the pandemic. Wichan Charoenkiatpakul

The labour-intensive logistics and parcel delivery sector has been hammered by the pandemic.

For this latest wave, delivery service providers are keeping their guard up to ward off any potential disruptions to operations.

Alex Ng, chief executive of Kerry Express Thailand Plc, said Omicron is much more contagious than the Delta variant, leading the company to resume its tightest Covid prevention protocols on Jan 1 at all of its offices, hubs, outlets and work locations.

"We also strengthened our strict travel ban and social ban for our workforce," said Mr Ng.

"Extra resources and investments were set aside to prepare for a long-term battle against the pandemic. Express service is a necessity for Thais. We will prepare to ensure our services stay up and running."

He hopes that preparation means massive service delays can be avoided.

"However, as Omicron outbreaks can be rather random, we expect there will be some on-and-off disruptions of our operations in certain areas," Mr Ng said.

The company has a network of many hubs and offices. The possible closure of a couple locations is unlikely to affect overall service availability, he said.

Komsan Lee, chief executive and founder of Flash Express, a parcel delivery service, said the company's delivery drivers are instructed to wear masks during their work.

Social distancing measures are used at the firm's distribution centres and logistics hubs, he said.

Mr Komsan said Flash adopted "bubble and seal" measures to guard against the spread of Covid-19 at its facilities, while a business continuity plan was created in case operations need to be relocated.