Production costs cited as main cause

Manufacturers can fix their product prices without adjustment for another 1-2 months before seeing them rise and remain high for at least three months as a result of higher energy prices, according to the latest survey by the Federation of Thai Industries (FTI).

Up to 40% of 150 FTI executives interviewed said they believe the business sector can "help people with unchanged product prices" for only a short period not exceeding two months.

Some 30.7% said fixed prices may last for 3-4 months while 16.7% believe the period can be extended to more than six months and 12.6% expect the most appropriate period to stand at 5-6 months. 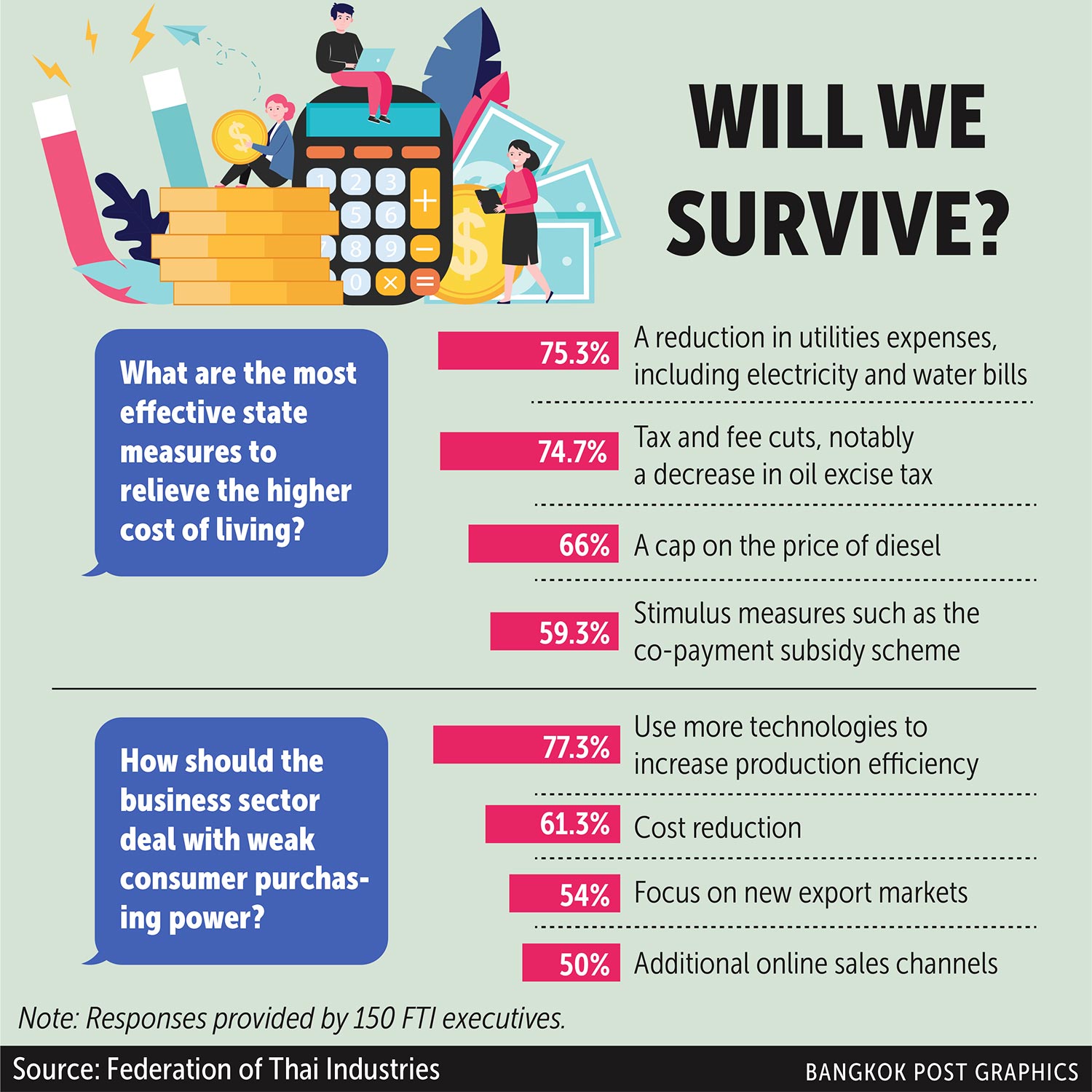 "Production costs and living costs are increasing, affecting both people and the economy, which is struggling to recover," said Wirat Uanarumit, vice-chairman of the FTI.

Higher production costs and a lack of some raw materials were cited by 76.7% as the most important factors driving up prices, followed by rising energy prices (74%), higher transportation costs (63.3%) and labour scarcity and more employment expenses (51.3%).

In response to the question of how long the price of goods and services would remain expensive, 35.3% of respondents cited 3-6 months, 34.7% believed it would last for 6-12 months, while 30% thought it would last for more than a year.

The Joint Standing Committee on Commerce, Industry and Banking (JSCCIB) said last week inflation is likely to stand at 1.5%-2.5% in 2022, but for the first six months the rate could increase to 3% as oil prices continue to rise.

Most FTI executives believe the inflation rate will be in a range higher than JSCCIB's projection.