Thailand’s richest man, Charoen Sirivadhanabhakdi, built a 516-billion-baht fortune mostly from liquor and retailing. He’s had a tougher ride in the financial sector.

The requests for liquidation, still being assessed by regulators, have already sent jitters through the industry and prompted government officials to assure policyholders that most of the nation’s other insurers have sufficient capital.

“High Covid-19 cases will continue to raise concern about the financial health of some insurers that face large potential claims,” said Poramet Tongbua, an analyst at Bualuang Securities Co. “Firms with weak financial status have been under immense pressure to find funding for survival.”

Local insurers such as Southeast Insurance, Syn Mun Kong Insurance Plc and Bangkok Insurance started selling policies for Covid-19 infections in 2020 when fear outpaced the infection rate within the country. The policies, considered by many both a novelty and status symbol at the time, typically paid as much as 50,000 baht to someone with the coronavirus for premiums of as low as 300 baht.

It was not until the country was hit by wave of the Delta strain in April last year that cases and hospitalisations surged. That set off an array of measures such as curfews, the shuttering of businesses and domestic travel restrictions to go with border closures. Though most rules have been eased, the rise of the Omicron variant has renewed pressure on the health-care system and insurers.

“We have underestimated the exposure risk of the virus mutations and new infectious variants,” Anon Vangvasu, president of the Thai General Insurance Association, a trade group of non-life insurers including Southeast Insurance. “We are keeping a close watch on the Covid-19 outbreak and hope that it won’t be worse than the 2021 peak.”

The country saw its daily caseload jump to 21,232 on Wednesday, the highest tally since the Delta wave in August last year. That’s once again filling up hospitals and heaping pressure on insurers.

Companies in Thailand now hold about 8 million Covid-19 insurance policies, almost all of which will expire by the end of June, according to Mr Anon. At the peak, there were 15 million before many firms suspended issuances because of large compensation payments, he said.

Most domestic insurers have the capital and financial positions to cope with any claims related to Covid-19 infections, Finance Minister Arkhom Termpittayapaisith said earlier this month. A “stress test” has demonstrated the industry’s ability to deal with any “potential crisis,” he said.

Southeast and Thai Insurance must continue to honour claims from policyholders and carry out normal operations until a panel decides on their petitions to close, according to the Office of Insurance Commission.

Thai Group Holdings reported a net loss of 269 million baht in the first nine months of 2021 from a 586 million baht profit a year earlier. Its Southeast Insurance unit paid about 8.1 billion baht for virus claims, according to the group’s statement. Thai Group shares have tumbled more than 40% in the past year, wiping out more than $400 million in market value.

Among other Thai insurers, Syn Mung Kong reported a net loss of 3.85 billion baht in the nine months through September, the most among the country’s exchange-listed insurers, citing coronavirus claims as a key squeeze. The firm’s controlling shareholders are exploring the sale of a majority stake to shore up capital, Bloomberg News reported in November. 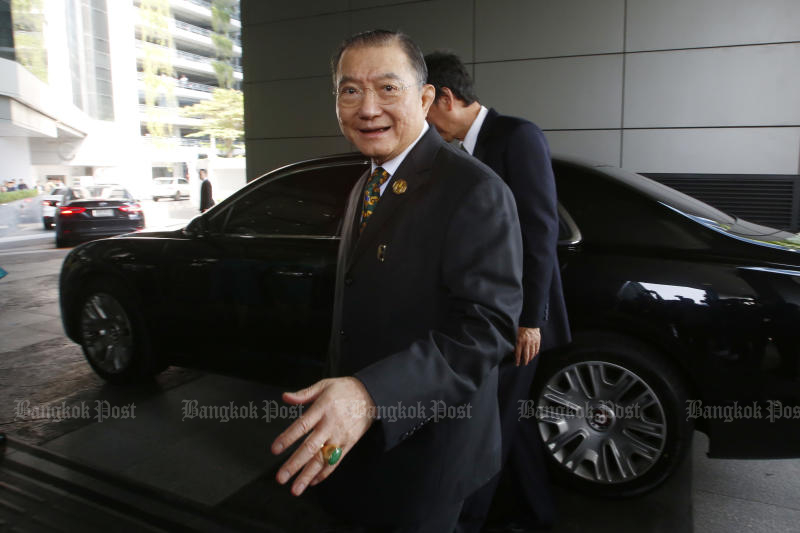 Mr Charoen, 77, ranks 120th on the Bloomberg Billionaires Index and No 1 among Thais. The majority of his estimated 516-billion-baht fortune comes from a 68% stake in beer, spirits and water giant Thai Beverage Public Company Limited (ThaiBev). He also controls vast property and retailing assets through Frasers Hospitality Trust and Berli Jucker Plc, which operates stores it took over from Casino Guichard-Perrachon SA and Carrefour SA.

Still, the pending insurance closures are not the first time Mr Charoen’s financial firms have faced problems. His First Bangkok City Bank Plc was seized by the government in 1998 as Thailand wrestled with the so-called Asian Financial Crisis that saw dozens of lenders collapse.

WASHINGTON: US President Joe Biden is monitoring unrest in China by protesters demanding an end to Covid lockdowns and greater political freedoms, the White House said Monday, as rallies popped up in solidarity around the United States.