The Federation of Thai Industries (FTI) is worried the Russia-Ukraine crisis may affect car exports, which already dropped by 5.8% in January because of the prolonged global semiconductor shortage.

The invasion of Ukraine and resulting sanctions to be imposed by the US and its allies are not good for the global economy, said the federation.

"We have to monitor whether the crisis will turn more serious as well as what impact will be brought by the sanctions," said Surapong Paisitpatanapong, vice-chairman and spokesman for the FTI's automotive club.

"These factors may lead to a sluggish global economy, which will eventually affect our car exports."

Compared with December's exports, the figure declined by 31.1%. 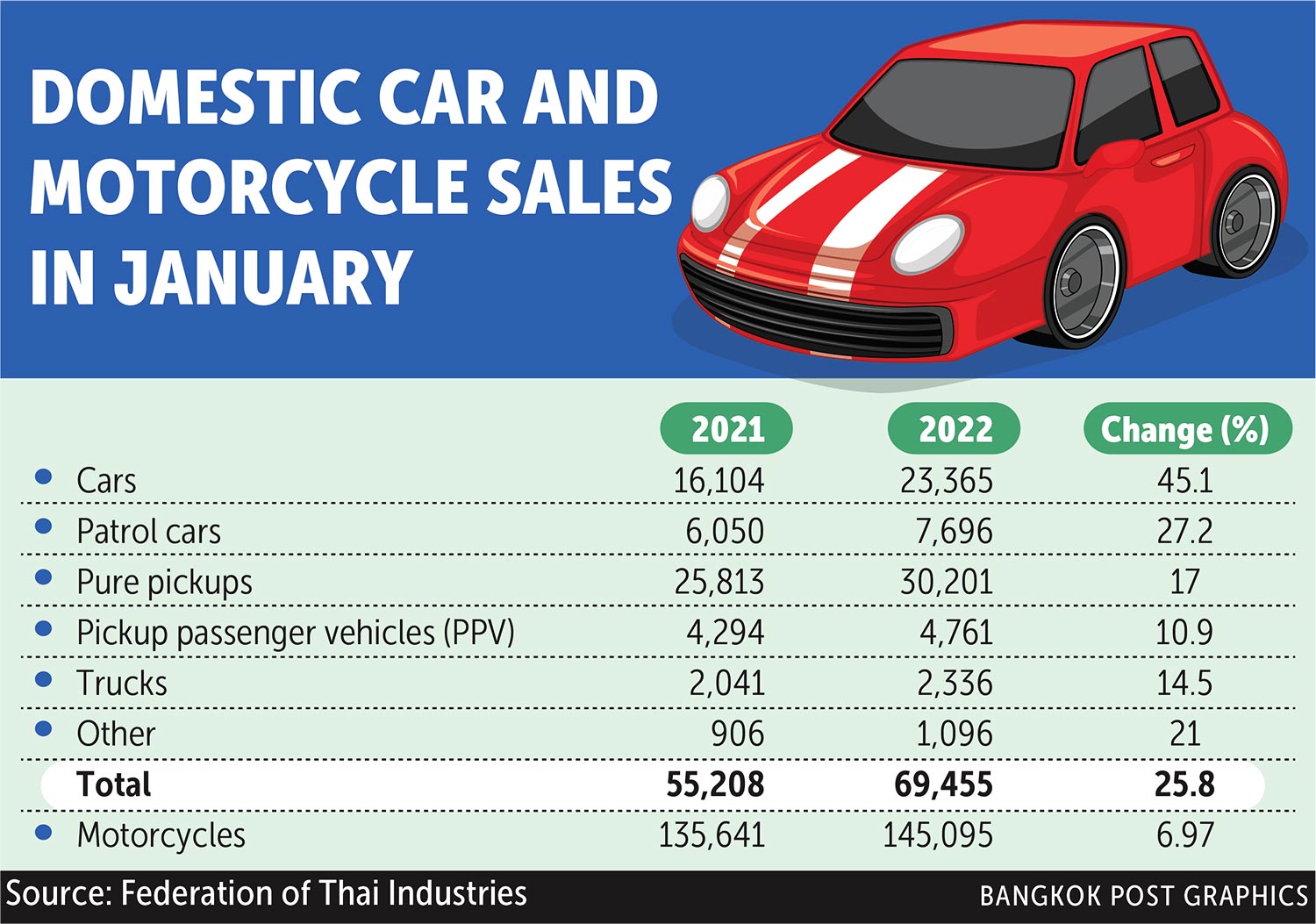 The semiconductor scarcity caused a drop in most export markets except Australia and Central and South America, where exports increased by 16.1% and 78.8%, respectively.

According to the club, total car production in January stood at 151,747 units, an increase of 2.45% from the same period last year.

Compared with manufacturing in December last year, the figure decreased by 1.7%.

"Global demand for computer chips remains high as a result of the Covid-19 impact, which fuels the need for more electronic equipment," said Mr Surapong.

"There is also high demand for electric vehicles [EVs]."

As of Jan 31, the total number of registered battery electric vehicles in Thailand was 12,005.

The number of EVs sold domestically is expected to increase this year, following the state launch of the EV incentive package, he said.