Prime Minister Prayut Chan-o-cha greeted a visitor with an elbow bump at the Thailand Pavilion, held to promote campaigns against global warming on the sidelines of the 26th UN Climate Change Conference in Glasgow, Scotland.

Bringing the economy back on track for normal growth is necessary, but may be insufficient if the government does not direct growth in a cleaner manner.

Power generation and industries that play a major role in driving the Thai economy need to be seriously adjusted to meet growing demand for environmentally friendly operations aimed at addressing climate change concerns, according to authorities.

Carbon neutrality refers to efforts to strike a balance between emitting carbon dioxide and absorbing it into carbon sinks including forests, while the net zero target is a balance between greenhouse gas emissions and absorption.

Energy Minister Supattanapong Punmeechaow said Thailand is working with the UN after it forged cooperation with countries to reduce greenhouse gases, a move that officially gained support in international meetings at COP26. 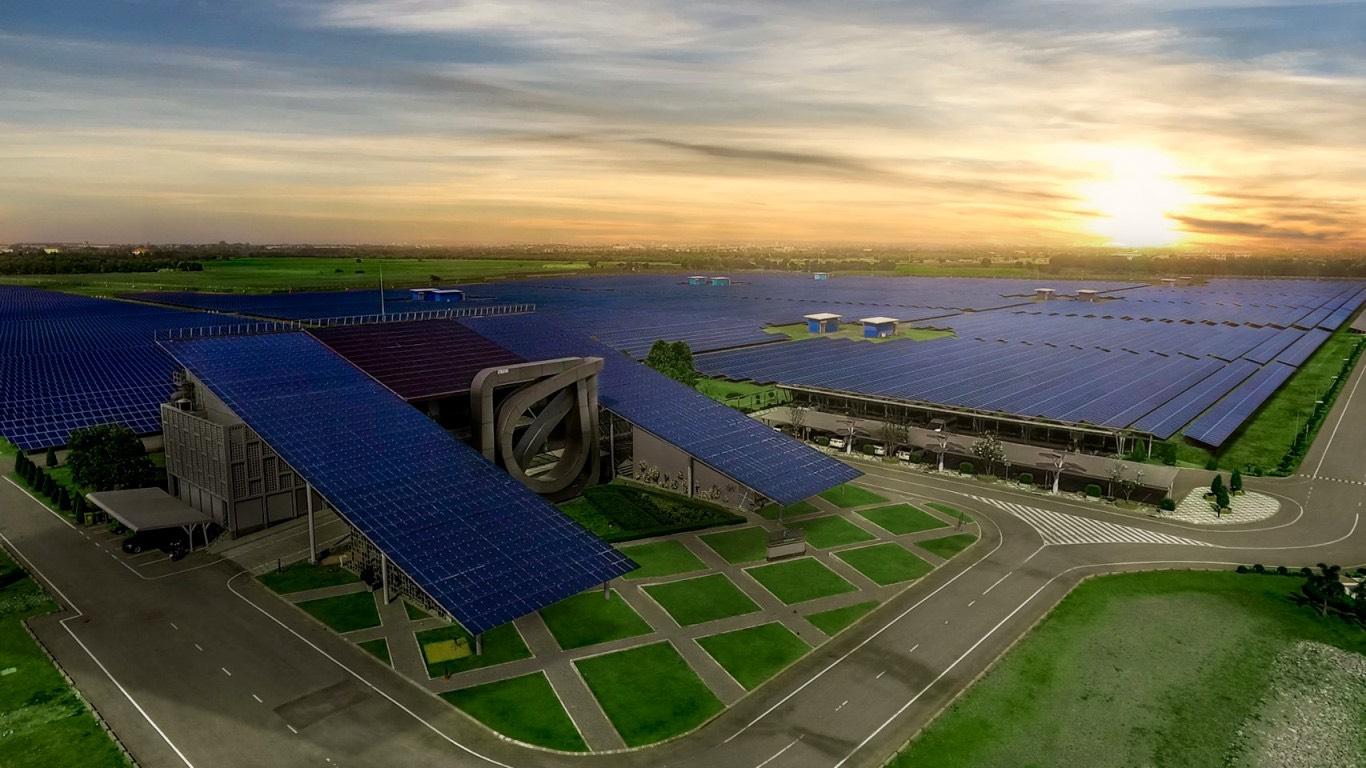 Solar power is a focus of Bangchak Corporation Plc as it moves to shift its business model.

A curb on carbon dioxide emissions in the energy and transport sectors will be a focus of the 2022 national energy plan, which will be based on the carbon neutrality goal, said Mr Supattanapong.

To come up with appropriate approaches to emissions reduction, the Energy Policy and Planning Office (Eppo) last year gathered ideas through public hearings to help it draft the national energy plan, he said.

A need for public input followed an approval by the National Energy Policy Council (NEPC), which wants well-rounded ideas on ways to cope with global warming.

Mr Supattanapong estimates Thailand may need a budget of up to 2 trillion baht to fund the cleaning of the energy sector by shifting from dependence on fossil fuels to a nation powered by green energy.

Wattanapong Kurovat, director-general of Eppo, said the 2022 national energy plan will focus more on clean energy by upgrading the state grid to better serve a smart city scheme, which encourages the wise use of energy, as well as promoting the trade of electricity produced by rooftop solar panels under a distributed power generation system, also known as a smart grid.

The plan also emphasises efforts to increase the number of electric vehicles (EV), he said.

Targets for car production and power generation have already been adjusted to promote clean energy.

Earlier last year, the National EV Policy Committee announced a goal to have EVs comprise 50% of vehicles made locally by 2030.

The NEPC approved a plan to increase the proportion of renewable energy used to generate electricity to 50% of all energy types by 2037, up from a previous target of 35%.

Officials previously set a target range of between 2065 and 2070 to achieve the net zero emissions target, but this range was viewed as being too distant by Praipol Koomsap, Thammasat University economist and former assistant to the energy minister.

He suggested policymakers shorten the target to halve greenhouse gas emissions to 2040 and hit the net zero goal by 2050.

Setting a very long time frame to achieve the goal will not motivate the public and private sectors to work hard on new energy plans, Mr Praipol said.

Thailand needs to step up efforts to curb greenhouse gas emissions as international trade barriers to cope with climate-harming operations are expected to be more severe from 2023, he said.

A move towards more clean energy development and manufacturing that is kinder to the environment allows Thailand to avoid an unwanted impact on trade as well as seek new business opportunities, said Mr Supattanapong.

He said if Thailand does not make adequate efforts to reduce carbon dioxide emissions, it will not be able to avoid new trade barriers, which will increase operation costs for exporters.

Among them is the carbon border adjustment mechanism (CBAM), also known as a border tax. The EU plans to impose this tax on the carbon produced by goods imported to the 27-member bloc.

CBAM is part of the European Commission's efforts to deal with global warming.

"Everyone has to take responsibility," said European Commission President Ursula von der Leyen on the outcome of COP26.

"In the EU, we will cut our emissions by at least 55% by 2030. We will become the first climate-neutral region by 2050. And we will continue to support our partners to speed their climate transition."

However, the need to adopt a stronger policy to fight climate change may be an opportunity for Thailand and even a selling point for the country as it can be used to draw new investment projects, especially those related to clean energy development, said Mr Supattanapong.

If electricity derived from renewable energy is made available for investors, that can be a lure, he said.

More companies will follow suit as they want renewable energy to be part of their production processes, he said. 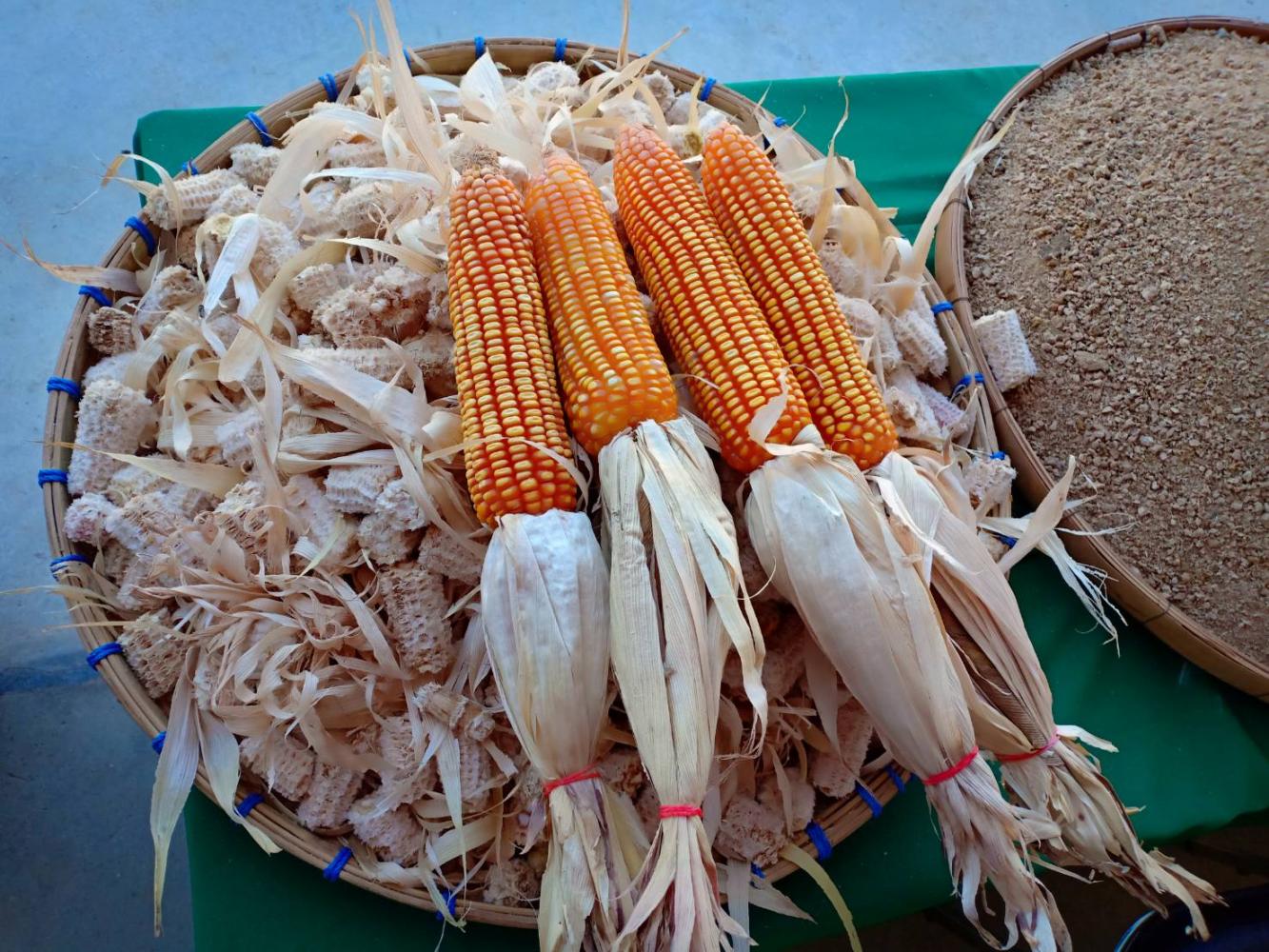 Both the state and private sectors are working on projects to promote renewable energy and reduce carbon dioxide emissions.

Mr Wattanapong said the Energy for All renewable energy development scheme is part of government efforts to pave the way for clean energy.

Energy for All, which was introduced in November 2019, encourages communities to co-invest with companies on power plants and sell fast-growing plants, like bamboo and Napier grass, as fuel.

The scheme, aimed at promoting investment in biomass and biogas projects, has first-phase electricity generation capacity of 150 megawatts, with the volume set to continue to increase.

The power plants are expected to start operations by March 2025.

In addition to renewable energy development, the FTI's Renewable Energy Industry Club is discussing with its members the development of a new platform for carbon credit trade as part of the Thailand Voluntary Emission Reduction programme, a greenhouse gas emissions reduction initiative developed by the Thailand Greenhouse Gas Management Organization.

Carbon credits, which refer to the amount of greenhouse gas reduction from environmental projects, can be traded to companies to offset the carbon dioxide they release into the atmosphere.

The old carbon credit trade platform incurs high expenses for its verification process and is not internationally recognised, according to the club.

Energy companies are also going ahead with their own plans for clean energy.

Chaiwat Kovavisarach, president of Bangchak Corporation Plc (BCP), said his company continues to change the direction of its businesses, including oil refineries, in addition to its biofuel development.

Last year BCP said it expects more electricity produced by its hydroelectric power plants in Laos as well as from two on-ground solar farms, each with 20MW of capacity, under the Yabuka and Choba projects in Japan.