Sizzler introduces a new menu with sizzling diced Australian Angus beef served on a hot plate with an original pepper sauce for 499 baht.

With most producers preparing to increase prices, restaurant chains are expected to follow suit thanks to the spike in manufacturing costs as a result of the Russia-Ukraine war and galloping inflation amid the prolonged pandemic.

Every category of retail eatery ranging from food courts, sukiyaki, shabu and steak to high-end restaurants have gradually increased their prices by 5-10% since early this year. To name a few, these include Suki Teenoi, Zen, AKA, Kouen, Narai Pizzeria, Sizzler steakhouse, Mo Mo Paradise and Four Seasons Chinese Restaurant.

Total operating costs including the prices of raw materials such as pork, fish, wheat, logistics, oil and cooking gas have already increased by 50-70% during this period.

Several food chains adjusted their strategies by delaying expansion until the second half this year, while both small to large chains are utilising new menus, styles and flavours to cope with higher costs.

Restaurants switched some of their raw materials based on rising prices, with plant-based protein becoming a practical alternative for some eateries. 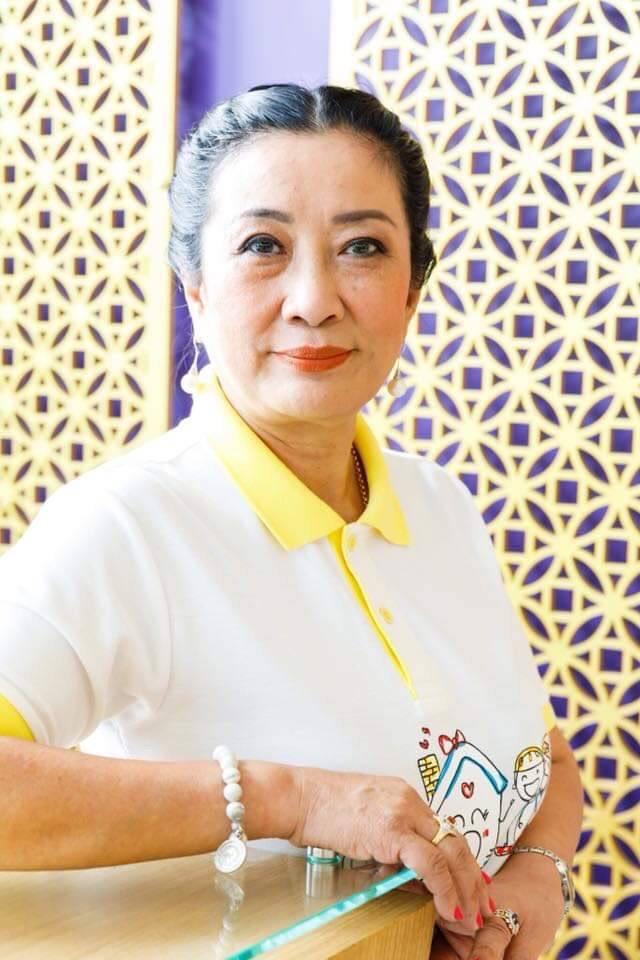 The cost of conflict

Boonyong Tansakul, chief executive of Zen Corporation Plc, the operator of restaurant chains Zen, On the Table and Aka, said the company already raised the prices of menu items at Aka Japanese restaurants by 5-10%, or 30-40 baht.

In an effort to lure more customers, the company extended the chain's service hours.

"Since prices of raw materials such as pork, salmon and chicken have sharply risen since the end of last year, we've tried to maintain our prices by bargaining on rental fees with landlords, managing with part-time staff and lowering the marketing budget because consumers are quite sensitive to price hikes," he said.

"With the sharp surge in oil prices ignited by the Russia-Ukraine war, we've finally been forced to increase the prices of some dishes."

Many brands in the buffet category recently informed their customers they raised their prices by 5-10% because these eateries normally reap a relatively low gross profit.

Although pork prices have eased, the prices of imported foods continue to rise. The price of salmon, in particular, has increased to 450 baht per kilogramme from 300 baht per kg last year.

"We may see buffet operators increase their prices or temporarily close their business if there are no peace talks between Russia and Ukraine," Mr Boonyong said.

Food price hikes may result in a sales decline of 5-10% over the next 1-2 months, he said.

Mr Boonyong said Zen has tried its best to maintain prices on its menu, signing longer-term contracts with suppliers to cut costs and using more freezer space for storage.

"We've created new menus and enhanced the customer experience by using robots at Zen restaurants in Lat Phrao and Mega Bangna earlier this year," he said.

"We plan to use more robots at Aka restaurants next month. We believe the situation for the food industry will improve in the second half this year." 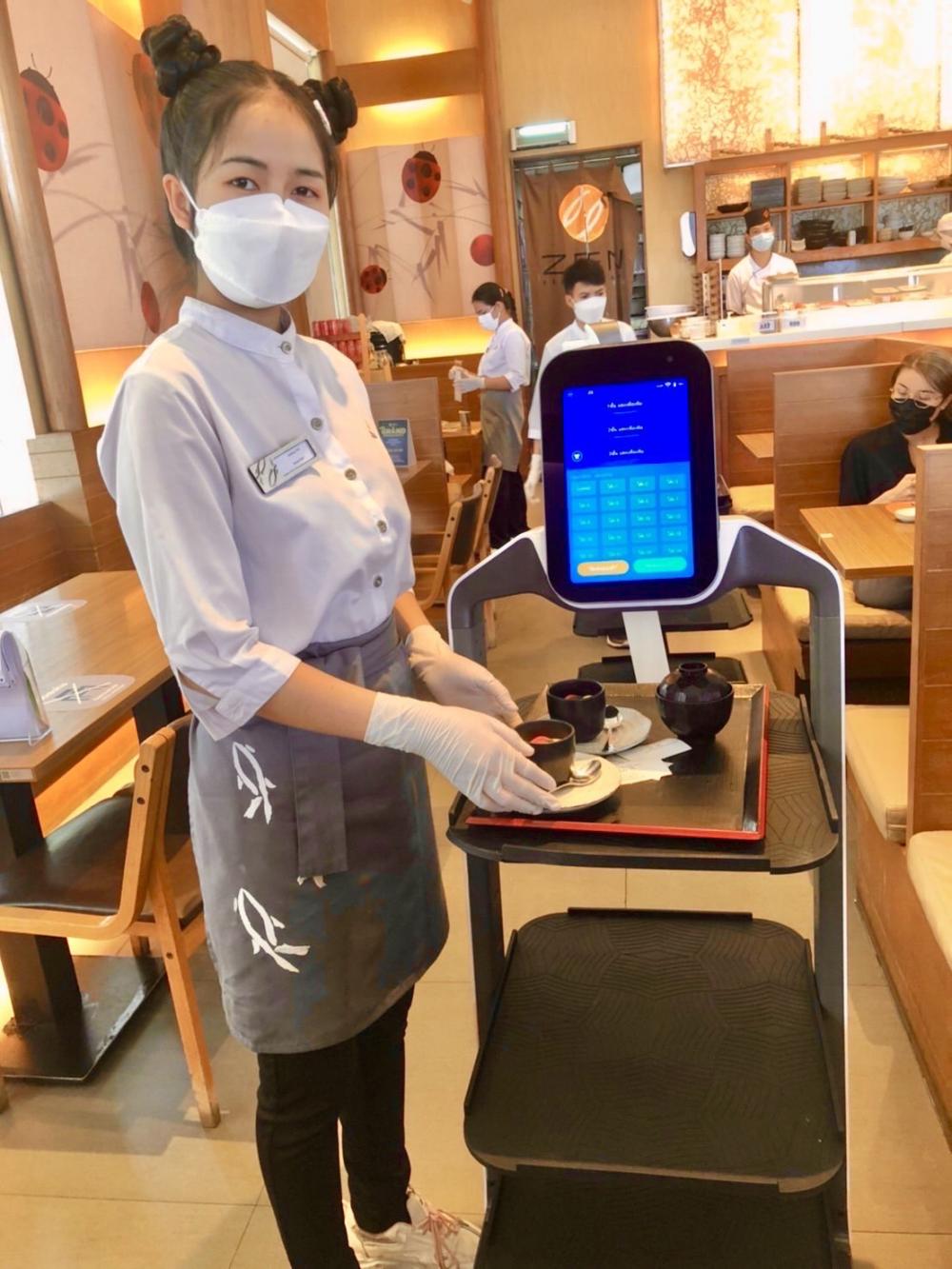 A robot assists staff at a Zen restaurant to serve meals.

New outlets in the pipeline

Atchara Burarak, founder of Iberry Group, the operator of Kub Kao Kub Pla, Thongsmith noodle store and Burn Busaba, said the cost of raw materials at its chains increased by 35-40%.

The company already adjusted the prices at some of its chains by 10-30%, depending on the dish.

The Kub Kao Kub Pla restaurant at Gaysorn mall closed permanently as sales dropped by 70%, with fewer office workers as more people worked from home and a scarcity of foreign tourists.

However, the company wants to continue expansion of its restaurants this year, she said.

"We opened three restaurants in the first quarter this year, including Kub Kao Kub Pla at Pinnacle Mall on Rama II and a Burn Busaba cafe at a shophouse adjacent to Rajvinij Bang Kaeo."

Iberry Group plans to optimise costs and space by creating cloud kitchens at these restaurants to serve the food delivery business.

A source at Minor Group who requested anonymity said after increasing the prices of some dishes by 5-10% and launching new menus with new prices, the company also plans to increase the prices of its beverages next month.

Teerapat Lertsiriprapa, chief executive of Kouen Group, said the restaurant chain adjusted its prices by 7% on average, or by 50, 70 or 100 baht, depending on the dishes. These prices will be reduced if the situation regarding raw materials improves, he said. 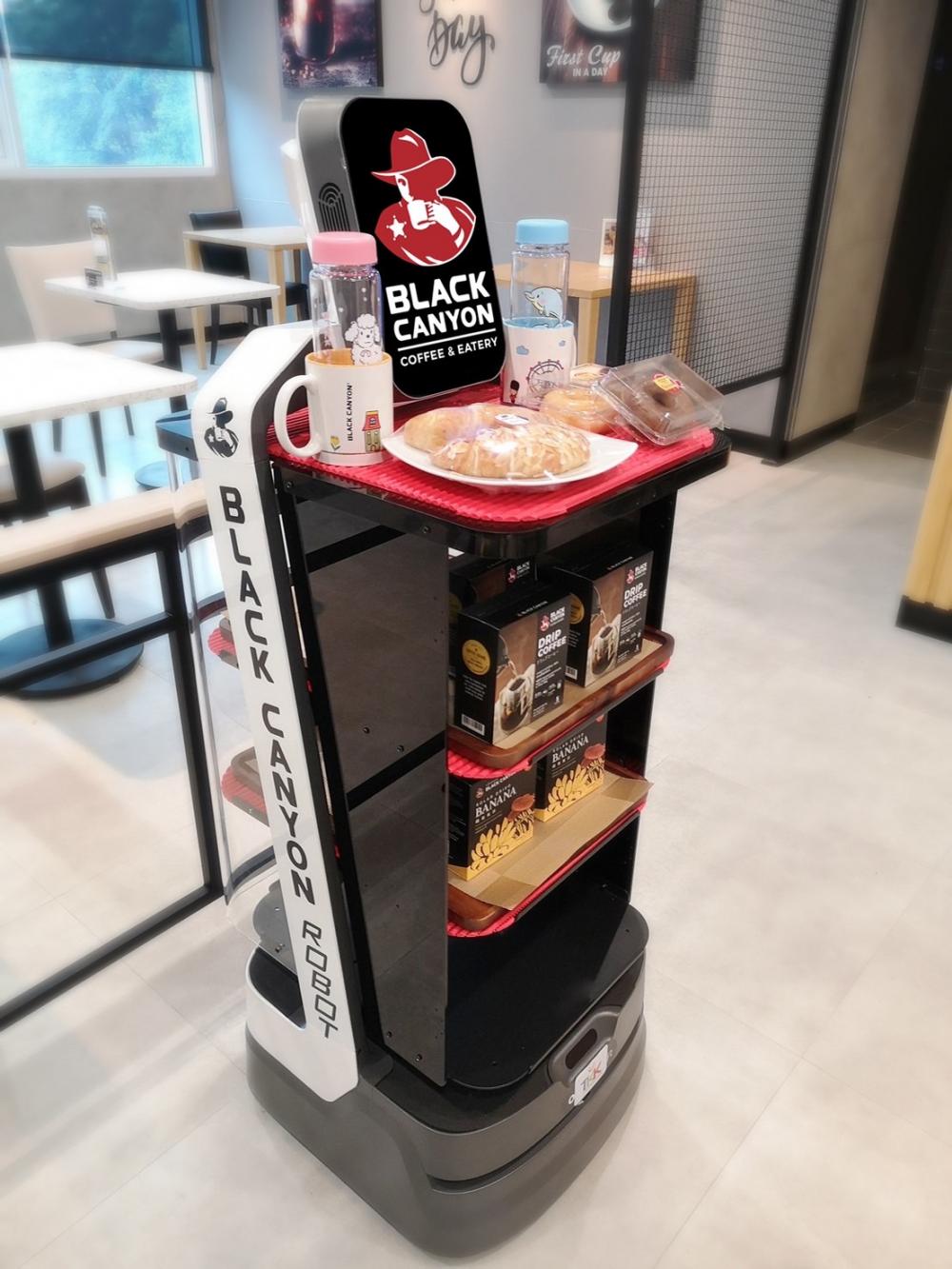 "We've tried to reduce costs for transport and in other areas to maintain our overall operating costs," said Mr Teerapat.

"We believe the impact of the Russia-Ukraine war has resulted in a sharp rise in the price of oil and raw materials, leading to higher inflation in the short term. Kouen Group believes the situation will return to normal within 6-8 months."

Kannikar Chinprasithchai, marketing and brand communications director of Black Canyon (Thailand) Co, the operator of Black Canyon restaurants, said despite increasing operating costs, the company has maintained its menu prices and is trying to increase sales and efficiency through staff multi-tasking.

Robots have been used at some branches since the end of last year and more will be added this year, she said.

In spite of a spate of negative factors, the company still plans to open 10 new restaurants this year, said Ms Kannikar.

Taniwan Koonmongkon, president of the Thai Restaurant Association, said it has been difficult for restaurateurs to manage their business because the prices of raw materials are extremely volatile on a daily basis.

With the prolonged pandemic and the rising price of cooking gas, many restaurant operators have thrown in the towel and returned to their hometowns, notably in the northeastern and southern regions, she said. In part this is because of rising prices for agricultural products such as rubber palm and cassava.

"Before going into the restaurant business, which is easy to enter, many eatery operators had other occupations that were not fruitful. If they fail again in these positions and have to leave them, I don't know what careers they will pursue," said Mrs Taniwan.

"With the continuous increase in daily Omicron infections and oil prices still surging, believe it or not along some roads there are seldom any roadside eatery customers after 9pm.

"Many restaurant operators, especially small players, are giving up, while operators who want to survive have to explore new businesses. We want to encourage restaurateurs to enter the value-added tax system to receive benefits from the government. They should also employ people who are tech-savvy."

She said the government urgently needs to help food operators by negotiating with cooking gas vendors to encourage them to gradually adjust their prices on a step-by-step basis.

"To help these operators the government should continue this scheme with a new phase."

Thailand has improved by nine places to 101st in the 2022 Corruption Perceptions Index from 110th in 2021, Transparency International (TI) said on Tuesday.