The Federation of Thai Industries (FTI) wants the government to reconsider the plan to increase the fuel tariff (Ft) as the group works to slow rising energy costs and the pressure on the manufacturing sector. 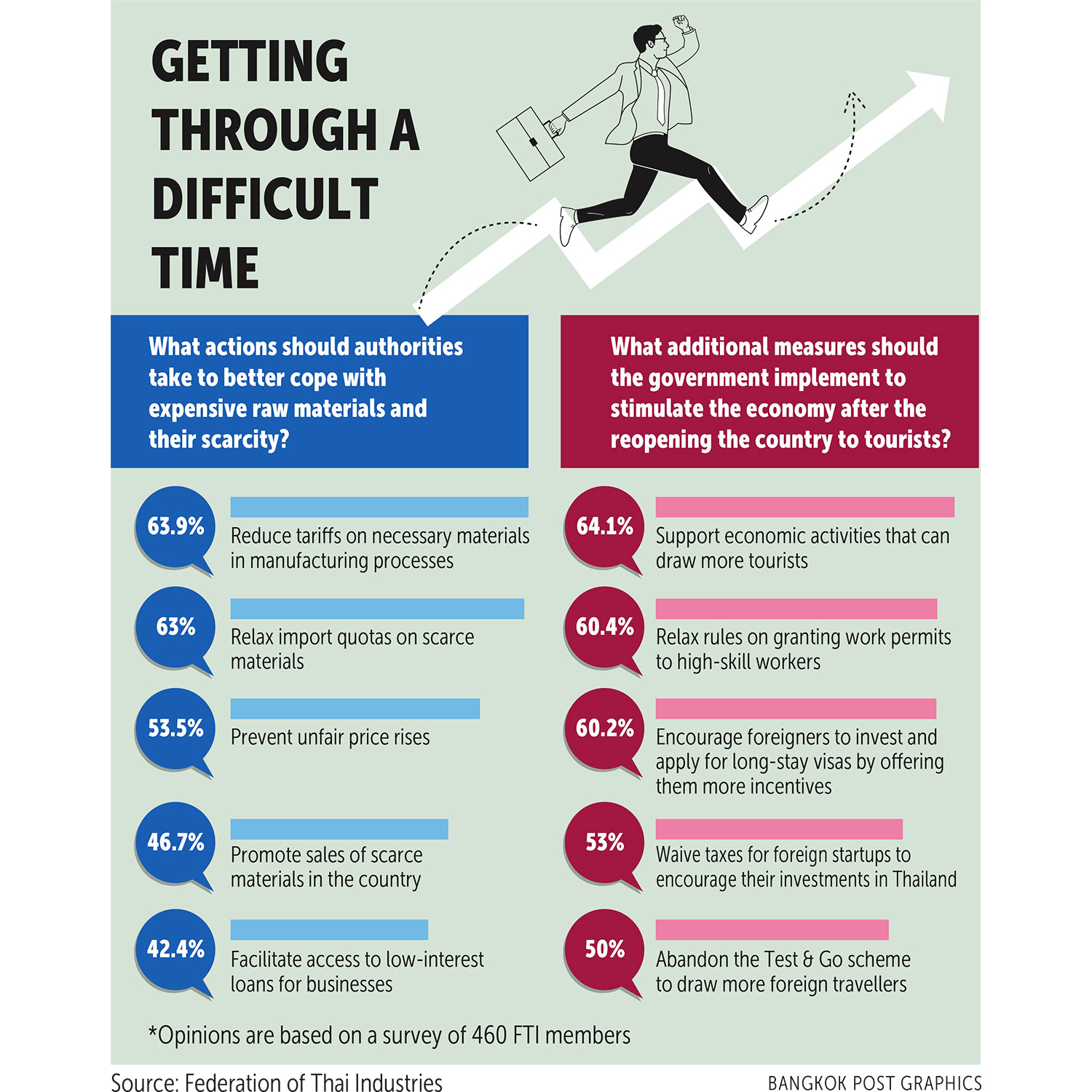 Thailand looks certain to increase the Ft, which is used to calculate power bills, as a result of the global oil price surge that began last year and is being driven by the Russia-Ukraine war, the Energy Regulatory Commission said earlier.

The country depends mostly on natural gas for electricity generation. When gas supply from the Gulf of Thailand decreased, the country imported more liquefied natural gas.

A recent FTI survey found 68.3% of the 460 members interviewed across 45 industries support the government maintaining the Ft while the economy is ailing.

Thailand not only faces repercussions from the Russia-Ukraine war, but the economy is also recovering slowly from the impact of the pandemic, said Wirat Uanarumit, vice-chairman of the FTI.

"The poll shows the manufacturing sector wants the government's help to support their businesses during the energy price hikes," he said.

A full 55% want low-interest loans to buy new energy-saving machines, followed by 50.9% demanding more investment privileges from the Board of Investment to carry out renewable energy projects.

A tally of 48.5% support incentives for businesses that can save energy, according to the findings.

Respondents agreed with the need to solve the labour shortage by replacing minimum wages with pay based on skills (71.1%), registering illegal migrant workers (60%) and speeding up signing memoranda of understanding with neighbouring countries to import more workers (54.6%).