Thailand Roadshow to Japan Reinforces Commitment to Partnership and Future Investments in EV, BCG and Electronics

Mr. Supattanapong Punmeechaow, Thailand’s Deputy Prime Minister, said that the investment promotion roadshow he recently led to Japan has reinforced a joint commitment to deepen bilateral cooperation and develop a co-creation partnership to lead future investments in electric vehicles (EV), smart electronics and green technologies in particular, that will drive the economy into a new era.

The delegation led by Mr. Supattanapong, who is also Minister of Energy, visited Tokyo and Kanagawa Prefecture between 20-23 April 2022, holding meetings with

The Thai delegation, which included M.L. Chayotid Kridakon, Thai Trade Representative, Ms. Duangjai Asawachintachit, Secretary General of the Thailand Board of Investment (BOI), as well as representatives of several other Thai economic agencies, also met the Chairman of The Japan Business Federation (KEIDANREN), Japan's largest business confederation with a membership of over 1,400 companies, and senior executives of leading Japanese companies especially in the electronics, automotive, and medical sectors. 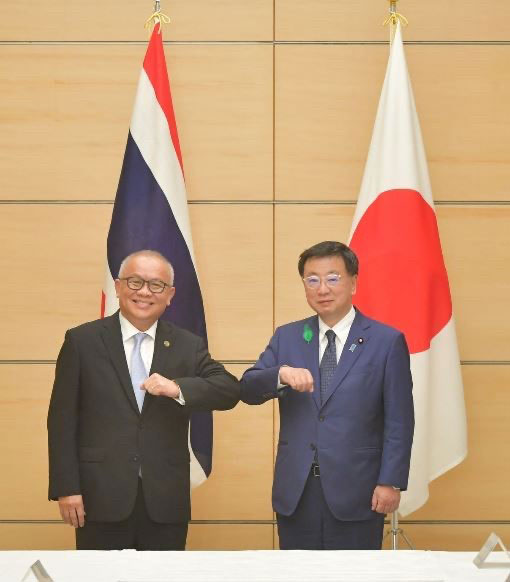 This year marks the 135th anniversary of the establishment of diplomatic relations between Thailand and Japan, and both sides reiterated their commitment to the close strategic partnership between the two countries and the strengthening of economic ties, Mr. Supattanapong said. The Japanese officials encouraged investment in new industries in Thailand and agreed to strengthen cooperation between Thailand's BCG (Bio-Circular-Green) economic model and Japan's Green Growth Strategy which are in many ways similar, he said. Thailand has made BCG the focus of its chairmanship in 2022 of the Asia-Pacific Economic Cooperation (APEC) forum.

“We are satisfied with the results of this visit and the potential for future Japanese investments,” Mr. Supattanapong said. “We discussed many issues related to our strategic partnership and how Japan can help Thailand drive its economy towards becoming a production base for modern industries that use high technology, and create sustainable economic growth in the two countries in line with Thailand’s BCG policy and Japan's Green Growth Strategy." 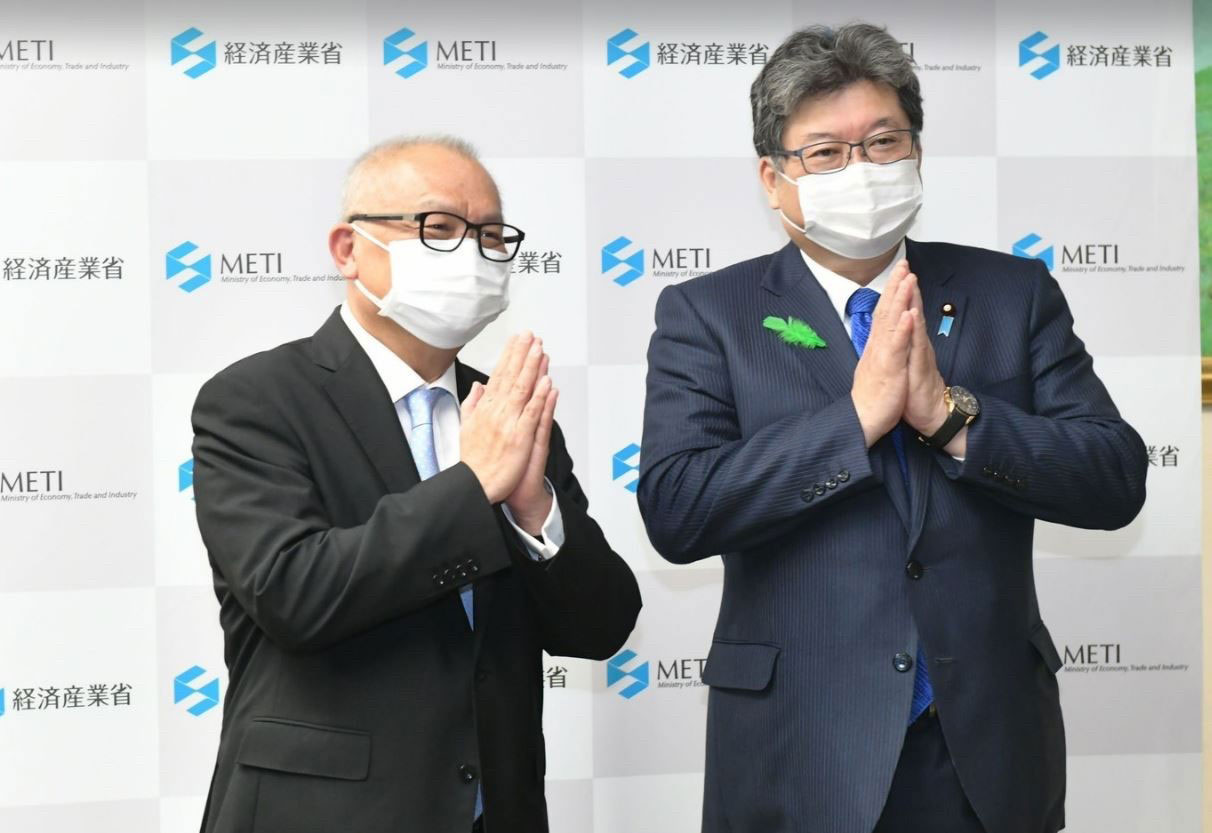 In addition, considering that ensuring energy security while reducing carbon emissions is a most important issue, the Japanese officials said the country wished to cooperate closely with Thailand under Japan's Asia Energy Transition Initiative (AETI) in the field of clean energy, Mr. Supattanapong said.

In terms of the private sector, the delegation met with key investors in the automotive, electronics and medical sectors. Mr. Supattanapong said that all the companies had expressed confidence in Thailand’s potential and were ready to consider Thailand as a key regional business base while planning to continuously expand investment especially in the automotive and electronics industries. In addition, all of them said they attached great importance to the pursuit of carbon neutrality, an issue consistent with the policy of the Thai Government which offers many opportunities for cooperation.

In his meetings with the automotive industry, the Deputy Prime Minister said he emphasised to the companies the Thai Government’s policy to promote Thailand as a global electric vehicle (EV) production base. The Government held consultations with all stakeholders and issued measures to promote EVs including a fully integrated EV ecosystem, comprising batteries, parts and charging stations, Mr. Supattanapong said, adding that all companies are willing to cooperate in this area and most have plans to develop electric vehicles that are in line with the policies of the Thai government. He said he expected all carmakers to steadily join the EV support scheme within the next two years. In addition, there were discussions about opportunities to build cooperation to promote the production of EV batteries in Thailand, an area considered at the heart of the sector’s development, as well as about the need to promote battery recycling business. 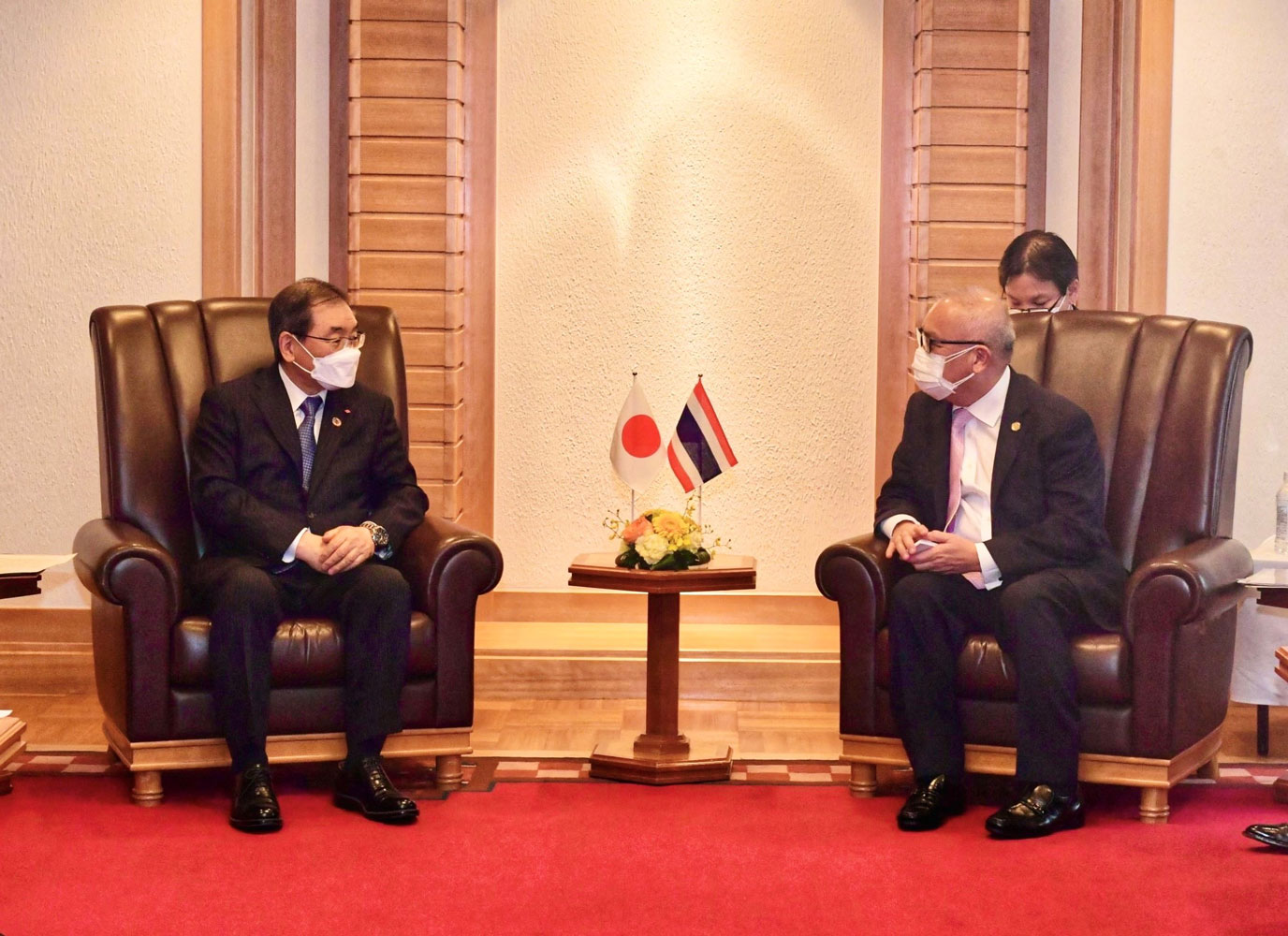 As for the electronics industry, Mr. Supattanapong said Japanese companies consider Thailand a strong midstream and downstream electronics manufacturing base which has potential to extend upstream to the production of semiconductors, and to play a role in the production of electronics for the EV industry, a segment for which the demand is expected to increase rapidly. To make that happen, Thailand will need to increase focus on building the needed human resources, Mr. Supattanapong said.

Many companies thanked the Thai government and the BOI for their help to companies to keep production going during the Covid-19 pandemic. This has helped build confidence in Thailand as a key regional production over the long term, Mr. Supattanapong said.

Turning to the medical industry, companies expressed confidence in the potential of Thailand’s medical professionals and personnel and said they would consider expanding in the pharmaceutical sector and in the area of clinical research cooperation with Thai universities and hospitals. In addition, discussions were held with Japanese companies regarding the use of medical technology in caring for the elderly, to ensure longevity and good health, an important issue as Thailand, like Japan, has become an aging society.

Mr. Supattanapong also said Mr. KISHIDA Fumio, Prime Minister of Japan, is scheduled to pay an official visit to Thailand in the coming weeks, for further discussions on the progress of bilateral cooperation, the Thai-Japan co-creation partnership initiative and investments to drive the economy going forward. In addition, the KEIDANREN is planning a visit this year by members of its Thai-Japanese economic and trade group.