Foreign tourist arrivals at Suvarnabhumi airport on May 1, following the scrapping of the RT-PCR test requirement on arrival for vaccinated travellers.

The Tourism Authority of Thailand (TAT) has readjusted its estimate for foreign arrivals this year after seeing the target of 1 million visitors per month come earlier than expected.

The monthly estimate for June bookings surpassed 1 million on May 12, the first time in two years the country has reached that milestone, attributed to the end of compulsory RT-PCR testing on May 1.

The TAT previously forecast Thailand would have 1 million travellers per month from October to December this year, which is the high season, but the latest result prompted the agency to project a consistent monthly level of around 1 million from June until the rest of the year, said TAT governor Yuthasak Supasorn.

With that adjustment, the overall number of international tourists this year will be at least 8 million, the TAT said. 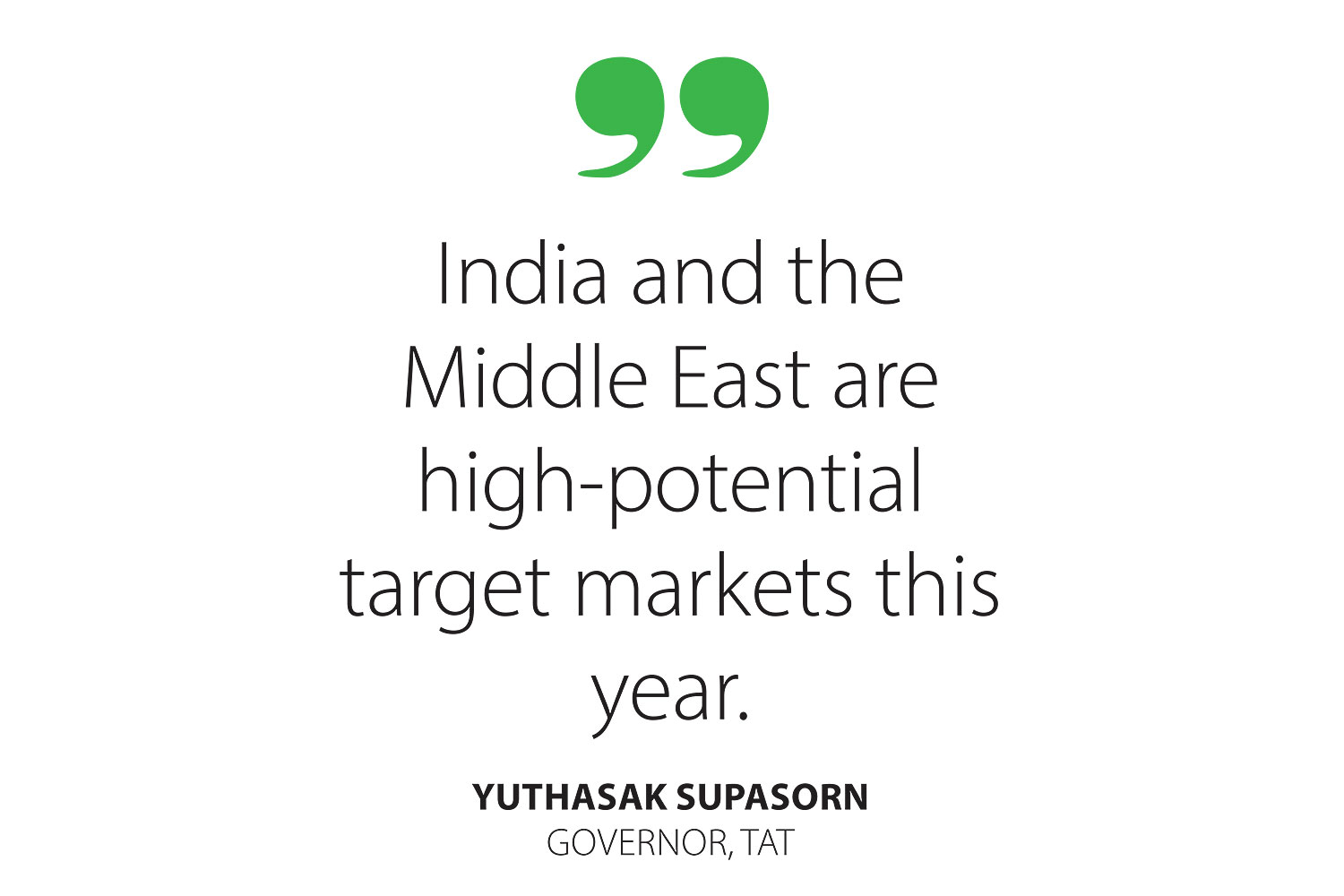 Before the pandemic, the top five source markets were China, Laos, Malaysia, Russia and South Korea.

"India and the Middle East are high-potential target markets, particularly Saudi Arabia, which could see at least 200,000 tourists flooding in this year," he said.

Mr Yuthasak said high-value tourists, who are largely unfazed by economic problems, should help support a V-shaped recovery in the sector before reaching full recovery by 2024.

He said the new phase of "We Travel Together", a hotel subsidy scheme, was still awaiting a policy update regarding the Personal Data Protection Act on Krungthai Bank's Pao Tang app. The proposed addition to the scheme of 1 million room nights might be delayed from June 1, said Mr Yuthasak.

He said if the system is not ready, the National Economic and Social Development Council might extend the timeline from September to October.

Mr Yuthasak said the industry must develop its supply side to prepare for more arrivals. He said the industry has to roll out a concrete plan to follow the bio-, circular and green economic development model by reducing single-use plastics, food waste, non-recyclable items, non-sustainable packaging, and energy consumption.

TAT plans to adapt the World Bank's Business Enabling Environment, which measures the business environment on a sustainable benchmark, using the Tourism Enabling Environment to enhance sustainability on the supply side, said Mr Yuthasak. Islands such as Koh Chang, Koh Samui and Koh Lipe, which have environmental issues, will be selected as pilot models.

The country registered 18 more Covid-19 fatalities and 1,917 new cases during the previous 24 hours, the Centre for Covid-19 Situation Administration (CCSA) announced on Tuesday.