Logos of True and DTAC are adjacent at a Bangkok mall. The board must consider the planned merger. Reuters

After only a month in office, the five new members of the National Broadcasting and Telecommunications Commission (NBTC) board -- most of whom are seen as novices in their regulatory roles -- are grappling with critical challenges, including oversight on the planned merger of True Corporation and Total Access Communication (DTAC) and a lack of commissioners in the fields directly involved with the merger.

The five sitting commissioners began their terms on April 20. Despite being able to function, the board still lacks two members in the fields of law and telecommunications, which could have important ramifications for any decisions governing the merger deal.

The recruitment process for these two commissioners is ongoing to complete the board with seven members. The process is expected to be completed by July.

The five commissioners in place are Dr Sarana Boonbaichaiyapruck, a medical specialist and former member of the defunct National Legislative Assembly, in the field of consumer protection; AM Thanapant Raicharoen, former deputy secretary-general of the NBTC, in the field of broadcasting; Pirongrong Ramasoota, a former lecturer at Chulalongkorn University's Faculty of Communication Arts, in the field of TV; Torpong Selanon, former president of the Thailand Association of the Blind, in the field of people's liberty and rights; and Suphat Suphachalasai, former director of Thammasat University's Institute of Area Studies, in the field of economics.

Dr Sarana serves as chairman of the NBTC board.

The board has allocated tasks for the five commissioners, according to a board source who requested anonymity. Dr Sarana and Mr Torpong are in charge of consumer protection issues, while Mr Suphat is responsible for related economic matters. AM Thanapant has been tasked with dealing with technical issues, including radio frequencies and broadcasting, and Ms Pirongrong is in charge of supervising broadcasting content and over-the-top (OTT) platforms.

However, the source said having vacant seats in the fields of telecom and law could affect any decision governing the merger deal.

"If a resolution or remedy measures are issued without the participation of telecom and law commissioners, it could draw criticism from the public," the source said. 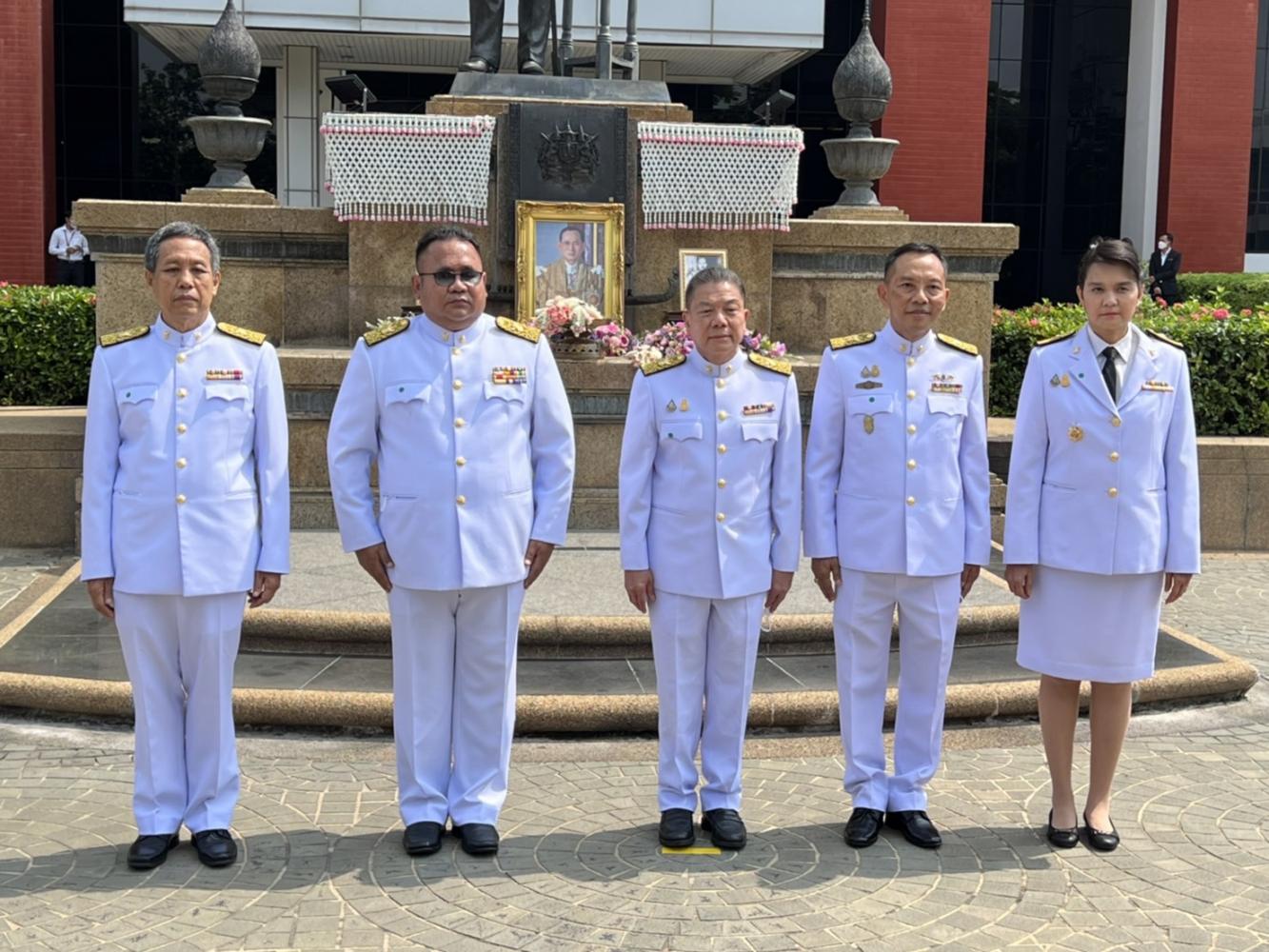 From left are Mr Suphat, Mr Torpong, Dr Sarana, AM Thanapant and Ms Pirongrong. They serve as the new NBTC board members while various critical issues in the telecom industry are awaiting their decision.

When the five sitting commissioners vote on a resolution, the board needs at least three out of five votes in order to pass it as a majority. However, some government employees question whether three votes serves as a majority because the board is supposed to have seven members, according to the source.

"If a resolution is passed by three votes, it could face legal challenges in the future," the source said.

Some commissioners believe all important resolutions may need at least four votes to ward off legal wrangling in the future, the source noted.

The source said the current board needs to determine whether it will vote on important resolutions before the other two commissioners appointed, especially resolutions related to the True-DTAC merger deal.

True and DTAC announced in November last year their amalgamation plan to form a new company focusing on technological fields in addition to traditional telecom business.

The planned merger has drawn criticism from academics and consumer advocates who believe the move would drive down the industry's competition, with consumers paying the price. The deal's opponents are pressing the NBTC and the Trade Competition Commission to scrutinise the deal meticulously.

The NBTC office indicated it has no authority to approve or prohibit the deal, only to seek further clarification from the two parties. The regulator said it only has the power to prescribe measures to govern the deal.

A 2010 regulation created by the National Telecommunications Commission (NTC) required merger deals to be approved by the regulator. The NTC was the telecom regulatory body prior to the establishment of the NBTC.

This authority was abrogated by an NBTC regulation in 2018 that allows those wishing to merge to only notify the regulator, not seek its approval. 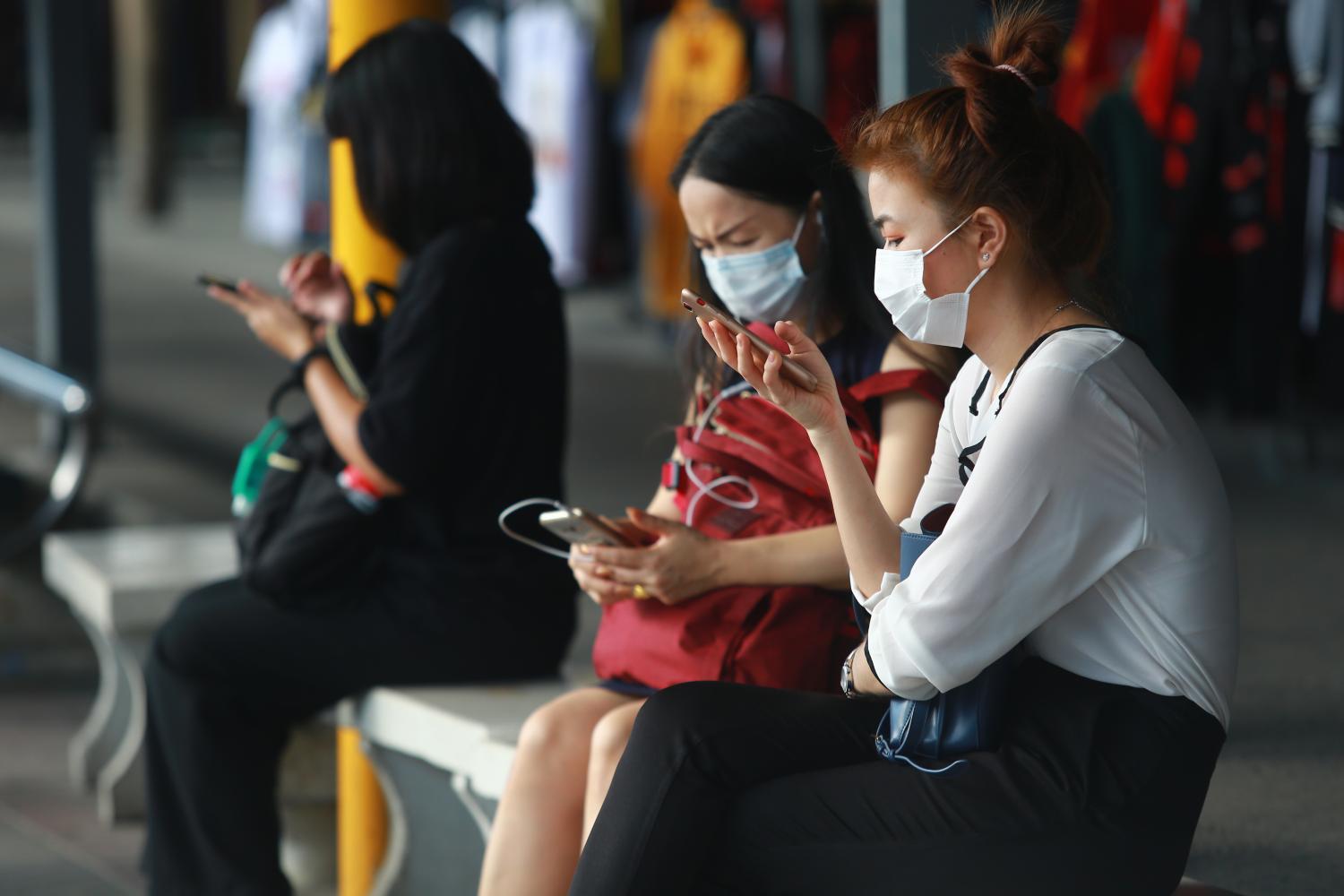 Calls are mounting for the NBTC to scrutinise the merger deal carefully to protect consumers. Somchai Poomlard

Napat Winitchaikul, a member of the committee monitoring the NBTC's work performance, petitioned the National Anti-Corruption Commission to scrutinise the move by the former NBTC board to issue the 2018 regulation.

His petition indicated the former board's move could cause damage to state benefits, which involves a breach of Section 157 of the Criminal Code, known as malfeasance. Several opponents of the merger also criticised the 2018 regulation, saying it lacked a proper hearing process and only heeded the opinions of mobile operators.

The challenges to the former NBTC board serves as a warning for the new board to be cautious about its work governing the merger deal, said the source.

The source said at least three commissioners have expressed opposition to the merger deal: AM Thanapant, Ms Pirongrong and Mr Suphat.

A telecom veteran who requested anonymity said disputes about the merger deal are expected to flare up soon as True wants all procedures related the merger, including the NBTC's move to issue governing measures, wrapped up by mid-June.

True and DTAC submitted the notification of their planned amalgamation to the NBTC on Jan 25. An NBTC rule requires telecom operators seeking to merge to report to it at least 90 days before executing the merger.

However, the NBTC board last month set up four new subcommittees to study the deal, which is expected to cause some delay to the timeline expected by the merging parties.

A True executive who requested anonymity stressed the NBTC only has the authority to usher in specific measures to prevent telecom licensees from forming a monopoly or reducing competition in telecom services, citing the 2018 regulation.

"We may consider a legal move against the NBTC over such a delay as we have to protect shareholders' benefits. True and DTAC are both listed companies," the True source said. 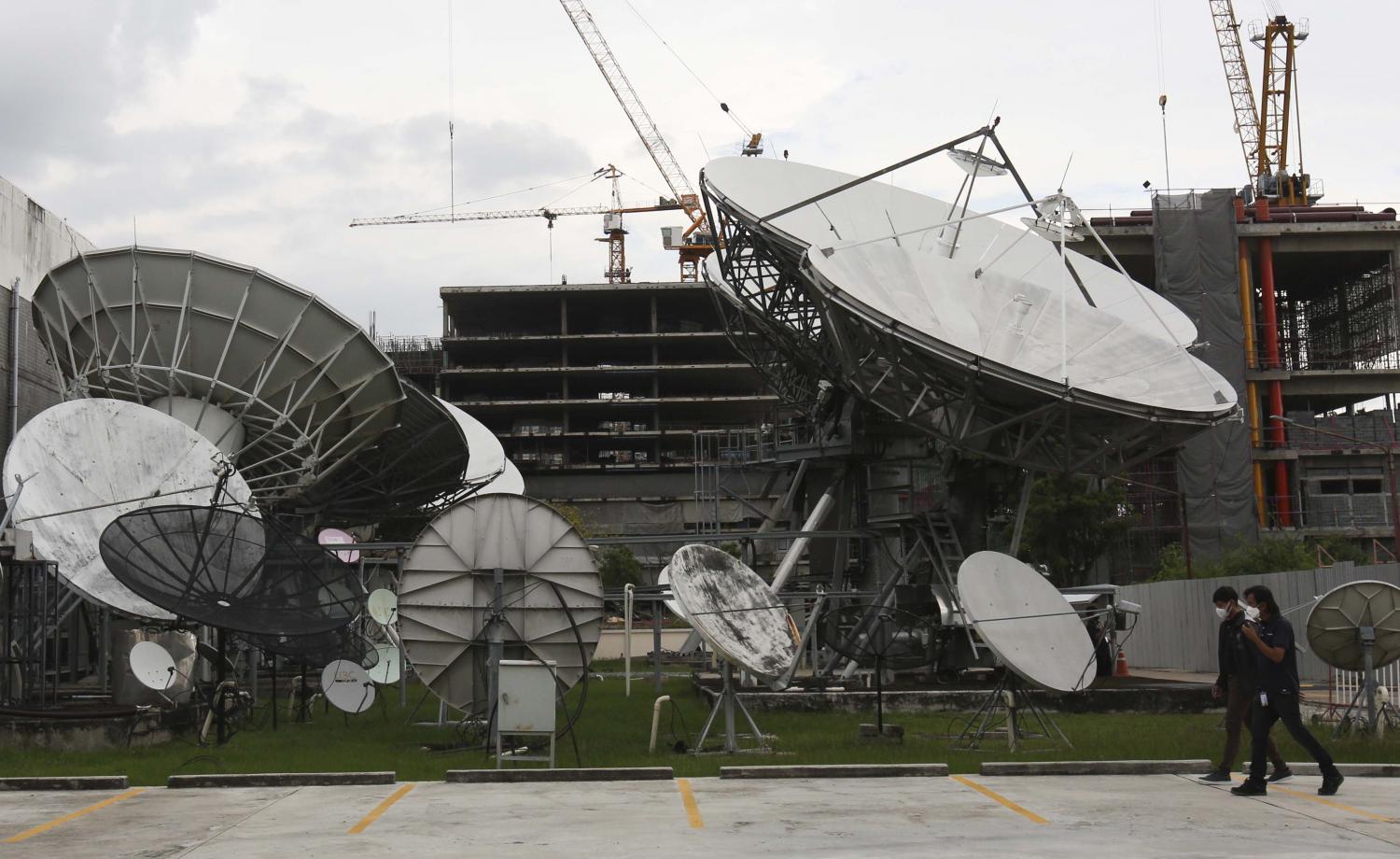 The new NBTC board is expected to iron out a regulatory framework for the auction of the rights to use satellite orbital slots. Pattarapong Chatpattarasill

The veteran industry source said two business titans are perceived to be in the shadows of conflicts surrounding the merger deal. One is conglomerate Charoen Pokphand Group, the parent of True, and the other is energy tycoon Sarath Ratanavadi, the chief executive and biggest shareholder of Gulf Energy Development Plc, Thailand's biggest private power producer by market value.

The source said both business camps are key supporters of the government with strong ties to politicians, government figures and high-ranking officials.

A source at InTouch who requested anonymity said the merger would not conclude within the time frame True expects, with 2023 the earliest date for the deal to be completed.

Pisut Ngamvijitvong, senior equity research analyst at Kasikorn Securities (KS), said the brokerage is confident the merger will eventually go through, though the new board may cause some delay as its four subcommittees take time to scrutinise the deal.

The board may choose to issue tough remedy measures to assuage public concerns about the prospect of market dominance by the merged firm, he said.

The four subcommittees are likely to conclude their studies and forward them to the board by August, though it may take some time for the board to vet the studies and reach a conclusion on governing the deal, said Mr Pisut. That conclusion would happen in the final quarter of 2022 at the earliest, he said.

"A delay for another 3-6 months for such an immense merger is acceptable. If the delay extends for a year, that would be an issue of concern," Mr Pisut said.

The new NBTC board will try to make the legal issues surrounding the deal clear, draft resolutions deemed acceptable by the public, and issue remedy measures that ease public concerns, he said.

The deal is likely to face challenges in court, said Mr Pisut.

Jesada Sivaraks, head of government and industry relations at Ericsson Thailand, a local unit of the Swedish telecom firm, said the NBTC has to handle the deal with care, taking into account the economic effects of the merger.

"The question is what are the optimum benefits for the state, industry players and consumers with this merger," he said.

Regarding concerns over a monopoly, the regulator should consider the profit margins of each operator, said Mr Jesada.

The veteran industry source said the merger deal allows for the soft exit of Telenor, the parent firm of DTAC, from the Thai market, while strengthening True's financial status as it prepares to compete with AIS.

"The Thai market may have only two major mobile operators in the future, but both of them will have the potential to compete more intensively," the source said.

The board faces several urgent agenda items, including determining a regulatory framework for the auction of rights to use satellite orbital slots.

The board also needs to devise remedy measures for 12.4 million household subscribers of satellite TV services after the 3500-megahertz spectrum has to be reclaimed from the satellite TV industry for the telecom sector in the future. The spectrum range is the most popular for 5G adoption globally.

Another priority is developing a clear principle for supervising and categorising OTT businesses to prevent giant OTT platforms from taking advantage of the local market.

Suebsak Suebpakdee, executive director and secretary-general of the Telecommunications Association of Thailand, said Thailand should gain an economic advantage over neighbouring countries based on its 5G infrastructure because it is a 5G first mover in Asean. He said there has been a debate for years over how OTT firms can contribute to the country's economy through their fees.