The Federation of Thai Industries (FTI) has maintained its car production target of 1.8 million units this year though many manufacturers have temporarily shut down factories due to a shortage of semiconductors. 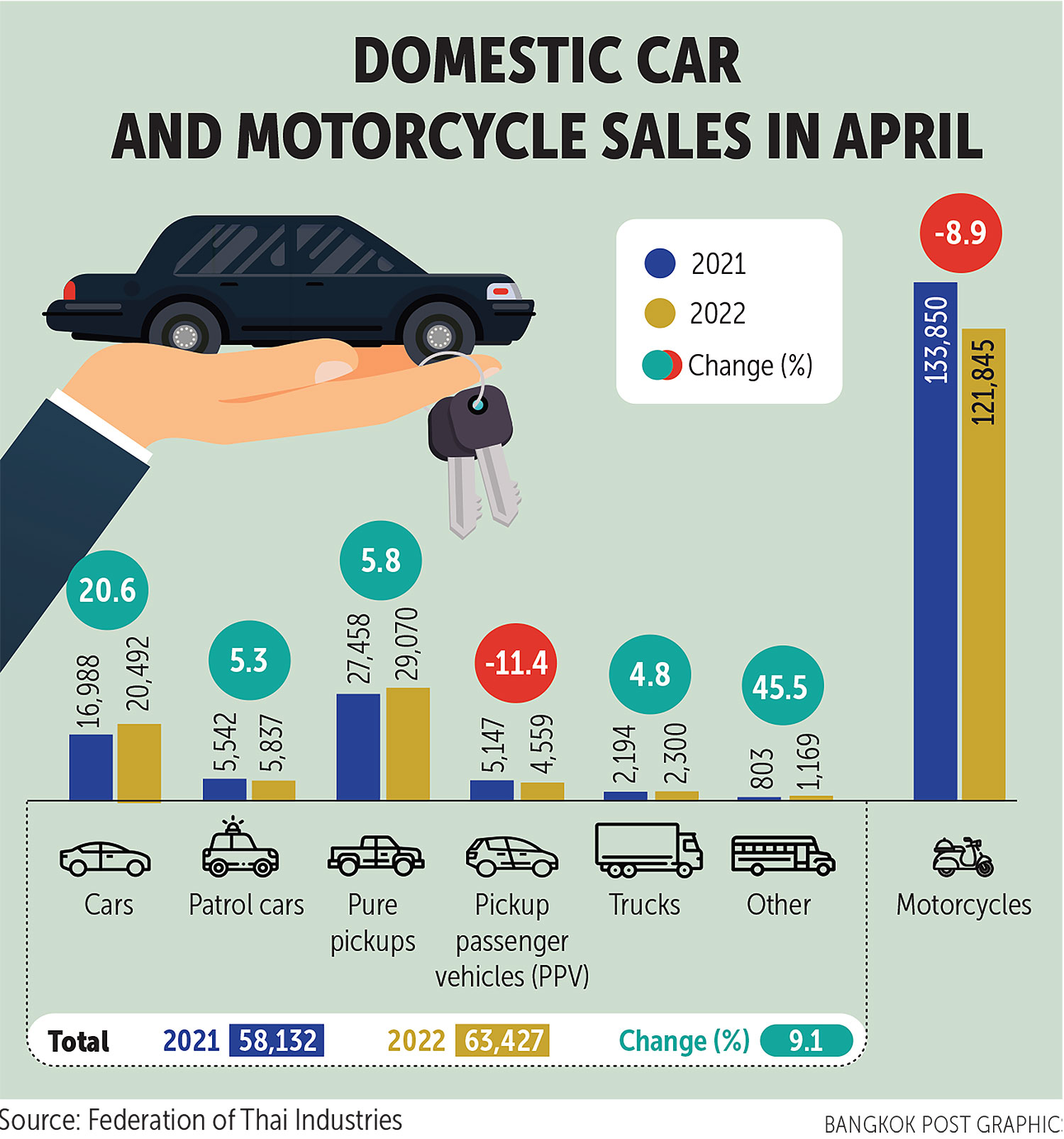 The plants were closed for at least 5-7 days as the manufacturers waited for the chips, said Surapong Paisitpatanapong, vice-chairman and spokesman for the FTI's automotive club.

"Car manufacturers need to carefully manage their supplies. Many have to delay production and delivery of some car models to customers," he said.

Mr Surapong expects the situation to improve soon and said it would have no serious impact on car production in 2022.

Thailand's total car manufacturing in April decreased by 31.7% from March to 117,786 units, but the numbers increased by 12.8% year-on-year because of higher demand for pickups in the domestic market.

This month, car production for export decreased slightly by 1.7% year-on-year to 58,671 units.

From January to April, car production for export dipped by 8% year-on-year to 303,821 units.

Car production for the domestic market in April increased by 32.3% year-on-year to 59,115 units.

During the first four months of this year, car production for the domestic market dropped by 22.6% year-on-year to 294,043 units.

Domestic car sales increased by 16.7% year-on-year to 294,616 units between January and April this year.

In the battery electric vehicle (BEV) segment, the registration of new BEVs in April soared by 197% year-on-year to 1,232 units, according to the FTI.

However, the prolonged global oil price surge is causing concern as it increased the retail prices of oil and led to higher inflation.

"The economic situation caused financial institutions to be more cautious in granting car loans. Up to 30% of loan requests are currently rejected," said Mr Surapong.