Thailand may join with Vietnam to control rice trade
Business

Meeting in June to focus on sustainable food production

Many rice varieties are sold at a market in Khon Kaen province on Friday. (Photo: Chakrapan Natanri)

Thailand and Vietnam should jointly raise rice prices to boost their bargaining power in the global market, according to Prime Minister Prayut Chan-o-cha, a move that threatens higher food costs for consumers worldwide.

Such a move would benefit millions of rice farmers in the two countries who have struggled with rising costs while prices of the grain have remained subdued, government spokesman Thanakorn Wangboonkongchana said in a statement.

Nguyen Ngoc Nam, chairman of Vietnam's Food Association, said of Friday that the association will meet its Thai counterpart next month to discuss rice production cooperation.

However, he stressed that the meeting was not about a pact to control prices.

"The meeting will focus on measures to cooperate in sustainable food production," the chairman told Reuters.

The threat to boost rice prices from the two major exporters comes amid growing food protectionism and run-away inflation. There is a concern that India may restrict rice exports after similar moves in wheat and sugar, upending global food markets already roiled by Russia’s invasion of Ukraine.

While Thailand is not contemplating any curbs on shipments, it is keen to milk the opportunity as import-dependent countries seek to lock in grain supplies.

Rice has been the one staple grain that’s helping to keep the world food crisis from getting worse. Unlike wheat and corn, which have seen prices skyrocket as the war in Ukraine disrupts supplies from a major breadbasket, rice prices have been stable subdued due to ample production and existing stockpiles.

Rice prices will remain subdued because of abundant supplies with the world set to harvest record crops until 2023, said Jeremy Zwinger, chief executive officer of The Rice Trader, a researcher.

While there has been some shift in demand to rice as animal feed, it was not enough to send prices soaring Zwinger said, adding supplies may ease once farmers start using less fertiliser because of high prices.

Thailand’s rice exports are benefiting from a rebound in global demand as the pandemic eases and a slump in its currency to a five-year low makes its supplies more competitive. Shipments may reach as high as 8 million tonnes this year, up from 6.1 million tonnes last year, Commerce Minister Jurin Laksanawisit told reporters on Friday.

Thai sugar and chickens exports are also set to benefit from export curbs placed by India and Malaysia respectively, according to industry officials.

Thailand “has excess supply of most foods we produce, and we remain the kitchen of the world,” Arada Fuangtong, deputy director-general of the Department of International Trade Promotion, told reporters. 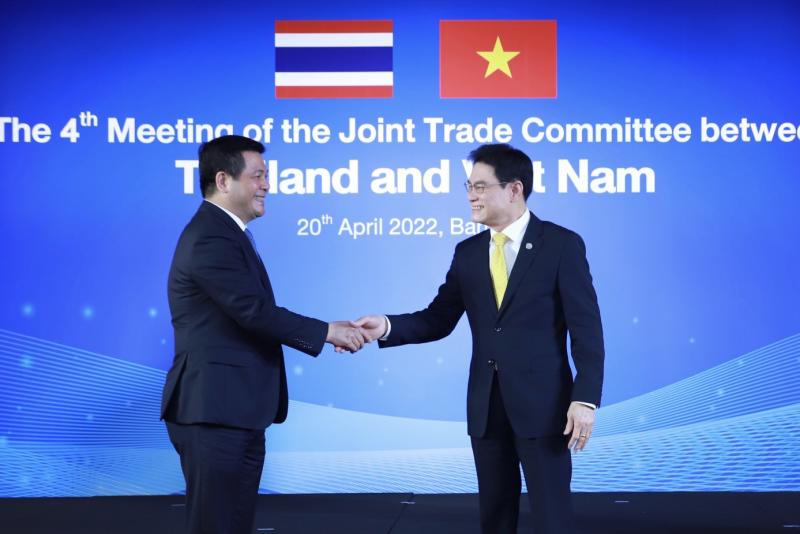