Every cloud has a silver lining
Business

Every cloud has a silver lining

As vaccination coverage ramps up and many countries move towards an endemic classification for the virus, seniors can hit the road again or relocate to preferred retirement destinations.

According to the UK-based Silver Travel Advisor's Industry Snapshot in April 2022, which polled 4,181 travellers aged 50 and older between July 2021 and March 2022, more than 20% would like to take long-haul trips, up from 13% last July.

Diminished purchasing power has affected spending as 48% of respondents said their financial status is healthy, down from 67% in July 2021, however 83% of potential senior travellers aim to spend more or the same during upcoming trips than they did for pre-pandemic journeys. 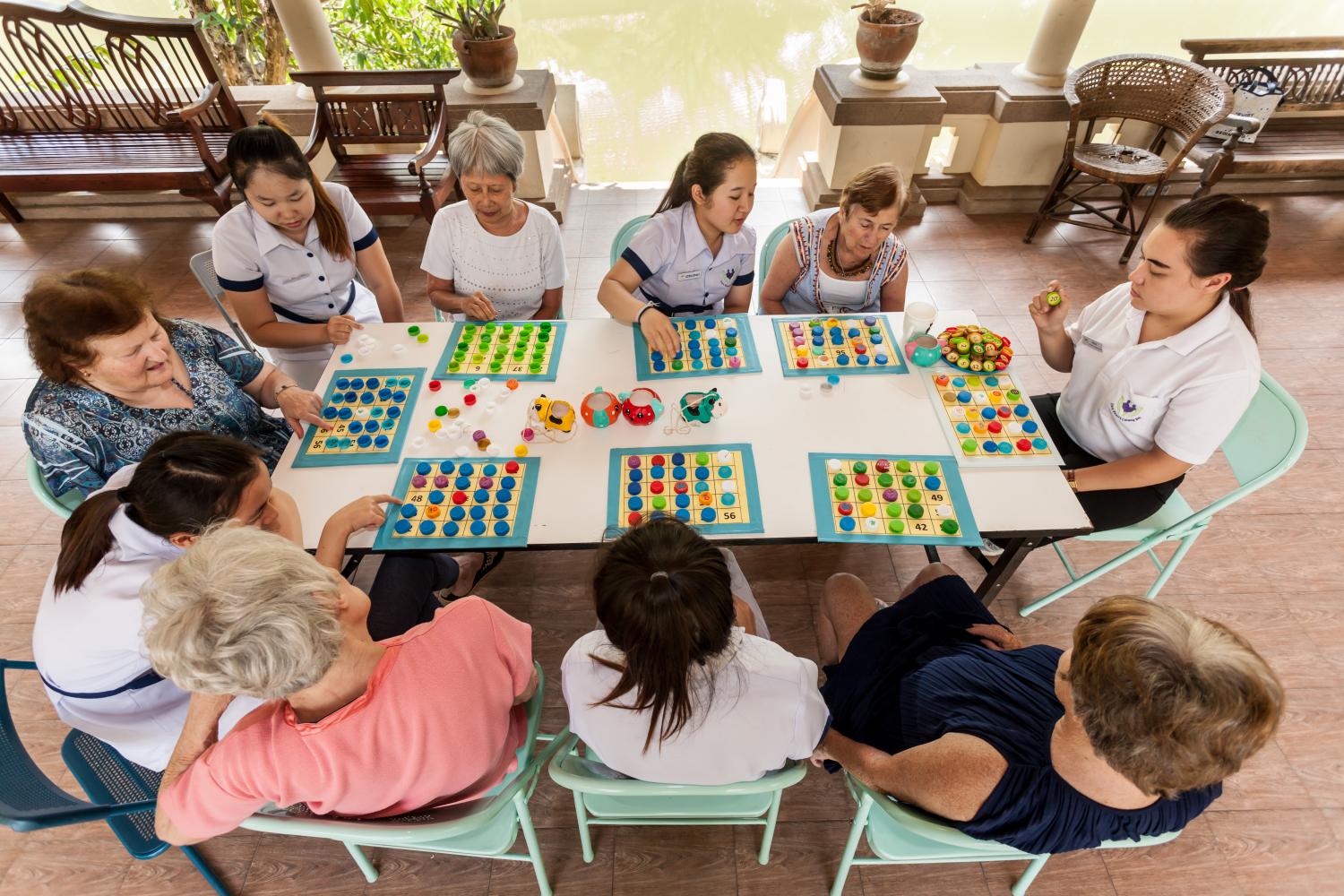 In order to tap this potential segment, the Thai government rolled out a visa policy for 10-year long-term residents, targeting "high-potential" foreign groups including retirees that can invest and live in Thailand, said Tourism Authority of Thailand (TAT) governor Yuthasak Supasorn.

Earlier in May, the visa scheme received cabinet approval to reduce the visa fee by half to 50,000 baht from 100,000 baht.

He said the way of life and warmer weather in Thailand are key factors helping to persuade elders from Scandinavia and Japan to choose Thailand as their preferred destination.

Seksan Sripraiwan, director of the TAT's Tokyo office, said senior citizens aged 60 and older account for 32% of Japan's total population, some 40 million people, of which 14-15 million live in Tokyo.

Japanese senior tourists have special interests that differ from other long-stay travellers, said Mr Seksan. Golf culture plays a big part in their community and this sport is safe for the elderly, with many of them choosing to play while staying abroad.

Long-stay travellers from Japan have average spending of 5,000-6,000 baht per day, which is similar to leisure tourists from Japan, he said.

Mr Seksan said senior tourists from Japan often take long vacations of 2-3 months two times a year to enjoy local activities, such as volunteering and golfing, instead of spending on luxury products. 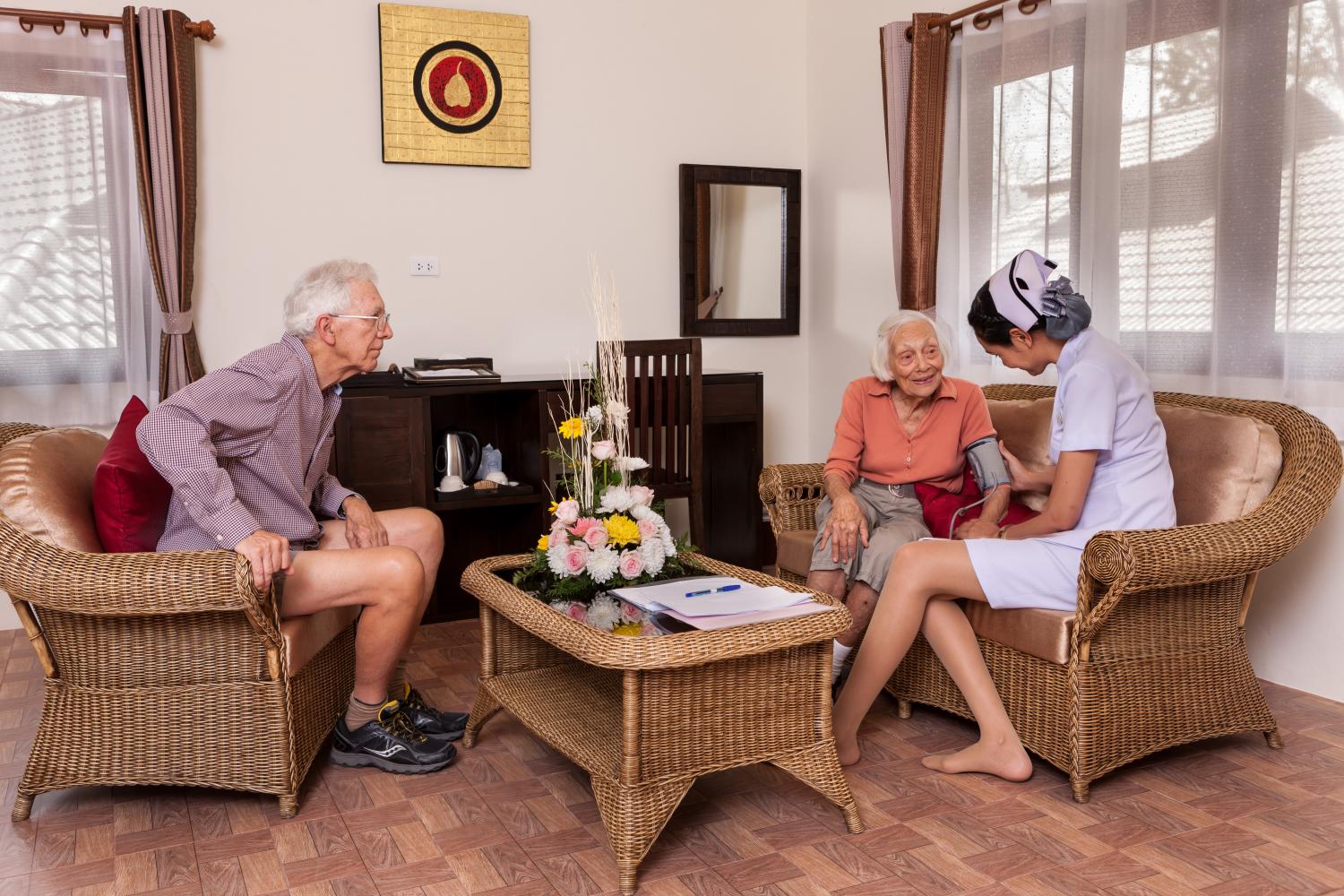 Senior guests being tended to by a nurse at Care Resort Chiang Mai.

Popular destinations include Bangkok, Si Racha and Chiang Mai because they may be familiar with these communities after working there as expatriates many years ago.

He said the Tokyo office plans to promote tourism in the Tohoku region, which consists of six prefectures, as part of a strategy to stimulate the short-haul market under the concept "Amazing New Chapters".

In March, the TAT signed a letter of intent with Sendai City and the Tohoku Regional Tourism Organisation on tourism cooperation. The marketing campaign is designed to generate two-way tourism demand and revive connectivity on the Sendai route, previously operated by Thai Airways, said Mr Seksan.

The region also has a strong base of around 270,000 senior golfers. The office plans to roll out "Japan-Thailand Kizuna project 2022-23", offering charter flights to attract 2,000 senior golfers during this winter.

As kizuna means bonding in Japanese, the campaign is jointly supported by the Japan-Thailand Friendship Association in each prefecture in order to communicate with senior golfers.

He said senior tourists are keen to take outbound trips after waiting for two years, particularly golfers. They are eager to venture abroad as golf courses in Japan often need advanced reservations of 1-2 months because of excess demand, said Mr Seksan. 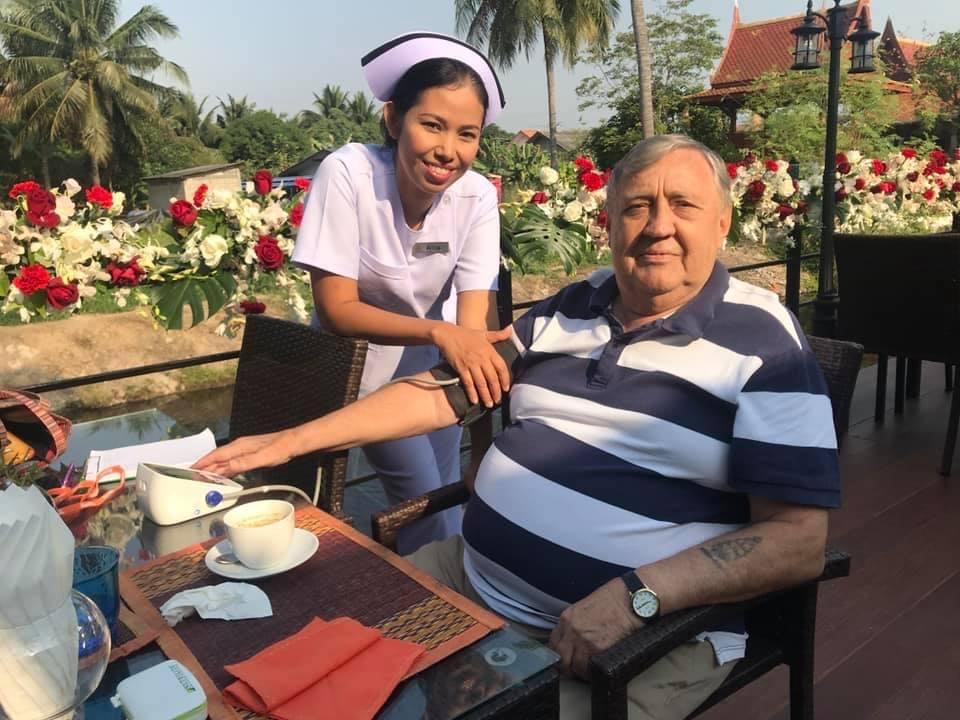 A guest at one of Sunshine International's three hotel retirement residences in Hua Hin.

Senior guests from Switzerland, Germany and the United Kingdom dominated bookings for properties in Hua Hin.

The company has two more properties in Hua Hin being constructed, while two projects in Pattaya and Chiang Mai that have been on hold because of the outbreak are slated to resume soon, he said.

Mr Stocks said the model for a retirement hotel means extra services, such as around-the-clock qualified nurses and staff who are trained to serve the elderly. Sunshine's properties have received positive feedback from long-stay guests as they can stay and socialise with people their age, he said.

Mr Stocks said the occupancy rate over the past 12 months was 66% compared with nearly 95% before the pandemic, but bookings and inquiries have doubled since the country's reopening on May 1. 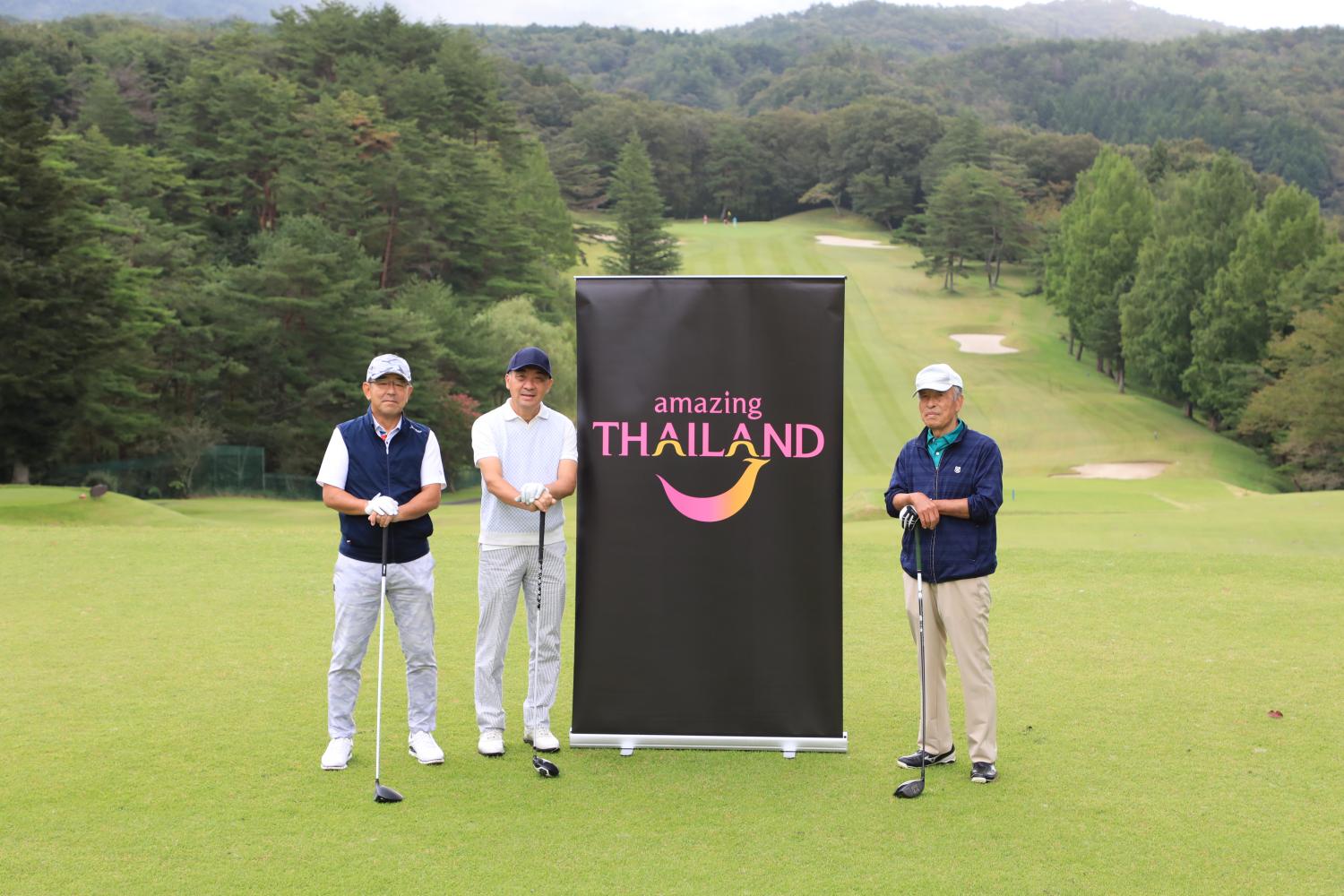 He said even though the room rate increased a little during the pandemic, demand could significantly increase during the peak season.

Peter Brown, owner and manager of Care Resort Chiang Mai, said respect towards older people is strong in Thai culture, especially in the North, which fits the mould for a care business.

The labour cost in Thailand is lower than in developed countries, enabling businesses to hire more workers to deliver a better standard of care for guests, who are mostly seniors from the US and the UK.

He said the outbreak crippled the industry as new guests dried up, while existing guests left for home. In 2020, the business posted a loss as vaccination progress in Thailand was slow, said Mr Brown.

He said Covid-19 made people think twice about their life in their hometowns, with some elders choosing to travel despite strict border controls last year.

The outlook for this year should be brighter thanks to positive bookings for long-term stays at pre-pandemic prices after tensions are relaxed, said Mr Brown. 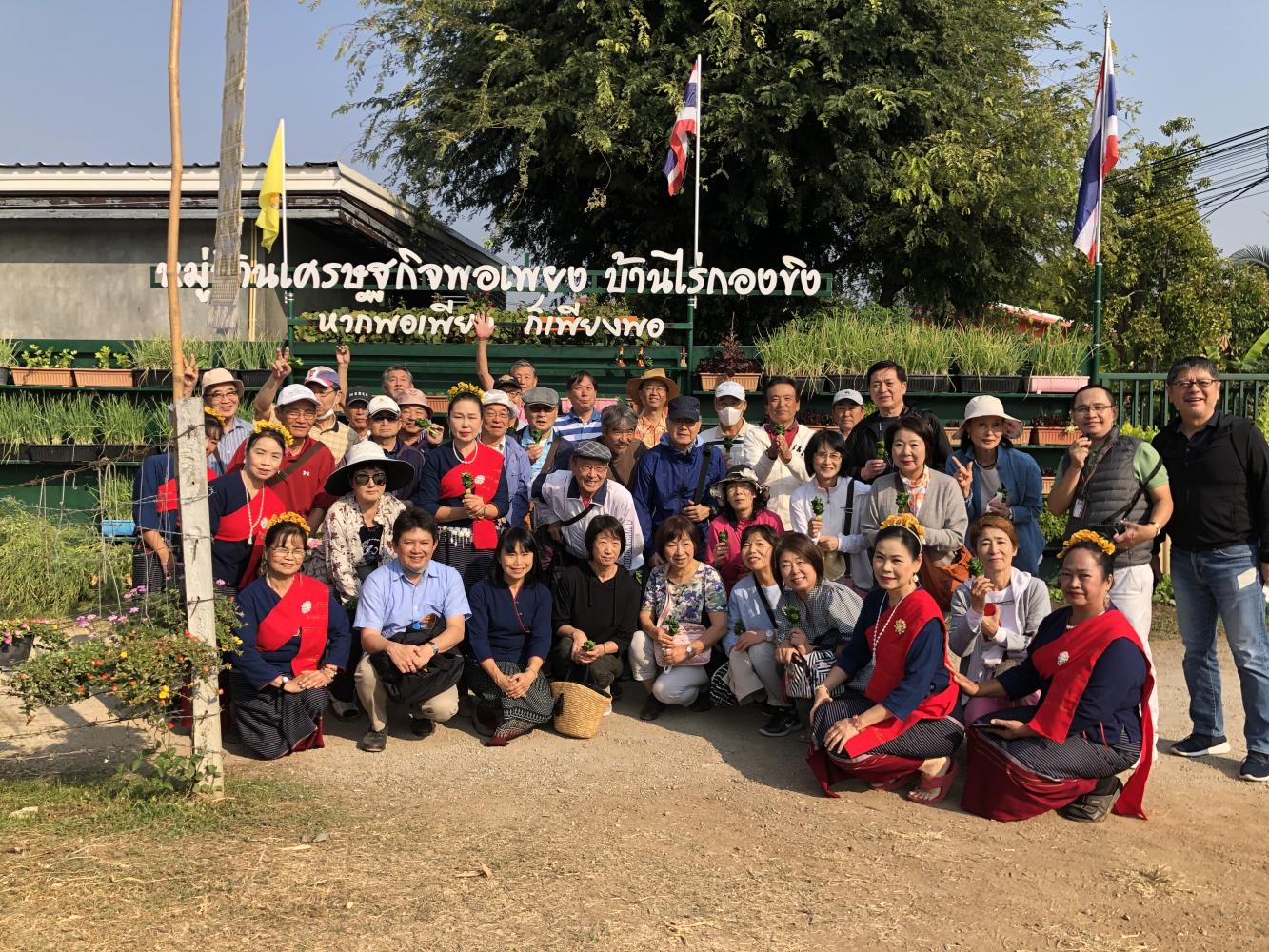 Earlier this year, International Living magazine revealed its 2022 Annual Global Retirement Index, in which Thailand ranked 11th out of 25 destinations for the best places to retire.

The country secured the top spot in Asia for retirement.

Even though Thailand keeps gaining global recognition, there are obstacles that need to be fixed to create competitiveness as the country was ranked ninth for retirees in 2019, said Mr Stocks.

"The biggest flaw is health insurance for those aged 80 and older, which is difficult to find. There are very few insurance companies in Thailand that offer coverage for the elderly," he said.

The local insurance price is also higher, at around 125,000 baht per year depending on health conditions, compared with 100,000 baht a year in Europe.

Mr Stocks said seniors prefer a reliable and fair price for health coverage rather than the offer of a 10-year visa.

Mr Brown said overpriced private hospitals, which became even more expensive during the pandemic, is an issue for foreigners in Thailand.

The government needs to take further action to help lower or limit prices, he said. 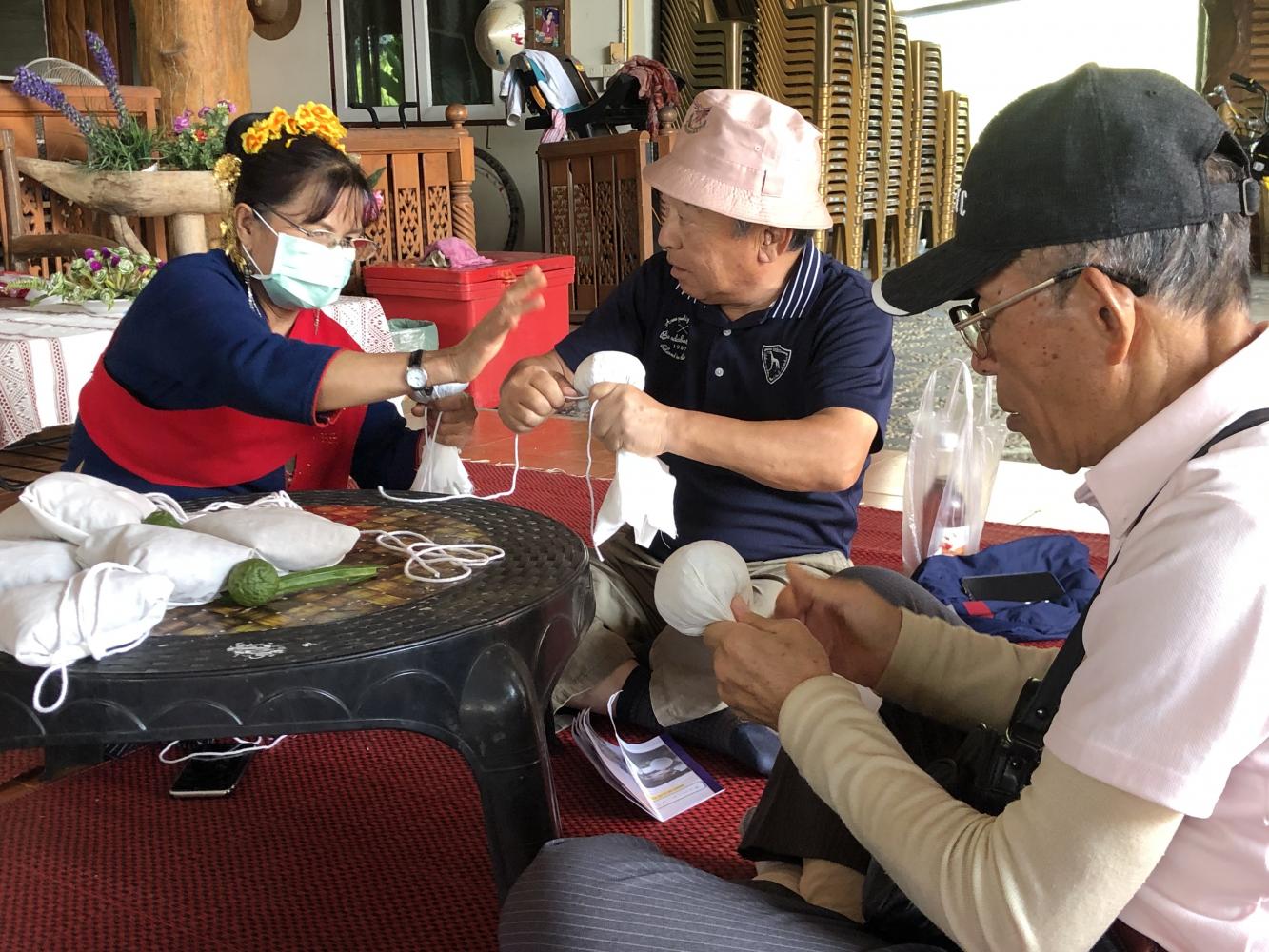 Insufficient staff with language skills has caused huge difficulties for travellers who seek communication with locals, said Mr Brown. He pointed to the Philippines, which has advantage of English speaking staff and a large size of workforces available in the market.