Wittaya Liengruksa says he has been growing better-tasting coconuts since he went organic. SUPPLIED

Environmental issues such as climate change, plastic pollution, and now the Russia-Ukraine war, have shed light on the importance of food sustainability across the world. Thailand is no exception.

These growing challenges, combined with the protracted coronavirus pandemic, have served as powerful reminders to all of us about the value of rethinking our health and lifestyle habits.

Wittaya Liengruksa is among those who have been making fundamental changes. Before he shifted to organic farming 12 years ago, his coconut farm relied heavily on pesticides and chemical fertilisers. The transformative change has improved both his health and the farmland.

"My coconut farm looks like a forest … and now nature is looking after itself," says 60-year-old Mr Wittaya. Animals like snakes and monitor lizards have returned and help kill coconut beetles, a major pest to the tree. Fallen coconut leaves, rice straw, water hyacinth, weeds and discarded coconut shells are used as fertiliser.

Nutrient-rich soil produces a better crop. Mr Wittaya's coconut meat is jelly-like, sweet and thin, while coconut meat from farms that use pesticides and chemical fertilisers tends to be thicker and harder to chew. The fragrant juice is refreshingly light and naturally sweet. Drinking straws made of 100% degradable reeds are the finishing touch.

Mr Wittaya is one of the farmers who participated in the sustainable food and craft market co-hosted recently by the European Union and the Bangkok Farmers' Market. Inspired by the Farm to Fork philosophy that aims to make the food system "fair, healthy and environmentally friendly" across the value chain, the Market at the Siam Museum attracted over 25 European and Thai small and medium enterprises.

"At first glance, these companies give us a glimpse into the future", says David Daly, Ambassador of the European Union to Thailand. "On further reflection, however, they show us that the sustainable future is already with us today -- it is increasingly becoming a reality."

"About 70% of total revenue will go back to local fishermen's communities and 30% will be used in management," says Ms Supaporn. The mission of the enterprise is to create a space for local fishermen to showcase their products as well as to serve as alternative fisheries market in Thailand, she added.

Pla Organic seafood is supplied by fishermen from seven provinces in Thailand -- Pattani, Krabi, Phangnga, Satun, Songkhla, Phatthalung and Phetchaburi -- who collectively own the enterprise.

Fishery products from Pla Organic are certified by Organic Agriculture Certification Thailand, an independent body recognised by international organisations such as IFOAM (International Federation of Organic Agriculture Movements) and the Canadian Organic Regime. The enterprise also holds participating fishermen and its own staff to a higher standard. 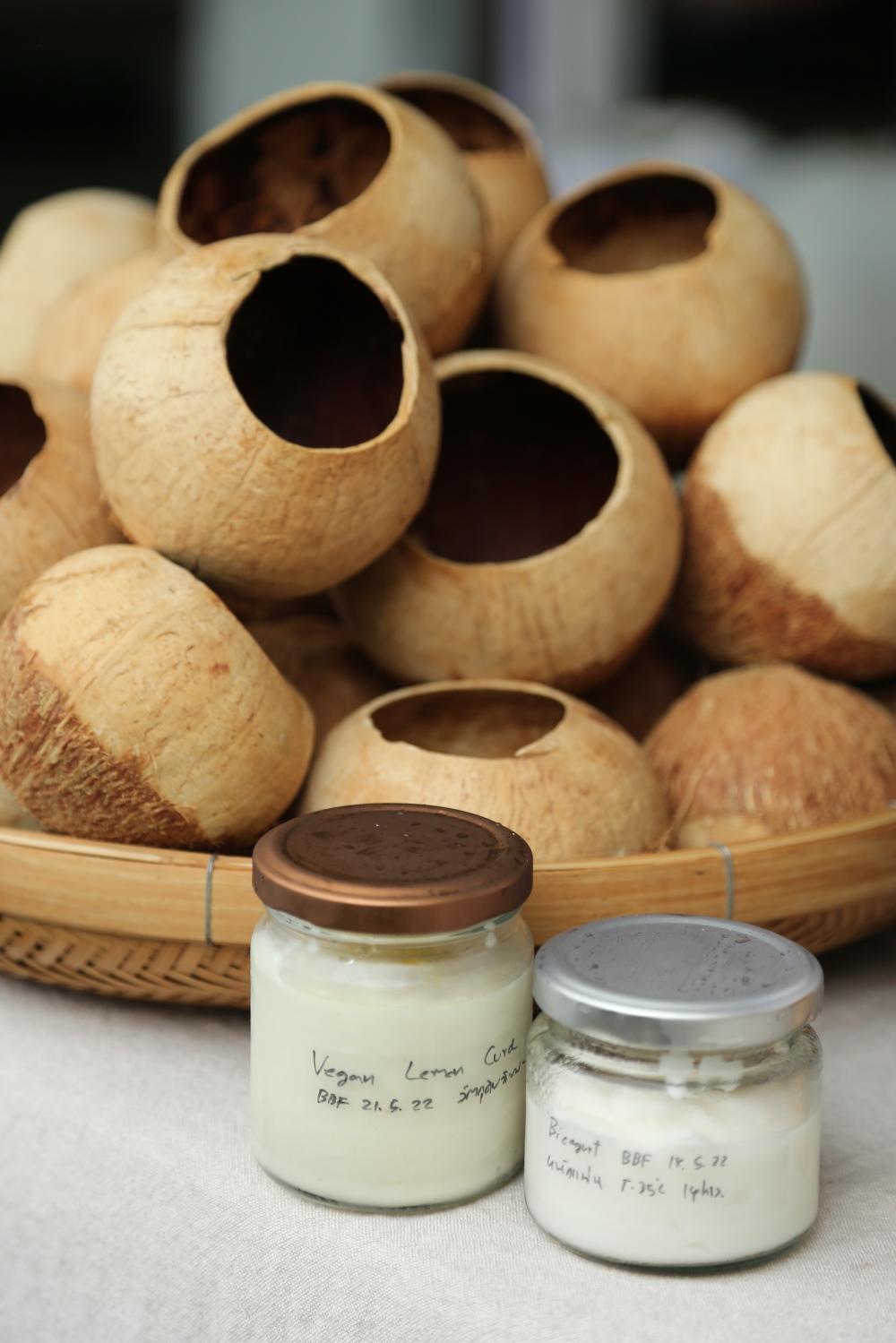 Bicogurt is a yoghurt made from leftover organic coconut meat fermented with probiotics. SUPPLIED

Pavida Kritasaran, another vendor, is embracing the concept of the circular economy. She has introduced Bicogurt -- a yoghurt brand made from leftover organic coconut meat fermented with probiotics called Bifidobacterium. She says she has suffered from severe food intolerance for 15 years -- but this is something she can eat.

"We create a good organic-certified food from waste," says Ms Pavida. She works with farmers who primarily sell coconut juice and often discard coconut shells and their thick meat. The coconut meat is rich in minerals and fibre that are good for metabolism and digestion.

Bicogurt brings discarded coconut meat back into the food system and adds value to the product. It also reduces waste as the shells can be used once more as charcoal. Finally, it creates jobs and income for coconut farmers.

Cillia Bettus, a Bangkok-based French national, loves Kombucha because it improves her digestive system and that's why she started Kombucha Bangkok in 2014 when the drink was little known.

Her shop offers various flavours of Kombucha such as passionfruit, blueberry, ginger, lychee and lemongrass. "I like to cook and experiment in my kitchen," she says. "Kombucha became the love of my life, and I started to experiment with everything I could do with Kombucha."

The experiment led to Kombucha mustard and Kombucha soaps. All products use natural ingredients and Ms Bettus makes sure that the packaging is compostable, while glass bottles will be recycled through an exchange programme. This encourages customers to return the bottles and give them a second life.

Supakjira "Toffy" Meesakul, a 22-year-old university student who has been selected as one of Thailand's young leaders to participate in the EU-Asean Young Leaders Forum 2022, said she picked up several sustainability tips from the workshops from recycling glass and plastic to creating food wrap from beeswax and cotton fabric, the latter hosted by SOS Earth.

Using beeswax wrap helps food stay fresh longer due to its breathability and also reduces the usage of single-use plastic wrap. "Food is a natural resource we eat every day. Reducing food waste and recycling are among the many ways to sustain global resources," said Ms Supakjira. 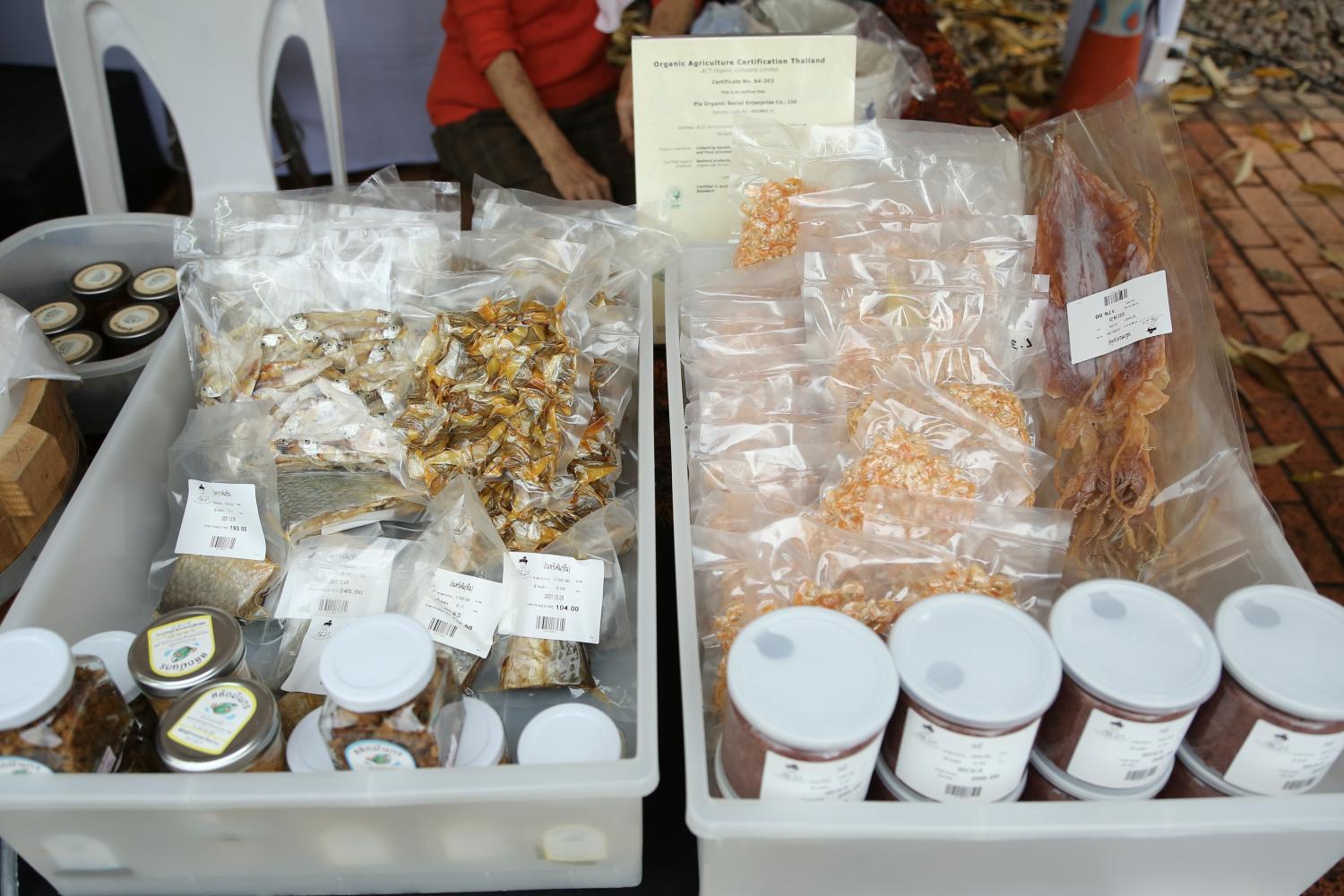