Marred by intense competition and several promotional campaigns, the three major e-commerce operators in Thailand have racked up a combined 39 billion baht in operational losses over the past seven years, according to Creden Data, a data analytics service provider. 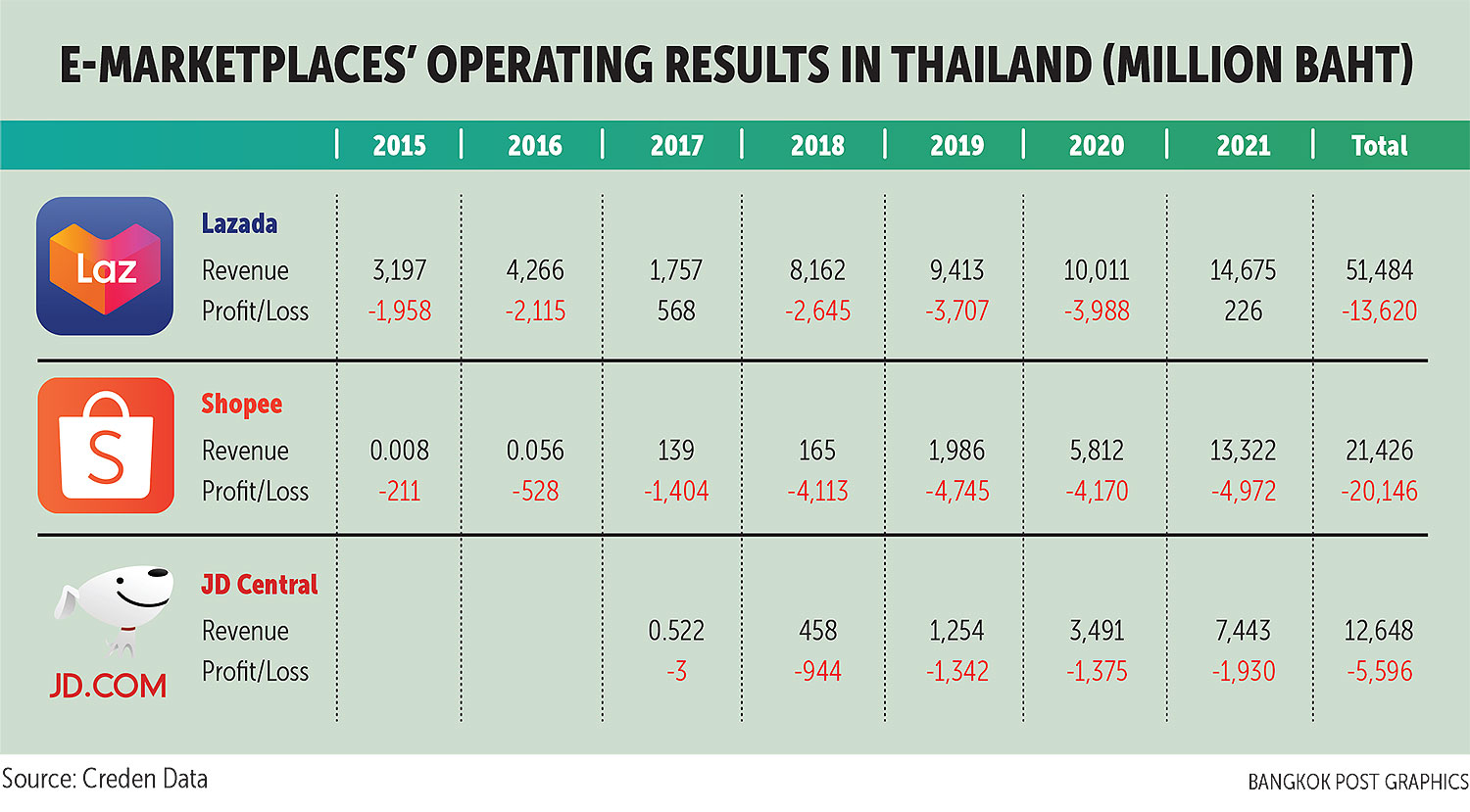 The three operators booked combined revenue of 85 billion baht from 2015 to 2021.

In 2021, Lazada was the biggest earner among the trio with revenue of 14.6 billion baht, up from 10 billion a year before. It bounced back into the black with a profit of 226 million baht, compared with a loss of 3.9 billion baht in 2020.

Pawoot Pongvitayapanu, chief executive of Creden Co, the operator of Creden Data, said the top three e-marketplace players have been burning money in order to gain users, resulting in losses of nearly 40 billion baht over the past seven years.

From 2015 to 2021, Shopee saw the biggest losses among the trio at 20 billion baht, followed by Lazada with a loss of 13 billion and JD Central with a loss of 5.5 billion. JD Central started operations in 2017.

During the period, Lazada was the biggest earner with 51 billion baht in revenue, followed by Shopee with revenue of 21 billion and JD Central with 12 billion.

"To operate an e-commerce business, you need a strong capital reserve and you must be patient as this is a long-term competition," said Mr Pawoot.

Suthikorn Kingkaew, the advisor of Kasem Bundit University Research Institute, said Lazada gained an advantage as a first mover in the market once Alibaba acquired Lazada from Rocket Internet in 2016. Last year, Lazada succeeded in reporting a profit.

Shopee is expanding services, making it more like a super app to stimulate customers to increase usage and receive more discounts and points, which drives up their stickiness to the platform, said Mr Suthikorn.

In response to rumours that Central Group is planning to leave JD Central, Wisan Sirikul, human resources and corporate marketing director of JD Central said that statement is incorrect as both parties continue to run projects together through the third quarter.