When global inflation soars, investors tend to become bearish on all forms of risk assets, including stocks and cryptocurrency

A bitcoin representation is seen in an illustration picture taken at La Maison du Bitcoin in Paris. (Reuters file photo)

The value of cryptocurrencies has plunged over recent days, with Bitcoin -- the largest coin by market cap -- sinking to its lowest point since 2020.

Many people consider crypto to be a new means of exchange with great potential that will liberate users from financial intermediaries and provide a safe hedge against rising inflation.

Yet the past few months have shown us virtual currencies have not fulfilled those purposes when under pressure.

The global cryptocurrency market cap hit its peak of US$2.9 trillion in November 2021, but in the past two months the market cap fell below $1 trillion in value. Soaring inflation and recent interest rate hikes have triggered a risk-off mode in equity markets.

Turbulent market conditions could continue with the collapse of stablecoins.

Stablecoins are cryptocurrencies, but their value is pegged to another asset, often currencies such as the US dollar. This type of coin tracks the underlying asset and aims to maintain its value stable to the investment that it is pegged to over time.

One example demonstrating the system's failures is the collapse of stablecoins TerraUSD (UST) and Luna, resulting in ripples across the whole crypto market.

How did we get here?

Cryptocurrencies, especially Bitcoin, recorded exponential growth during the pandemic. The global economy was overflowing with liquidity from economic stimulus packages and monetary injections as investors sought alternative investments and higher returns during an economic downturn.

However, when global inflation soared based on the excess liquidity from quantitative easing measures and the energy and food crisis caused by the conflict between Russia and Ukraine, investors became bearish on all risk assets, including stocks and cryptocurrencies. They often move funds to inflation-proof assets such as the US dollar and gold.

The bearish market sentiment triggered massive sell-offs of cryptocurrencies, causing dramatic price drops across the board. The negative mood was exacerbated by the demise of UST and Luna, the world's third-largest stablecoin and its sister token.

UST and Luna were attacked by a group of investors that sold UST valued at $285 million on the Curv and Binance exchanges, causing UST to drop below its peg and then plummet in value.

The collapse of UST dramatically shook investor confidence in cryptocurrencies and stablecoins because it illustrated major loopholes and faults in unregulated decentralised finance (DeFi), according to analysts at Zipmex, a digital asset exchange platform.

Do Kwon, the creator of Luna, sold off his Bitcoin reserve valued at $1.3 billion in an attempt to save Luna. Investors became reluctant to buy other cryptocurrencies that held their value using algorithms or stablecoins.

Turbulence in the crypto market intensified on June 13 after Celsius -- the largest DeFi lender, which functions like an unregulated bank for cryptocurrencies -- suspended all withdrawals, swaps and the transfer of all cryptocurrencies between accounts due to "extreme market conditions".

The lender would not respond to questions regarding the company's solvency for a period, which immediately affected the market, with Bitcoin dipping below $21,000 on June 14.

Celsius's home-grown coin, CEL, also lost half its value within the same time frame, according to CoinMarketCap.

Many major crypto exchanges have been struggling in the bear market as trading dwindles, resulting in lower profits and staff layoffs at Crypto.com, Gemini, Coinbase and BlockFi.

Other crypto mining operations have suffered in the traditional stock market. For example, the price of Hut 8 Mining Corp (HUT) now stands at $1.7 compared with $8 near the end of 2021, while Bit Digital (BTBT) has fallen from $6 to $1.3 year-to-date, according to Yahoo Finance.

As both exchanges and mining are unable to make a profit, the entire crypto market has become unsteady.

On the domestic front, digital coins issued by Thai firms such as JFIN, KUB, ZMT, FIRO and SIX are facing a high level of volatility.

A cause for concern

After Celsius suspended its services, there has been speculation that other DeFi lenders and funds with high return rates for depositors may soon fizzle out.

Amy Castor, an independent journalist covering crypto-related news, said other lenders promising high returns, such as BlockFi and Nexo, are "time bombs" that would affect the entire sector.

However, the most problematic organisation may be Three Arrows Capital (3AC), a crypto fund based in Singapore. BlockFi and other lending firms are said to have liquidated 3AC after it failed to meet margin calls, according to the Financial Times.

Another warning flare is certain major holders of cryptocurrency, including the software company MicroStrategy, which put $3.97 billion into Bitcoin, may be forced to drop their Bitcoin holdings. 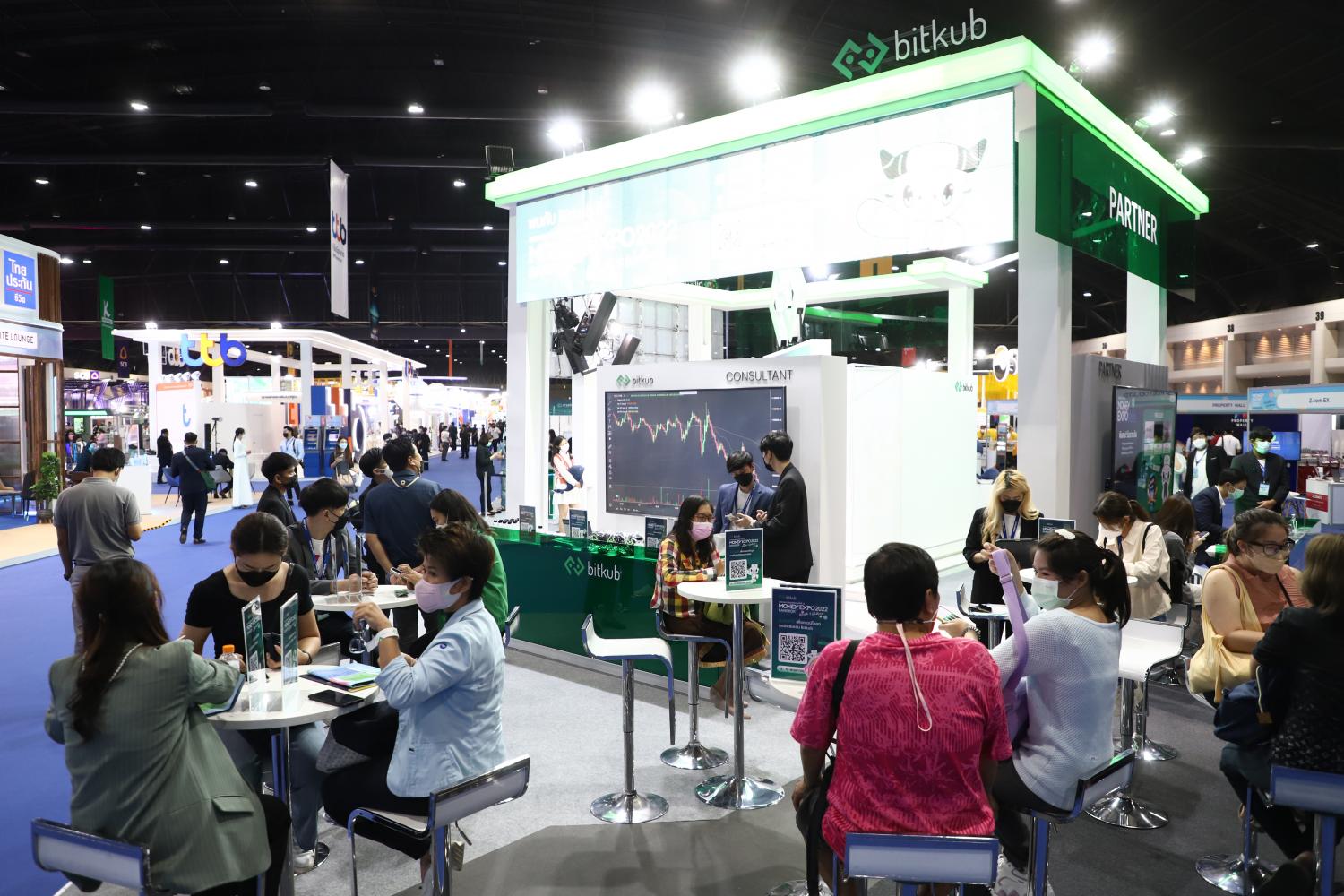 According to a company filing on March 31, MicroStrategy had 129,218 Bitcoins with an average purchase price of $30,700, meaning the company has already lost more than $1 billion as of June 16 with the Bitcoin price at around $21,000.

Phong Le, president of MicroStrategy, said the company would receive a margin call if Bitcoin dropped to $21,000. In light of this, the company may dump its holdings in the near future.

Such a sell-off would impact Silvergate, a traditional finance bank offering services to cryptocurrency exchanges. Supporting more than 750 fintech businesses, MicroStrategy has a $205-million loan collar with Silvergate Bank.

The loan is collateralised with Bitcoin, meaning if MicroStrategy were to default, then the entire crypto space would be shaken up.

According to Yahoo Finance, Bitcoin miners sold a record 88,000 Bitcoins to exchanges last Wednesday, and mining profit has slumped 80% since its peak in November.

Poramin Insom, the co-founder of Satang Corporation, said an elevated inflation rate would likely persist for some time. He recommended investors not go "all-in" on cryptocurrencies and closely monitor the market.

Economist Robert McCauley sees Bitcoin and most altcoins as being non-wealth-producing assets and, as a result, this makes the entire crypto ecosystem a zero-sum game. This means the only way for most cryptocurrencies to rise in value is through a constant influx of investors purchasing the tokens.

However, despite crypto reaching a larger audience and enjoying wider acceptance than ever, investors tend to avoid risky assets amid high inflation. This means cryptocurrencies will not likely rebound unless inflation is brought under control.

Adisak Sukumvitaya, chief executive of IT product distributor Jay Mart, which offers JFIN utility coins -- its own brand of digital token -- said the recent plunge in the prices of multiple cryptocurrencies was driven by speculation and pressure from increasing inflation, interest rate hikes and the Ukraine-Russia war.

Mr Adisak said roughly 90% of digital tokens in the market are traded for speculation, while the remainder are used on a practical level, such as in exchange for cash discounts or goods and services.

He believes the latest sell-off of cryptocurrencies represents the biggest turmoil in the sector in a decade.

Mr Adisak said JFIN has been affected, the same as other digital currencies.

Yet he is convinced that JFIN coins, which were launched in 2018 through Jay Mart subsidiary J Ventures, will rebound more quickly than other cryptocurrencies because it is an asset-backed coin.

JFIN coins can be swapped for Rabbit rewards in the business ecosystem of BTS Group Holdings, the operator of the skytrain.

"There is still supply and demand for JFIN coins through related activities."

While being aware of the risk of using cryptocurrency, the Federation of Thai Industries (FTI) is still optimistic about digital cash, which is expected to benefit certain industries in the future.

Surapong Paisitpatanapong, vice-chairman and spokesman for the FTI's automotive club, said despite the decrease in value, he believes cryptocurrency can recover in the long term and become an alternative currency that could be used alongside physical currency.

The plunge in cryptocurrency's value occurred when the US Federal Reserve raised its benchmark interest rate, he said.

Despite risks associated with the highly volatile and speculative currency, Mr Surapong said businesses should not miss an opportunity to carefully study how to use it.

"Digital currency can facilitate business transactions and reduce the risk of physical currency fluctuations," he said.

"But cryptocurrency usage will be limited to some businesses. It will not be used as widely as mainstream physical currencies."