As it looks for ways to fulfil its potential as a global powerhouse, Asia must deal with some longstanding challenges.

Asia needs good relations with both the US and China "as they play differing but important roles", says Ahmad Fuzi Abdul Razak, governor of Penang state. SUPPLIED

Asian economies are bouncing back amid the so-called Great Reset triggered by the Covid-19 pandemic. But a cautious mood prevails given the possible short-term risks of new waves of the virus, rising inflation and political instability.

However, corruption remains one of the main challenges that Asian countries must address as they recover from the pandemic-hit downturn, experts say.

Corruption is one of the three C's that pose challenges for the region. The other two are Capital -- given concerns that investment flows could decline -- and the Cost of living crisis as rising inflation affects countries globally, said Michael Yeoh, president of the Malaysian think tank KSI Strategic Institute for Asia Pacific.

"We've seen in many Asian countries, how corruption has affected economic growth and the need to enhance integrity systems and ethical leadership," he said at a recent regional forum on Asian economic development and entrepreneurship held in Kuala Lumpur.

"And here we would like to propose setting up, perhaps, an Asian integrity network, to be able to promote greater ethical leadership."

In the 2021 global Corruption Perceptions Index, which ranks 180 countries and territories on a scale from 0 (most corrupt) to 100 (cleanest), countries in the Asia Pacific region had an average score of 45.

"It shows much more needs to be done to solve the region's corruption problems," said Transparency International, the global anti-graft watchdog that compiles the frequently cited annual index.

Most countries in the region score below the global average of 43. Asia is also home to the three bottom-ranked countries in the index: Cambodia at 23, followed by Afghanistan and North Korea at 16.

Transparency International said countries like Malaysia and Indonesia face a more complex challenge of "grand corruption". "This is the abuse of high-level power that benefits the few at the expense of the many, and which can destroy whole sectors, create recessions and end democracies," it explains. "In such cases mere technical interventions, useful in addressing petty corruption, are not enough."

As they strive to build back better and to forge ahead together in sustainable anti-graft measures, the organisation said Asia Pacific countries have to address the fundamental failings that have led to many countries' corrupt systems.

"Effective control of corruption and common prosperity can only be achieved through the engagement of informed people who are able to assemble freely, speak openly and blow the whistle on corruption without fear of reprisal," it said. 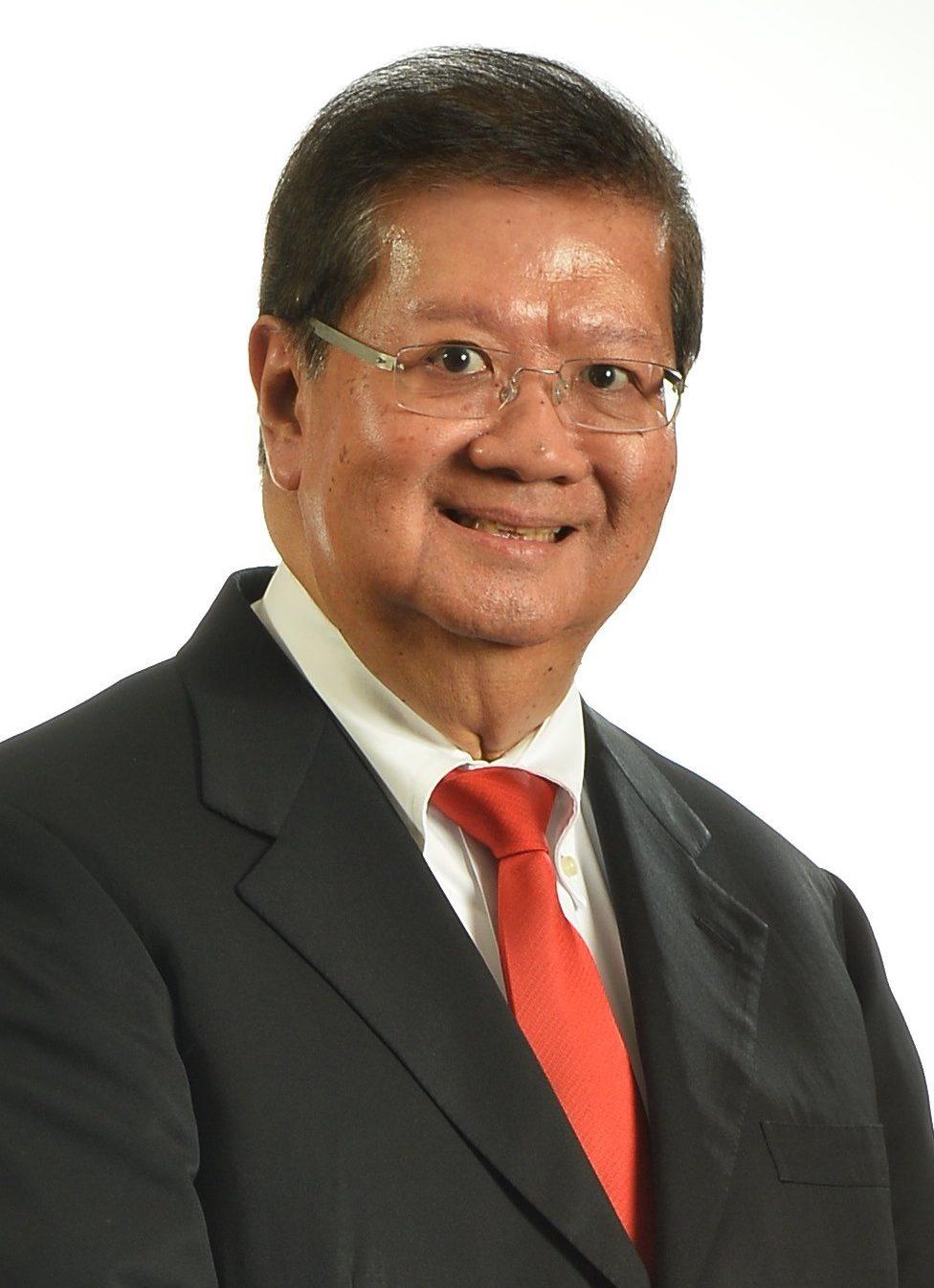 Despite the grim regional scores on corruption, Asia is where the global political and economic power is shifting from the West.

"I am cautiously optimistic that the region will bounce back better and stronger," Ahmad Fuzi Abdul Razak, governor of the Malaysian state of Penang, said at the same event.

The global political and economic power shift is one of three major shifts happening in Asia that will have a bearing on Asian economies and societies, he said.

In his view, the US-led international order has experienced tremendous stress with various challenges, from the conflicts in Iraq and Afghanistan, coupled with the global financial crisis in the late 2000s, and the economic rise of China as a strong proponent of multilateralism. China and the US are now competing for technological supremacy, especially in semiconductors, artificial intelligence and building 5G connectivity.

A power shift from the US to China would have many implications in the Asian region, as Southeast Asian nations tend to look more often to China for economic cooperation, given that China has been most proactive in developing its dialogue partnership with Asean, Mr Ahmad Fuzi noted.

He added that China has spent over US$200 billion on infrastructure development, benefitting mainly Asian countries from Pakistan to Malaysia. China has also been Asean's largest trading partner for more than 10 years.

However, Asian countries also look to the US for upholding a rules-based regional order, although still with some "cynicism", given that Washington's policy of upholding a "free and open Indo-Pacific" would ensure all countries play by the same rules, which would be heavily influenced by the US.

"The intensifying strategic rivalry between the US and China may push Asian countries to choose sides. However, ultimately, Asia needs both countries as they play differing but important roles in developing the region as the next engine of economic growth," he said.

The other two major shifts happening in Asia, according to Mr Ahmad Fuzi, are the rapid acceleration of technology in everyday, with new innovations likely to bring long-term benefits to society, coupled with changing demographics that are leading to changes in societal values and consumer behaviour with the accelerated adoption of a digital way of life.

He cited the latest e-Conomy SEA report by Google, Temasek and Bain & Company, which projected that the digital economy could reach $1 trillion in gross merchandise value or GMV by 2030.

"What is fascinating is the fact that 80% of the 440 million internet users in Asean are digital consumers, defined as having purchased at least one digital service. That is a massive market," he said.

The pandemic has accelerated the overall trend, he noted, with over 60 million new users having come online in the past two years, bringing internet penetration to 75%.

With many challenges ahead as countries in Asia are building back, Mr Ahmad Fuzi said "the most urgent and pressing" one is climate change. Without solid prevention and mitigation strategies, there could be potentially catastrophic consequences such as the emergence of new diseases, more extreme weather patterns, food shortages, forced migration and more conflicts.

"Even where we are in Kuala Lumpur, many would have thought we were insulated from the worst effects of the climate crisis. That, of course, quickly changed when we were rudely awakened by the serious floods in December 2021," he said.

Justin Lee, the High Commissioner of Australia to Malaysia, said climate change and the challenge of transitioning to a future with net zero carbon emissions represent the foremost common threats and challenges that countries in the region are facing.

In addition, the region is encountering issues of growing cyberattacks, both from state and non-state actors, misinformation and disinformation, the rise of economic protectionism, questions about the resilience of supply chains, and escalating tensions over territorial claims.

"We recognise that [Australia's] national interest and our security and stability is based on the prosperity and stability of the Indo-Pacific region and that has been recognised by our new government which was just sworn in," Mr Lee said.

The new government, he said, has expressed commitment to deepening engagement with Southeast Asia, including by appointing a special envoy to Southeast Asia, establishing a Southeast Asia office in the foreign ministry, and also increasing its development funding.

Roland Galharague, ambassador of France to Malaysia, said that although it was "a bit of a cliche" to say that the 21st century is bound to be the Asian century, he acknowledged that it is true for a number of reasons, starting with the sheer size of the region.

The region, he added, is also home to some members of the Group of 20 (G20) major economies -- Indonesia is chairing the group this year -- and to the biggest trade agreements in the world: the Asean-led, 15-country Regional Comprehensive Economic Partnership (RCEP) and the 11-member Comprehensive and Progressive Agreement for Trans Pacific Partnership (CPTPP).

The RCEP, which took effect this year, involves the 10 Asean countries plus Australia, China, Japan, New Zealand and South Korea in a pact that represents 30% of the global GDP and population. The Asean members -- Brunei, Malaysia, Singapore and Vietnam -- are also part of the CPTPP. The other members include Australia, Canada, Chile, Japan, Mexico, New Zealand and Peru.

China has recently submitted its application to join the CPTPP, which poses a political challenge given that Japan is seen as the leader of the agreement, having spearheaded the revival of the pact after the United States walked away when Donald Trump was president. 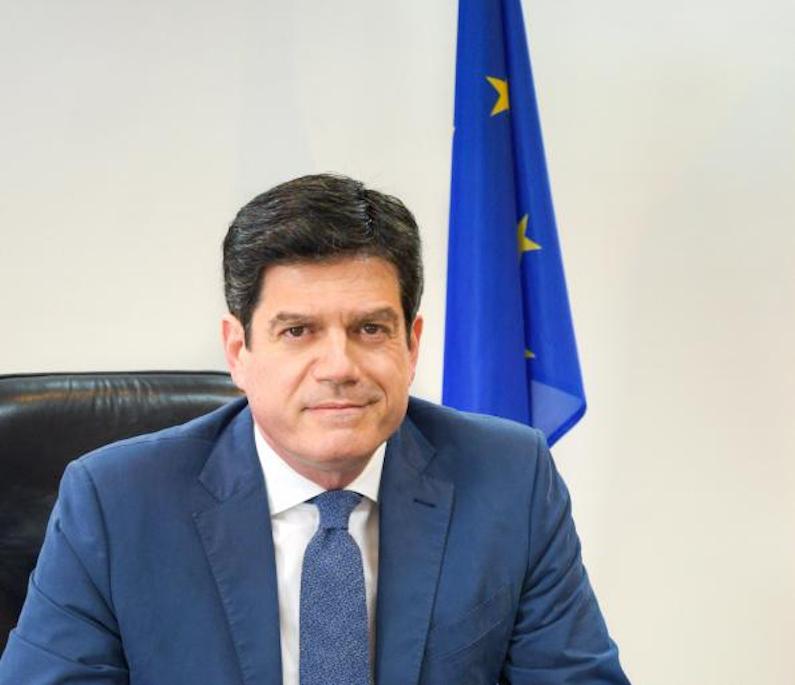 "Any disruption of supply chains or any instability in the (Asian) region will affect Europe directly," says Michalis Rokas, ambassador of the European Union to Malaysia. SUPPLIED

Other outstanding traits that the region has include vital waterways for global trade, namely the Malacca Straits and the South China Sea, its young population, growing middle class and role at the forefront of the digital economy.

"So, all in all, a powerhouse for the development of the world," Mr Galharague said.

Michalis Rokas, the ambassador of the European Union (EU) to Malaysia, said the EU has recognised the growing importance of the region with its Indo-Pacific strategy, which was launched in September last year, given that 70% of EU trade goes through the region, and 40% goes through waters in which Malaysia is located.

"So it is huge and any disruption of supply chains or any instability in the region will affect Europe directly," Mr Rokas said.

Recent geopolitical events, he said, only amplify the fact that all regions of the world have interests in common.

Asean and the EU are commemorating the 45th anniversary of their partnership this year and a commemorative summit is expected to take place in Brussels later this year.

"We are really looking forward to consolidating this partnership in the days and weeks to come and I'm very much looking to the opportunity of the EU-Asean summit at the end of the year," Mr Rokas said.