AIS acquisition of Triple T Broadband puts more pressure on the regulator as it decides on True-DTAC merger, with the sector becoming a duopoly

An AIS mobile shop inside CentralWorld. After the AIS-TTTBB deal is completed, AIS is expected to become the second biggest fixed broadband operator with a 34% market share. (Photo: Nutthawat Wicheanbut)

The acquisition appears to make business sense for AIS in terms of economy of scale, business synergy and market expansion, especially in the provinces. The country's biggest mobile operator by subscriber base also offers broadband internet service under the brand AIS Fibre.

Industry sources said the AIS-TTTBB deal differs from the DTAC-True deal as the fixed broadband internet business would have at least three major players in the market following AIS's acquisition, compared with two in the mobile segment after the merger of DTAC and True.

Home internet does not require frequency licences, which carry a hefty cost in the mobile business, meaning new players can more easily enter the market.

A report presented by a National Broadcasting and Telecommunications Commission (NBTC) subcommittee studying the economic impact of the True-DTAC deal found the merger could hinder the country's GDP growth and push up inflation.

The acquisition of TTTBB is perceived by some industry pundits as a wise tactic by AIS as its rivals work towards a merger. 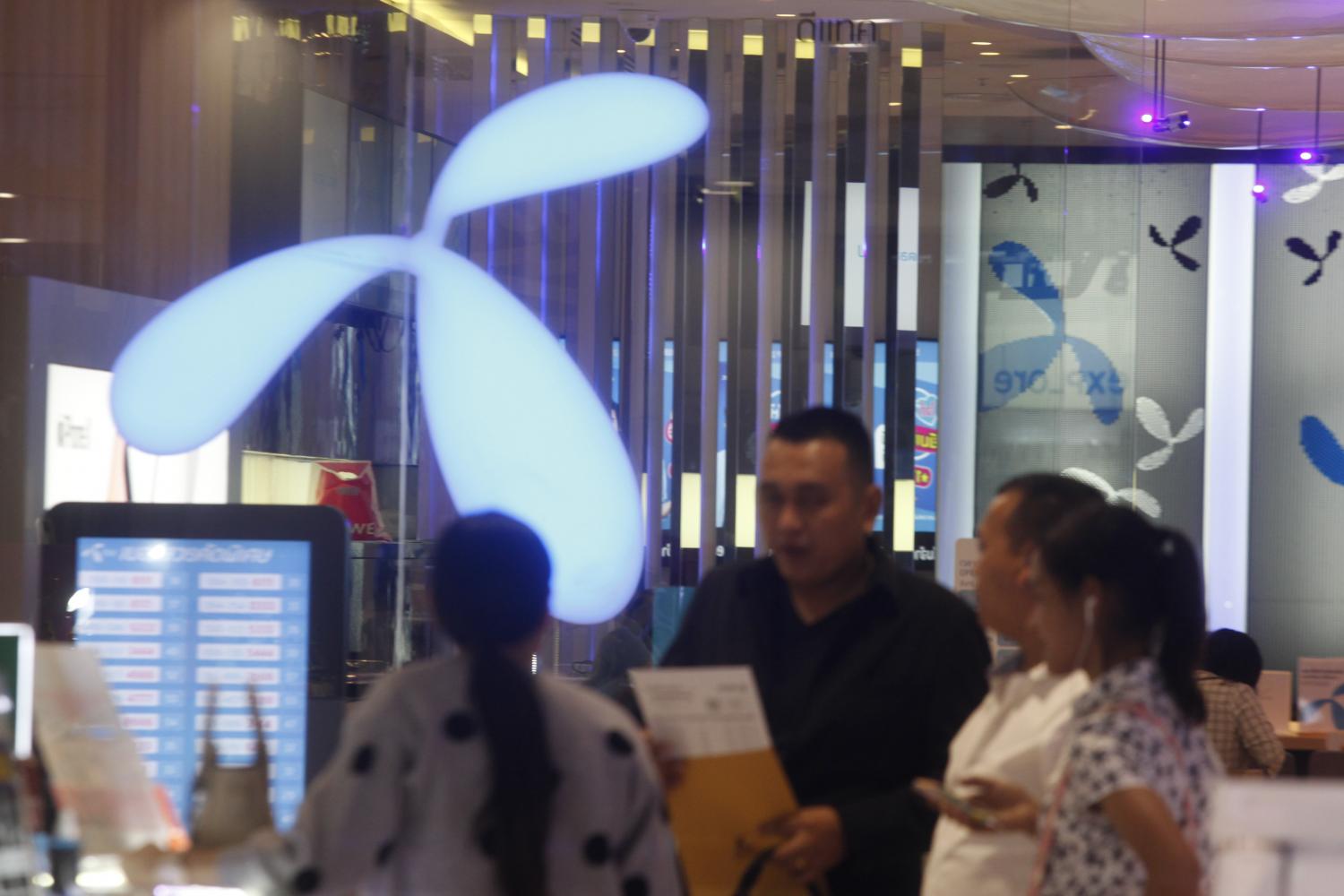 above  DTAC customers at a service centre in Bangkok. The NBTC is scrutinising the True-DTAC merger.  Pornprom Satrabhaya

Under the acquisition deal, AIS aims to buy most of TTTBB's shares from Acumen Co, a subsidiary of Jasmine International Plc (JAS), for 19.5 billion baht.

AIS also plans to buy a 19% stake in Jasmine Broadband Internet Infrastructure Fund (JASIF) from JAS at a cost of 12.9 billion baht.

Both deals would be undertaken by Advanced Wireless Network (AWN), a subsidiary of AIS.

AIS said the deals require approval from the NBTC before the transactions can be executed.

The company expects the deals to be completed in the first quarter of next year.

He said the investment in JASIF will open the door for the fund to invest in AIS's additional telecom assets.

The AIS-TTTBB proposal emerged while the NBTC is scrutinising the True-DTAC deal.

True and DTAC formally submitted a report of their amalgamation plan to the telecom regulator on Jan 25, following the NBTC's regulation that stipulates merger plans must be sent to the regulator at least 90 working days before they can execute them.

The planned merger has been heavily criticised by some academics and consumer advocates who are concerned about the prospect of reduced competition in the mobile business, which would put consumers at a disadvantage.

The new NBTC board was sworn into office in April and resolved to postpone its resolution governing the merger deal by another 60 days from the original date in May.

The board also set up four subcommittees to scrutinise the merger and held focus group hearings to gauge the impact of the deal.

An NBTC subcommittee assessing the economic impact of the deal recently unveiled its study, finding a negative impact on the country's economic outlook. The study found the merger could reduce Thailand's GDP growth by between 0.05% and 1.99%, depending on the level of collusion by the major operators after the merger takes place. 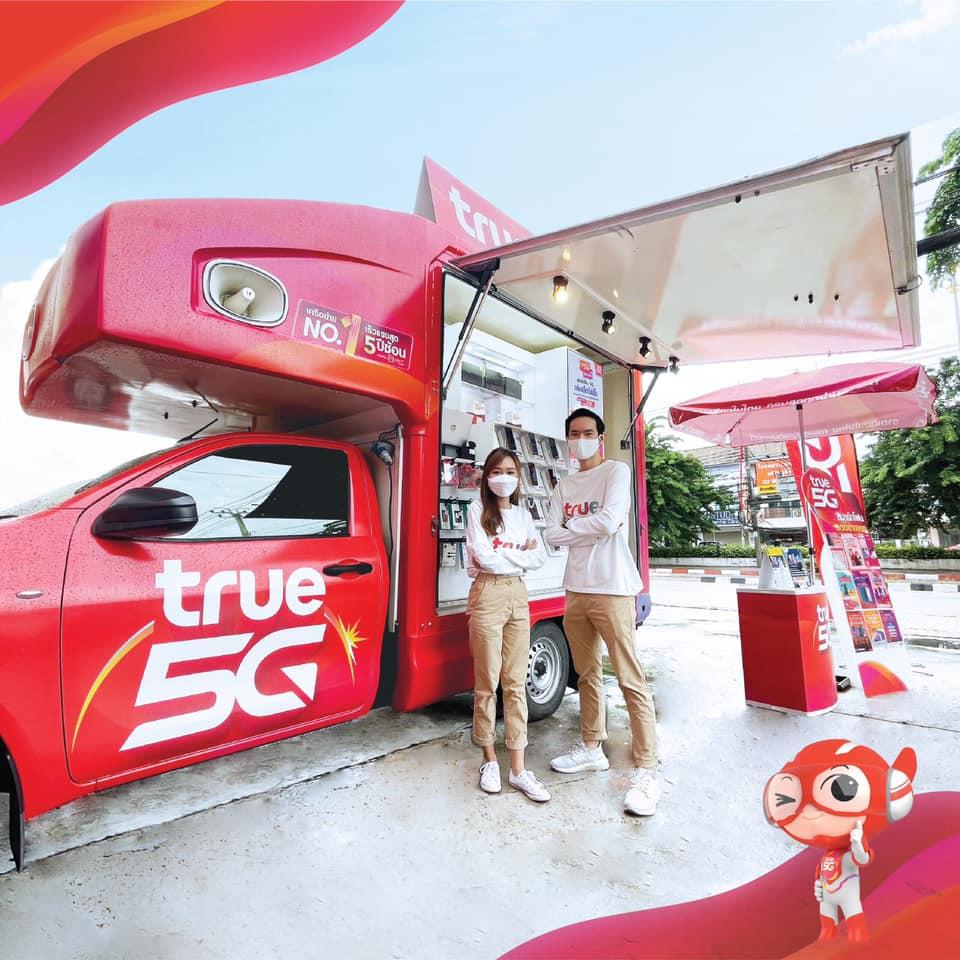 left  A True Mobi Shop. True's revenue from fixed broadband business amounted to 7.32 billion baht in the first quarter of 2022.

The merger could also drive up the country's inflation rate by 0.05%-2.07%, depending on the degree of collusion, according to the study.

Mobile service prices after the merger are projected to rise by between 2.03% and 19.5% if no collusion takes place, the study found.

NBTC management is expected to draft an executive summary from these four subcommittees and forward it to the board.

Management is also tasked with drafting measures governing the deal, then submitting them to the board.

"This process has not been carried out yet," a source close to the NBTC board told the Bangkok Post.

A source close to InTouch Holdings, the parent of AIS, said the TTTBB owners initiated talks with AIS about a deal three years ago, but merger momentum was revived when Gulf Energy Development Plc, the country's largest private power producer by market value, became the biggest shareholder of InTouch last year.

The source, who requested anonymity, said JAS's motivation is to reduce its debt burden.

JAS still wants to focus on some businesses, especially digital TV Mono 29, which provides a variety of content, said the source.

The source said the AIS-TTTBB deal has four strong points.

First, AIS sought approval from the NBTC directly from the start, which differs from the True-DTAC deal, where both parties only intended to notify the NBTC about their move.

Second, the acquisition would give AIS the second largest subscriber base in fixed broadband with at least three major players in the market, excluding more than 10 local operators in the provinces, the source said.

Third, the fixed internet broadband market has only 51% household penetration, meaning it is unsaturated, compared with 120% penetration in the mobile market.

Finally, the home internet business does not require frequencies to operate.

"If the deal is rejected by the NBTC, AIS can still operate its home internet business with projected double-digit growth," the source said.

"If the True-DTAC merger is given the nod but the AIS deal is blocked, the NBTC would be in trouble for sure."

The source explained AIS's deal is less complicated than the True-DTAC merger deal as the fixed broadband internet business does not require spectrum to operate and the AIS acquisition would still leave at least three major players in the market.

The deals with 3BB and JASIF would help AIS Fibre increase growth in the provinces via economy of scale and scope, as well as the synergy of operations and services through AIS Playbox set-top boxes and 3BB's Giga TV Box, which can pose challenges to the True ID platform, said the source.

Analysts project AIS Fibre to increase its average revenue per unit (ARPU) and AIS's share price in the long run. 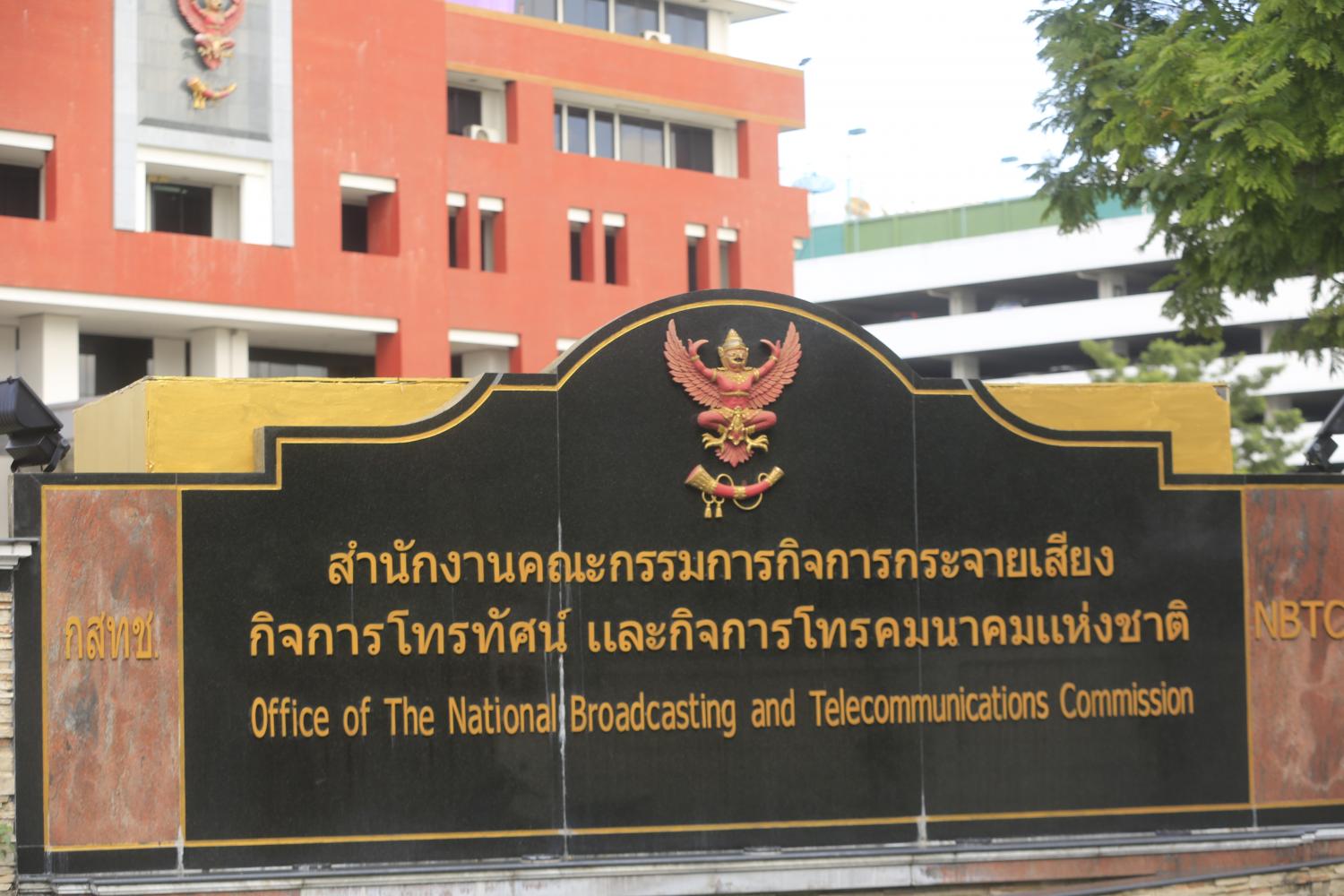 A telecom veteran says both the AIS-TTTBB acquisition and the True-DTAC merger should sail through checks by the NBTC. Pornprom Satrabhaya

If the True-DTAC merger plan is shot down but AIS's deal is approved, it may be because the NBTC sees the consequences of the deals in different lights, the source said.

Prawit Leesathapornwongsa, an advisor to the NBTC chairman and a former NBTC commissioner, agreed the timing of the AIS acquisition is perfect as it parallels its rivals' proposed merger, potentially complicating the regulator's decisions regarding both deals.

"AIS has the upper hand over True and DTAC in this latest move," Mr Prawit said.

The clear statement by AIS that it sought approval from the NBTC for the acquisition directly stings both True and DTAC, who insisted their merger procedures followed the NBTC's regulations by merely notifying the regulator before executing the deal, he said.

After the deal is completed, AIS is expected to become the second biggest fixed broadband operator with a 34% market share, trailing only True with a 39% market share.

He said the latest deal shows the telecom sector is becoming a duopoly, similar to other sectors such as department stores, hypermarkets, convenience stores, high-speed train operators and expressway operators.

"After the deal is concluded, we should see healthy performance from the players as their profit margins improve and their stock prices are projected to rise in the long run," said Mr Pisut.

"If the AIS deal is completed, the market would be influenced by only TrueOnline and AIS Fibre in the long term, while NT's market share would gradually fade out."

The latest KS analysis indicates the AIS acquisition would drive down the price war in the home internet segment. 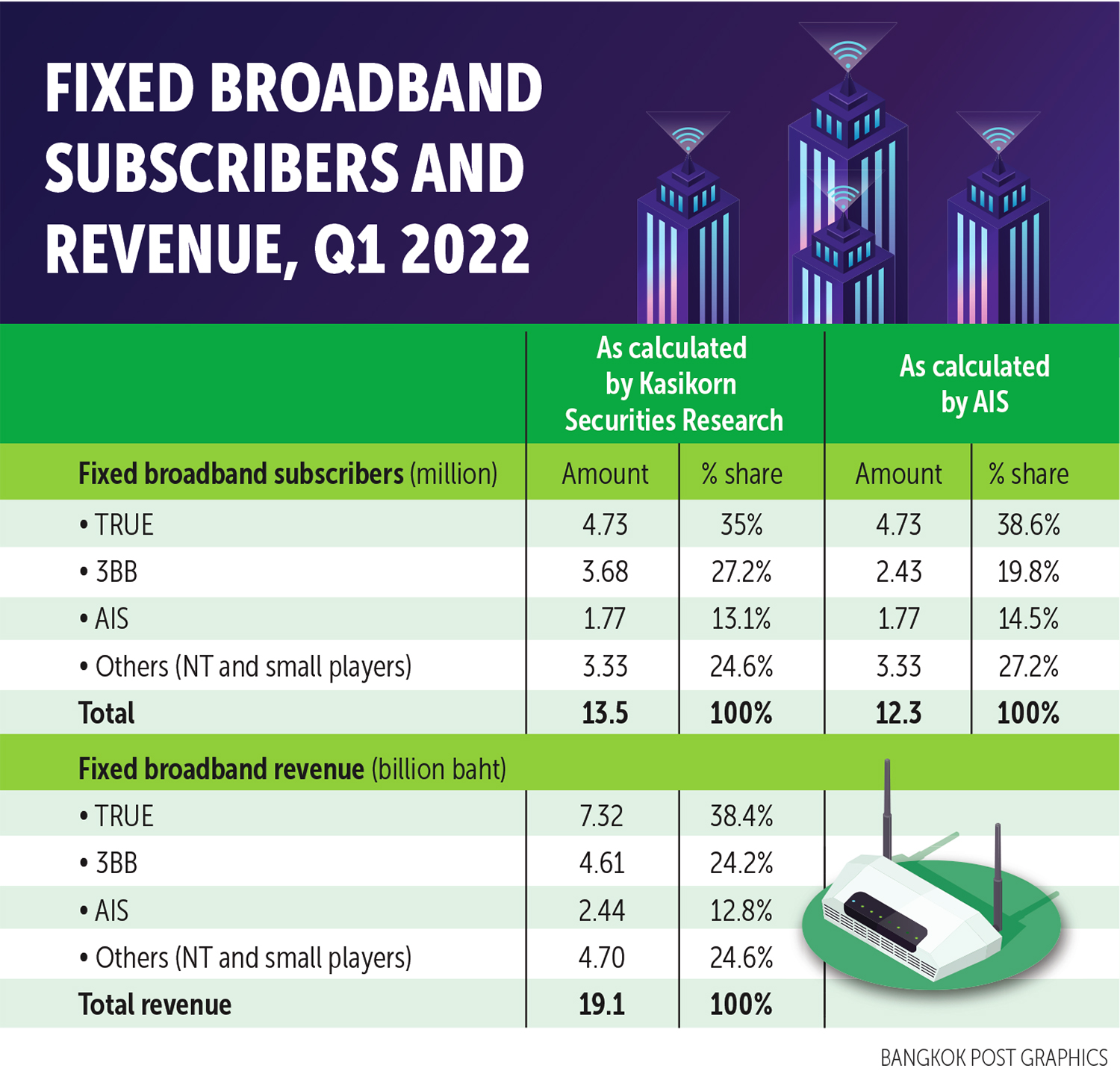 The AIS-TTTBB acquisition is believed to be a reaction to the True- DTAC merger, he said.

Mr Somkiat said AIS made the better move as the operator sought direct approval from the regulator, whereas True and DTAC insisted they do not need the green light from the NBTC.

If both deals succeed, consumers and small entrepreneurs will have fewer service choices and are at risk of being taken advantage of by the operators, similar to what happened in the cinema, retail and hospital sectors, he said.

"Not only would the poor be in trouble, but the middle class would also be affected," said Mr Somkiat.

According to the TDRI chief, the Thai economy is now similar to the US about 120-150 years ago when a series of mergers among oil and rail businesses as well as other sectors resulted in extensive exploitation of the public. This led to anti-monopoly sentiment in the US.

"The question is how long will Thais have to put up with this monopoly capitalism, with state authorities taking sides with these capitalists?" Mr Somkiat asked.

Mr Prawit agreed that either merger or takeover deals are likely to create market dominance in the end.

True and DTAC indicated their amalgamation plan will create a new tech firm that can support Thailand 4.0 aspirations and provide better services to benefit Thais. The new firm is projected to become a leading digital force in the region, expected to gather local and international experts and investment in the local tech ecosystem.

Yet Mr Prawit cast doubt on how well this merged firm would compete on the international stage, particularly in telecom services.

The True-DTAC merger seems to hinge on reducing expenses and operation costs, he said.

If the mobile operators really want to support local startups, they should pursue a joint venture with them unrelated to the merger, said Mr Prawit.

A telecom veteran who requested anonymity said both deals should sail through regulatory checks by the NBTC.

The source said it is unlikely the two business empires will "fight until the end", referring to Gulf and conglomerate Charoen Pokphand (CP) Group, the parent of True.

Amid this sector concentration, the recruitment process for the final two NBTC commissioners is ongoing. The process, which is expected to be completed this month, would give the board seven members.

The votes of any new commissioners are expected to affect the NBTC's resolutions vetting merger and acquisition deals, as well as measures designed to govern them. 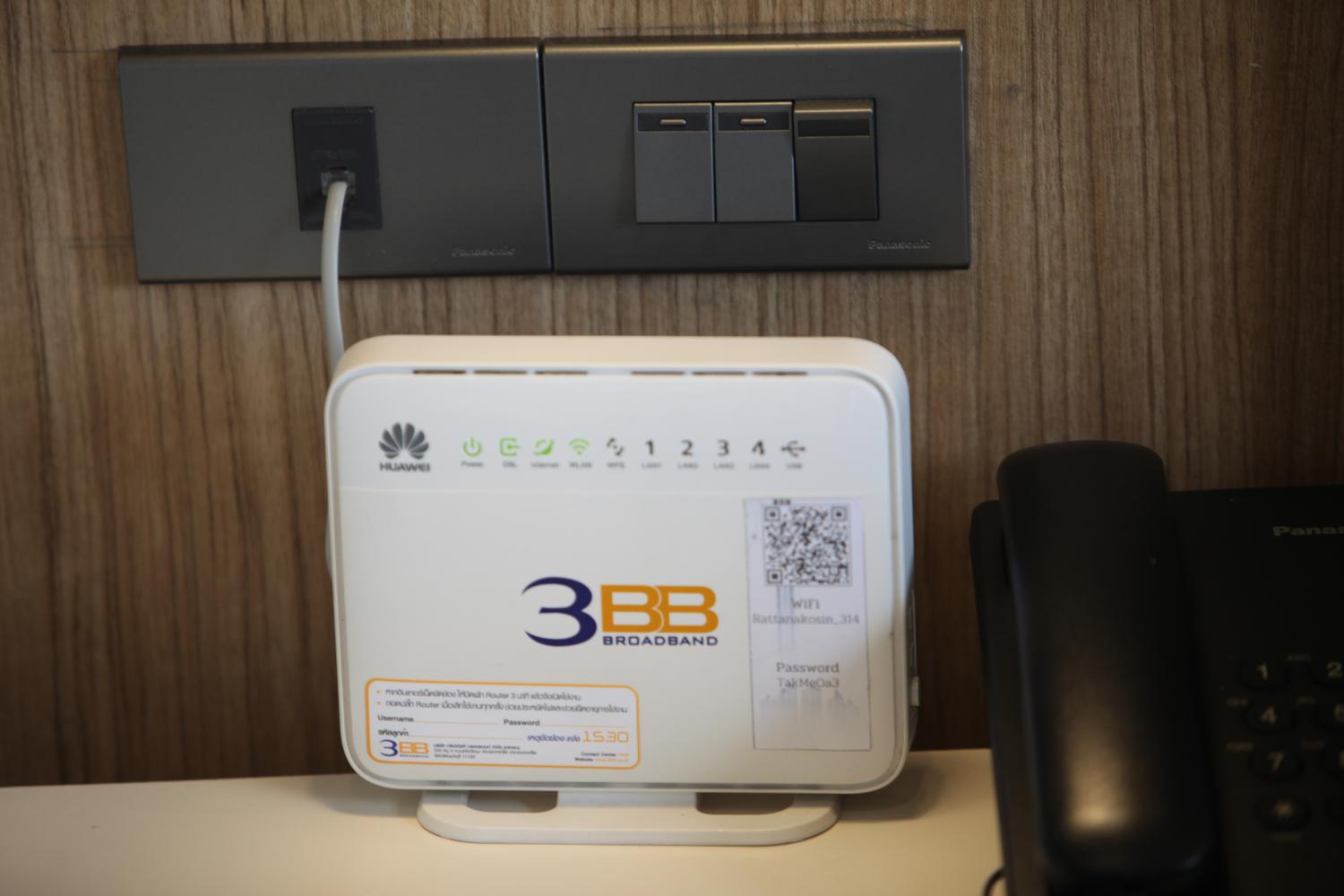