The Commerce Ministry wants to increase Thai exports to South Korea to 200 billion baht over the next three months after signing a memorandum of understanding on Tuesday to form deeper trade partnerships through a mini-free trade agreement (mini-FTA) with Busan.

Busan is South Korea's second-largest city after Seoul, with a population of more than 3.4 million.

Commerce Minister Jurin Laksanawisit said the partnership not only accelerates trade between Thailand and Busan, but also paves the way for future cooperation in trade and investment development between the two parties.

"South Korea is regarded as a key trading partner of Thailand. Its economy ranks as 10th-largest globally for GDP, with two-way trade between Thailand and South Korea reaching US$15.5 billion last year," said Mr Jurin.

The value of two-way trade between Thailand and Busan amounted to $2.33 billion or 75 billion baht in 2021. 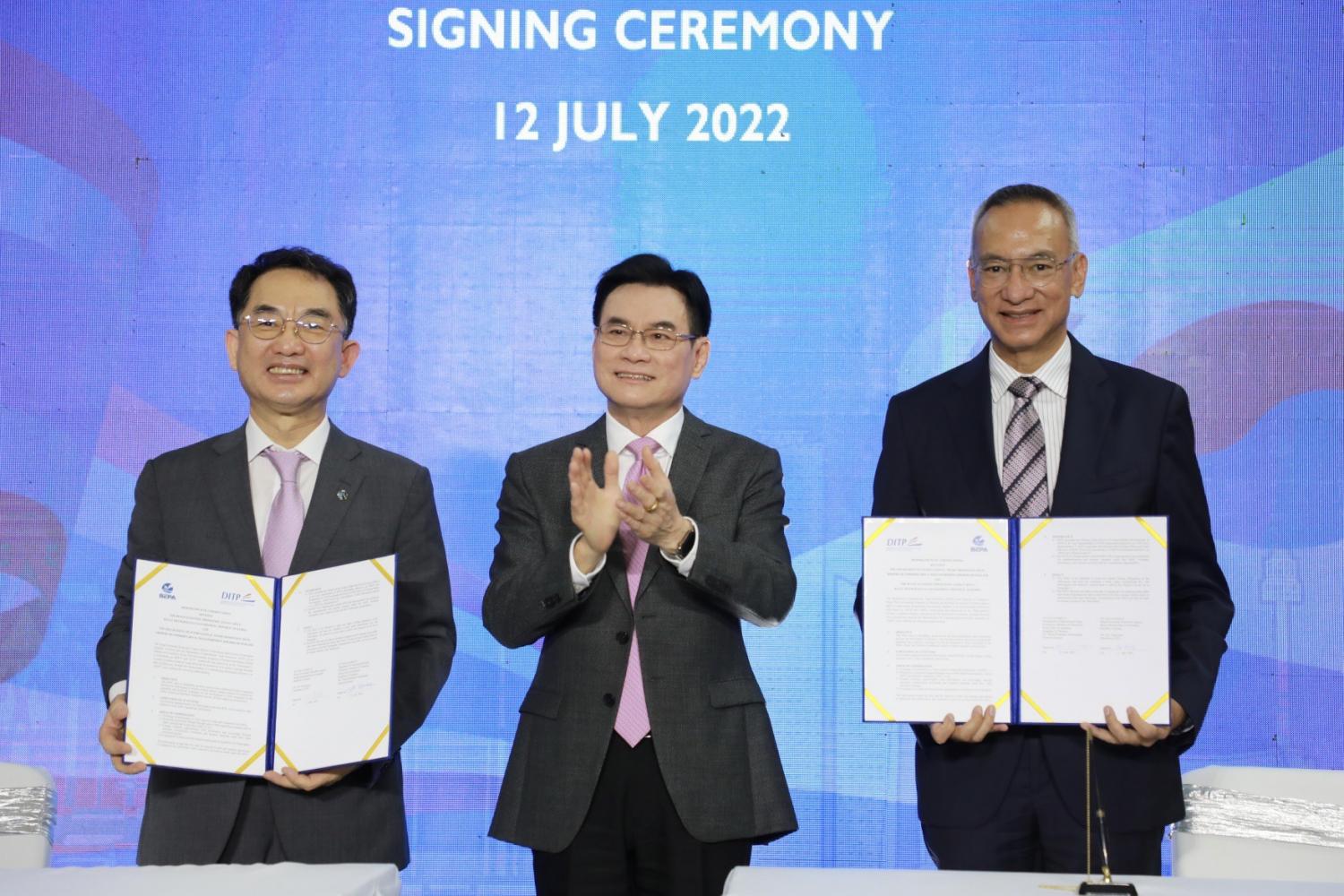 Mr Jurin, centre, says that South Korea is regarded as a key trading partner of Thailand.

He said the port of Busan holds significance for Thailand as it handles the largest amount of Thai shipments into the country.

"I believe a deeper trade partnership through a mini-FTA with Busan will be instrumental in strengthening our relationship and stimulating bilateral trade between Thailand and Busan, as well as South Korea," said Mr Jurin.

He said he assigned ministry officials to ramp up cooperation on soft power with South Korea, which has seen success in that area.

Moon Seoung-hyun, the ambassador of South Korea to Thailand, said 2022 marks the 64th anniversary of diplomatic relations between the pair and the 10th anniversary of a strategic partnership.

Given the long-term relationship between the two countries, Mr Moon said he hoped future cooperation between Thailand and South Korea would become deeper and firmer, as two-way trade between the pair posted a record high of $15.5 billion last year.

He said the bilateral relationship has ample room for further development in the future and he believes the mini-FTA between the Commerce Ministry and Busan Economic Promotion Agency will pave the way for further economic cooperation between the countries.