A general view of Tanglin area in Singapore on July 9, 2022. (Photo: Bloomberg)

Singapore intends to broaden the scope of cryptocurrency regulations and pushed back against claims that some recently collapsed digital-asset outfits were regulated in the city state.

The Monetary Authority of Singapore plans to consult on proposed steps in September or October, Managing Director Ravi Menon said in response to questions after releasing the central bank’s annual report Tuesday. The revised rules may include further tightening retail-investor access to crypto, he added without providing details.

“Going forward, in line with international regulators, we’re also going to be broadening the scope of regulations to cover more activities,” Menon said. “So, players who are doing some of these activities but are currently not caught may well be caught.”

This year’s market meltdown has exposed the cracks in global crypto regulation, with billions of dollars locked up with bankrupt digital-asset lenders and creditors trying to claw back money from collapsed hedge fund Three Arrows Capital. The upheaval gathered pace in early May, when the TerraUSD stablecoin crumbled from its intended dollar peg.

Many of the companies that imploded operated outside the scope of existing regulations, and their failures highlighted risky business practices as well as the web of debts that connected many of the industry’s top players. Regulators from the United States to Singapore are now racing to patch those holes, while acknowledging that the effort will require more global coordination. 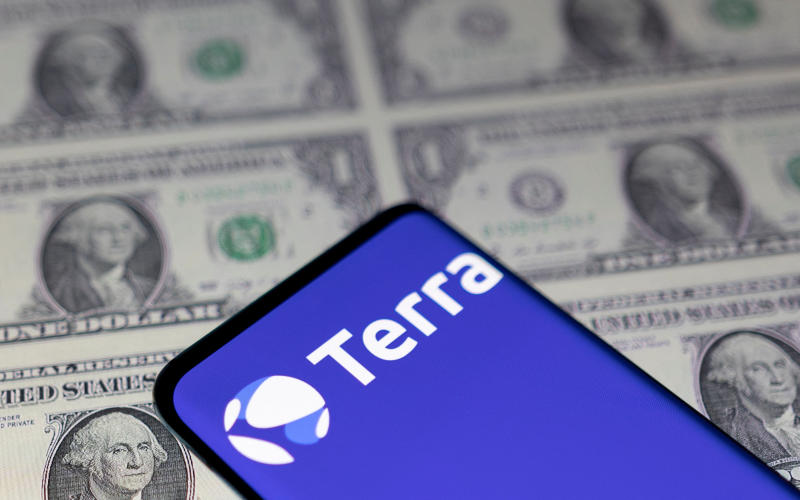 Smartphone with Terra logo is placed on displayed US dollars in this illustration taken May 11, 2022. (Photo: Reuters)

TerraForm Labs and Luna Foundation Guard, the entities behind TerraUSD, list Singapore as their base. Three Arrows was a registered fund management company in the city-state until earlier this year. Vauld, a crypto lender trying to stave off collapse by selling itself, is also headquartered in Singapore.

Menon pushed back against the notion that those companies are under Singapore’s regulatory purview. None of them held permits under its licensing system for virtual-asset service providers, he said. Singapore employs a strict process for vetting applications for such licenses, approving just 14 out of almost 200 companies that sought permits so far.

Some strained crypto players reported as based there have “little to do with crypto-related regulation in Singapore,” Menon said in a speech to reporters.

Three Arrows -- formerly a poster child for unbridled optimism about virtual assets -- was reprimanded by MAS for providing false information and exceeding the limit on its assets under management. The crypto hedge fund had informed the regulator its intent to cease fund management activity from May 6, just before TerraUSD collapsed.

The MAS reprimand was announced just after Three Arrows was ordered into liquidation by a British Virgin Islands court.

Vauld has suspended token withdrawals, one of several crypto outfits globally that hit trouble as leveraged bets imploded. Its parent company has applied with Singapore courts for a moratorium to avoid a forced wind-down as it negotiates a sale to rival Nexo.

Singapore’s authorities have long maintained a wary embrace of the crypto industry, with Menon praising the underlying blockchain technology’s potential for innovation while stressing that retail investors should steer clear of digital assets.

The city-state has been tightening rules around crypto investments, including clamping down on marketing and requiring virtual-asset providers to be licensed locally even if they only do business overseas.

MAS will hold a seminar next month to shed more light on its position on crypto regulation, Menon said.

“We will set out how our developmental and regulatory approaches will work in harmony to achieve the vision of Singapore as an innovative and responsible digital asset hub,” he said.