The government's latest bid to attract affluent foreigners involves offering the ability to purchase land for residential use in the country. While this proposal is intended to reinvigorate the economy, many analysts are urging caution.

Q: What does the proposal regarding foreign land ownership in Thailand entail?

Government spokesman Thanakorn Wangboonkongchana recently announced the Land Department is drafting regulations that would grant full land ownership of one rai (roughly 0.16 hectares) for foreign nationals for residential use.

The proposed scheme, subject to cabinet approval, aligns with the government's plan to attract affluent foreigners for lengthy stays, aiming to shore up the economy. It also offers attractive tax benefits and a 10-year visa.

The proposal marks a departure from long-standing laws limiting land and property purchases, except condominiums, to Thais or people married to Thais.

Over a period of five years -- from now through 2026 -- the government hopes to attract more than a million qualified people to Thailand.

The scheme is estimated to inject about 1 trillion baht into the economy, with an uptick of 800 billion baht in investment as well as 270 billion through revenue collection.

Q: What are the purposes of the new proposal?

Wealthy foreigners and expatriates in highly skilled professions can step in to boost these sectors, said Mr Niphon.

He judged the land ownership proposal for foreigners appropriate based on the figures for foreign condominium ownership in Thailand. 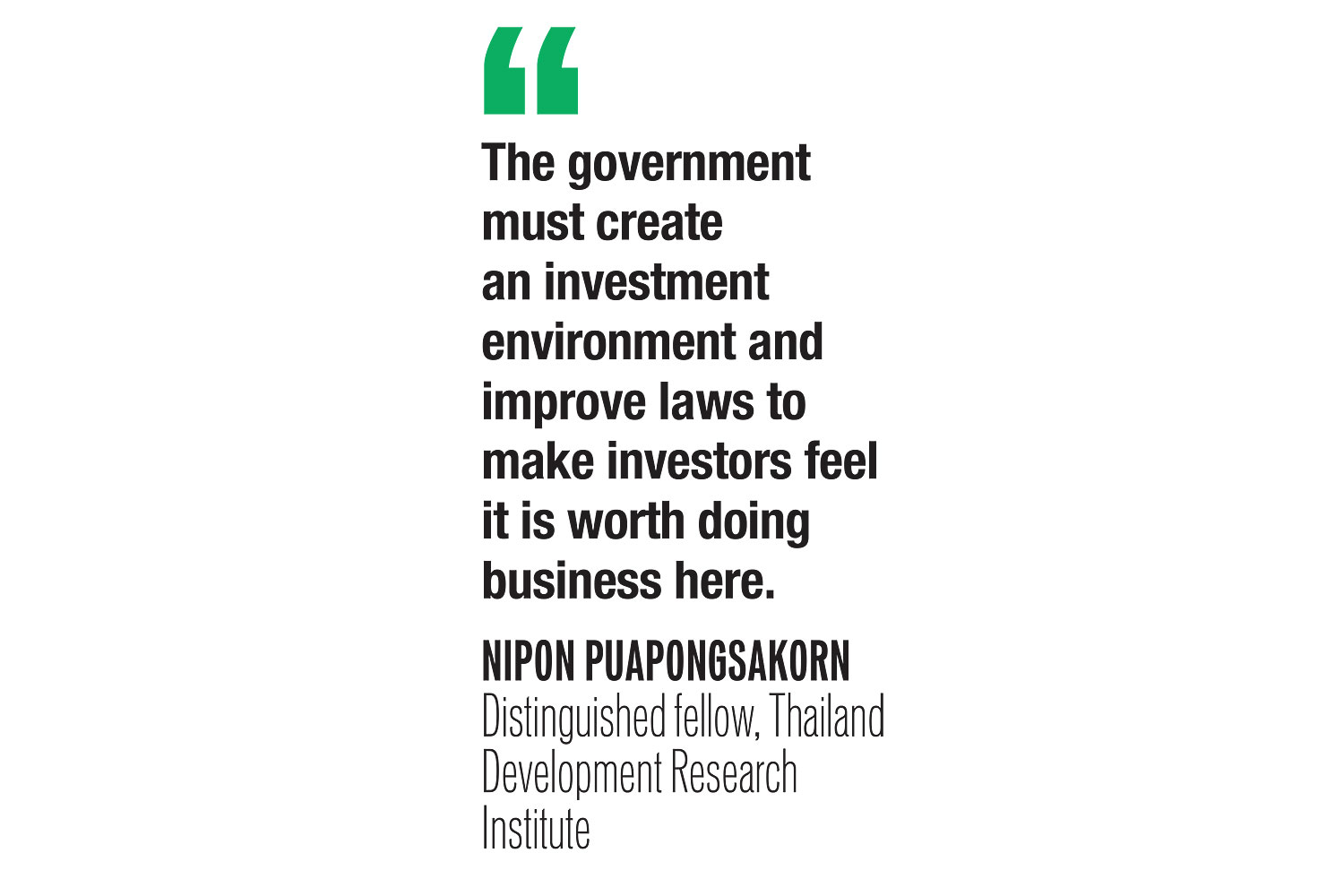 "There is a rule limiting foreign ownership of condos to 49%. We have roughly 1.5 million condo units in Thailand. Foreigners only own about 90,000 units, or 6%, which is nowhere close to 49%," said Mr Niphon.

Q: Who qualifies under the new scheme?

There are four categories targeted for the scheme: highly or specially skilled professionals, those who want to work in Thailand, those with enormous wealth, and affluent pensioners.

"Qualified" foreign nationals must invest 40 million baht (US$1.09 million) in Thai property, securities or funds to participate in the scheme. This investment must be for at least three years, in accordance with the Trust for Transactions in Capital Market Act of 2007.

Thailand's Real Estate Information Center, under the umbrella of Government Housing Bank, reported in the first quarter of 2022 the top five nationalities for most condo purchases were Chinese (45%), Russian (6.4%), American (5.4%), British (4.3%) and German (3.8%).

Q: What kind of property can foreigners currently purchase in Thailand?

Under the Condominium Act of 1979, foreigners can purchase and own 49% of condo units under a foreign quota.

Panuwat Krishnamara, a legal consultant for property services at Siam Legal International, said Section 86 of the Land Code Act of 1954 prohibits foreigners from owning or possessing land unless there is a treaty or exemption allowing it.

Thailand currently has no such treaty with any country.

"Foreign nationals can purchase buildings or houses on top of the land freely, and they can apply for building permits as a foreigner for construction of their own house if they are entitled to the property, either by lease registration or other registered rights on the land," he said.

Mr Panuwat said some of his clients expressed interest in owning Thai land via the new proposal because foreigners often wish to own land under their names.

"We hope the guidelines and regulations drafted by the Land Department give foreigners more choices to acquire land, while keeping land for Thai nationals in available zones."

Q: What are the responses from advocates?

Rathawat Kuvijitrsuwan, head of research and consulting at CBRE Thailand, said the intention of the policy -- to generate more revenue from foreign investors who have strong demand to purchase houses in Thailand -- is positive.

"We have seen a constant flow of demand for a policy like this. It is positive for the market because it will increase investment activity while capitalising on higher flows of tourist arrivals," said Mr Rathawat.

"It is understandable why the government would like to launch such a scheme during a market downturn."

He said an essential requirement for the proposed scheme is greater clarity regarding the application process and how the government will ensure the use of that one rai of land is strictly residential. The government also needs to clarify where in Thailand this scheme could be enforced.

"There is concern about the reselling of land and houses and if there are any restrictions on that," said Mr Rathawat.

"This scheme was initially introduced during the 1998 Tom Yum Kung crisis to revive the economy and had an investment threshold of 40 million baht, a rather small amount in the modern day. Maybe this threshold needs to be reconsidered."

He said clearer criteria may cause Thais to be more welcoming to the scheme, while ease of application could help with the promotion to foreign investors, avoiding a repeat of 1998 when the scheme but did not receive positive feedback.

Somphop Manarangsan, president of Panyapiwat Institute of Technology, cautioned that the Thai government must ensure the privileges extended to foreigners will bring long-term benefits, such as technological development and innovation. The scheme should not result in rising land prices for Thais, he said.

Nipon Puapongsakorn, a distinguished fellow at Thailand Development Research Institute, said Thailand needs something beyond a gimmick to attract foreign investment. The answer lies in the country's ability to increase investor confidence, rather than trying to lure them with a land scheme, said Mr Nipon.

He said Vietnam has more free trade agreements than Thailand, which is a concrete example of an advantage for investors, offering a wider market.

"Foreign capital … so what? It's short-term. The government must create an investment environment and improve laws to make investors feel it is worth doing business here," Mr Nipon said.

Another person voicing strong opposition to the government's proposed plan is Pornpana Kuaycharoen, founder and coordinator of Land Watch Thai.

"I would like to turn the question around. Who really benefits from this policy? It's rich people. Those who already own the majority of land in the country will make a profit from selling it to investors and make the problem of land ownership inequality in Thailand even worse," Ms Pornpana said.

"As a lot of Thais still own no land, why should we allow foreign investors take more of the country's land?"