Five key growth opportunities in Southeast Asia could materialise with the right kind of support.

As the world emerges from Covid-19 and faces stagflation and war, climate crisis remains one of the greatest threats to humanity. A green recovery has become a priority for policymakers in Southeast Asia and around the world, who aim to create a more sustainable path that focuses on the environment, climate change and disaster preparedness.

"A green recovery helps reduce the risks of a future pandemic. … It will also help create jobs which are going to be quite critical and increase the competitiveness of economies," said Ramesh Subramaniam, director-general for Southeast Asia of the Asian Development Bank.

- Supporting productive and regenerative agriculture by using technologies and innovation to support precision agriculture and improve agricultural practices will be relevant to food security that is being threatened by rising fuel and food prices.

- The circular economy model is based on policies and programmes that support the processing of waste and byproducts into usable and valuable products across various sectors. "Aside from generating jobs, the green growth opportunities will also help towards meeting the Sustainable Development Goals," said Dulce Zara, senior regional cooperation officer for Southeast Asia at the ADB.

"In particular, investments in the five green growth areas will help achieve 90 to 100 percent of the targets for the SDGs on affordable and clean energy," she said at an online webinar organised recently by the ADB and the ISEAS-Yusof Ishak Institute.

These five green growth opportunities are highly interconnected. For instance, productive and regenerative agricultural techniques and technologies can lead to the development of bioenergy sources, enhance renewable energy development and minimise the leakage of harmful fertilisers into the oceans.

Safeguarding the health of the oceans will give rise to new circular economy models such as recycling and utilising agricultural waste and materials. "Consequently, developing measures to capture one real opportunity can have implications for others. It offers the possibility to design strategies that maximise the benefits across multiple opportunities," she said.

Ms Zara highlighted three steps to implement a green recovery in Southeast Asia. "The first one is to mainstream environmental resilience in policymaking," she said, adding that policymakers should embed environmental considerations as much as possible in all Covid-related measures. Then they can undertake policy interventions in the green opportunities.

"Throughout this process, there is a strong role for international collaboration to support knowledge and capacity building," added Ms Zara. 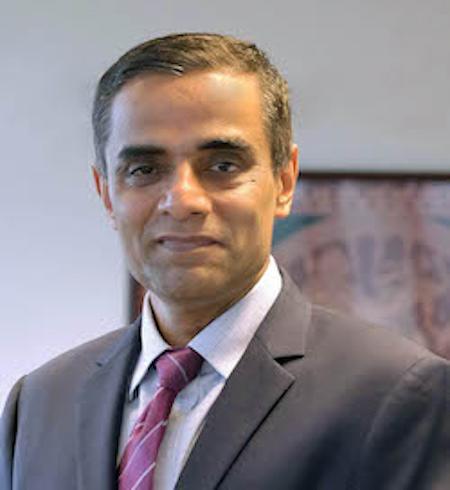 Southeast Asia has its own challenges when it comes to climate change, starting with the stark fact that it is an existential threat.

"The world has warmed more than 1.2 degrees above pre-industrial levels and it's on track to warm by 2.1 to 2.7 degrees by the end of the century," said Sharon Seah, senior fellow and coordinator of the Southeast Asian climate change programme at the ISEAS-Yusof Ishak Institute.

The agreement at the COP26 climate talks in Glasgow last year is insufficient to maintain the pledge of keeping the global temperature rise under 2.0C, she said. "So if we fail or if we regress, as we've now seen with some countries, due to the fact of rising energy prices caused by the conflict in Ukraine and Russia, this warming may reach over 3.5 degrees.

"Regardless of the efforts that we make today, we are actually locked in already to a temperature increase. And this causes existential threats to Southeast Asia because many of the countries in the region are very vulnerable to the impacts of climate change. And the kinds of changes that are going to come on board in the next few years, the next few decades, are actually going to threaten lives and livelihoods."

The region accounts for only 5.6% of total global emissions. However, the future emissions trajectory is projected to grow in tandem with population and economic growth. "In terms of disproportionality, the impacts in Southeast Asia are actually not uniform, whether within a country or across countries.

"So the prediction is actually for more extreme cyclones and uneven increases in rainfall and flooding, as we are now experiencing inundations even in some parts of mainland Southeast Asia," said Ms Seah, adding that the ability to adapt and mitigate the impacts is also disproportionate because it's tied to each country's capacity and capabilities.

"And the third problem is that everybody's problem can in fact become nobody's problem because there's the risk of doing nothing and the risk of free-riding on others, so that can result in dire consequences for this region." 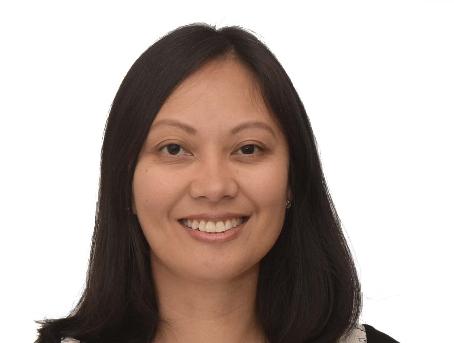 "Investments in the five green growth areas will help achieve 90-100 percent of the targets for the SDGs on affordable and clean energy," says Dulce Zara, senior regional cooperation officer for Southeast Asia with the ADB. SUPPLIED

Southeast Asia's economy is projected to grow by 4.9% this year and 5.2% in 2023, according to the most recent figures from the ADB. "There might be some downgrading that will dampen that recovery but it won't be derailed," said Jayant Menon, a senior fellow at the ISEAS-Yusof Ishak Institute.

The question is how much of the growth recovery will translate into a green recovery, Mr Menon stressed. In his view, the best indicator of a successful green recovery is progress towards meeting the Sustainable Development Goals (SDGs), which have a deadline of 2030.

"This region was already falling behind the SDG targets before the pandemic started and this made the effects of the pandemic a lot worse," he acknowledged. As progress towards the targets has been slowed, "we've been caught in this vicious circle which we need to break".

The right kind of investments must be made, including reducing subsidies for fossil fuels, he added.

The transition to a new growth model must not only be green, but also just, equitable and inclusive. Recent evidence shows that Covid-19 and climate change have disproportionately affected women and girls, said Bonaria Siahaan, CEO of Yayasan CARE Peduli, the Indonesian branch of the international humanitarian organisation. Education is a particular concern, in her view.

"There is a significant gender gap in girls accessing STEM (Science, Technology, Engineering and Mathematics) subjects and this actually comes with a high risk for girls in the future as well as women to actually access the benefits of green opportunities," she said.

Targeted policies for women and girls are needed in order to ensure they benefit from the five green opportunities outlined in the ADB report, she said. Financial resources in particular must be targeted at women and girls in both the employment and education sectors.

In the past two years, there has been a significant dropout rate among girls from schools and an increase in child marriages -- in Indonesia the rate is up by 10-15%, Ms Siahaan said.

"How do we reach out specifically to those that have that are on the brink of dropping out or those that are already out of school -- to bring them back … to be able to equip themselves better to accept these opportunities?"

Women and girls should not be an add-on or a residual effect of policies but rather an integral part of the goals, targets and strategies, said Ms Siahaan. 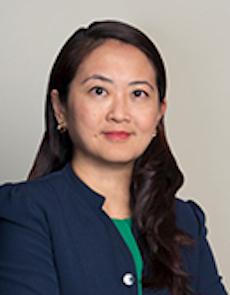 "Regardless of the efforts that we make today, we are actually locked in already to a temperature increase," says Sharon Seah, coordinator of the Southeast Asian climate change programme at the ISEAS-Yusof Ishak Institute. SUPPLIED

When it comes to green policies, governments play a big role to make them happen, including mobilising the private sector to adopt and support energy transition programmes, said Ferry Akbar Pasaribu, deputy assistant for investment strategy at the Coordinating Ministry for Maritime and Investment Affairs of Indonesia.

While his country has been slowly increasing renewable energy in its power mix, "the implementation is still facing a lot of challenges" since renewable sources accounted for only 11.7% of total energy generation in 2021.

"I'm quite worried as well because, by 2025, there will be a new government. And renewables should contribute 23% (by then)," said Mr Pasaribu. "There's still a long way to go -- we're not even halfway yet."

Incentives to make the transition are greatly needed given that Indonesia is one of the most vulnerable countries to rising sea levels and climate change. A tax holiday -- "a very traditional way to attract investors" -- is now being designed by the ministry of finance, he noted.

Indonesia is trying to reduce fossil fuel consumption in its transport system as well. "I think we've been quite successful in developing our electric vehicle industry starting from upstream to downstream," said Mr Pasaribu.

In May of this year, the government secured a deal with US-based Tesla, one of the world's biggest electric vehicle makers, to build a battery and EV factory in the country. The archipelago is rich in nickel which is crucial in the production of batteries used in electric cars.

"We work with China and Korea. And I guess that would be a big bang when it comes to reducing our dependence on a fossil fuel-fired transport system," he added.

Indonesia has also introduced a green taxonomy system under which businesses will qualify for lower lending interest rates if they invest in green projects. While banks and financial institutions are adopting more green financial practices, the majority are still investing in traditional sectors, he noted.

"We are sitting on one of the largest coal reserves in the world so it takes a battle to really change the economic structure of Indonesia," he said. "The task to shift to renewable energy is not easy but it doesn't mean that we don't want to go that direction."