The Bank of Thailand raised its key interest rate for the first time in nearly four years yesterday in an effort to wrestle control over surging inflation as the economic recovery gains momentum.

The central bank could also revise up the economic growth forecast this year, given the clearer signs of economic recovery.

The central bank's Monetary Policy Committee (MPC) voted six to one to raise the policy rate by a 0.25 percentage point from 0.50% to 0.75%, effective immediately. The policy rate had been kept at a record low of 0.50% since May 2020.

One member voted to raise the policy rate by a 0.50 percentage point to reduce the risk of having to increase the policy rate aggressively later and views that such a rate increase would not significantly affect the economic recovery.

The rate was last raised in December 2018.

According to MPC secretary Piti Disyatat, given the clearer economic recovery, the committee would update the economic situation at the next meeting scheduled for Sept 28 and it is possible the central bank would review its GDP growth forecast for 2022 from its existing assessment of 3.3%.

Mr Piti said that looking ahead in terms of monetary policy, gradual policy normalisation is suitable in accordance with Thailand's economic rebound and the central bank's inflation targets for the medium- to long-term.

The MPC does not need to speed up policy rate moves for its remaining two meetings scheduled for this year, he added.

He said that under a discussion between the central bank and commercial banks, the private banks may not increase their interest rate immediately for both deposit rates and prime lending rates.

Their interest rate increases are expected to be gradual both in terms of the timing of the increases and the level of increase. 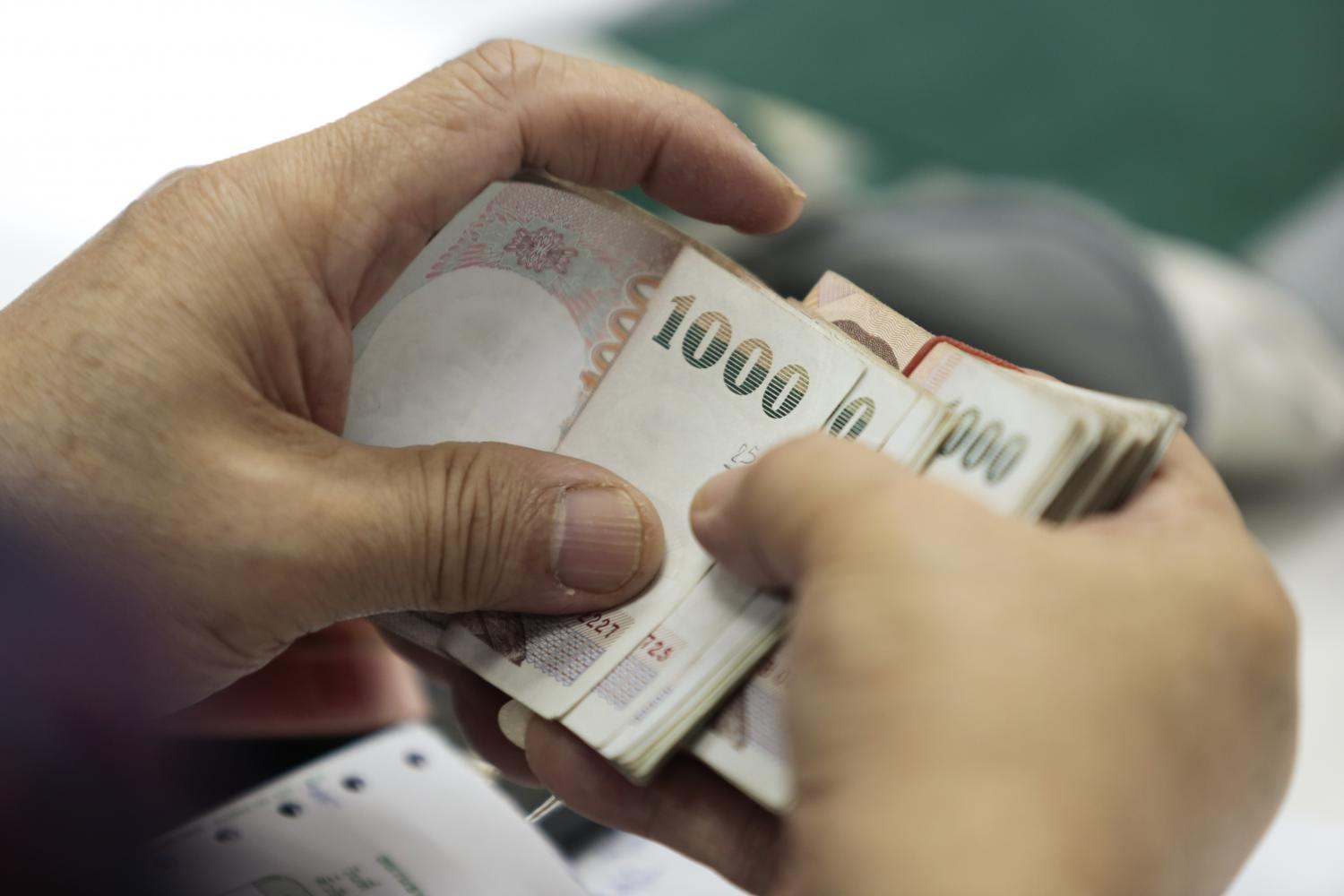 The MPC voted yesterday to raise the policy rate by 0.25 percentage point from 0.50% to 0.75%, effective immediately. The policy rate had been kept at a record low of 0.50% since May 2020. Patipat Janthong

The banks' interest rate moves could be delayed by around 3-4 months after the policy rate hike, Mr Piti said.

According to the MPC, the country's economic recovery has continued to strengthen and the economy is expected to return to the pre-Covid level by the end of this year and will continue to gain traction.

The economy is projected to continue recovering with strong momentum, due to a larger-than-expected number of foreign tourist arrivals following the relaxation of international travel restrictions and improved travel sentiment.

Private consumption would continue to recover in line with improvements in labour market conditions and household income.

Although the risk of a global slowdown has heightened, the impact on the Thai economy would be limited.

However, there remains a need to monitor risks to the growth outlook in the period ahead, especially the impact of rising living costs with regard to private consumption.

Headline inflation will remain at a high level throughout 2022 before gradually falling into the central bank's target range in 2023 as the supply-side inflationary pressures subside.

The inflation outlook is still subject to upside risks, including potentially higher and faster cost pass-through to core inflation. 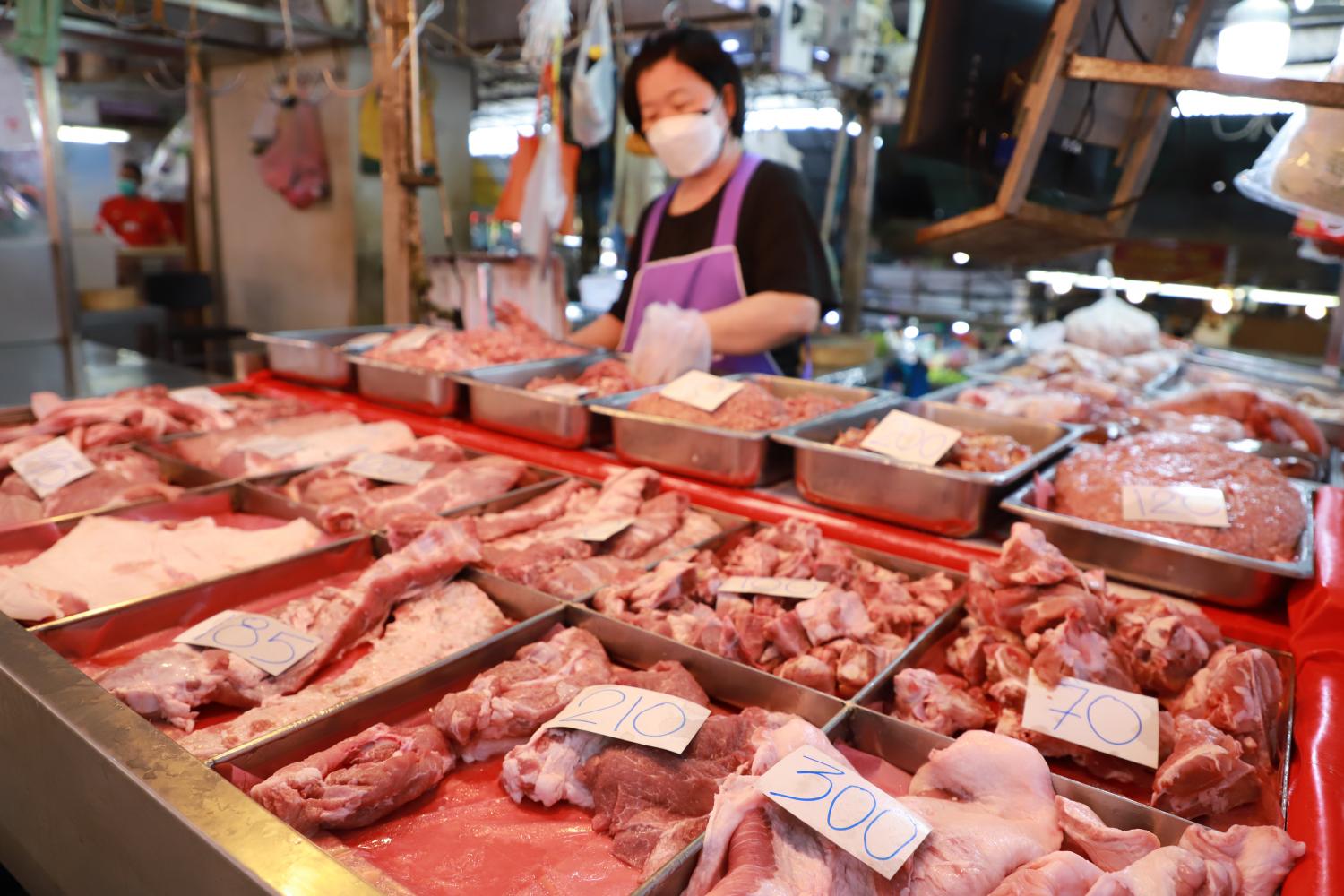 A vendor prepares meat for sale at a fresh market in Samut Prakan as inflation persists. Somchai Poomlard

During this week, the chiefs of major commercial and state banks have vowed to hold interest rates steady for the time being in order to help customers avoid any possible impact from the policy rate increase.

Finance Minister Arkhom Termpittayapaisith said yesterday that he has asked the central bank to inform the commercial banks that they should consider the economic situation when adjusting their interest rates.

If they rush to raise the rates after the policy rate hike, such a move could stymie the country's economic recovery.