A variety of instant noodle products displayed on shelves at a convenience store in Bangkok. (Photo: Pattanapong Hirunard)

Commerce Minister Jurin Laksanawisit has ordered the Internal Trade Department to consider the request of makers of the five largest instant noodle brands to allow them to raise their prices in line with soaring production costs.

But he personally argued a proposed hike by two baht per packet from 6 baht to 8 baht is considered too high and such a hefty increase may especially hit low-income earners.

"Whether to allow the manufacturers of instant noodles to increase their prices will rest on the decision of the Internal Trade Department which will later study and analyse their production costs," said Mr Jurin.

"I've already instructed the department that the price adjustment, if approved, should come in line with the makers' real production costs and have the least impact on consumers."

However, the minister admitted that production costs of local instant noodle manufacturers have significantly risen, including energy, electricity bills, gas prices, transportation costs and raw materials such as wheat and vegetable cooking oil.

Manufacturers of the five largest instant noodle brands -- Mama, Wai Wai, Yum Yum, Nissin and Suesat -- on Tuesday jointly submitted a letter signed by a high-ranking executive of the five instant noodle producers to the Internal Trade Department under the Commerce Ministry to ask to hike the price of their instant noodles from 6 baht per packet to 8 baht. 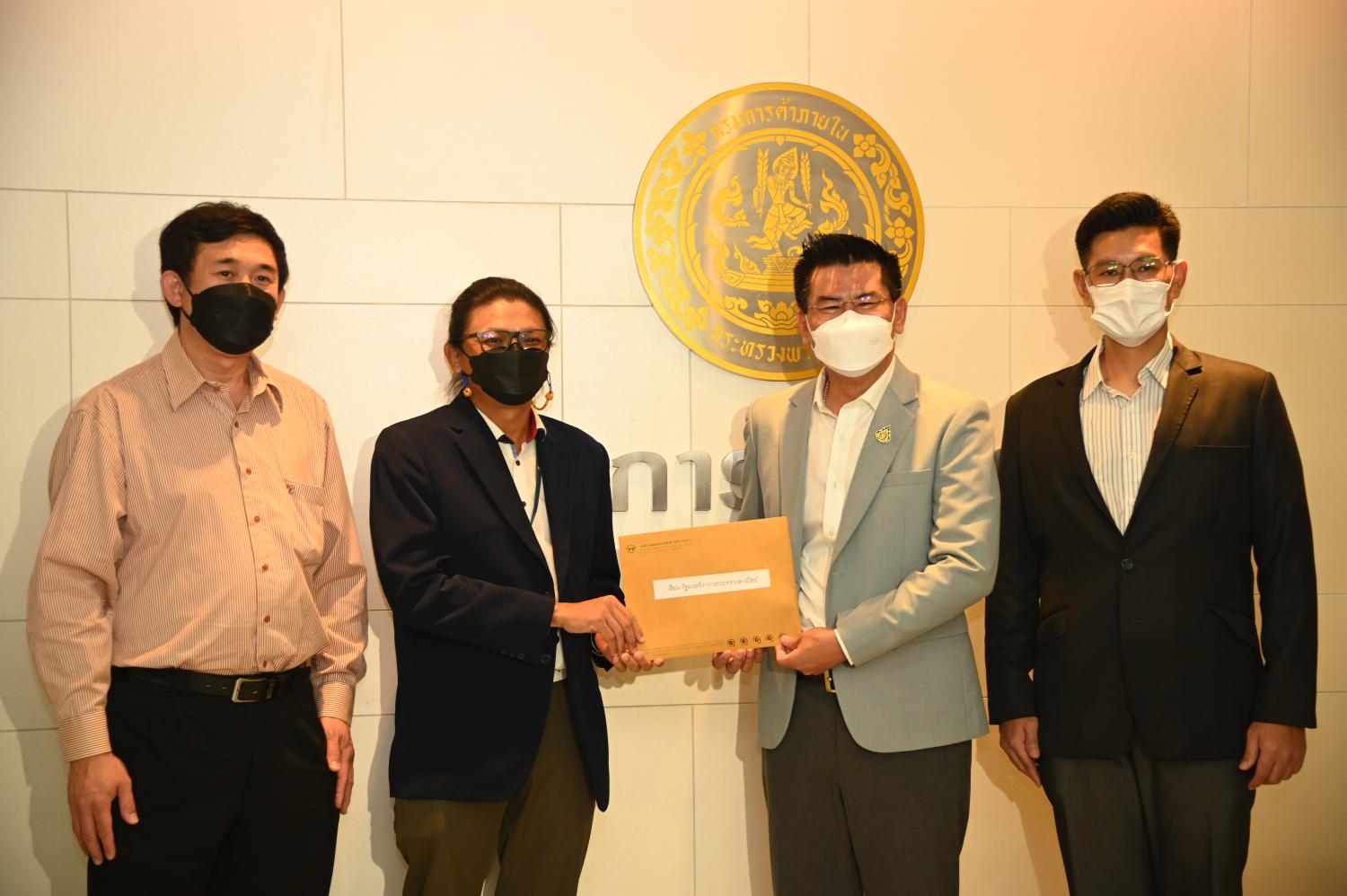 Veera Napapruksachart, assistant managing director of Thai Preserved Food Factory Co, the manufacturer and distributor of Wai Wai brand, left, and Mr Pun, second from left, submit a letter to the Internal Trade Department to ask for an increase in the price of their instant noodles.

Each manufacturer earlier individually sought to raise its prices since the middle of last year after the prices of the main raw materials used to produce the noodles surged.

Pun Paniangvait, manager of the president's office at Thai President Foods Plc, manufacturer of Mama instant noodles, said he admitted that during the current difficult period sales of instant noodles are on the rise.

"But the more the sales increase, the higher losses we suffer because of the continued surge in production costs and key raw material prices," said Mr Pun.

If the Internal Trade Department turns down the makers' requests, they are ready to resubmit their proposals to raise their instant noodle prices.

He insisted the department is ready to consider the instant noodle manufacturers' requests, but the approval may vary, depending on the costs of each company.