Government in talks on 4am closing time

Khao San Road could see night entertainment venues open until 4am after the government held talks with local businesses, as both sides try to maintain positive momentum for the upcoming high season.

Tourism and Sports Minister Phiphat Ratchakitprakarn said his ministry discussed the matter with the Khao San Road Business Association on Wednesday, with more public hearings with nearby communities needed before night entertainment hours are extended from 2am to 4am.

The ministry is preparing to submit the proposal to the Centre for Covid-19 Situation Administration (CCSA) either this month or in September.

Mr Phiphat said Khao San Road has been selected as the only destination in Bangkok to potentially have the extended opening hours, while each tourism province would also have one or a few potential areas, which first required public hearings with local communities before being included.

Besides Khao San Road, there are potential areas in Patong (Phuket), Khao Lak (Phangnga) and Ao Nang (Krabi), while Chiang Mai and Pattaya are still selecting their possible options.

Meanwhile, tourism operators in Samui would like the whole island to be allowed to open until 4am, but the minister said he wanted to consider the proposal carefully.

He said his ministry hoped the new opening hours would become effective from October in order to create a positive vibe for the upcoming high season, after the flow of international arrivals grew stronger with 4 million in total so far this year.

The 4am plan has been opposed by the Centre of Alcohol Studies of Maha Sarakham University's Faculty of Pharmacy, which said extended hours for alcohol sales risked more casualties from drink driving and assaults. 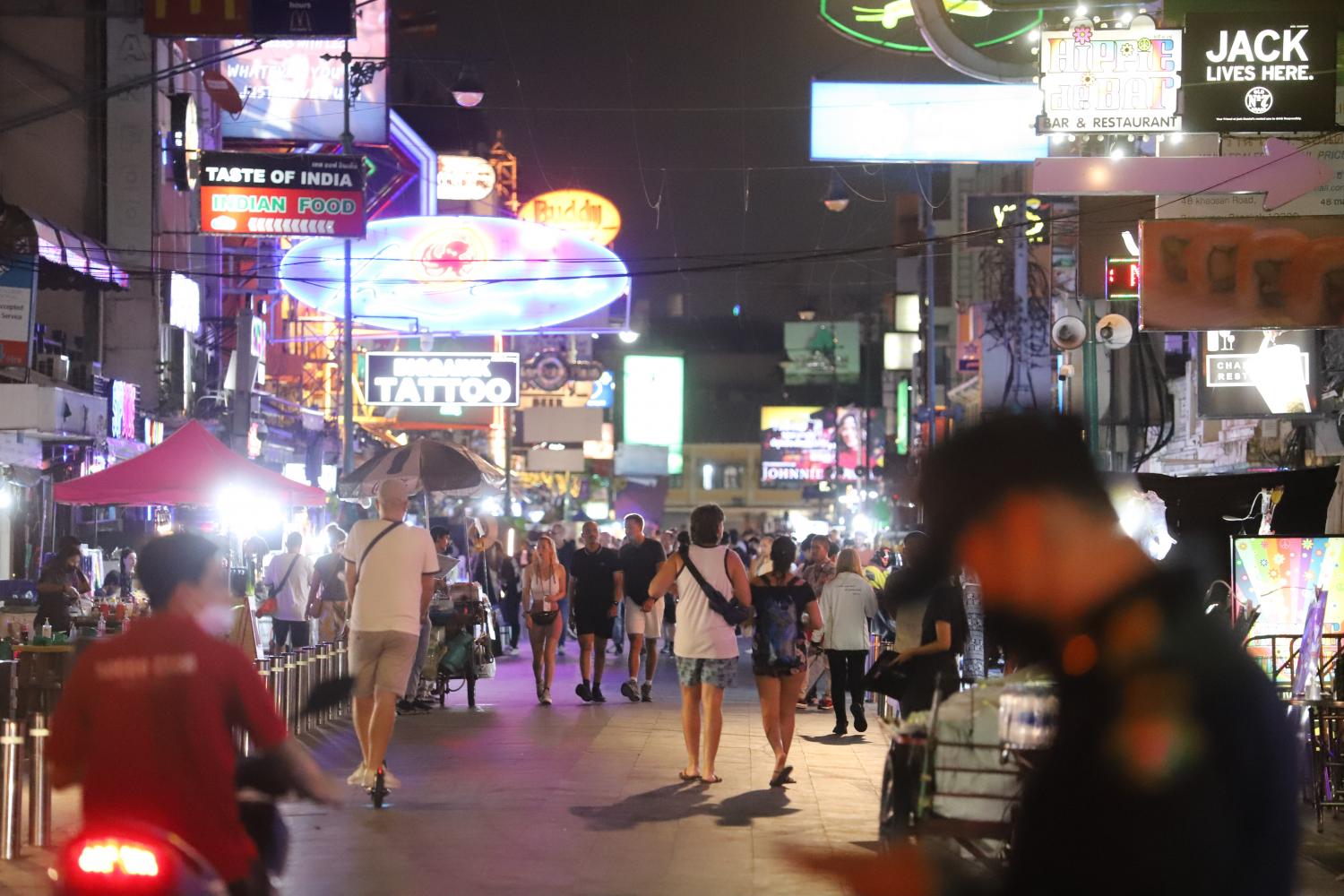 Tourism Authority of Thailand (TAT) governor Yuthasak Supasorn said the growth this month was as steady as forecast.

To help support slower domestic tourism during the low season, TAT allocated a budget of around 5 million baht to the Tourism Council of Thailand (TCT) to support bus tour programmes by providing a subsidy worth 10,000 baht per bus.

There were 200 buses in total, or 40 buses from five of the country's regions, that could benefit from the programme.

However, if the Centre for Economic Situation Administration (CESA) approves the Booster Shot plan to stimulate tourism this year, TCT would like to receive an additional budget for 5,000 buses nationwide.