A half-century after founding the outdoor apparel maker Patagonia, Yvon Chouinard, the eccentric rock climber who became a reluctant billionaire with his unconventional spin on capitalism, has given the company away.

Rather than selling the company or taking it public, Chouinard, his wife and two adult children have transferred their ownership of Patagonia, valued at about $3 billion, to a specially designed trust and a nonprofit organisation. They were created to preserve the company’s independence and ensure that all of its profits — some $100 million a year — are used to combat climate change and protect undeveloped land around the globe.

The unusual move comes at a moment of growing scrutiny for billionaires and corporations, whose rhetoric about making the world a better place is often overshadowed by their contributions to the very problems they claim to want to solve.

At the same time, Chouinard’s relinquishment of the family fortune is in keeping with his long-standing disregard for business norms and his lifelong love for the environment.

“Hopefully this will influence a new form of capitalism that doesn’t end up with a few rich people and a bunch of poor people,” Chouinard, 83, said in an exclusive interview with The New York Times. “We are going to give away the maximum amount of money to people who are actively working on saving this planet.”

Patagonia will continue to operate as a private, for-profit corporation based in Ventura, California, selling more than $1 billion worth of jackets, hats and ski pants each year. But the Chouinards, who controlled Patagonia until last month, no longer own the company.

In August, the family irrevocably transferred all the company’s voting stock, equivalent to 2% of the overall shares, into a newly established entity known as the Patagonia Purpose Trust.

The trust, which will be overseen by members of the family and their closest advisers, is intended to ensure that Patagonia makes good on its commitment to run a socially responsible business and give away its profits. Because the Chouinards donated their shares to a trust, the family will pay about $17.5 million in taxes on the gift.

The Chouinards then donated the other 98% of Patagonia, its common shares, to a newly established nonprofit organisation called the Holdfast Collective, which will now be the recipient of all the company’s profits and use the funds to combat climate change. Because the Holdfast Collective is a 501(c)(4), which allows it to make unlimited political contributions, the family received no tax benefit for its donation.

“There was a meaningful cost to them doing it, but it was a cost they were willing to bear to ensure that this company stays true to their principles,” said Dan Mosley, a partner at BDT & Co, a merchant bank that works with ultrawealthy individuals including Warren Buffett, and who helped Patagonia design the new structure. “And they didn’t get a charitable deduction for it. There is no tax benefit here whatsoever.”

By giving away the bulk of their assets during their lifetime, the Chouinards — Yvon, his wife Malinda, and their two children, Fletcher and Claire, who are both in their 40s — have established themselves as among the most charitable families in the country.

Patagonia has already donated $50 million to the Holdfast Collective and expects to contribute an additional $100 million this year, making the new organisation a major player in climate philanthropy.

Mosley said the story was unlike any other he had seen in his career. “In my 30-plus years of estate planning, what the Chouinard family has done is really remarkable,” he said. “It’s irrevocably committed. They can’t take it back out again, and they don’t want to ever take it back out again.”

For Chouinard, it was even simpler than that, providing a satisfactory resolution to the matter of succession planning.

“I didn’t know what to do with the company because I didn’t ever want a company,” he said from his home in Jackson, Wyoming. “I didn’t want to be a businessman. Now I could die tomorrow and the company is going to continue doing the right thing for the next 50 years, and I don’t have to be around.” (Story continues below) 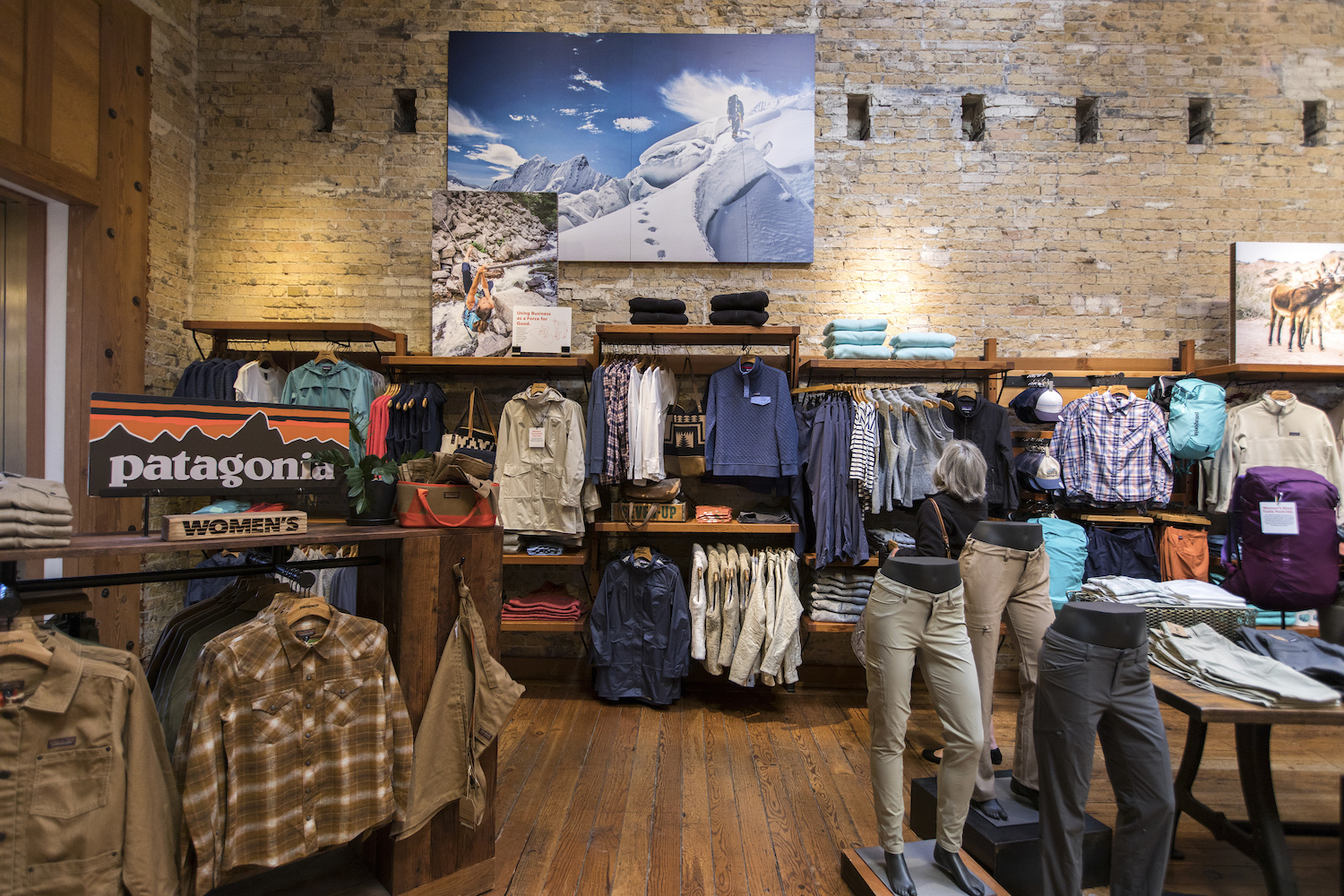 In some ways, the forfeiture of Patagonia is not terribly surprising coming from Chouinard.

As a pioneering rock climber in California’s Yosemite Valley in the 1960s, Chouinard lived out of his car and ate damaged cans of cat food that he bought for 5 cents apiece.

Even today, he wears raggedy old clothes, drives a beat-up Subaru and splits his time between modest homes in Ventura and Jackson. Chouinard does not own a computer or a cellphone.

Patagonia, which Chouinard founded in 1973, became a company that reflected his own idealistic priorities, as well as those of his wife. The company was an early adopter of everything from organic cotton to on-site child care, and famously discouraged consumers from buying its products, with an advertisement on Black Friday in The New York Times that read, “Don’t Buy This Jacket.”

The company has given away 1% of its sales for decades, mostly to grassroots environmental activists. And in recent years, the company has become more politically active, going so far as to sue the Trump administration in a bid to protect Bears Ears National Monument.

Yet as Patagonia’s sales soared, Chouinard’s own net worth continued to climb, creating an uncomfortable conundrum for an outsider who abhors excessive wealth.

“I was in Forbes magazine listed as a billionaire, which really, really pissed me off,” he said. “I don’t have $1 billion in the bank. I don’t drive Lexuses.”

The Forbes ranking, and then the Covid-19 pandemic, helped set in motion a process that would unfold over the past two years, and ultimately lead to the Chouinards giving away the company.

In mid-2020, Chouinard began telling his closest advisers, including Ryan Gellert, the company’s CEO, that if they couldn’t find a good alternative, he was prepared to sell the company.

“One day he said to me, ‘Ryan, I swear to God, if you guys don’t start moving on this, I’m going to go get the Fortune magazine list of billionaires and start cold-calling people,’” Gellert said. “At that point we realised he was serious.”

The easiest paths, selling the company or taking it public, would have given Chouinard ample financial resources to fund conservation initiatives. That was the strategy pursued by his best friend, Doug Tompkins, founder of clothing companies Esprit and The North Face.

But Chouinard had no faith that Patagonia would be able to prioritise things like worker well-being and funding climate action as a public company.

“I don’t respect the stock market at all,” he said. “Once you’re public, you’ve lost control over the company, and you have to maximise profits for the shareholder, and then you become one of these irresponsible companies.”

They also considered simply leaving the company to Fletcher and Claire. But even that option didn’t work, because the children didn’t want the company.

“It was important to them that they were not seen as the financial beneficiaries,” Gellert said. “They felt very strongly about it. I know it can sound flippant, but they really embody this notion that every billionaire is a policy failure.”

Finally, the legal team and board members landed on a solution.

In December, at a daylong meeting in the hills above Ventura, the entire team came together for the first time since the pandemic began. Meeting outside, surrounded by oak trees and avocado orchards, all four Chouinards, along with their team of advisers, agreed to move ahead.

“We still had a million and one things to figure out, but it started to feel like this might actually work,” Gellert said.

Now that the future of Patagonia’s ownership is clear, the company will have to make good on its lofty ambitions to simultaneously run a profitable corporation while tackling climate change.

Some experts caution that without the Chouinard family having a financial stake in Patagonia, the company and the related entities could lose their focus. While the children remain on Patagonia’s payroll and the elder Chouinards have enough to live comfortably on, the company will no longer be distributing any profits to the family.

“What makes capitalism so successful is that there’s motivation to succeed,” said Ted Clark, executive director of the Northeastern University Center for Family Business. “If you take all the financial incentives away, the family will have essentially no more interest in it except a longing for the good old days.”

For the Chouinards, it resolves the question of what will happen to Patagonia after its founder is gone, ensuring that the company’s profits will be put to work protecting the planet.

“I feel a big relief that I’ve put my life in order,” Chouinard said. “For us, this was the ideal solution.”

This article originally appeared in The New York Times