Towering above the rest
Business

Towering above the rest

Amid global concern over inflation and rising interest rates, Vietnam has emerged as a rare economic bright spot, boasting healthy GDP growth and an array of opportunities, write Nuntawun Polkuamdee and Nareerat Wiriyapong

The Hanoi skyline. Vietnam has posted strong economic growth this year, according to One Asset Management.

Vietnam, an emerging market with one of the highest growth rates in the world, has drawn significant investments from abroad.

The country's bourse often offers a high rate of return on investment, while the nation is not expected to suffer from the high inflation and rising interest rates that developed countries are plagued by, raising the possibility that these nations might enter a recession soon.

In August, as bourses in developed markets declined, Vietnam's stock markets rebounded by more than 4% thanks to continued capital inflows and economic stimulus measures launched by the government. Vietnam's monetary policy is relatively moderate, particularly when compared with developed countries.

There are four key factors contributing to strong economic growth and attracting investors to Vietnam, making it one of the few countries offering high returns, said investment firm One Asset Management (ONEAM).

To start with, Vietnam's economy has continued its sturdy expansion despite the pandemic. Most recently, second-quarter GDP rose 7.7% year-on-year, accelerating from 5% in the previous quarter.

A recovery in consumption and the service sector following the reopening of the country at the end of last year contributed to such growth. ONEAM analysts believe GDP growth for 2022 could soar to 6.1-6.5%.

Third, land reform policies, such as land appraisal using market prices and limits on agro-industrial areas not exceeding 20 hectares per factory, have been applauded, said the brokerage. The policies are seen as ensuring that land benefits the vast majority of the population, not just the wealthy.

Various infrastructure projects have also been introduced by the government to ensure greater efficiency in tax collection.

Finally, Vietnam's stock exchange revised its securities trading regulations by reducing the settlement date from two to 1.5 days, which is expected to facilitate the launch of more sophisticated products in the future, according to ONEAM.

ONEAM acknowledges that short-term investors still have to be cautious when investing in Vietnam, especially as the local stock market may be negatively affected by regional volatility.

Long-term investors, meanwhile, are recommended to "accumulate or use a DCA investment strategy" as market analysts adjust their views.

DCA, or dollar-cost averaging, is the practice of allocating a set amount of money at regular intervals, usually less than a year (monthly or quarterly), for investment. DCA is generally used for more volatile investments such as stocks or mutual funds rather than for bonds or certificates of deposit.

ONEAM believes the Vietnamese stock market has a chance to develop to the same level as other Asian bourses in the future.

Principal Vietnam Equity Fund A (PRINCIPAL VNEQ-A), with returns over the past year of 75.8%. The minimum initial purchase value is 1,000 baht.

One Vietnam Equity Fund (ONE-VIETNAM-RA), with returns over the past year of 65.4%. The first-time minimum purchase value is 5,000 baht.

United Vietnamese Opportunity Fund (UVO), with returns over the past year of 61.6%. No minimum initial purchase is required.

K-Vietnam Equity Fund (K-VIETNAM), with returns over the past year of 58.3%. The minimum initial purchase value is 500 baht.

Krungsri Vietnam Equity Fund-A (KFVIET-A), with returns over the past year of 54.7%. The minimum purchase value for new investors is 2,000 baht. 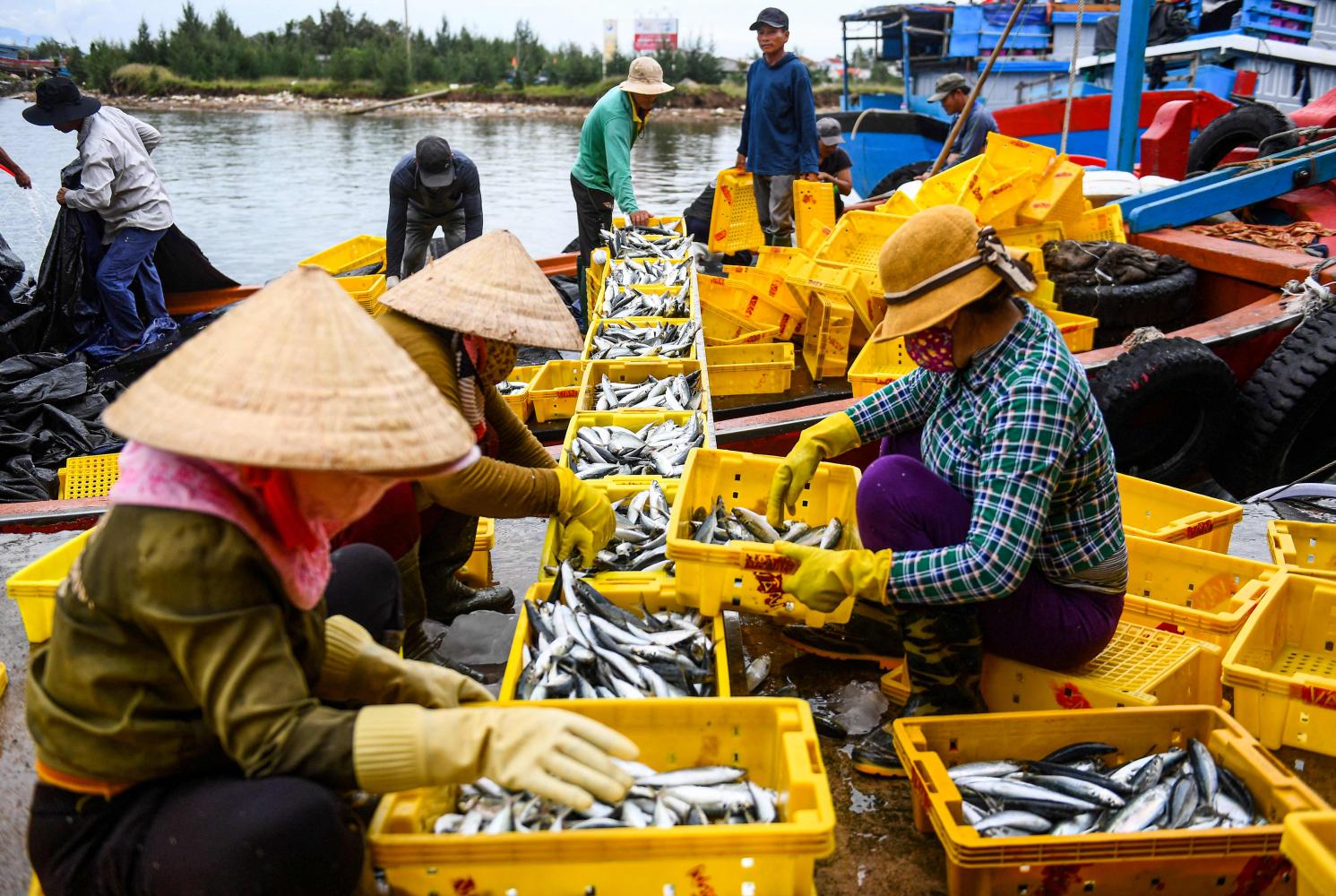 Chaiyaporn Nompitakcharoen, executive vice-president of Bualuang Securities (BLS), has advice for investors during this period of tumult for global bourses because of concerns over rapid US interest rate increases, high inflation and fears of a global recession.

"Investing in these assets is suitable for newbies focused on the long term," said Mr Chaiyaporn.

BLS recommends investing in DR "E1VFVN3001", whose underlying securities are ETFs based on the VN30 Index. It invests in the country's top 30 stocks and high-liquidity companies on the Ho Chi Minh Stock Exchange.

He said at the end of 2018, BLS was among the first to predict the Vietnamese economy would continue to grow strongly. The nation's GDP is estimated to expand by an average of 6-7% per year for the next 3-5 years based on export growth and strong FDI flows into the country, said Mr Chaiyaporn.

Earlier this month, South Korean conglomerate Lotte unveiled a project to build a 60-storey shopping mall, offices and other facilities on 50,000 square metres of land in Ho Chi Minh City. The US$900-million complex marks a fresh overseas start for the company after it was forced out of the Chinese market five years ago because of geopolitical tensions.

Speaking at the project's ground-breaking on Sept 7, Lotte chairman Shin Dong-bin said the group will expand its investments in Vietnam, noting the nation's population of roughly 100 million people trends young, with an average age of 33.

Lotte views Vietnam as "the country with the highest growth potential in Asia," he said. The group operates 15 large supermarkets and 270 fast food restaurants in Vietnam, along with department stores and hotels. A total of 19 Vietnam-based affiliates employ more than 10,000 people.

After South Korea and Japan, Vietnam will become Lotte's No.3 market where group companies will concentrate their resources, according to the firm.

"In the short run, on the fiscal front, the focus should be on the implementation of the Recovery and Development policy package and expanding targeted social safety nets to help buffer the poor and vulnerable from the effects of the fuel price shock and rising inflation," the bank said in its economic update for Vietnam on Aug 8.

In the financial sector, close monitoring and strengthening of non-performing loan reporting and provisioning, as well as adopting an insolvency framework, would be recommended, said the bank.

"If upside risks to inflation materialise, with core inflation accelerating and the consumer price index moving above the 4% target set by the government, the central bank should be ready to pivot to monetary tightening to quell inflationary pressures through interest rate hikes and tighter liquidity provision," the report noted.