A sign in Laos indicating the Paklay-Poodoo road construction project. The completed project has resulted in greater trade between Thailand and Laos.

Finance Minister Arkhom Termpittayapaisith recently said while Thai trade was disrupted by the pandemic over the past two years, cross-border trade endured, attributed to expanding connectivity with nearby countries.

Mr Arkhom said the continued improvement of the country's cross-border rules and transport agreements will further boost intra-Asean trade. This intra-regional activity can become a buffer for Thailand during times when the global economy shrinks.

According to the Department of Foreign Trade, the cross-border trade value (imports and exports combined) between Thailand and Laos, Cambodia, Myanmar and Malaysia surged 21.6% year-on-year to 924 billion baht in 2021. 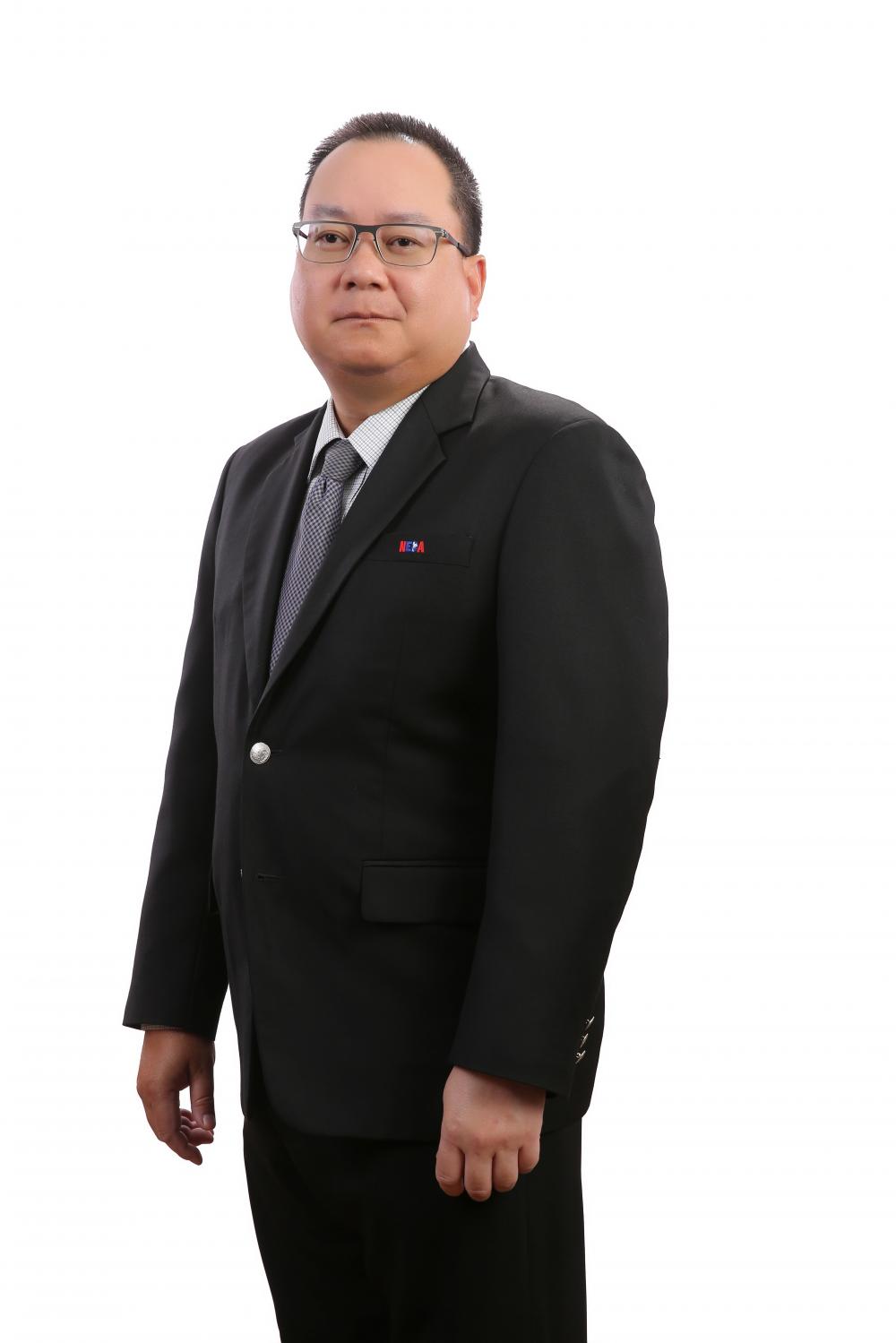 During January to April this year, the border trade value between Thailand and these four neighbouring countries rose 19.6% year-on-year to 353 billion baht.

Of the total, exports accounted for 212 billion baht, up 17.5% from the same period last year, while the import value increased 22.9% year-on-year to 141 billion.

The ministry's Neighbouring Countries Economic Development Cooperation Agency (Neda) plays a key role in driving the expansion of border connectivity via soft loans and grants to some neighbours.

Neda's soft loans and grants are for countries to build critical infrastructure for their social and economic development, ranging from roads, railways and bridges to water and electric utilities.

"This infrastructure development has resulted in smoother and greater flow of trade between Thailand and its neighbours," said Neda president Perames Vudthitornetiraks.

Mr Perames said the agency has extended total loans worth around 21 billion baht to more than 50 projects over the past 17 years since its establishment. Most of the loans were extended to Laos, Cambodia and Myanmar.

He said the loans help both Thailand and neighbouring countries.

Though the loans carry a low interest rate, the development of new infrastructure under the loans facilitates greater trade flow between Thailand and its neighbours, said Mr Perames.

One example of the booming trade as a result of Neda's loan scheme is the extension of the soft loan worth more than 700 million baht to Laos to develop the Paklay-Poodoo road project.

The 32-kilometre road has been completely developed, spanning from Poodoo border customs checkpoint in Thailand's Uttaradit province to Paklay town in Xayaburi, Laos.

The border trade value at Poodoo checkpoint last year jumped to 1.49 billion baht, up from 379 million in 2014 when there was no such road.

He said the project will be vital to trade between the two countries. The project is expected to be completed within the next few months.

The Thanaleng-Vientiane line will enhance rail connectivity between Thailand and Laos as Thailand already has a railway running from Nong Khai province to Thanaleng station, said Mr Perames.

The Thanaleng-Vientiane railway project should facilitate goods transport between the two countries, he said.

Another crucial project is the construction of the Fifth Thai-Lao Friendship Bridge between Bueng Kan province in Thailand and Bolikhamxai province in Laos.

The project, which costs more than 3 billion baht, is expected to be finished within 18 months. The construction shows 40% progress.

The Sixth Thai-Lao Friendship Bridge is being developed in Thailand's Ubon Ratchathani province. The project design is complete and funding sources are being considered, said Mr Perames.

He said Neda is in talks with Laos on the possibility of developing a bridge for a Thai high-speed train to cross the Mekong River in Nong Khai province.

The bridge is to serve the future connection in Nong Khai between the Thai high-speed train project, which is under construction, and the Laos-China high-speed railway. 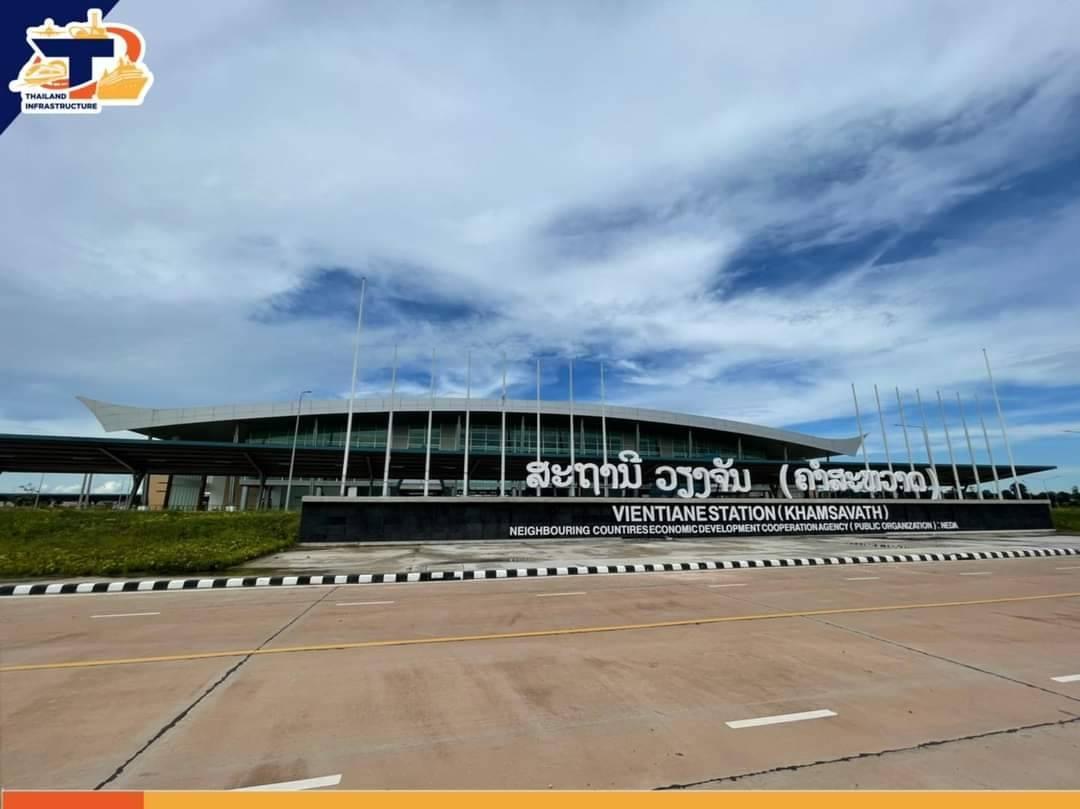 The existing Vientiane train station in Laos. A Neda project loan seeks to construct a 7.5km railway from Laos' Thanaleng area to link with this station.

Neda also granted soft loans worth 900 million baht to Cambodia for the construction of the Nong Ian-Stung Bot immigration checkpoint and roads to cater to expanding bilateral trade between the two countries.

Nong Ian is in Thailand's Sa Kaeo province, while the Stung Bot area is in Cambodia's Banteay Meanchey province.

Currently border trade between Thailand and Cambodia is conducted via Klong Luek in Sa Kaeo, which borders Cambodia's Poi Pet province. The area is congested as it is used for both immigration and goods transport.

Moving the customs process for goods to Nong Ian, which is 5km from Klong Luek, should help facilitate bilateral trade flow, according to the agency.

The project is expected to be finished in two years, with bilateral trade value at the new location estimated to expand to around 100 billion baht per year, up from around 80 billion at present.

The Nong Ian-Stung Bot border zone will be a key trade node as it is situated in the Southern Economic Corridor, which spans the Dawei deep-sea port in Myanmar, Thailand's Kanchanaburi, Prachin Buri and Sa Kaeo provinces, Cambodia's Phnom Penh and Vietnam's Ho Chi Minh City.

Neda plans to provide soft loans worth 4.2 billion baht to Myanmar for the development of the 132km road linking Thailand's Phu Nam Ron village in Kanchanaburi and Dawei deep-sea port in Myanmar.

Neda's board approved the loan for the project and was about to forward it for cabinet approval. However, the loan extension was suspended after the February 2021 coup in Myanmar.

Mr Perames said the agency no longer seeks a budget from the government for its loans, using instead the repayment of loan principal and interest as loans.

He said in the future the agency will issue green bonds to finance projects that will be developed under the environmental, social and governance concept.